7 Things to Know About Kiwi

Chop it up, scoop it out or eat it whole—fuzzy peel and all—kiwis are delicious and remarkably versatile, working as well in a green smoothie as in a marinade for tenderizing meat. Here are seven things that may surprise you about this humble little fruit.

Kiwis are native to China, not New Zealand
Kiwifruit may be named after the flightless New Zealand bird and be the country’s defining agricultural product, but the fuzzy fruit is actually native to China where it is grown mainly in the Shaanxi province. According to the Food and Agriculture Organization of the United Nations, China is the top producer of kiwi, growing over 2 million tons in 2017, nearly five times more than New Zealand. Fun Fact: Italy edges out New Zealand in kiwi production by more than 100,000 tons. 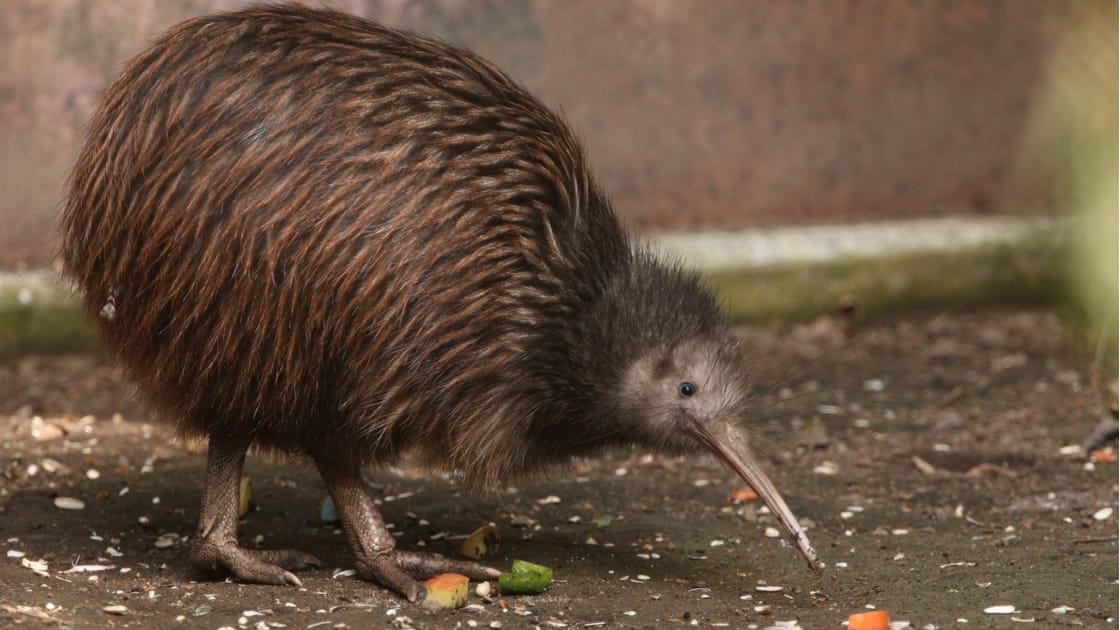 The kiwifruit is named for New Zealand's native bird.

The kiwi has undergone major rebranding exercises
At different points in time, kiwi was known by different names—yang tao, Chinese gooseberry and melonette among them—but a kiwi by any other name would taste as sweet. Its original name in Chinese is mi hou tao, or “macaque peach,” referring to the monkeys that loved it. According to New Zealand’s official history website, its seeds were first brought into the country in 1904 by Mary Isabel Fraser, the principal of Wanganui Girls’ College, who had been visiting mission schools in China. The vines first fruited in 1910 and the fruit was described to have a gooseberry flavor, so it became known in New Zealand as the Chinese gooseberry.

Kiwis come in many forms—some big, some small, some fuzzy, some smooth
There are around 60 species of kiwi, some more palatable than others. The most common commercial variety is the fuzzy kiwifruit derived from the Actinidia deliciosa species. These egg-shaped kiwis have a fuzzy brown skin and bright green flesh. The sweeter, more premium golden kiwis are from the Actinidia chinensis species, with smooth bronze skin and yellow flesh. On the other hand, kiwi berries are about the size of grapes, similar to fuzzy kiwi in terms of taste and its green flesh but with a thin, smooth green skin. These are also referred to as baby kiwi, dessert kiwi or cocktail kiwi. 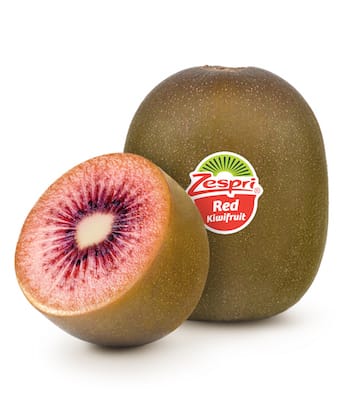 Last year, New Zealand producer Zespri launched a new seasonal red kiwifruit cultivar (pictured right, courtesy of Zespri) with soft pale flesh and a distinct red ring around its seeds thanks to Anthocyanin, a naturally-occurring pigment in the fruit. This new variety is naturally bred from kiwifruit cultivars within Zespri’s SunGold Kiwifruit family (A. chinensis) and boasts a soft and juicy texture with a sweet berry-like flavor.

Kiwis are full of essential nutrients
Kiwis are a great source of vitamin C which is an essential nutrient for boosting the immune system and acting as an antioxidant. In fact, kiwis contain more vitamin C per 100g serving than oranges—one medium-sized 70g kiwi will contain 85% of the daily requirement. Besides other essential nutrients like vitamin K, vitamin E and potassium, kiwis also contain a good amount of folate, a nutrient essential for proper cell growth, shown to prevent against neural tube defects in pregnant women.

A kiwi after dinner aids digestion
Kiwi contains an enzyme called actinidain or actinidin, which is also found in other fruit like pineapple and papaya. Actinidain breaks down protein in foods like meat, dairy and eggs quicker than digestive enzymes, so the next time you’re feeling bloated after a protein-heavy meal, eat some kiwi for dessert. Kiwi also contains both soluble and insoluble fiber that aid digestion. The small black seeds are edible, as is the fuzzy brown peel, though most would prefer removing the skin first. 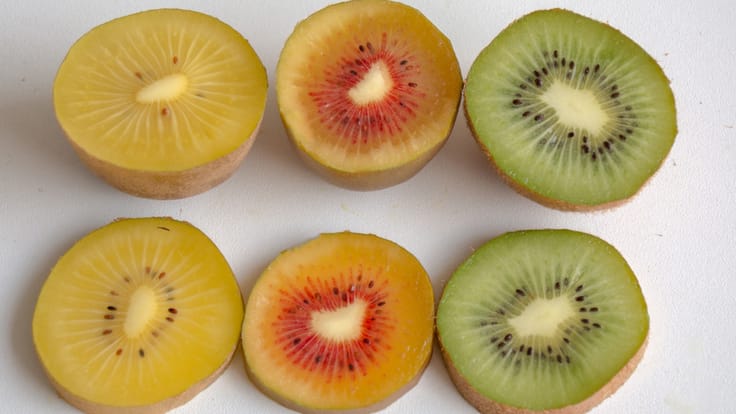 Whether gold, red or green, kiwis have a whole host of nutritional benefits.
Don’t mix kiwi with milk or gelatin
Because actinidain in kiwi also breaks down milk proteins, kiwi should not be mixed with dairy products for cooking or baking. Keep your kiwi slices on top of your pavlova and not folded into the cream or the meringue will not form well. Adding kiwi to milk causes it to coagulate, so a kiwi milkshake tends to separate if you leave it too long. Actinidain also prevents gelatin from solidifying so avoid adding fresh kiwi to your jelly or agar-agar mix or it won’t set well.

But kiwi does make for a great meat tenderizer
So you’ve clean forgotten to marinate a tough cut of meat overnight and now you need a quick solution. Instead of reaching for the mallet, pick up a green kiwi instead. The actinidain breaks down proteins and acts as a natural meat tenderizer. Add some mashed or pureed kiwi to your marinade and let it marinate for 15 minutes before cooking. A little goes a long way—half a kiwi is enough for about 2kg of meat. Alternatively, cut the kiwi in half and scoop out the flesh, then simply rub the inside of the skin on the surface of the meat.