Roast duck is a popular Chinese dish that comes in two forms: a northern Beijing style and a southern Cantonese style. Both are cooked in different types of ovens and vary in how they are processed, sliced, and consumed. In recent times, hybrids of the two have begun showing up on the market, with Peking duck becoming more similar in style to Cantonese duck.

For instance, Peking duck is traditionally roasted in a closed oven but these days, both open and closed ovens may be used. Open ovens are often found in specialised roast duck shops as a brick fireplace on one side of a wall, with a pole of ducks hanging across it. The birds are then slow roasted over burning fruit wood. An example of where you would see this is at Beijing's oldest and most famous roast duck specialty restaurant, Quanjude Roast Duck Restaurant. 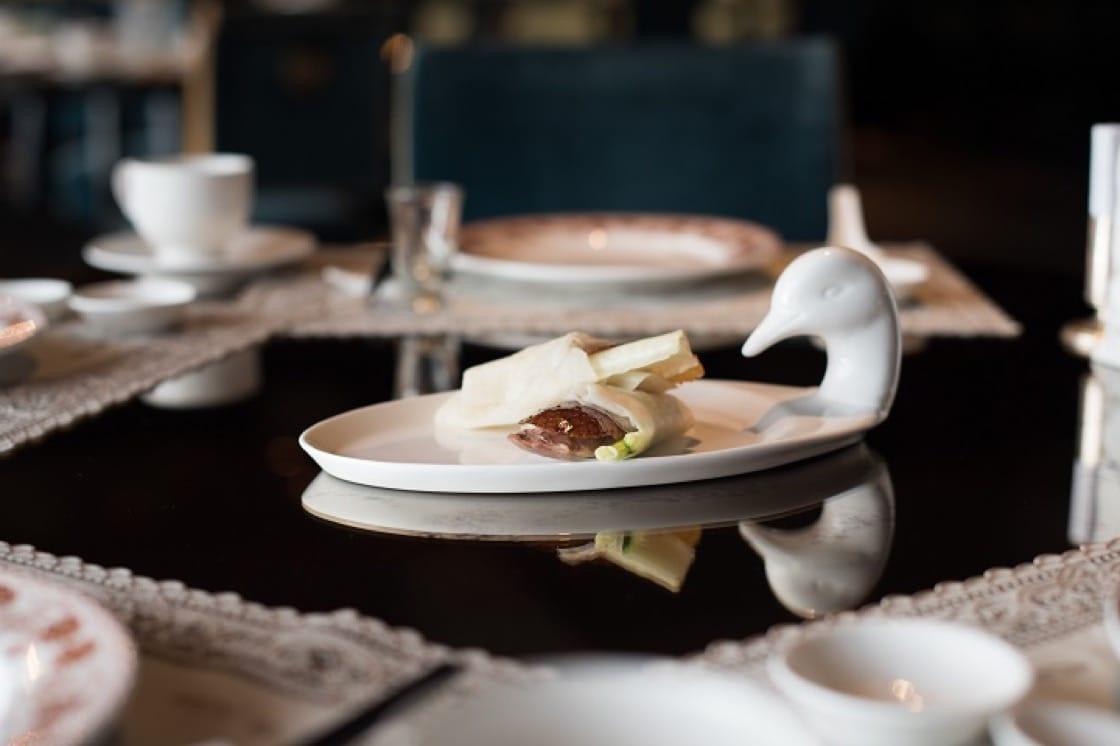 Ducks roasted in closed ovens, on the other hand, are hung in the hearth of a large, sealed iron barrel with gas burning below. These are cooked by the heat trapped within the furnace, like the ones at Beijing’s Bianyifang Roast Duck Shop. This is the method of cooking more commonly used in Taiwan for Cantonese roast ducks.

Open ovens are visually appealing, but they require a large working area and a lot of manpower to operate, since the ducks need to be rotated every few minutes. The cost of installing a smoke extractors is also high, which adds to the burden of businesses based in metropolitan areas where land and other resources already cost more. These deterring factors have led to fewer establishments adopting the use of open-ovens.

Closed ovens, on the contrary, take up minimal space and can be used for roasting duck, pork, geese and more. Their versatility and easily-adjustable heat settings make them the more popular choice among restaurants. Some Cantonese establishments feature hanging stoves in
their storefronts to draw attention, even though they maintain the Cantonese way of roasting ducks — resulting in roasts that are "Peking on the outside, Cantonese on the inside".

Two major differences exist between how Peking and Cantonese ducks are processed. The first difference lies in their openings. The opening for Peking duck is found under its wings, through which internal organs are removed, in order to insert a sorghum pole which ensures that the duck’s breast remains upright and its meat retains its juices. For Cantonese ducks, the opening lies in the abdominal cavity, which is stitched back after its internal organs have been removed.

The second difference lies in the stuffing. Peking duck is not stuffed as it is appreciated for its original juices and flavor without the need for extra ingredients. Cantonese ducks are stuffed with star anise, ginger, spring onion, and more than a dozen other Chinese herbs to have their flavors infused for tastier duck meat and bones.

Finally, just before a Cantonese style roast duck is served, hot oil is quickly poured over the duck to tighten its skin and bring out its aroma. 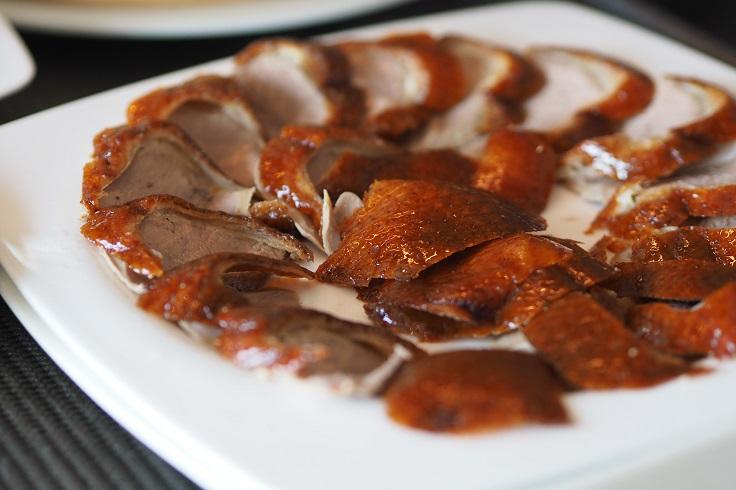 When it comes to carving techniques, Peking duck is the more elaborate of the two — about 108 cuts are made to the duck to separate it for three eating styles. Roundish slices of meat and skin (pictured above) and best enjoyed on its own; longer strips are eaten in wraps while the rest of the meat and skin are eaten separately to enjoy the crisp texture of the skin and the sweetness of the flesh. In comparison, Cantonese style roast ducks are usually just sliced and eaten.

Carving Peking duck is a specialized skill, taking years to train so that a master would be able to slice it beautifully and quickly. As a result, many shops have worked around this by adopting Peking methods of roasting and Cantonese methods of slicing. 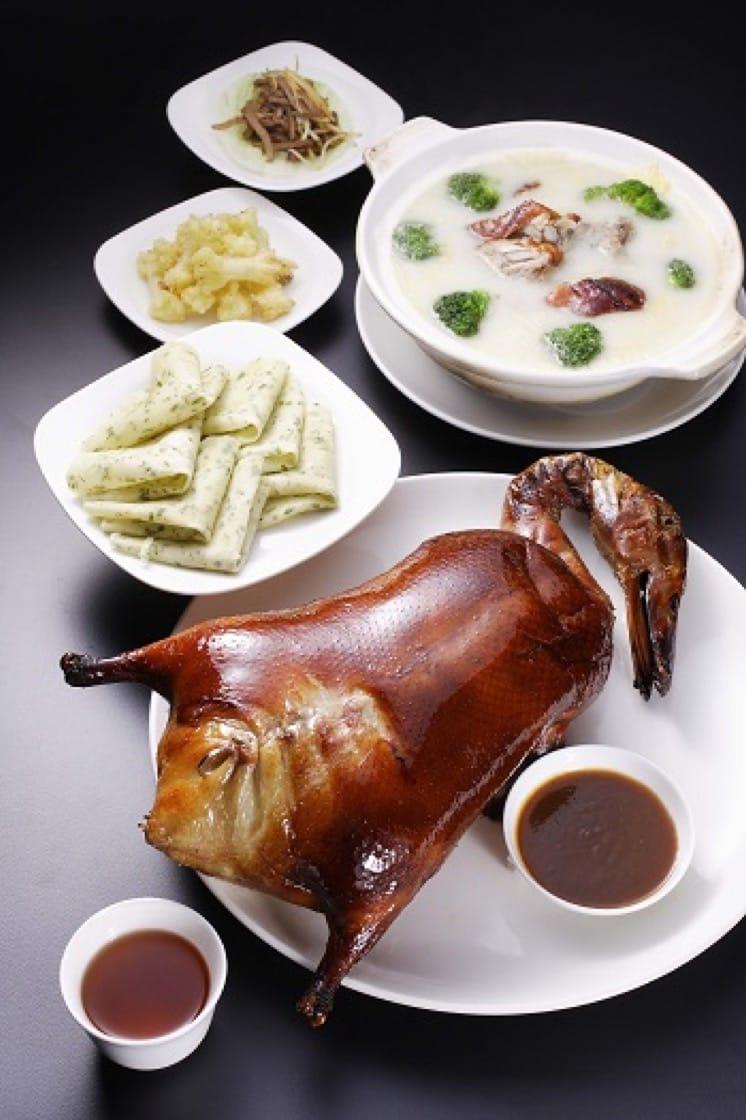 Peking duck is the main star at roast duck specialty establishments, in which you will find up to 200 dishes featuring all edible parts of the duck like its heart, liver, web, tongue, intestines and legs. At Cantonese roast establishments however, duck is just one of many types of roasts with Cantonese dishes making up the remaining menu. (Right photo: Jinghua Hotel)

This article is written by Chen Jingyi and translated by Tang Pin-Ji. Click here to read the original story.
Advertisement
Advertisement 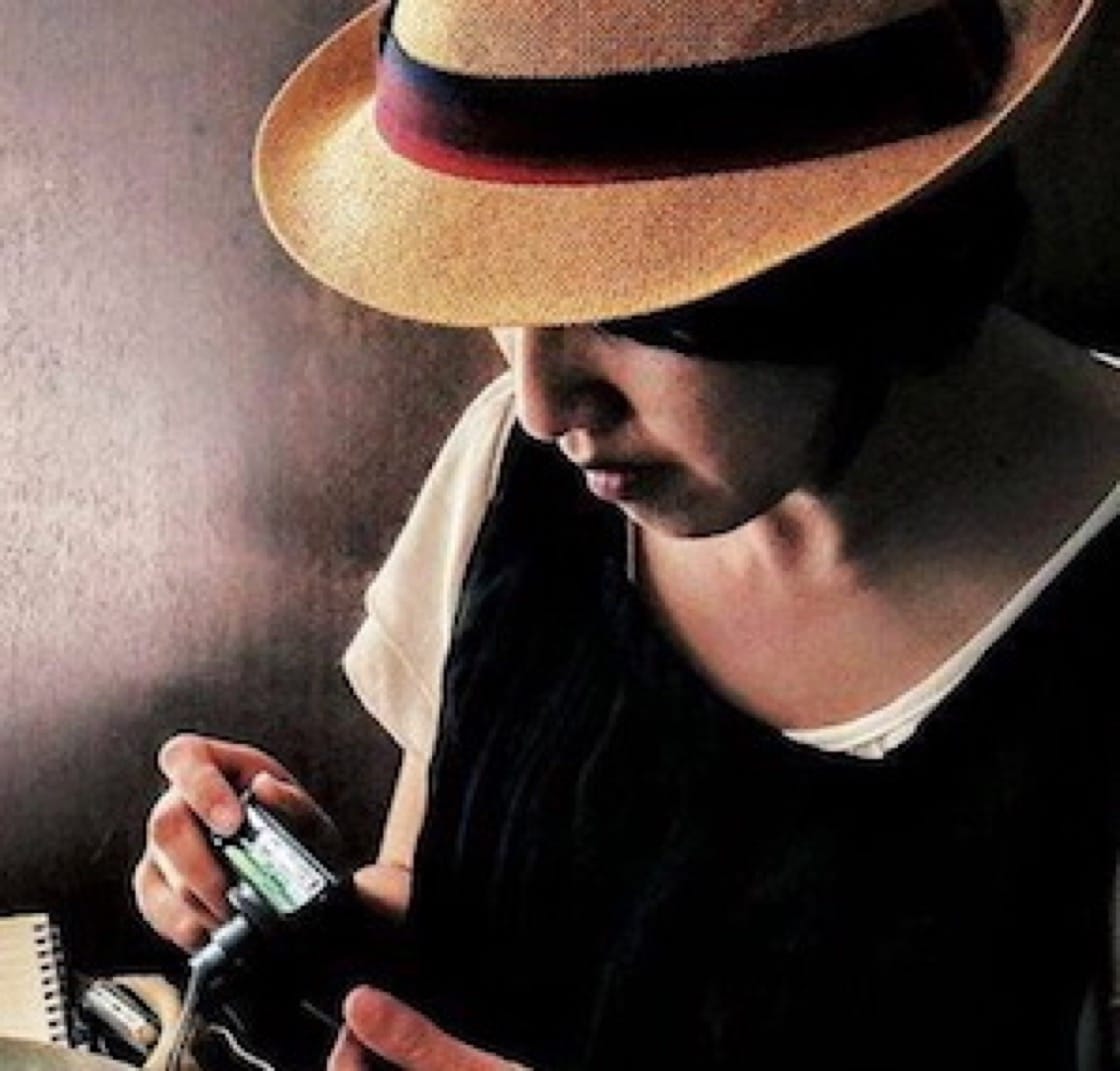 Taiwan Taipei Behind The Bib
Dining Out 4 minutes