Thailand MICHELIN Guide Thailand First Day I Got My Stars

Expanding the IGNIV family to Bangkok, its first location outside of Switzerland, was a lot of pressure for founding Chef Andreas Caminada, Chef David Hartwig, and their team. The three Swiss locations are renowned for their high standards, so it is undeniable that IGNIV Bangkok already faced great expectations before it was awarded its first Star on 16 December 2021.

In the glow of this first Star, IGNIV Bangkok’s head chef David Hartwig shared stories of his journey to becoming a chef and about his long-time collaboration with IGNIV’s founding chef, Andreas Caminada, and offered his advice for young chefs. 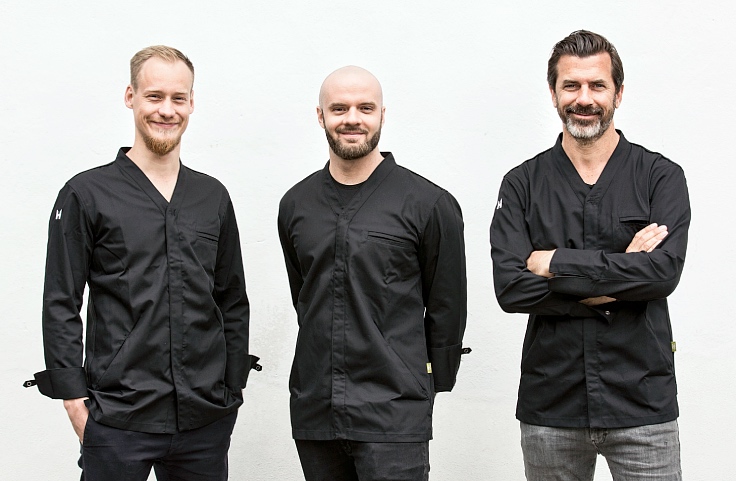 When did you realise that a MICHELIN Star was possible?
“There was a hint when we got the questionnaire from MICHELIN in June or July. Then I started to be quite sure the last two weeks when we got invited to this revelation event. Actually, I can say that since day one, we were confident about getting a Star, but it also comes with pressure. People come to this new branch with different expectations.”

How are you feeling now?
“Proud and happy, of course. I’m proud of the team because what we did paid off. But at the same time, I also feel a little bit relieved from the pressure since the team put a lot of trust in me and we finally made it. I guess this will add another feeling of pressure, that we have to deliver what we promised.”

Chef David Hartwig takes up the mantle as head chef to showcase his skills from Schloss Schauenstein in Switzerland and New York to bring the IGNIV experience to diners at IGNIV Bangkok. (© IGNIV Bangkok)

Could you share with us your journey in becoming a chef?
“There is zero culinary background in my family. My parents are both biologists, and most of my cousins work in the medical field. This black sheep decided to pursue a career in the kitchen. It started as a teenager moving from Zurich to St. Moritz for an apprenticeship as a chef. Then my profile got filled with restaurants from New York to Oslo before I joined Andreas in Schloss Schauenstein [a three Michelin Starred restaurant] and later had an opportunity to lead his new outpost here.”

When did you first learn about the MICHELIN Guide?
“My first encounter with MICHELIN Guide was during my apprenticeship. Of course, in the culinary world, they talk about it all the time.”

What does this MICHELIN Star mean for you? How will it impact your future plans?
“I hope it will have a push in terms of business. At this time, with the border starting to re-open, the Star really means something to us. Now that we have a chance to open our doors to tourists from abroad in this close-to-normal situation, there would be no more excuse for not being fully operated. We have to go into full gear to deliver the standard.” 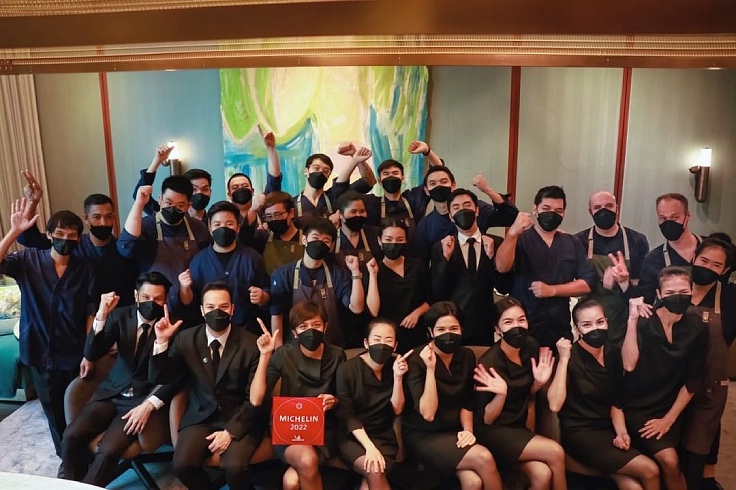 How are you going to celebrate this?
"Our team will surely celebrate later somewhere on a day off."

What would you say to young chefs with dreams?
“Young chefs should always aim for happiness. Keep doing what you like. It doesn’t matter what you are cooking. You should do it the best way, with your heart. Patience is also important. I don't think I see much patience from young chefs in Thailand. Some think that half a year of experience in a few famous restaurants will give them the qualifications to start their own restaurants, but it doesn’t work that way. For me, cooking is about craft and hard work, not about being a celebrity.”

Do you have any favourite restaurants in Bangkok?
“I would say that I have no specific favourite but I’m a big fan of Thai-style fried chicken, especially from the street stalls. I also love that Bangkok has so many good choices of Japanese and Korean barbeque restaurants. As for other MICHELIN-Starred places here, I have to admit that we have very few chances to visit since most of the restaurants are closed on the same day!”

RELATED: The First Day We Got Our Stars: Davide Garavaglia Of Côte By Mauro Colagreco 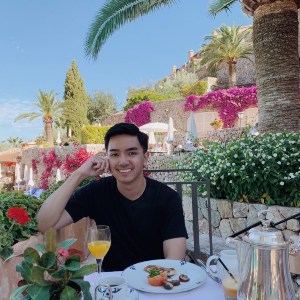 Kasidit Srivilai is a Thai frequent traveller who loves to feed his eyes with great hotel designs. He also enjoys fine dining and has a soft spot for cocktails with champagne in it.