The word “tom” is seen again and again on Thai restaurant menus but what exactly does it mean? The average foodie – even Thais themselves – have difficulty explaining the difference between a tom yum, tom kha, tom kloang and tom som. So how well do you know your “tom” dishes? Let’s put your palates to the test.

The Thai word for “boil” or tom (pronounced “dtome”) features prominently on Thai menus and tom yum goong is probably one of the most famous Thai dishes in the world. But what exactly does it mean and how many kinds of tom dishes are there in Thai cuisine? We happily break it down for you.

Tom yum
So we’ve worked out what “tom” means. Now let’s escalate to another level and bring “yum” into the equation. This word literally means mixing things together to achieve the mélange of sweet, sour and spicy notes that typify a yum. The marriage of the words “tom yum”, therefore, results in a yum broth brought to a boil. Now depending on what dishes you’re aiming for, the key ingredients to make tom yum usually include lemongrass, galangal and kaffir lime for fragrance, chilli for spiciness, lemon juice or tamarind paste for sour flavours, palm sugar for sweetness and fish sauce for saltiness. Add the word “goong” which means “prawns” to tom yum and you get tom yum goong or sweet, sour and spicy soup with prawns. Et voilà! You’ve just mastered your first three Thai words!

“The traditional tom yum broth was a clear soup or nam sai which becomes slightly richer in taste and more viscous with the help of fat from prawns’ heads,” says Chef Chumpol Jangprai of R.Haan (One Michelin Star, MICHELIN Guide Thailand 2019). “The thick broth – what we all know today as nam kon – later came into the picture and involves adding chilli paste, evaporated milk or coconut cream.” 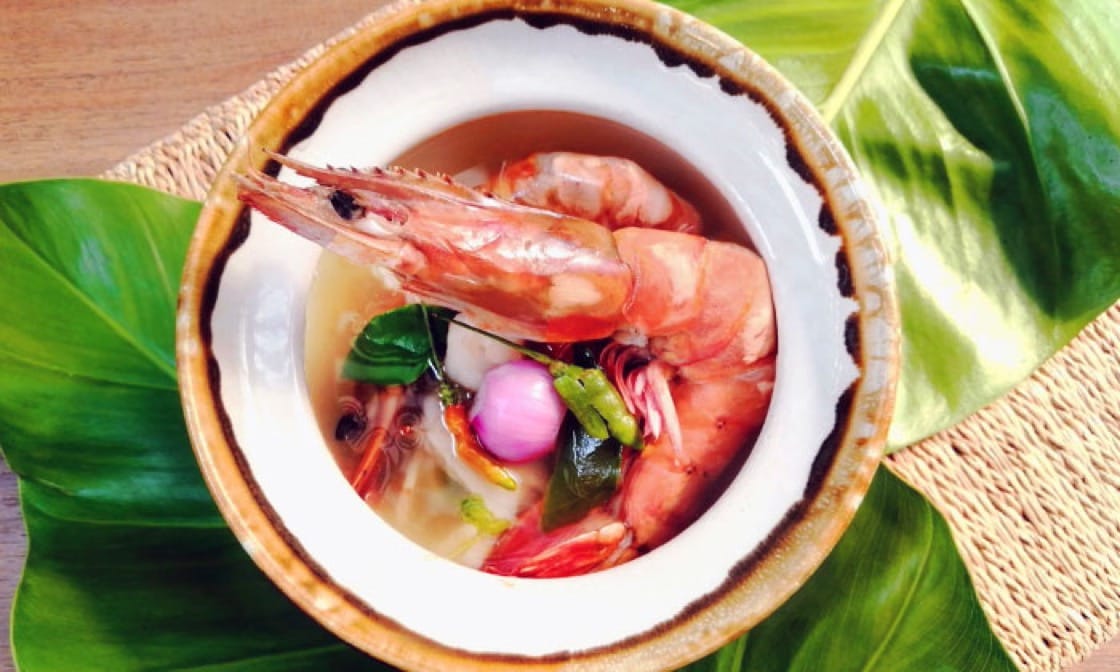 Tom kha
Now that we’ve established that “tom” means “boiling a broth”, knowing that “kha” means galangal will quickly help us understand that this soup’s main ingredient is the galangal (don’t confuse it with “king” or ginger now!). And because coconut milk is also used to make this dish, it’s easily distinguishable from tom yum dishes by its murky white soup. Taste-wise, a tom kha is also slightly creamier than tom yum. 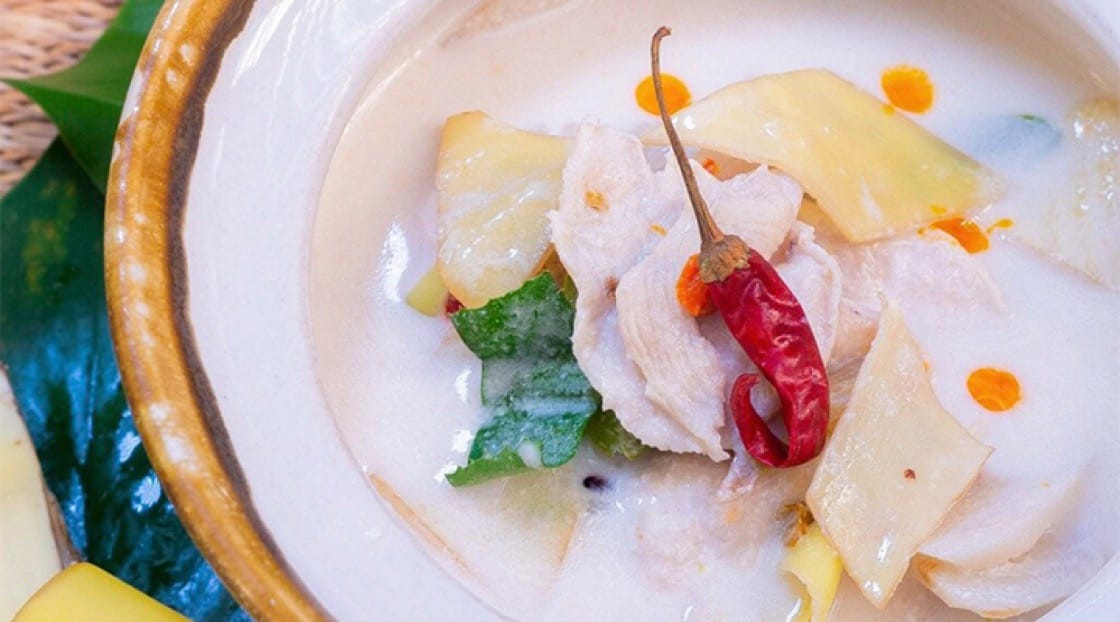 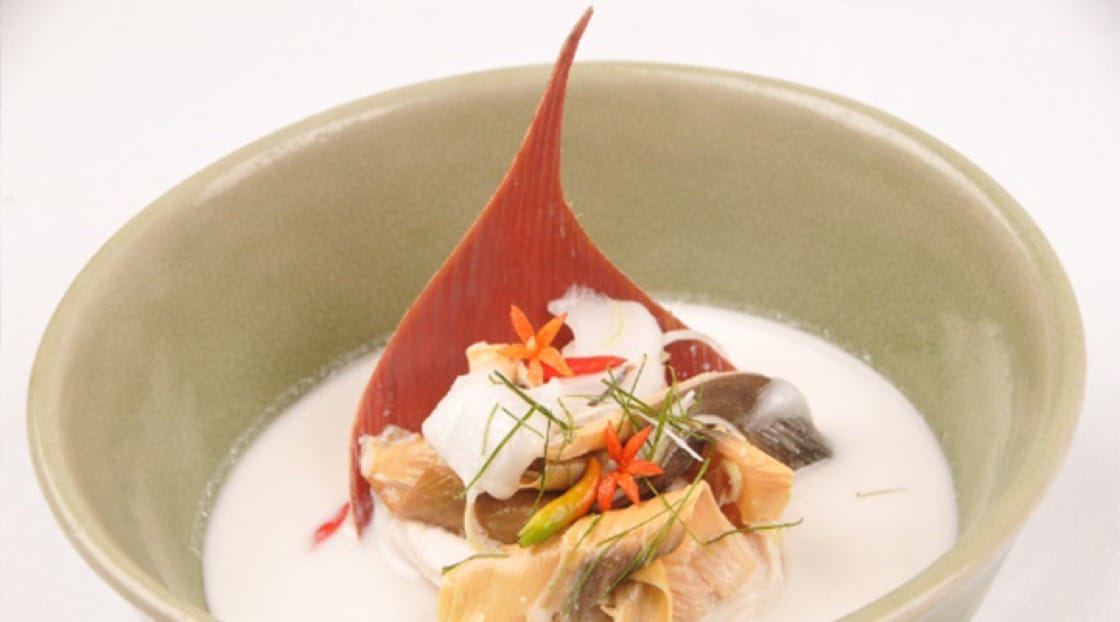 Tom kloang
Typically, any kind of local fish is used in the making of a tom kloang but salted fish (pla kem) is a popular choice. Predictably then, the prominent flavour of this soup is saltiness with a hint of sourness from tamarind paste and young tamarind leaves. Onion and scallions are also thrown in to liven up the dish.

“The word ‘kloang’ in tom kloang may have originated from the word ‘ploang’ which is an ancient soup comprising ingredients similar to a kloang, especially tamarind paste,” says Chef Bo Songvisava of Bo.lan (One Michelin Star, MICHELIN Guide Thailand 2019).

“Traditionally, the sweetness from a tom kloang came from grilling Thai shallots wrapped in banana leaves over a fire to bring out its fragrance before it’s mixed into the pot. This is what renders the broth its overall subtle sweet flavours,” says Chumpol Jangprai. “These days, people just use palm sugar.” 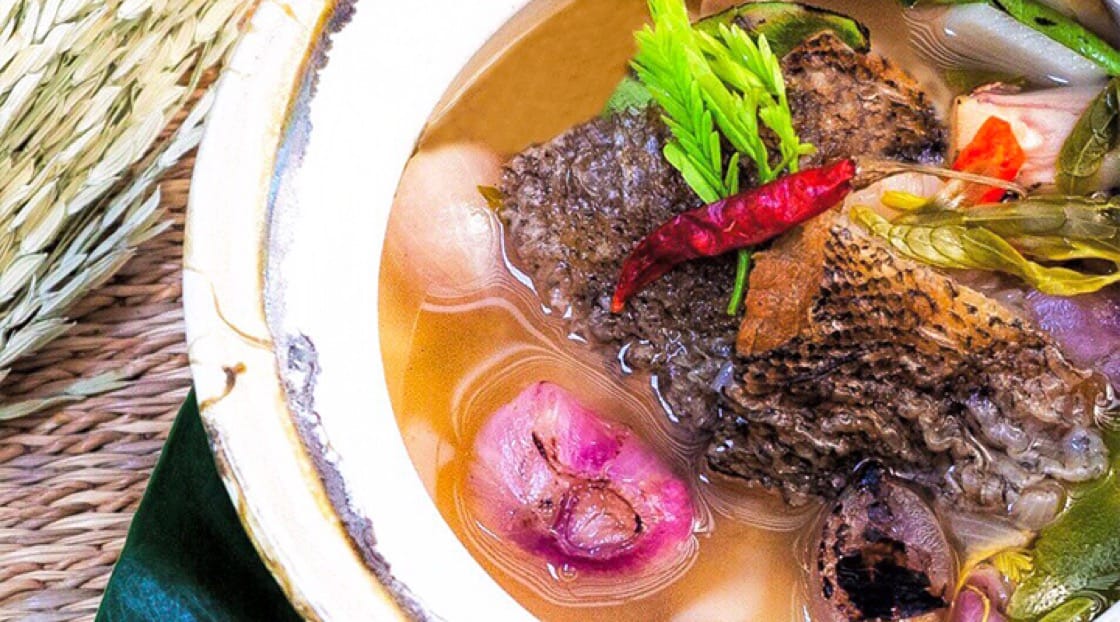 Tom som
The recipe for this dish varies but the broth is usually made from chilli paste that contains krill paste (kapi), shallots, coriander roots, sour tamarind (som makaam), palm sugar and fish sauce. Like the tom kloang, fish is the meat of choice and it can be anything found in abundance in Thailand such as mackerel (pla tu), mullet, sea bass or tilapia.

“Ancient Thais use the word ‘som’ to describe anything that’s sour,” Jangprai remarks, “so you know for sure that a tom som dish will predominantly taste sour. The sourness can come from many sources, including tamarind paste, senna (makaam kaek) or naturally-preserved vinegar (nam som nam taan tanod).” 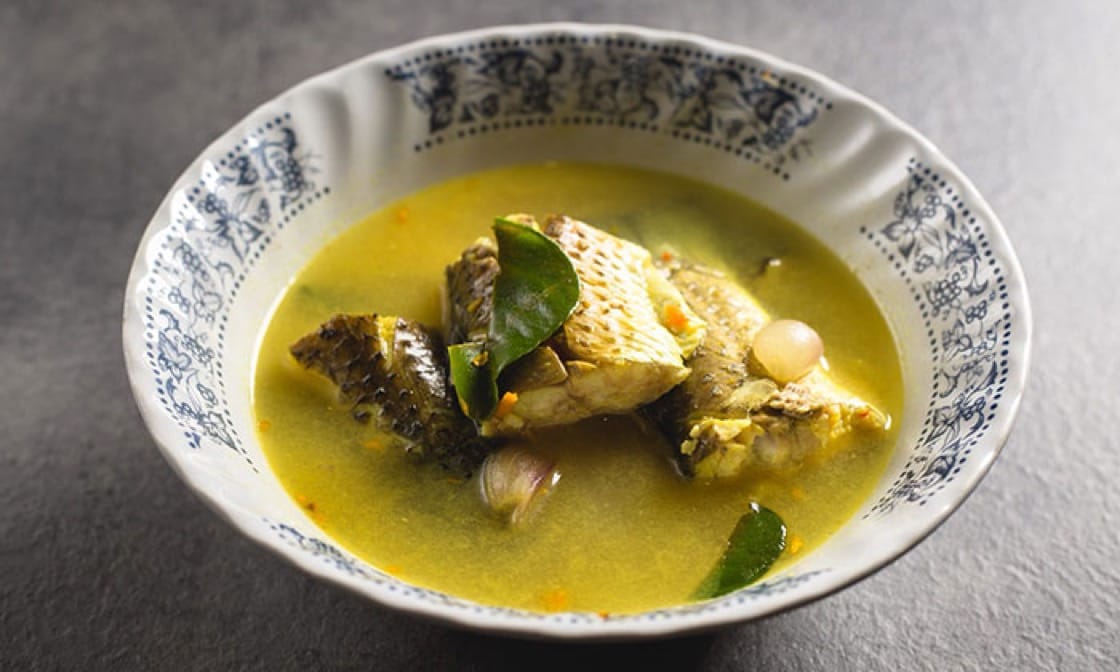 Try these dishes at: