As a child, M.L. Sirichalerm Svasti thought all fish were born without bones or tails.

“I remember when I was young being at Sukhothai Palace, I always thought that fried mackerel had no tails or bones, but came whole with the head attached,” recalled Sirichalerm, a celebrity chef who also goes by the name “Chef McDang”. 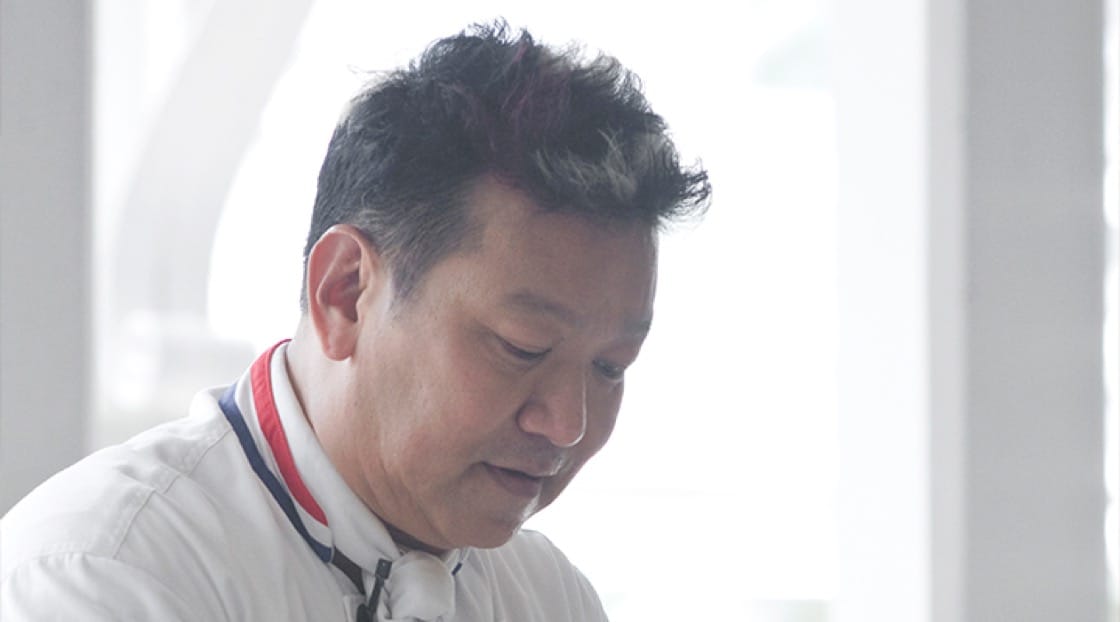 For the most part, Royal Thai cuisine is basically like most other central Thai food, but held to specific rules and a higher standard, McDang says. First, all ingredients used must be the best and freshest available. Second, all dishes must have bones, pits and stones removed. Third, all flavours must be perfectly balanced, without extremes in any particular direction, including spiciness.

“Therefore, ‘jungle food’ or aharn paa or any kind of really smelly cuisine with very pronounced taste is never served at the royal court,” he said.

The same goes for other flavours, such as sweet. “There are very few people who have eaten or seen food served in court, but so many people keep on saying that Royal Thai cuisine has to be sweet first,” said the straight-shooting chef. “That is a load of bull.” 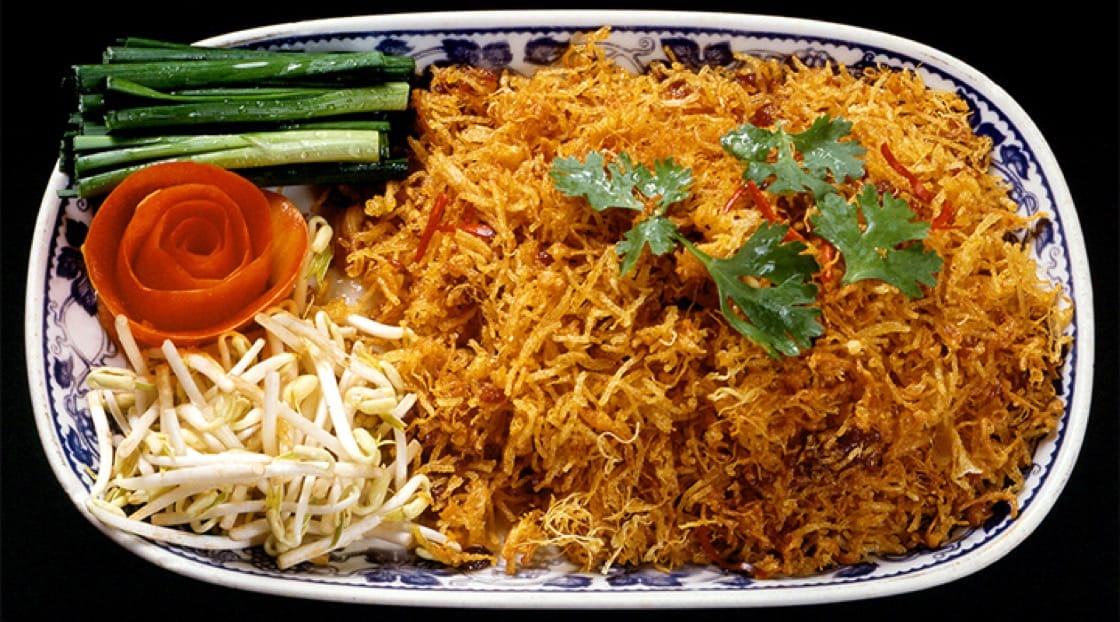 Royal Thai cuisine is commonly thought of as the apex of Thai food, considered one of the most popular foods in the world. Said to have been created during the days of the ancient Ayutthaya court, Royal Thai cuisine survived many a political upheaval to serve as a powerful weapon for diplomacy. 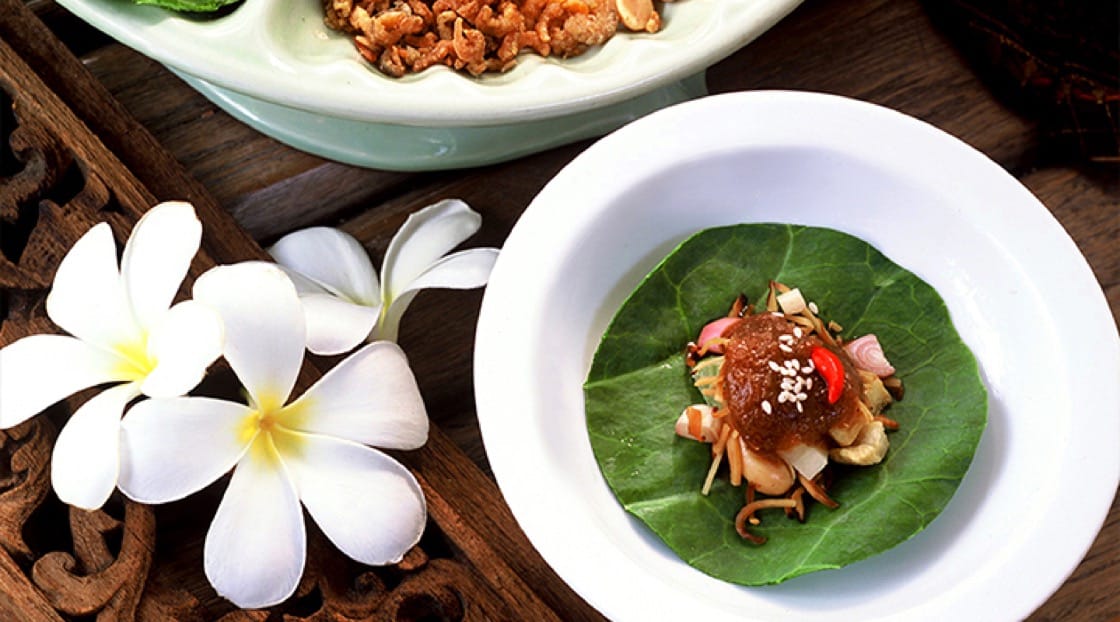 Constant contact with the outside world and the continuous exchange of ideas often led to culinary innovation. During the Ayutthaya court period, Maria Guyomar de Pina, a woman of Japanese-Portuguese-Bengali heritage, served in the royal palace as a cook after being taken prisoner by King Petracha. Later renamed “Thao Tong Kip Ma”, she became head chef of his kitchen and is ultimately credited with introducing Portuguese-inflected dishes such as sangkaya (coconut custard) and tong yip, foy tong and tong yod (egg yolk-based sweets) to the world. 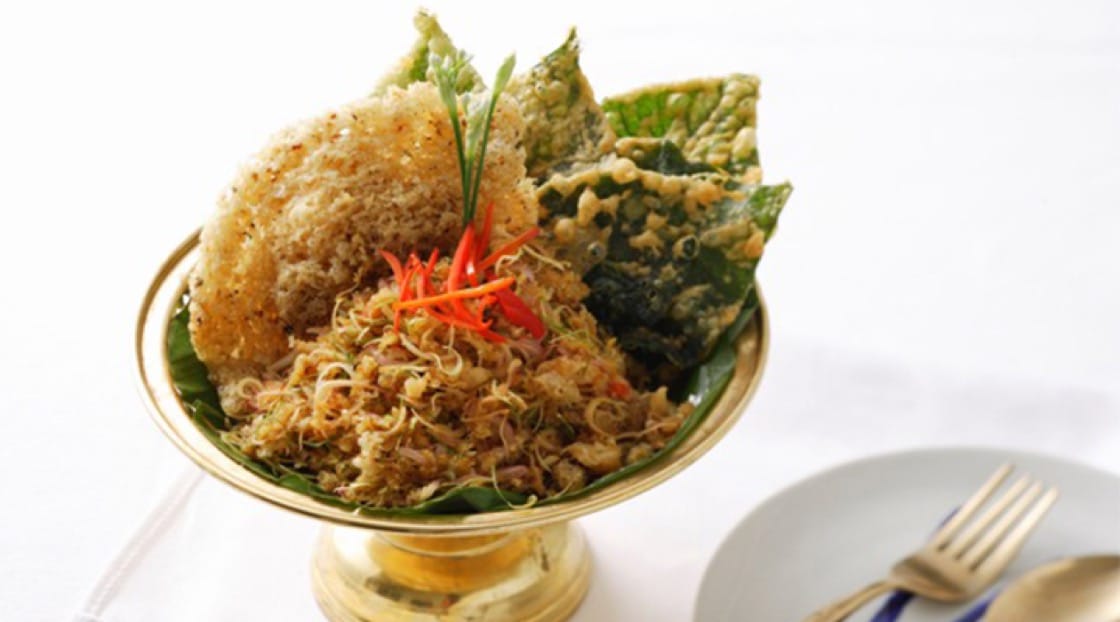 KEEPING UP APPEARANCES
Indeed, a history of innovation, rounded flavours and ease in dining aren’t the only characteristics that set Royal Thai cuisine apart from the riff-raff. Appearances, and the time-consuming labour required to keep them up, also make a difference.

“Royal Thai cuisine is a cuisine for the eyes, nose and mouth,” said Mongkol Vongsawan, General Manager of longstanding restaurant Bussaracum Royal Thai cuisine. Such is the emphasis placed on appearance that ingredients are rejected if their looks are considered sub-par. “Even the baby Thai eggplant (makuea pom) used in one curry have to all be the same size,” he said.

To that end, customary flourishes to dishes include the use of natural blossoms and herbs to infuse the water used in cooking dumplings, rice or desserts for added colour, said Mongkol. For a purple colour, cooks employ butterfly pea blossom (dok anchan) ; for yellow, they use pumpkin (fak tong). Pandan leaf (bai toey) begets a deep green hue, while rose or hibiscus results in a brilliant pink. 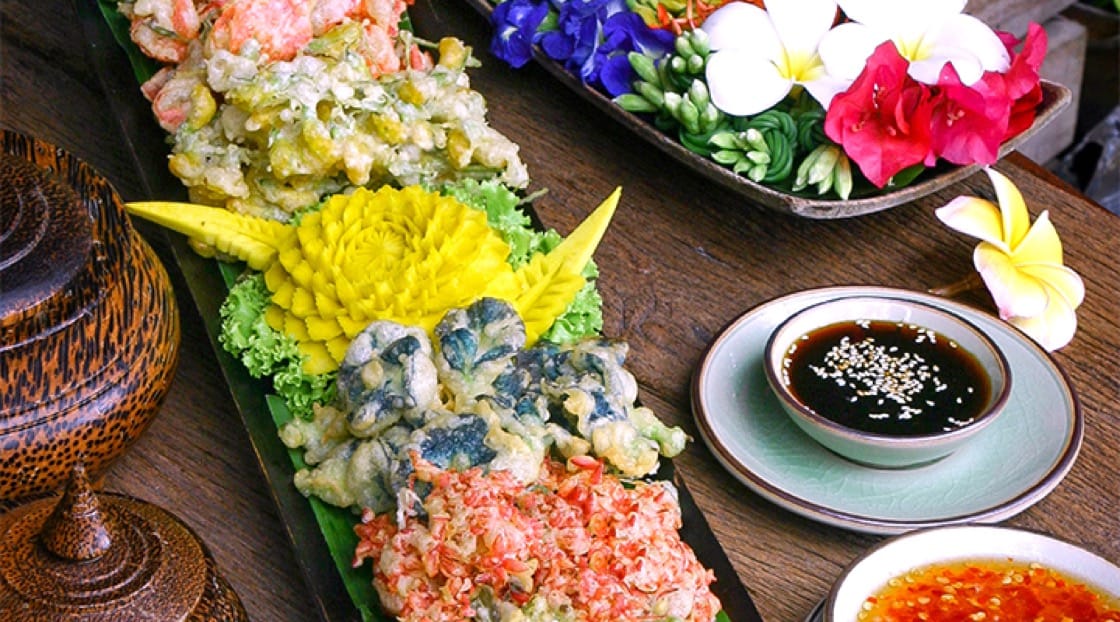 One of the most popular examples of this technique is the strikingly violet chor muang, a Rama II-era steamed dumpling stuffed with a chicken- or pork-and-peanut mixture. Chef Sandra Steppe of Blue Elephant considers this savoury snack to be quintessentially “royal”. “Chor muang is a typical Royal Thai dish,” she said. “It takes time to prepare this dish as the dumpling has to be presented in a flower shape.”

Stellar knife skills are also a must for any aspiring cook looking to excel at the art of Royal Thai cuisine. While nam prik or lon (chili paste relish) is a staple at mealtime, the raw vegetables that accompany it must always be seeded, peeled and carved into attractive shapes. The same goes for fresh fruits, with pits or stones removed and skins peeled in a special manner called pawk riew. 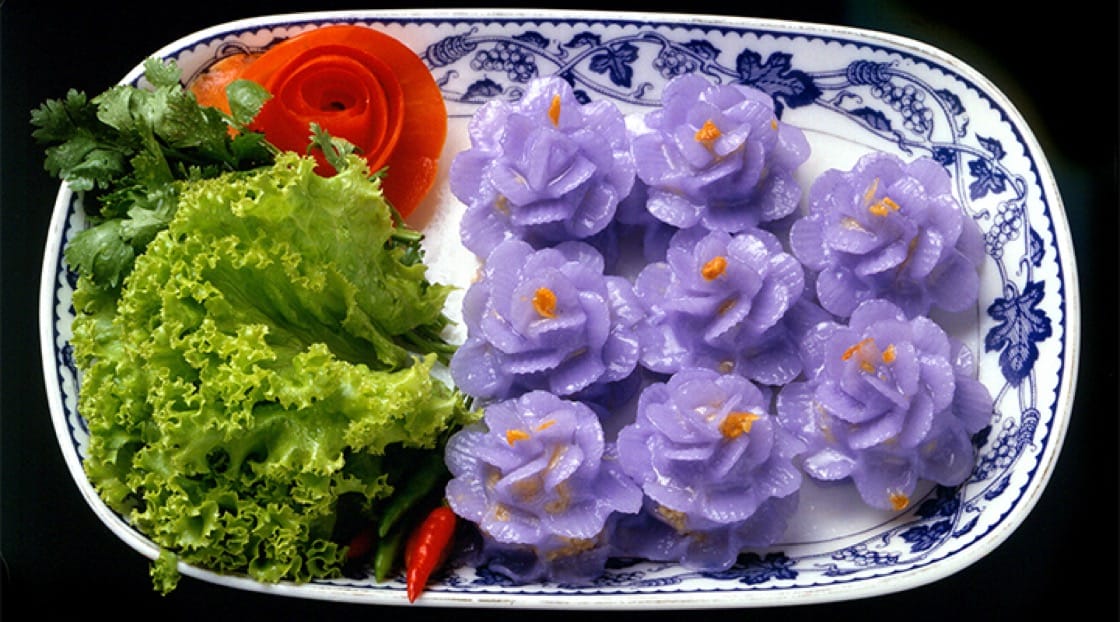 In McDang’s eyes, the only truly Royal Thai dish is khao chae, roughly translated to “soaked rice”. Otherwise known as “summertime rice”, it is a cold rice porridge dish adapted from the Mon people and prepared during the hot season in March-April. Introduced during the reign of King Rama II, the dish was traditionally served with cool jasmine-scented water (at a time before ice was available) and a special candle, burned to emphasise the flavours of the food.

Still prized by Thais today, khao chae can be found on any menu from the most highfalutin hotel outlet to the humble street food market. Side dishes such as the gently battered pork-stuffed banana peppers are painstakingly deep-fried; rice grains are polished in several changes of water to avoid clouding the porridge; fresh fruits and herbs meant to freshen the breath are peeled and intricately carved. Such was the importance of this dish that the poet Soonthorn Pu crafted a poem lauding “Krueng Kao Wan” to be sung during the King’s procession on the Royal Barge.

“It is not enough to just make regular Thai food and put it on Benjarong plates or bowls and call it ‘Royal Thai cuisine’ without really knowing the true taste profile of royal cuisine,” he said. 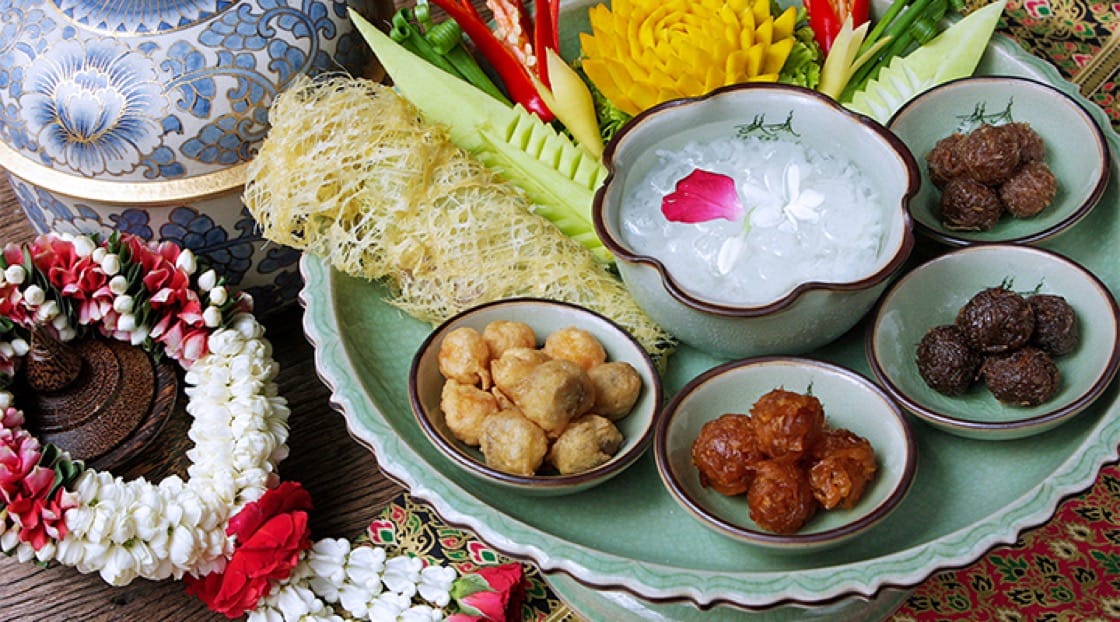 Even the manner in which the food is eaten is considered, with many dishes presented as small bites, said Blue Elephant’s Sandra. “Detail to presentation is very important. This is most easily glimpsed in “starters [that] are very small, enabling you to eat in an elegant way.”

Despite all the work involved in preparing it, Royal Thai cuisine remains an integral part of Thailand’s culture and history. Bussaracum’s Mongkol believes it is important to preserve the tradition in any way possible. “We have stood by Royal Thai cuisine for more than 30 years since opening in 1982,” he said. “That will never change.” 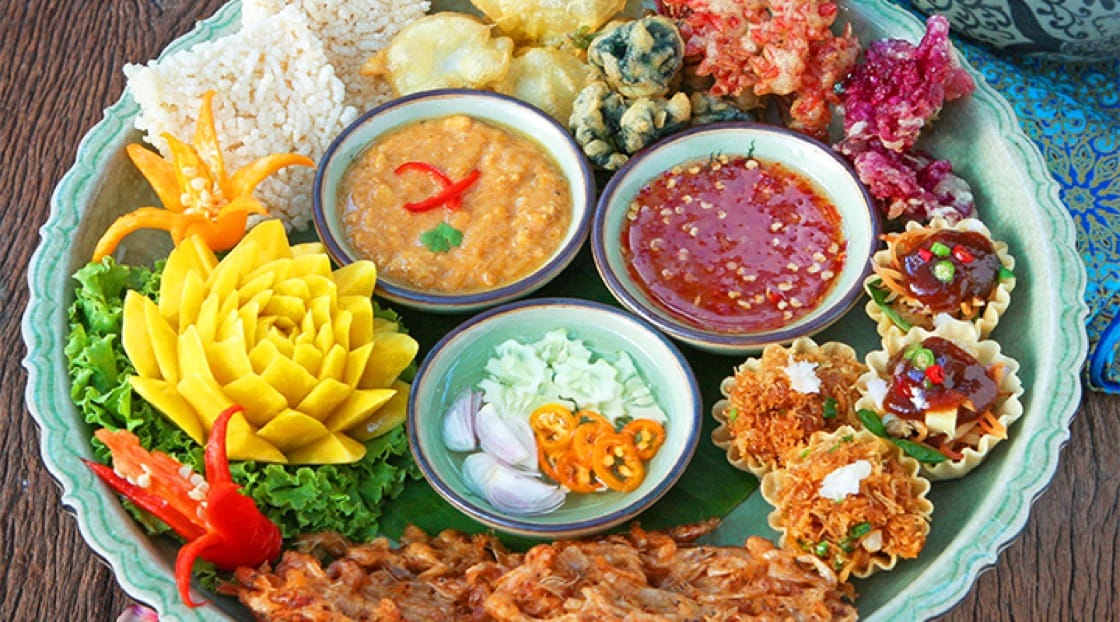 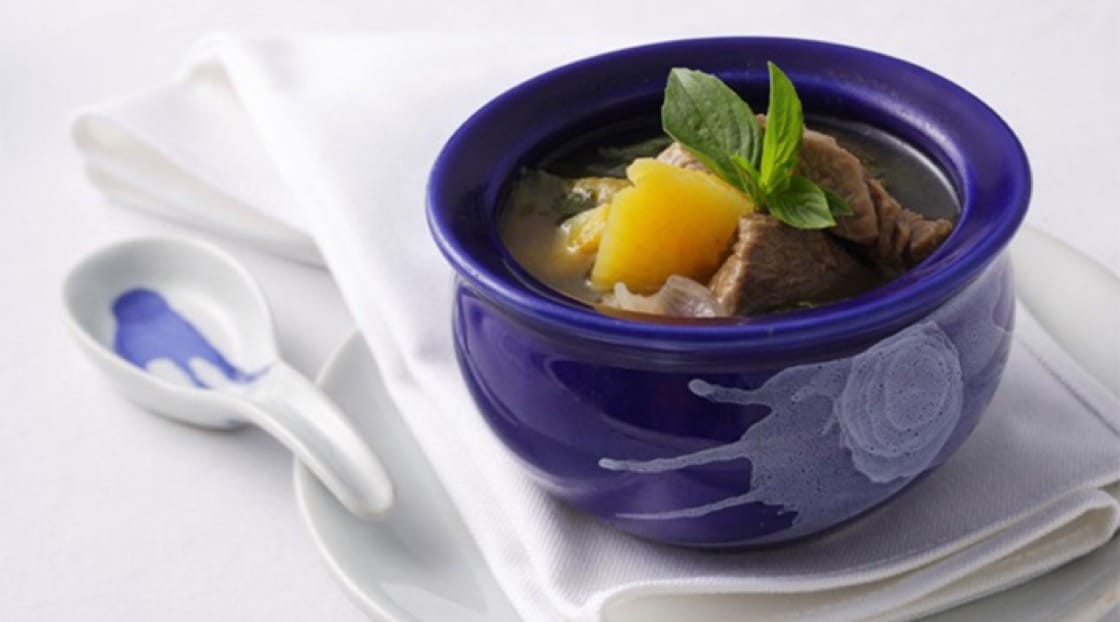