There’s no denying that part of the fun of feasting on street food in Southeast Asia comes from soaking up the chaotic atmosphere of dining al fresco in the tropical heat. That’s even more so in the Thai capital of Bangkok, which has garnered international acclaim for its one-of-a-kind cuisine that draws hordes of travellers from around the world.

But sometimes, it is just as enjoyable to savour the authentic flavours of un-watered down Thai cuisine in a stylish restaurant. For those who value creature comforts as much as authentic flavours, here are five chic Thai restaurants in the city that the locals approve of where you’ll feel comfortable enough to linger on after wolfing down your meal. 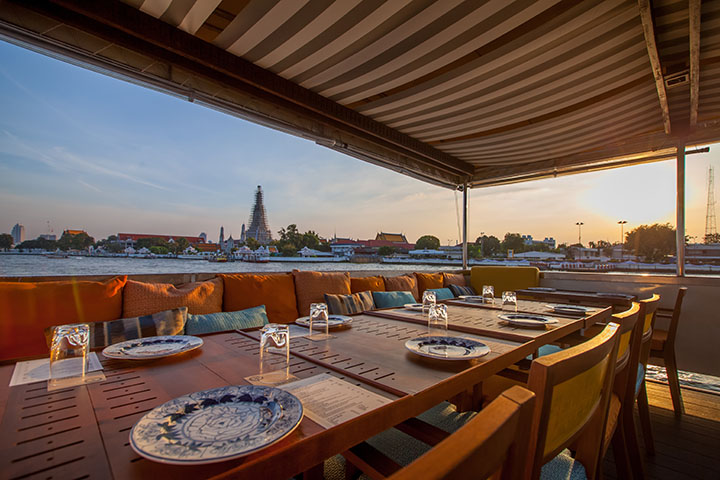 Supanniga Cruise
Cruise down the Chao Phraya river: Supanniga Cruise
Sunset cruises along Bangkok’s iconic Chao Phraya river can sometimes veer into cheesy territory. Not the Supanniga Cruise, which is helmed by the same people behind the well-received Supanniga Eating Room. Start with a glass of perfectly chilled Tattinger champagne upon boarding this cosy 40-seater cruise ferry before settling in for a six-course family-style feast of seasonal Thai fare based on traditional recipes.

Some hard-to-find dishes include Pu Jah (blended crab and pork steamed in crab shells) and Moo Cha Muang (pork stewed with rare Cha Muang leaves). One surprise hit is the humble “Son In Law” eggs which is rarely served in Thai restaurants but is a beloved dish among locals, many of whom have fond memories of eating these at home as kids. The secret lies in is its flavour bomb of a sweet, sour and slightly spicy sauce that is slathered generously over fried hard-boiled eggs - it is a perfect condiment for white rice too. Ps. There is also a lounge at the back of the boat which offers stunning panoramic views of the sunset over the river.
Advertisement
Advertisement 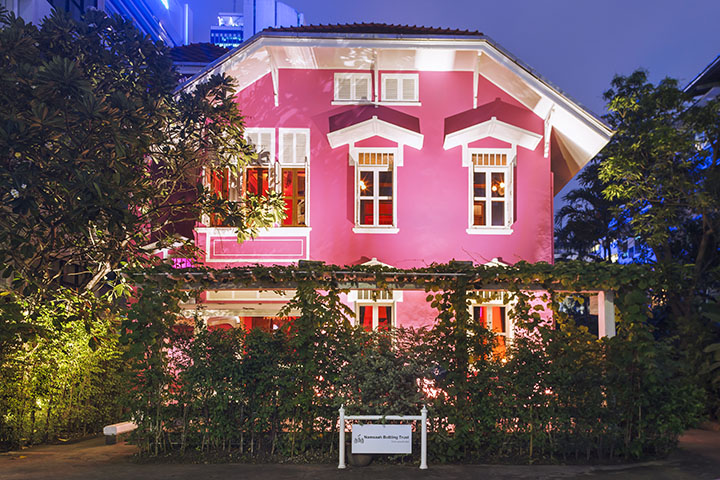 Trendy Thai pub grub: Namsaah Bottling Trust
The hot pink facade of this heritage building turned gastro-bar might appear overwhelming, but soldier on, as culinary delights lie in wait. While the thought of trendy bar-bites may cause some purists to baulk, keep calm to discover how authentic comforting flavours can indeed translate well in modern interpretations of familiar favourites. With a menu designed by prolific chef Ian Kittichai, expect plenty of whimsical, pan-Asian creations that somehow remain unmistakably Thai.

For instance, the salmon tartare battered wonton tacos are dressed with a Thai chilli and lime sauce while the crisply battered Sriracha aioli popcorn shrimp is a refined take on fried prawns from roadside stalls. The mains veer towards more familiar presentations, such as the delicious pad Thai (fried rice noodles) that’s wrapped in a paper thin omelette and the delicate red duck curry. Don’t forget that the dishes were created to pair with the excellent cocktail list, so order up and drink up! 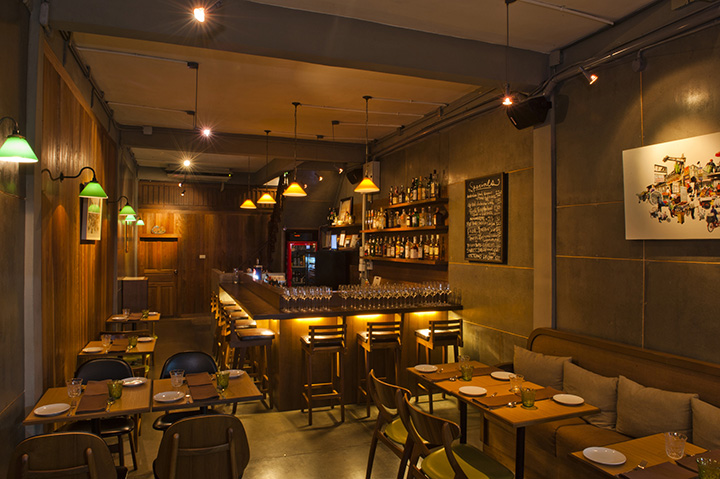 Hearty food in party town: Soul Food Mahanakorn
With hip cocktail bars and pulsing nightclubs, fancy Thonglor is a great place for a big night out in the city - and also where surprising culinary gems can be found. With a wooden paneled interior that resembles a gentleman’s whiskey lounge, Soul Food Mahanakorn does not necessarily seem like a place for a Thai feast, but looks are certainly deceiving. The focus of this Bib Gourmand restaurant is on lovingly slow cooked dishes inspired by seasonal ingredients and the best finds from the small northeastern Thai farms that the restaurant sources from. Expect regional dishes such as Isaan sausages, southern style samosas and khao soi, curried coconut noodles from Chiang Mai as well as a variety of slow cooked curries that are so integral to Thai cuisine. 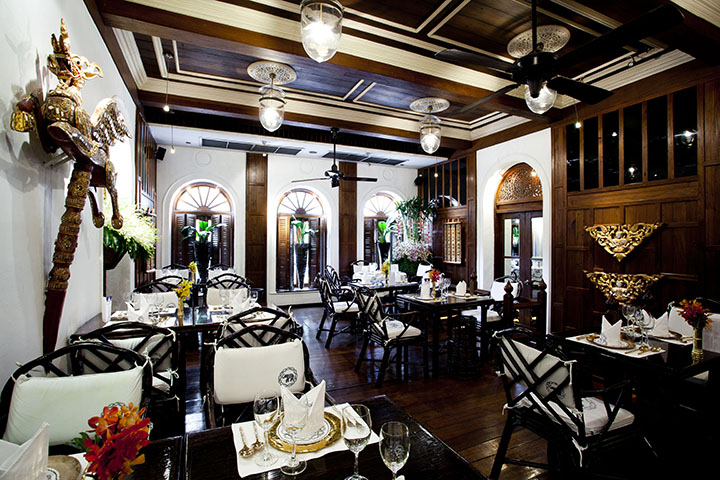 Dine in the presence of royalty: Blue Elephant
Old is gold at the Blue Elephant, which has long been a go-to destination for fine Thai dining in Bangkok. It might be better known for its cooking classes and packaged Thai curry pastes, but the Michelin Plate restaurant, housed in a stately historic building with classic colonial-style furnishings, is a secret favourite of Thai nobility and their international guests. To ensure the freshest flavours, the chef sources for the best local ingredients such as free range chicken and rice field catfish as well as imported meats like Australian lamb. The complex flavours of traditional Thai cuisine truly shine through in house specialties such as piquant grilled river prawns and mangosteen salad, crab curry with betel leaves and massaman lamb curry with sweet purple potato. 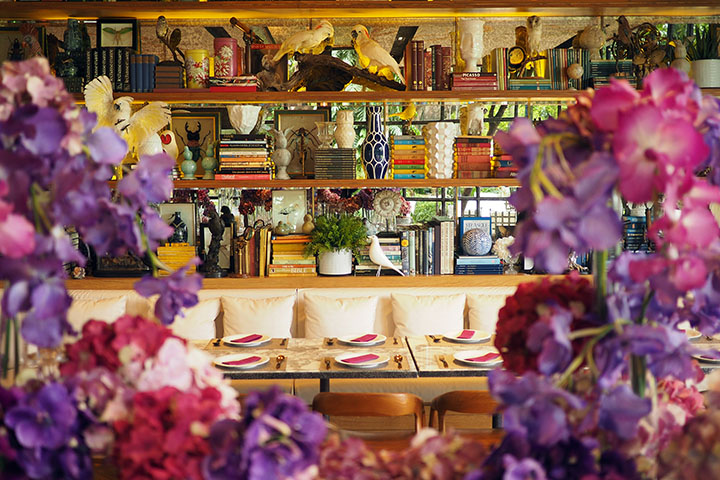 The interiors of Ma Maison.

Comfort fare in a heritage park: Ma Maison
Located in a glasshouse decorated to resemble a stylishly appointed dining room, complete with a floor-to-ceiling bookcase filled with travel books and assorted tchotchkes collected from around the world, dining here feels like having a meal in private residence. Very appropriate, since Ma Maison’s kitchen is actually helmed by an 85-year-old cook who used to work for the same aristocratic family that owns this restaurant and the heritage park it sits on.

The menu, which is based on family-recipes developed by Khunying Sinn, the Nai Lert family’s matriarch, is rich in home-style favourites that have been elevated with refined flavours, earning it the stamp of approval among the ladies who lunch in Bangkok.

For instance, the Thai pomelo salad, which comes with generous portions of peeled prawns and shredded chicken, is mixed with a perfectly tangy dressing that hits all the five taste sensations at once. Other staples include the melt in your mouth slow cooked pork belly which requires nothing more than an accompaniment of rice while the beef massaman curry offers the multi-faceted spice notes of a Thai curry sans the overwhelming chilli heat of lesser versions. 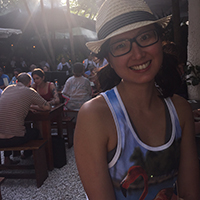