The First Day We Got Our Stars: Tim Lam

From grappling with snakes to toiling for long hours in the kitchen, Macau-born chef Tim Lam of one-Michelin-starred Cantonese restaurant Jiang-Nan Chun in Four Seasons Singapore was brought up in the school of hard knocks.

Working in the kitchen came naturally to Lam, who followed in the footsteps of his father, who worked as a chef, and his brother, who is a pastry chef. He entered the tumultuous world of restaurants when he was still in his teens.

On his first job as a junior cook at 14, he recalls: “I had to prepare meals for large tour groups of more than 200 people for lunch and dinner, as well as meals for the banquet staff. I worked 11 hours a day and often had to work overtime to finish my tasks. It was extremely punishing.”

At another restaurant, he had to face snakes in order to prepare snake soup, a Hong Kong delicacy. “If you’re not careful, the snake can coil itself around your arm, which can be frightening,” he says. 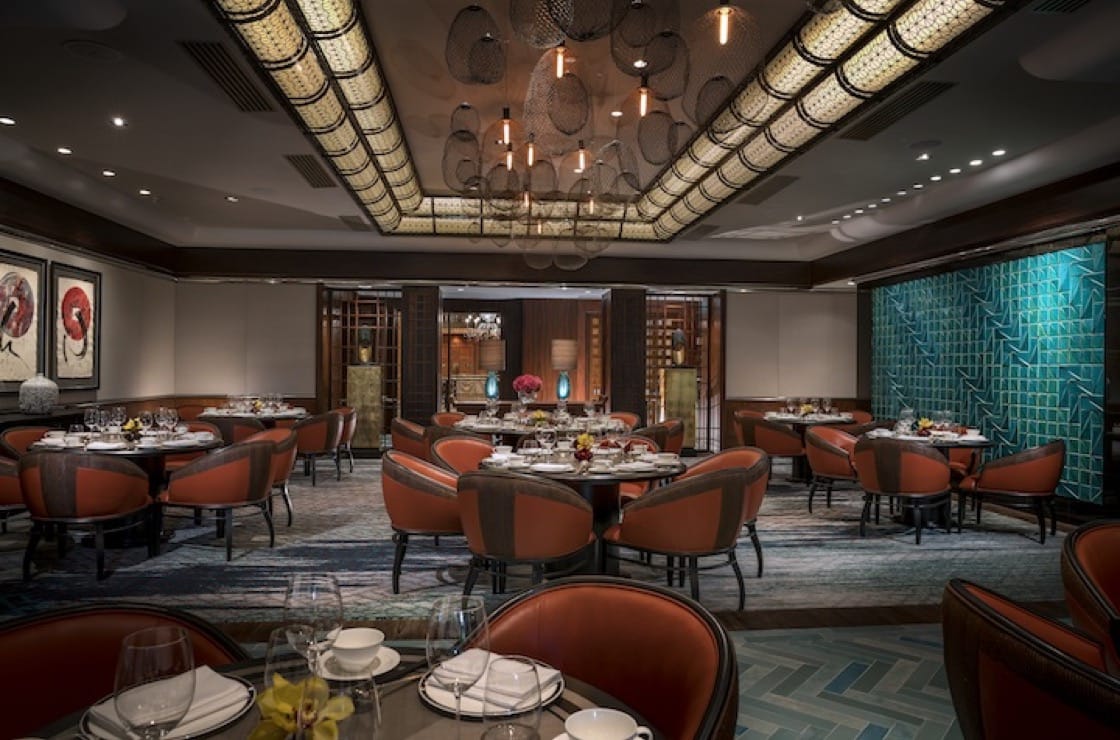 Jiang-Nan Chun is one of the five first-time one Michelin starred restaurants in Singapore this year. (Credit: Jiang-Nan Chun)
Over the past 24 years, he has honed his Cantonese cooking craft in top Chinese restaurants in Hong Kong. After two years as head chef of the one-Michelin-starred Ying in Macau, he decided to pack his bags for Singapore to head Jiang-Nan Chun last year. He explains: “I was intrigued by the multicultural and vibrant Singapore society that is passionate about food and dining, and I wanted to experience what this city is like.”

Less than a year after he uprooted to Singapore, Jiang-Nan Chun was lauded with one star in the MICHELIN Guide Singapore 2018. The long-time hotel restaurant is named after the Jiangnan region in southern China, which counts Suzhou, Hangzhou and Guangzhou as its major cities.
Advertisement
Advertisement 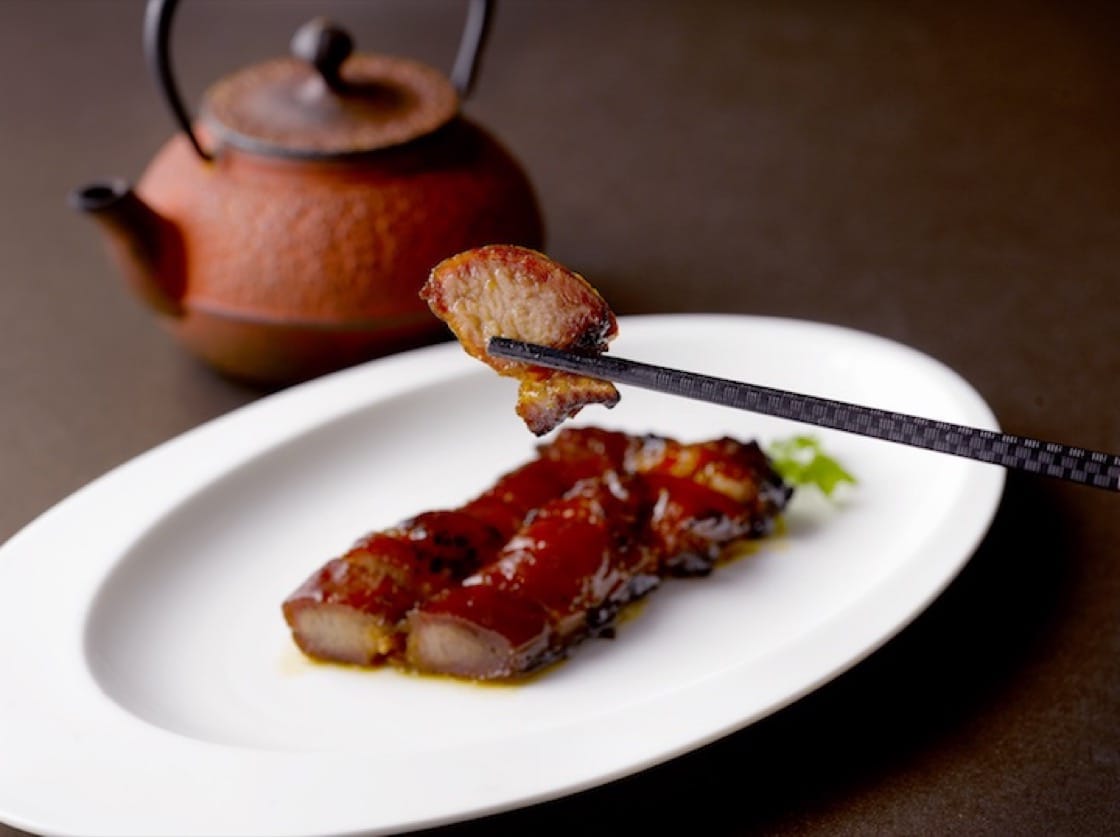 The Honey Glazed Pork Collar is infused with candied ginger for a hint of warmth. (Credit: Jiang-Nan Chun)
Accolades aside, Lam hopes to stay true to his cooking philosophy: Bring out the best in seasonal produce. It shines in his sweet and sour pork, one of his no-frills signature dishes that is a cornerstone of Cantonese cuisine. He says: “I am mindful to create a sweet, sour, savoury taste, a crisp yet succulent texture and presentation.”

The glossy orange-red Iberico pork cubes, which are judiciously coated in a tangy sauce, are deep-fried to give them a wafer-thin crust that envelops the succulent meat. Lending a special touch to this familiar dish are shards of house-made candied ginger, which rounds off each bite with a hint of the warm spice. 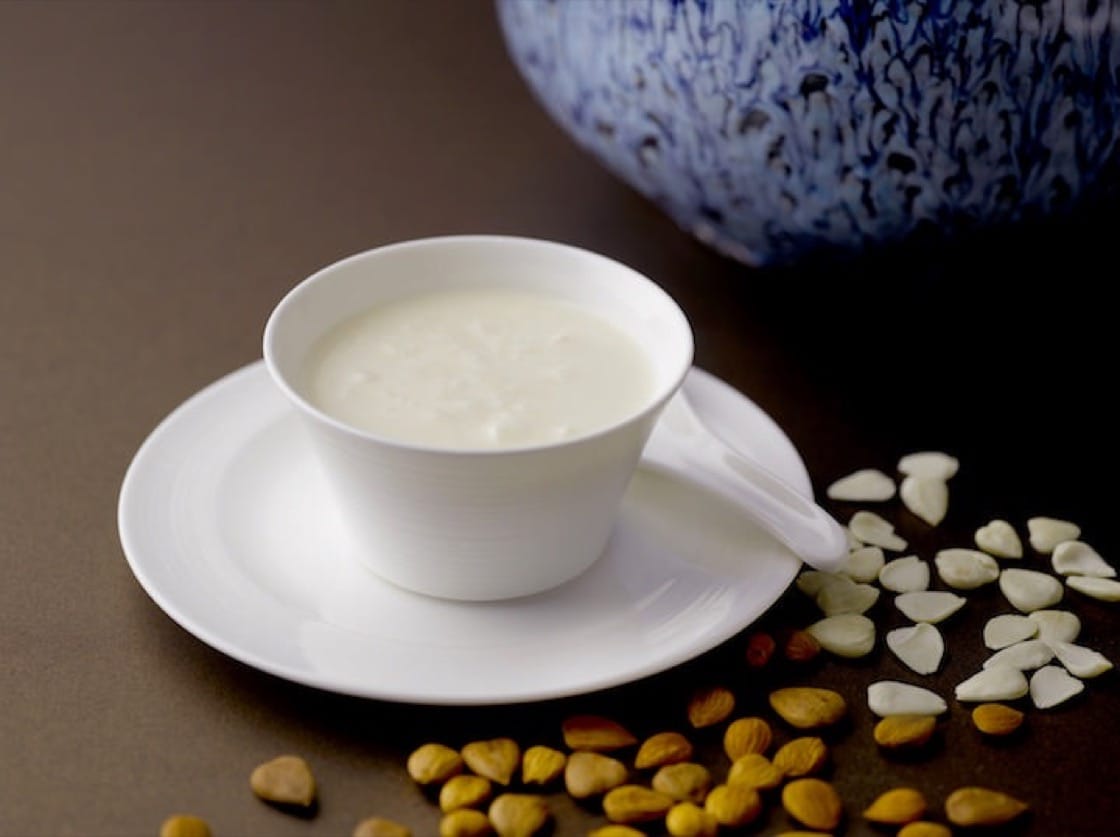 Chef Tim Lam visited a dessert shop in Macau around 40 times before he nailed his recipe for the hot almond cream with egg white dessert. (Credit: Jiang-Nan Chun)
Lam is particularly proud of his hot almond cream with egg white dessert. He has spent close to six months honing to perfection his take on the smooth and velvety Cantonese dessert. While working in Macau, he frequented a dessert joint 40 to 50 times to experiment and fine-tune his version. “Those sessions led me to source for a particular type of almonds that would give the right flavour and aroma.”
What was your first encounter with the MICHELIN Guide?
My first encounter was when I was working at Ying restaurant in Macau (it received a Michelin star in MICHELIN Guide Hong Kong Macau 2017). The MICHELIN Guide is known to be one of the most sought-after authority on best culinary experiences.

How was it like when Jiang-Nan Chun received a Michelin star this year?
The hotel management and myself were all extremely jubilant. The team at Jiang-Nan Chun had worked very hard on perfecting our craft, from the food to service. We were on the edge of our seats and nearly fell off when we heard that the restaurant was announced as one of the one-Michelin-starred recipients.

How did you celebrate this achievement?
A tradition at the hotel is that the management staff has to serenade the department when it receives an award. So, the hotel’s management came by the restaurant to sing a congratulatory song and to celebrate with cakes and drinks.

As a chef, what does having a Michelin star mean to you?
It is a nod of appreciation for the team’s effort, the cuisine and service at the restaurant from industry leaders. Without a strong team, this achievement would not have been possible. This validation is humbling and encouraging at the same time. We are truly grateful for this.

What advice do you have for young chefs aiming for Michelin stars?
Pay close attention to the ingredients you use, such as their flavours and textures. The presentation of dishes is also important in taking diners on a journey.
RELATED: Click here for more The First Day I Got My MICHELIN Stars stories
Advertisement
Advertisement