The First Day We Got Our Stars: Liu Ching Hai

The chef recalls what it was like when fine dining Cantonese restaurant Summer Palace received its first MICHELIN star in 2017.

Tucked away on the quiet stretch of Cuscaden Road just a stone’s throw away from the bustle of Orchard Road is Regent Singapore, its flagship Cantonese restaurant Summer Palace a serene setting for the refined Cantonese cuisine that executive chef Liu Ching Hai creates.

The floor-to-ceiling windows in the main dining room let in light and the view of lush greenery while the interiors leading to the two private dining rooms are lined with the restaurant’s collection of fine Chinese art and antiques. For the past decade, Liu has been at the helm creating the restaurant’s menu of classic Cantonese favourites with a contemporary touch. 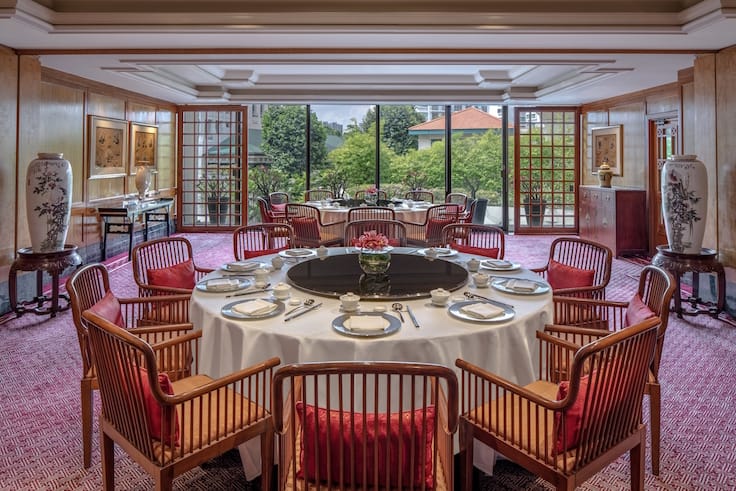 From double-boiled soups to creative specialties, Liu’s cooking philosophy stems from honouring Cantonese culinary traditions that showcase fresh and premium products. At Summer Palace, some of his signature dishes include East Star Garoupa Fillet With Soya Bean Paste, Steamed Glutinous Rice With Crab Served In A Bamboo Basket and even Wok-fried Crocodile Meat With Spice Sauce.

RELATED: Technique Thursday: Velveting In Chinese Cooking
The chef’s youthful appearance belies his years of experience in the Chinese kitchen. He trained under master Chinese chefs like Fok Wing Tin who made his name in the 1990s at the Empress Room in Raffles Hotel in Singapore and Yuan Ming Yuan in Taipei, as well as Peter Tsang, a name well known in the Hong Kong and Singapore Chinese fine-dining scene. Since then, Liu has had over 20 years of culinary experience, cooking for dignitaries, diplomats and celebrities, earning him the title of Best Culinary Skills Award in a competition hosted by the Hong Kong Tourism Association.

In 2017, Summer Palace was recognised with a MICHELIN star in the MICHELIN Guide Singapore, a feat which the restaurant maintained for a second consecutive year in 2018. Here, the chef shares his thoughts on receiving the recognition.

What was your first encounter with the MICHELIN Guide?
My first impression was that only restaurants that were recognised by international standards would be recommended in the Guide and I continued to work hard to improve my cooking and create new dishes that would win over more palates. 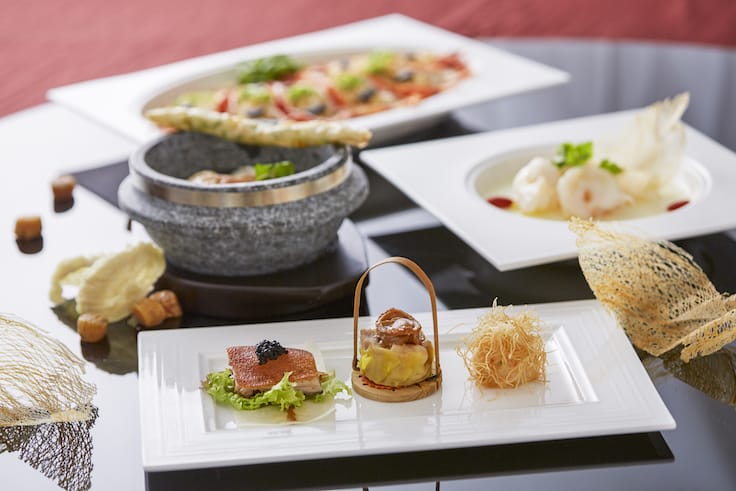 The refined Cantonese classics at Summer Palace (Pic: Regent Singapore)
What was it like when your restaurant received a MICHELIN star for the first time in 2017? And then in 2018?
In 2017 when we first got a star, the immediate reaction was surprise, I was very happy but also worried; the emotions in the second year were much more relaxed and there was a greater sense of satisfaction. At the same time, I was elated and very thankful.

How did you celebrate?
The day after we won the star, the hotel prepared champagne and a feast for all the staff to celebrate. We took so many photographs as souvenirs. Of course, I also celebrated with my family with a big meal — they’ve been the one supporting me all this while.

As a chef, what does having a MICHELIN star mean to you?
To me, a MICHELIN star represents team spirit, and is the result of multiple visits and inspections, so I hope we will be able to take our culinary artistry to the next level.

What advice do you have for young chefs?
I think you need to work hard and train to accumulate experience slowly over the years. You can never fully plumb the depths of Chinese cuisine. The most important thing is to be willing to learn and willing to work. Even if someone has your recipe, they would never be able to execute it exactly without enough experience. I believe Chinese cuisine is no less sophisticated than any other of the world’s major cuisines.