Life is a bumpy ride, and the journey of Akmal Anuar, the chef-owner of one-MICHELIN-starred restaurant 11 Woodfire, is a testament to that.
The Malay Singaporean chef comes from a modest family of villagers, who had no choice but to work their fingers to the bone. His parents owned a humble hawker stall where they sold Malay food, and Akmal and all his siblings had to help them out.

As he didn’t do well academically, his parents pressured the then-10 year old to abandon his studies and assist them in their business.

Related: What is a MICHELIN Star?

“My siblings and I were always dragged down to the shop to help them – that was kind of the start of my culinary journey. I hated it because I wouldn't get weekends off. I couldn't play soccer or go to the arcade with my friends. The hawker stall was always the priority. But when I look back, the struggle and pressure were what shaped me. I had to do my best, because I needed to survive,” says the chef.

He attended a culinary school for two years, but also “failed really badly," because he is “a hands-on guy who isn’t the type of person to sit down in a classroom and concentrate.”

It wasn’t until he started working at Les Amis in Singapore in 2000 that he dove into the real culinary world. It was the first time he donned a professional chef jacket. 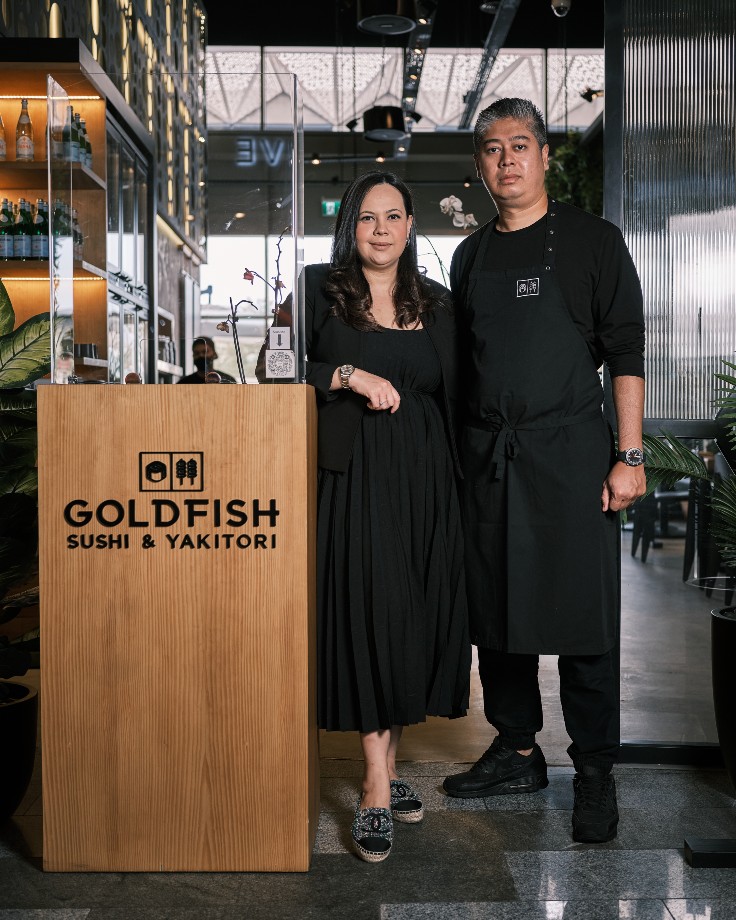 At first, the team spirit in the restaurant kitchen motivated him to go on, but what really piqued his interest in this career were the opportunities for travel, discovery and connecting with people. What was merely a job to earn a salary became a passion eventually, he says.

He slowly started delving deeper into ingredients and technical work. He saved up all his earnings and travelled with his wife Inez (pictured) – notebook in hand – to dine at all the top-rated MICHELIN-starred restaurants in countries around the world.

But that was only the beginning of his culinary journey. After earning his stripes in several other restaurants in Singapore and overseas, he finally moved to Dubai in 2014 and joined the Starwood Group as head chef, to open Pan-Asian restaurant Zengo at Le Royal Méridien Beach Resort and Spa.

A few years later, he got an itch to launch his first restaurant and sold his house in Singapore to make it happen. In 2006, he opened popular modern Asian restaurant 3Fils, which he left in 2019 to set up his own consultancy, White Rice Co, followed by modern sushi and yakitori restaurant Goldfish in 2021, and finally, 11 Woodfire in early January 2022. 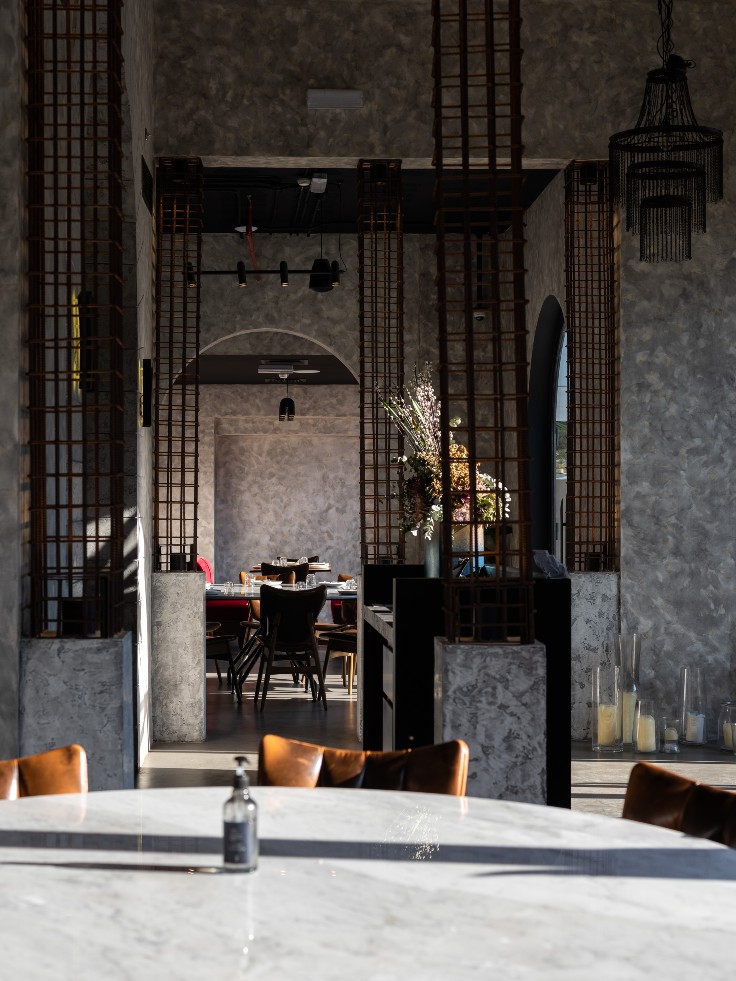 The interior design of 11 Woodfire 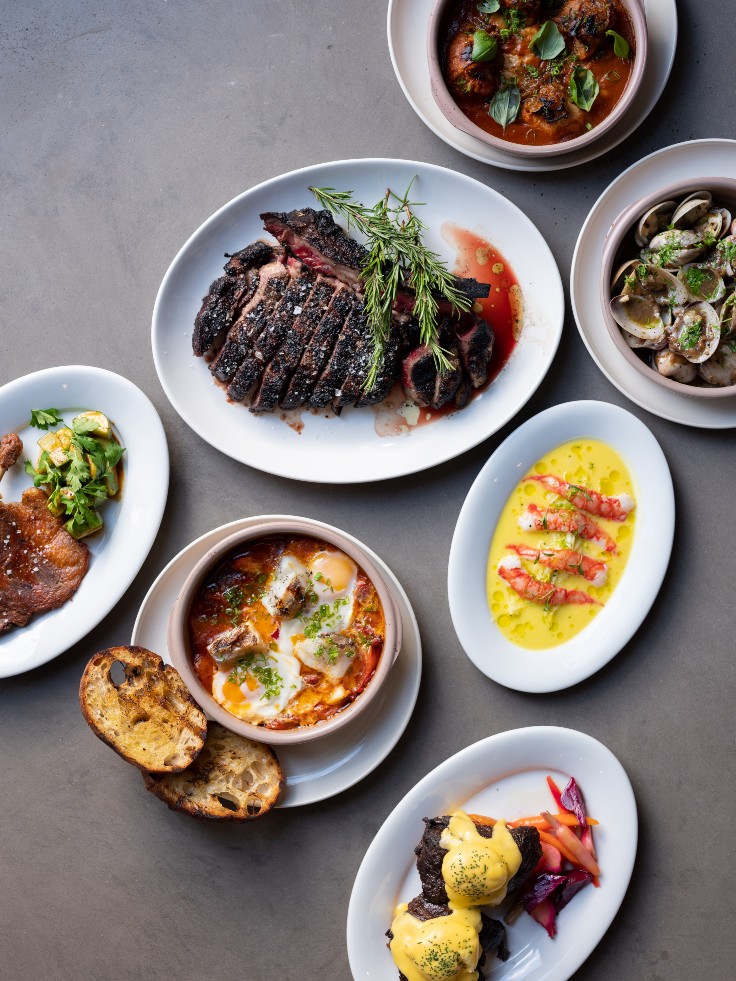 “I struggled to make people in the industry believe in my dreams but giving up was never an option. I wanted to open a restaurant on a bigger scale, in my own way,” he says.

He feels most passionate about being a chef after he started owning restaurants. “For me, being a restaurant owner is a much more fulfilling job, because not only do I cook, but I also offer jobs to people, while building a brand and his own reputation,” says Akmal.

“During the opening week of 11 Woodfire, I clocked in 110 hours at work. I often work more than 12 hours a day, until today, guiding my culinary team to weather all storms. That is the true meaning of perseverance, endurance and hard work,” he adds.

“Life as we know is a struggle. But when you fall, make sure you fall forward, not backwards, because it would be easier to stand up. I’ve been surrounded with people who believed in me and constantly pressured me to never surrender. This is what helped me navigate through my struggles. Pressure is what makes diamonds,” he concludes.

He sat down with the MICHELIN Guide to tell us more about his culinary journey so far.

What was your first encounter with the MICHELIN Guide?
Back in Singapore, there wasn’t a MICHELIN Guide yet. I was a commis cook at Les Amis in 2000, and it was there where I wore a professional chef jacket for the first time. My chef told me that our objective was to help the restaurant earn a MICHELIN star. I didn’t understand what that was, so I went and read a MICHELIN Guide only to find fine dining establishments that make dishes like foie gras, then I started getting the hang of it.

When 11 Woodfire was named among the one-MICHELIN-starred restaurants, my legs were trembling, and I felt really lightheaded. My whole life flashed before my eyes; from how I failed badly in school to how hard I worked to make people believe in my ideas and dreams. I went a long way to achieve that. It was unbelievable. No words could describe how I felt. Happy is an understatement.

I thought about how this would inspire people, my community, as well as people like me who weren’t good in school and those who didn’t have a chance. Working hard is what gets you there. I felt that my hard work paid off when my children took pride in me.

How did you celebrate?
We had a small gathering and bought a cake. I gave a small speech and congratulated everybody. We made certificates and gave them to the staff. Everybody’s so happy and proud. I can sense that this gives them another boost.

What has the impact of the MICHELIN Star been so far?
The bookings are flying. In Dubai, there's no business in June and July. But we’re fully booked, even mid-week. We asked for this. Now it's coming. I can’t even finish reading my emails, but I’m really grateful.

What is the most important quality that a chef should have?
This journey taught me patience. We tend to want things very quickly. We sometimes expect them to easily come to us. The last three years were really hard. Some people left and didn’t believe in me, but I remained steady. There were days where I nearly gave up. But tomorrow is a new day. Just wait. Patience is key. Everything happens for a reason. If a mishap occurs, it means something better is on the way.

Which piece of advice would you give to your younger counterparts?
My advice is for them to stop watching other chefs on Instagram. Stop dreaming of something that doesn't make sense. Being a chef is all about hard work and learning. It takes time. You cannot become a chef overnight. I've been a chef for probably 25 years. I went through ups and downs, made mistakes, made good decisions, made bad decisions. Just be patient, learn. Listen, don't speak, don’t talk back. Work with your own hands. Look. Taste. Invest your own money, eat in restaurants, travel, see and taste new things. Make new friends. Learn from your life experiences and other people's experiences. These are the things that make a chef. 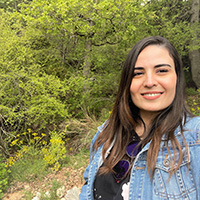 Combining her sense of creativity and passion for writing, she joined the MICHELIN Guide Editorial Team to capture the essence of the Middle East’s diverse and vibrant gastronomy scene through the art of storytelling.