The First Day We Got Our Stars: Dave Pynt

The Australian chef shares what it was like when his barbecue restaurant Burnt Ends in Singapore was recognised with a MICHELIN star in 2018.

Chef Dave Pynt believes there is magic that comes from cooking with wood. Burnt Ends is his modern Australian barbecue joint in the heart of Singapore’s Chinatown, where all the action centres around a wood-burning oven — to be precise, a dual-cavity oven which weighs 4 tons and is powered by burning apple and almond wood. 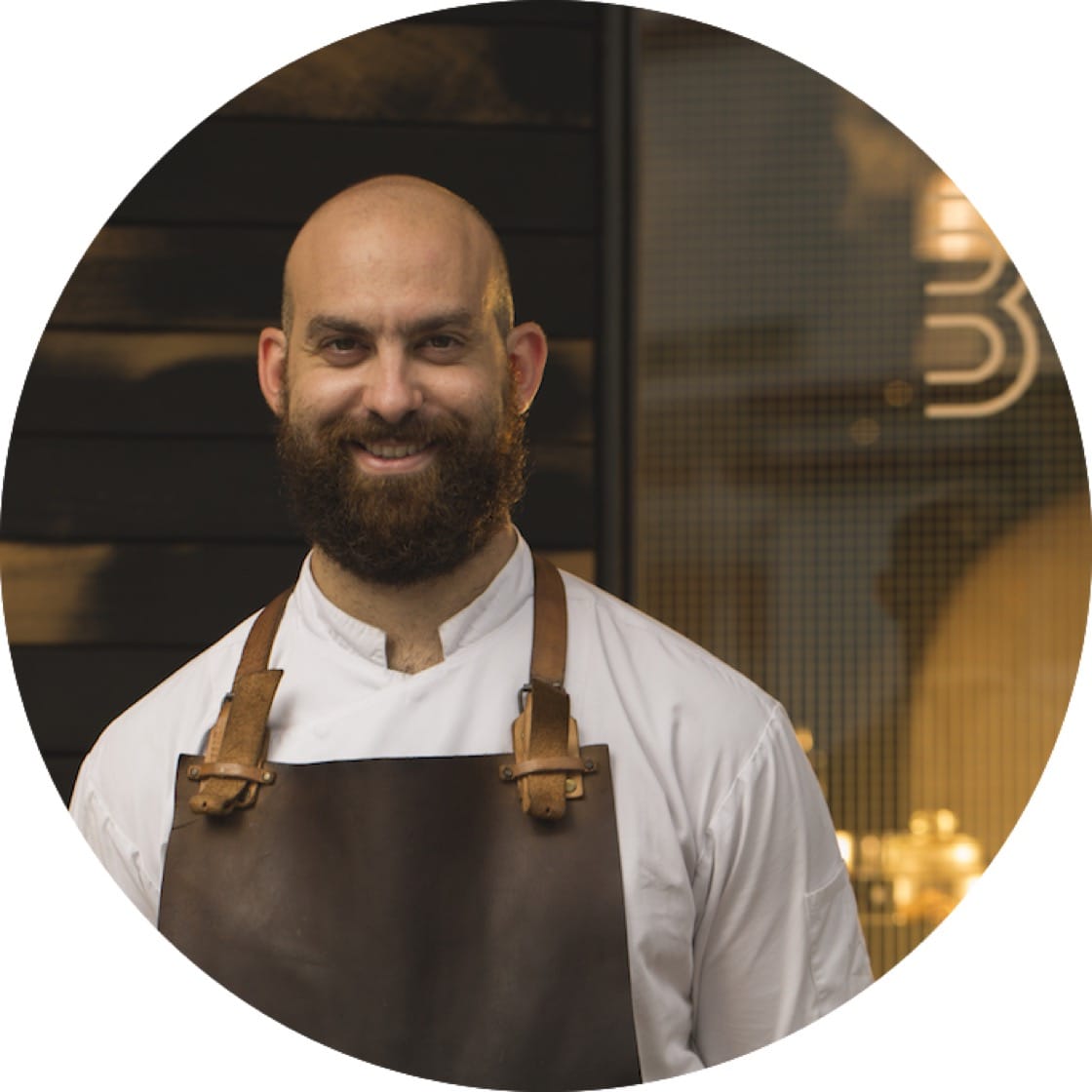 Born in Perth, Western Australia, Pynt studied commercial cooking at the TAFE West Coast Institute of Training before travelling overseas to cook alongside and learn from some of the world’s best chefs including Rene Redzepi at Noma, Tetsuya Wakuda in Sydney and Fergus Henderson of St John in London.

However, Pynt’s time at Asador Etxebarri in Spain remains perhaps his most formative cooking experience.
In 2010, he spent time in Spain’s Basque region where he was exposed to Victor Arguinzoniz’s world of cooking with wood grills and ovens at his celebrated restaurant Asador Etxebarri. It was during this stint that Pynt rediscovered a passion for cooking with fire and realised that it was possible to barbecue on wood fire in a world-class restaurant.

In the spring of 2012, Pynt set up a pop-up restaurant at the courtyard of East London coffee roaster Climpson & Sons. He designed and built an outdoor wood-fired oven and Burnt Enz was born. The pop-up was hugely successful, seeing crowds of up to 350 guests a day on weekends.
Advertisement
Advertisement 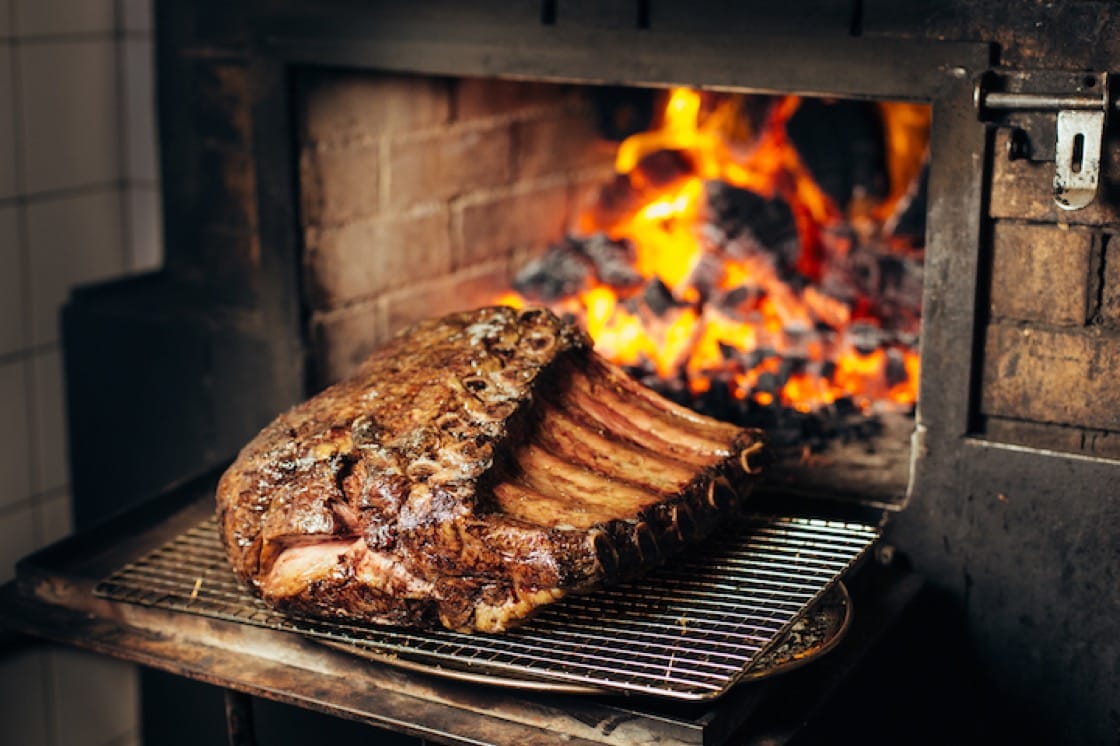 During a six-month vacation in South America after the pop-up ended, an opportunity came up for him to finally open his own place in Singapore with restaurateur Andre Chiang and businessman Loh Lik Peng under the Unlisted Collection. Burnt Ends opened in 2013, with 18 counter seats overlooking Pynt’s formidable oven where the chefs smoked, roasted, baked and grilled market-fresh seafood, vegetables and meats. 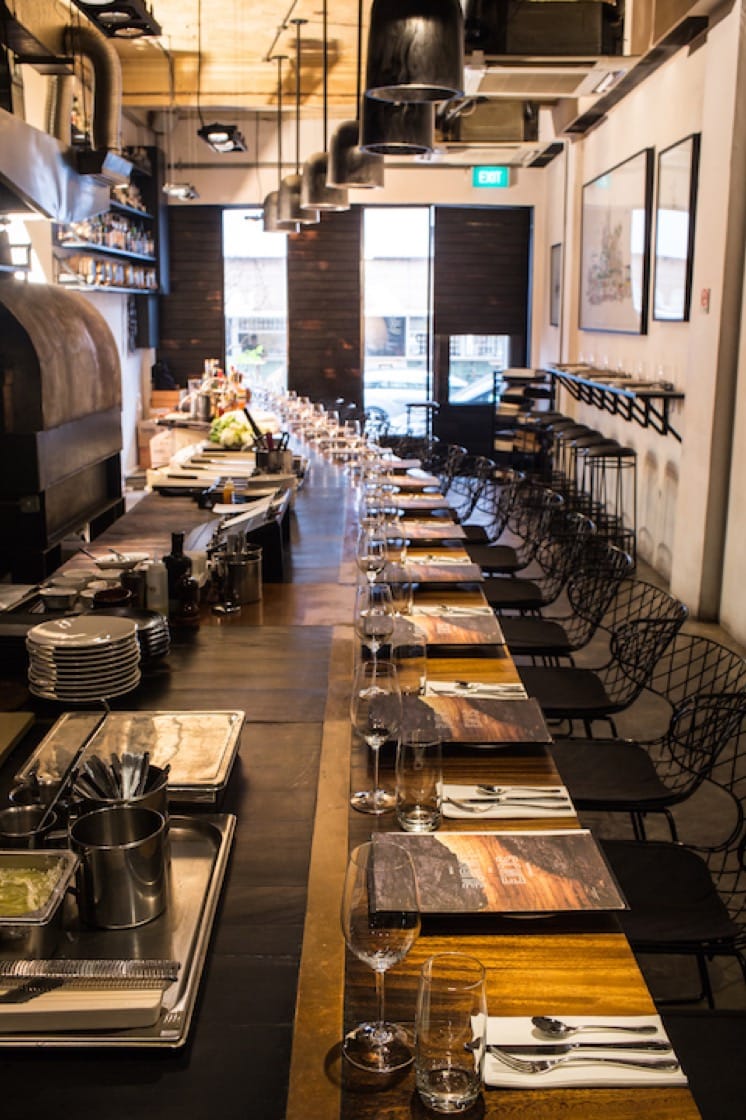 The inspectors were enamoured by the restaurant’s authentic vibes and hearty good food, saying: “Meat is what they do best at this Australian-styled BBQ restaurant, thanks to its array of heavy-duty wood-fired ovens and grills — counter seating opposite the kitchen lets you take in the aroma and feel the heat. Don't miss the beef, marmalade and pickles; the flank with burnt onion; the suckling pig; and the bone marrow bun. The funky soundtrack is suitably hip and the all-Aussie wine list offers a concise and esoteric choice.”
What was your first encounter with the MICHELIN Guide?
Growing up in Australia, there was no such thing as Michelin, so I didn’t really know what it was about for a long time until I went travelling in my mid 20s, early 30s. This was when I started seeing what Michelin restaurants and dining was all about — the standards, the culture and the style of restaurants that they encompass.

What was it like when your restaurant received a Michelin star for the first time?
It was humbling and pretty amazing for all our staff, guests and partners. 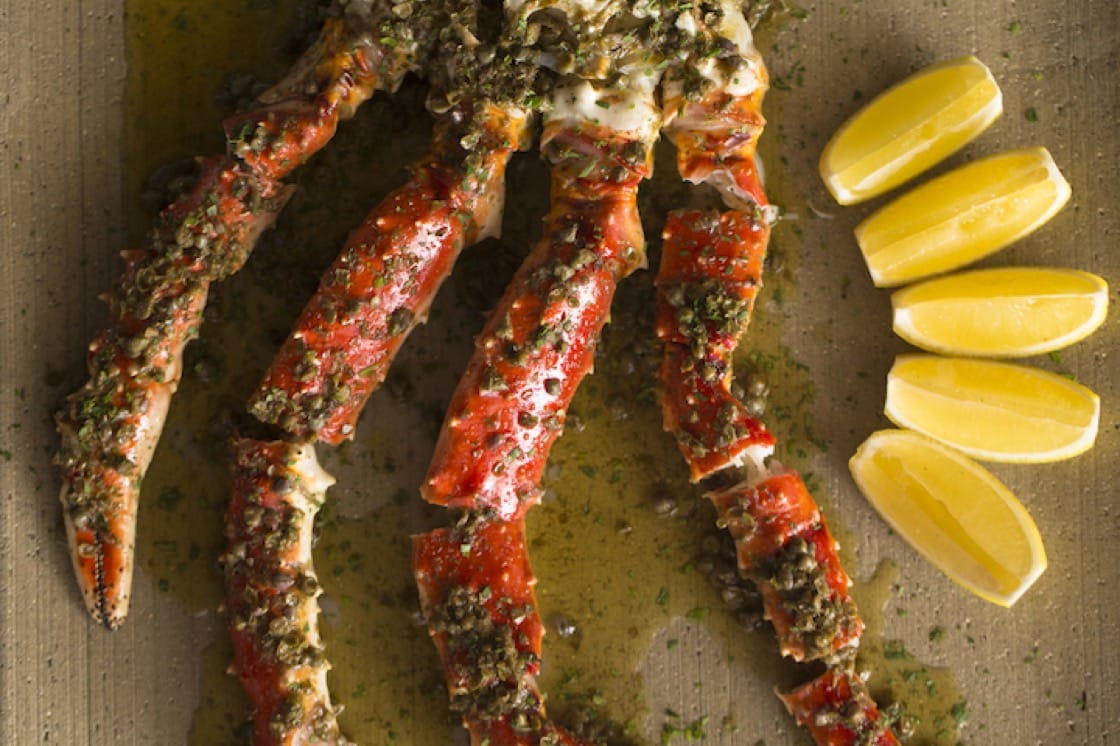 Norwegian king crab and garlic brown butter (Pic: Burnt Ends)
How did you celebrate with your team?
We popped champagne with a big bunch of friends and family that came down to celebrate with us.

As a chef, what does having a Michelin star mean to you?
I think it gives us a lot of credibility and provides people a really clear benchmark of what standard they can expect when they come to a restaurant.

What advice do you have for young chefs?
Read more, eat more and work harder. Spend all your money on food and booze.
Advertisement
Advertisement