While the climate in Singapore remains consistent throughout the year, other countries around the world are already experiencing their first taste of autumn, as marked by falling leaves and dropping temperatures. Lucky for the Lion City, the transition of the seasons can be experienced through one's taste buds as these restaurants in the MICHELIN Guide Singapore 2021 usher in the autumn season with new menus and seasonal Asian fare. 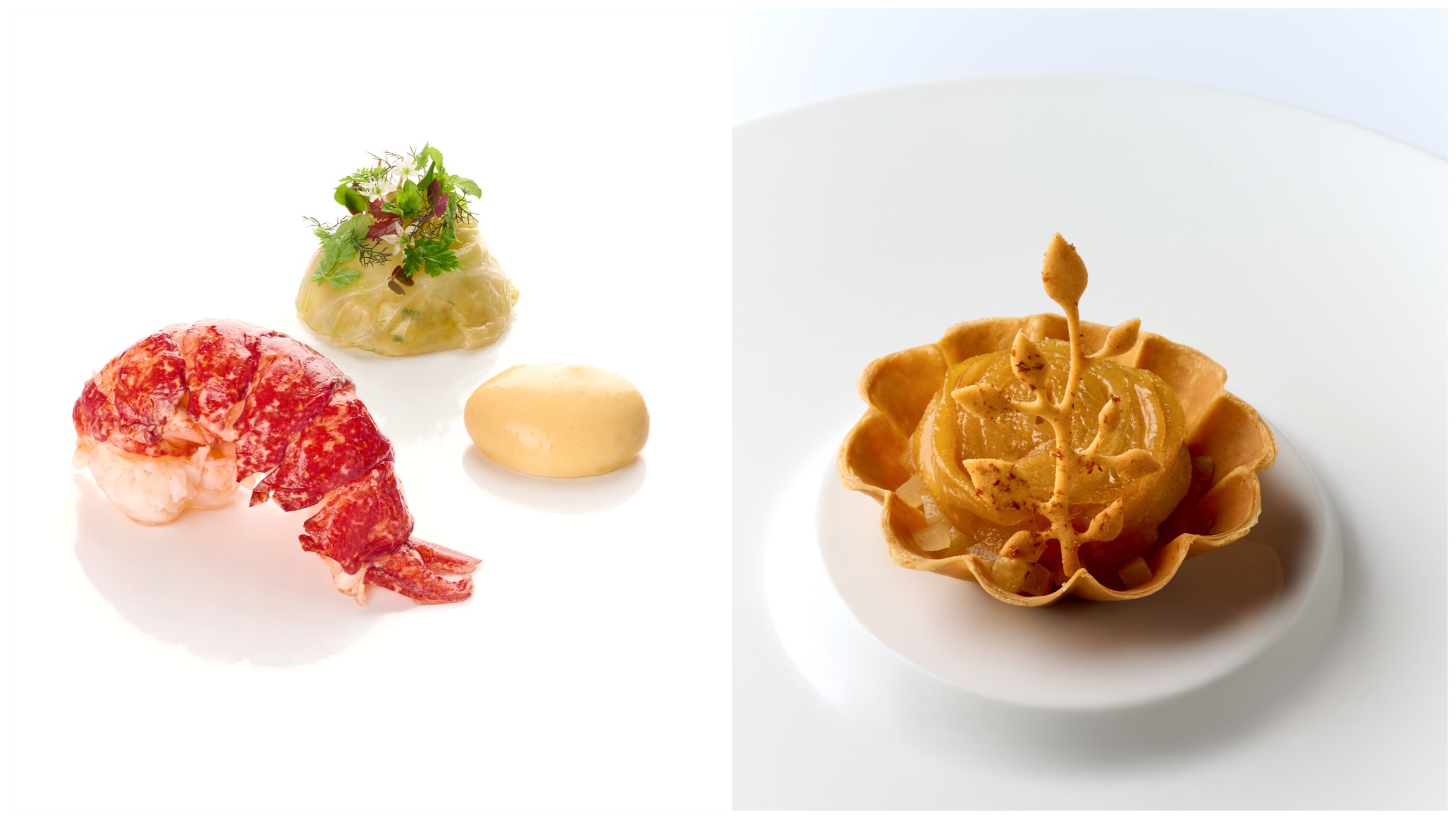 In a recent interview with the MICHELIN Guide Singapore, Kirk Westaway of two-MICHELIN-Starred JAAN by Kirk Westaway gave a sneak peek of the restaurant's autumn menu, which was said to comprise of dishes filled with richer sauces and bolder flavours. According to Westaway, "we really want to focus on comfort food and heartwarming dishes, so the whole menu really is like a warm hug in the belly.”

With the restaurant's signature philosophy of reinventing British cuisine, JAAN by Kirk Westaway's newly launched autumn menu showcases the season's produce and executes them in dishes such as Salt Baked White Beetroot with Kristal Caviar, which features paper-thin white beetroot sheets rolled into cylinders that are stuffed with soft cheese and topped with horseradish. Another highlight of the menu is a lightly blanched and roasted Scottish lobster, served with Hipsy cabbage dressed in lobster trimmings and onions, and paired with a warm brown butter mayonnaise along with a lobster sauce.

Westaway attributes a Pear Caramel dessert to the English autumn landscape and fall foliage. Thinly sliced Conference pears are caramelised and are served with a pear chutney and a puff pastry baked to the shape of an auburn leaf. It is served with vanilla ice cream and a sprinkle of delicate autumn leaf-shaped biscuits. 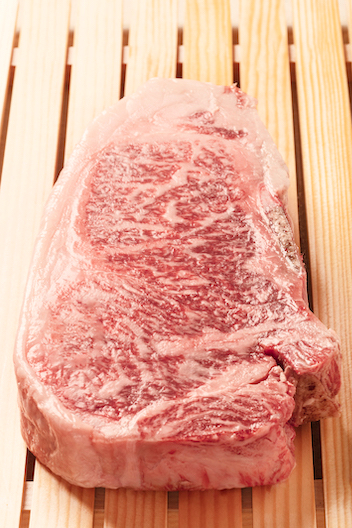 Exclusively available at CUT in Singapore, the Kagoshima bone-in craft wagyu is flown in from Mizusako Farm, one of Japan's largest family-owned craft wagyu farms, in Ibusuki, Kyushu. According to CUT, what makes Mizusako Farm stand out, apart from their stringent breeding conditions, is that its cattle grow freely with natural, mineral-rich spring water as their main source of hydration.

Second-generation farm owner Meister Mizusako shares that the cattle also feed on a chemical-free diet of okara (beancurd), roasted soybeans, sweet potatoes, and local vegetables, which according to him, results to uniquely-flavoured and well-marbled wagyu.

CUT by Wolfgang Puck has actually added the Kagoshima bone-in craft wagyu to their menu on Oct. 1, 2021, but due to the high demand, the restaurant has already sold out for the rest of October 2021. Make a reservation here to experience this CUT-exclusive craft wagyu starting early November 2021. 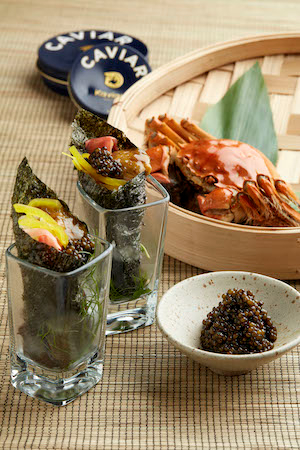 3. Crab is the Star of Yì By Jereme Leung's Seasonal Dishes

A delicacy in China that experiences its peak during the autumn season, hairy crab sourced from the Taihu Lake is served in various styles at MICHELIN-listed restaurant Yì By Jereme Leung. Diners can choose from a modern take of hairy crab in the Freshly Wrapped Marinated Hairy Crab Hand Roll with Kristal Caviar, Pickled Ginger & Radish, or opt for the traditional Steamed Hairy Crab served with Yunnan Brown Sugar Ginger Tea or Huizhou Hakka Style Salt-baked Hairy Crab. To complete the experience, diners are welcome to taste the hairy crab in a dessert of Freshly Baked Custard Soufflé with Hairy Crab Meat & Roe.

The menu also showcases Japanese King Crab and Sri Lankan Yellow Crab in a handful of its plates. For those who choose to enjoy these creations from the comfort of home, selected dishes are available for takeaway and delivery.

Yì By Jereme Leung's seasonal crab menu is available from now until Nov. 30, 2021 only. Make a reservation in the restaurant here, or order for delivery or takeaway here. 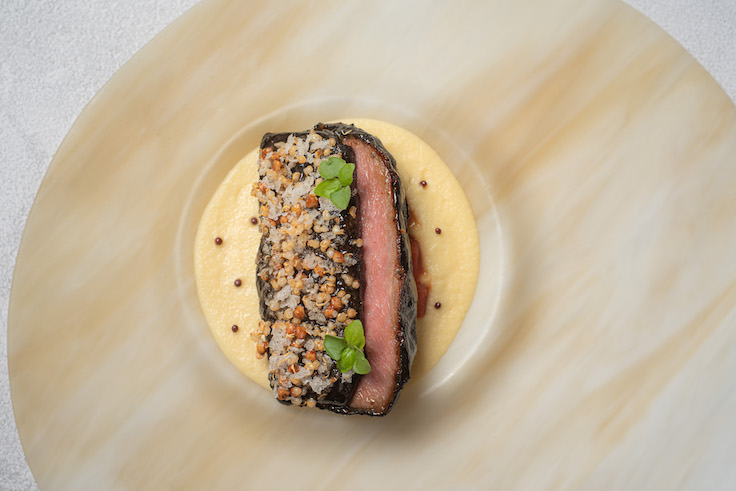 Making a comeback in Preludio's seasonal menu is the Pata Negra, which features Ibérico pork shoulder with a white carrot and apple purée and charred tomato. (Photo by Preludio)

4. Preludio's New Menu Features Its Most Popular Dishes Since the Restaurant's Debut

Described by the Michelin inspectors as "an evolving dining concept that starts a new chapter annually, with the chef's eclectic style reflecting his travels around the world", MICHELIN-listed restaurant Preludio has launched its newest menu entitled "The Preludio Story", which is currently being served at the restaurant.

In this menu, Preludio brings back its most popular dishes since it debuted in November 2018, with highlights such as its signature pasta dish, the La Cortina, where butternut squash agnolotti is drizzled with Il Borgo’s traditional 25 year old balsamic vinegar. Other featured plates include Preludio's Pata Negra, which features Ibérico pork shoulder with a white carrot and apple purée and charred tomato, as well as the Waves Lapping on the Shore, a dish of sea urchin, chervil root, and consommé, which aims to capture the feeling of ocean waves arriving on the beach.

According to the restaurant, they are currently on an interlude, and with the Preludio Story menu, they hope to take this season to reflect on the journey thus far.

Book a table at Preludio here. 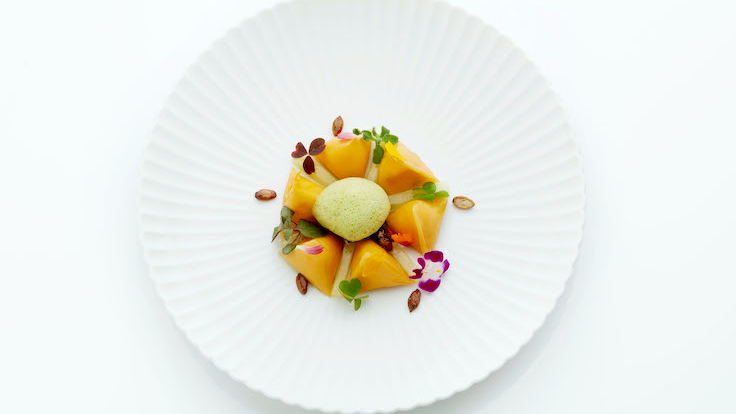 With its new menu, guests are invited to enjoy starters such as Turbot from Brittany prepared “à la meunière” (with brown butter, chopped parsley, and lemon) with spring onion and sake lees, dressed with a geranium, tarragon, and sage sauce, and Matsutake Mushroom cooked “en papillotte” (baked in paper) in a Bourbon Pointu coffee sabayon with a mushroom consommé infused with juniper and young ginger. Mains include The Pigeon from Bresse, which is smoked and marinated with perennial flowers and buckwheat, dill, Chartreuse, and fennel dauphine, and The Blue Lobster from Brittany, which is cooked over coals and accompanied with sushi rice with sencha leaves and yuzu, and a crustacean bisque with genmaicha and Madras curry.

A dish that is a mainstay in all of Pic's restuarant's menus is the Berlingots, which are pasta parcels filled with French cheese fondue, whose accompaniments change depending on the seasons. This autumn, the Berlingots at La Dame de Pic are served with a leek dashi infused with green cardamom and matcha.