Born in Busan and raised in Seoul, South Korean chef Sun Kim spent a lot of his growing-up years running around in his mother’s gamjatang eatery as she served comforting bowls of oxtail soup to hungry diners. Now, a decade after he first packed his bags to pursue his culinary dreams overseas, he still finds himself longing for a taste of home.

Pre-pandemic, the chef would travel home to Seoul twice a year with his Singaporean wife, but now he shares that the things he misses most about South Korea are his family, friends, and of course, food.

What brings him comfort and a sense of familiarity though, is Singapore’s vibrant gastronomic landscape of which Korean food and culture are a big part of. Take for example, the district of Tanjong Pagar where his one-MICHELIN-starred contemporary Korean restaurant Meta is situated. Home to more than 30 Korean restaurants and a bustling Korean community, Tanjong Pagar is informally known as Singapore’s Koreatown.

This is where our tour begins, as Kim shows host Huang Ming Tan a real slice of Seoul in Singapore and his favourite local haunts in the little city he now calls home. Watch the video below: 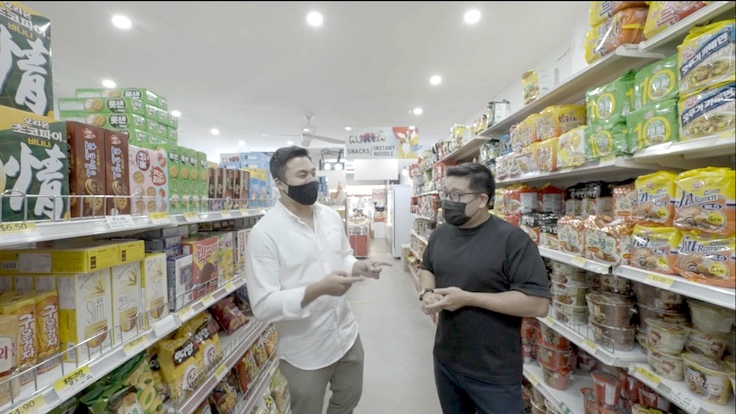 Just hop and skip away from Meta, the Tanjong Pagar outlet of Korean grocery chain Koryo Mart is where the chef often finds himself picking up a pantry staple for home or a specialty jang (Korean sauce) for the restaurant. Occupying two spacious shophouse units, the store is a maze of shelves stocked full of Korean snacks, cooking essentials, beverages and household products all directly imported from Korea.

Among the chef’s go-to products: fragrant perilla oil used in almost every Korean dish from bibimbap to kimchi pancakes; instant ramen for Jjapaguri (the mixture of black bean noodles and seafood udon made famous in the South Korean film Parasite); crispy dried seaweed sheets and gochujang that he uses both at home and at the restaurant. 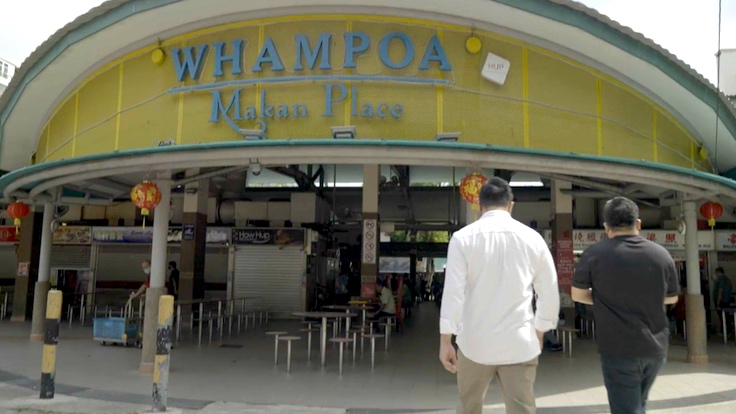 2/5: Home is where the hawker centre is

Since setting down roots in Singapore six years ago, one of the most comforting new food rituals for Kim has been easy meals with his wife at hawker centres near his home. “We used to go to Golden Mile Food Centre a lot when we lived in that vicinity, but now that we live in Boon Keng, Whampoa Hawker Centre has become our default,” he says.

The sprawling food centre is dotted with famous stalls like Balestier Road Hoover Rojak, Beach Road Fish Head Bee Hoon and Huat Heng Fried Oyster—the chef often makes it a point to queue for his favourite prawn noodles at Singapore Fried Hokkien Mee and tuck into a breakfast of braised duck porridge at Liang Zhao Ji with a tall glass of kopi-c peng siew dai, which he orders like a native. 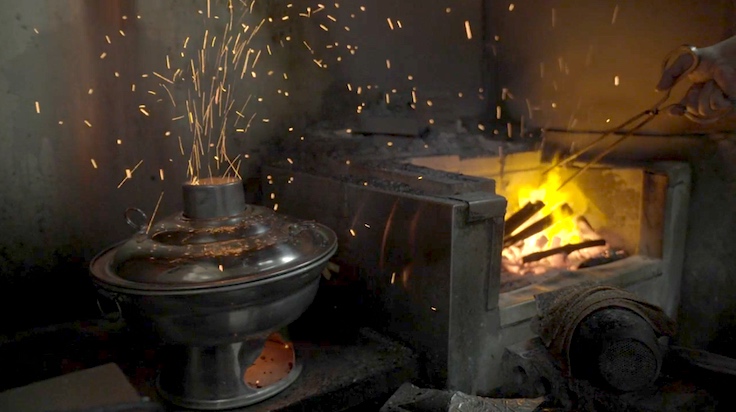 This prominent fish head steamboat establishment on the corner of North Bridge Road and Jalan Sultan holds a special place in Sun Kim’s heart—it was introduced to him by his then-girlfriend, now wife, and is a place they continue to frequent with family and friends.

Nan Hwa Chong Fish Head Steamboat has a history going back to the 1920s in Singapore serving up Teochew-style fish soup simmering at the table in traditional charcoal-fired chimney hot pots, the vessels from which “steamboat” gets its name from. Though traditionally made with Song fish head, or carp, Kim prefers the meatier grouper for his steamboat. The soup, chock full of vegetables and yam chunks which lend it a clean sweetness, carries a distinct smoky fragrance from the charcoal that cannot be replicated on an induction or gas hotpot. “And we’ll also order other dishes like har cheong gai and sambal kang kong to share,” says the chef, the local names for prawn paste chicken and water spinach in chilli sauce rolling easily off his tongue. 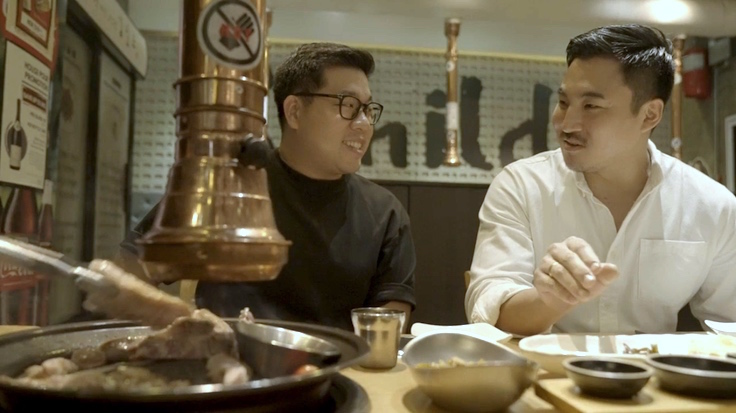 4/5: An authentic Korean barbecue experience to transport you to Seoul

When it comes to a night-out with friends in Seoul, Korean barbecue is go-to style of eating for Kim. “In Seoul, eating with friends means Korean barbecue. It’s like the default, I could eat it every day,” he laughs. In Singapore, the chef’s favourite K-BBQ joint is Kimildo along Tras Street. Here, fresh and chilled premium cuts of pork and beef are butchered on-site and cooked on a table top charcoal grill. As at Nan Hwa Chong, using charcoal lends an irreplaceable smoky char to the meats and is one of the indications of an authentic Korean barbecue experience. “In Seoul, the servers will cook and cut the meat for you, and that’s how you know it’s authentic,” explains the chef. “Here at Kimildo, they almost feed you!”

To round off the meal, he recommends having a bowl of mul naengmyeon. The slippery buckwheat noodles served in an icy beef broth with crisp strips of pear acts almost as a palate cleanser. Finally, wash it all down with a Soju Bomb, a typical Korean cocktail of soju and beer which the chef gamely demonstrates mixing. 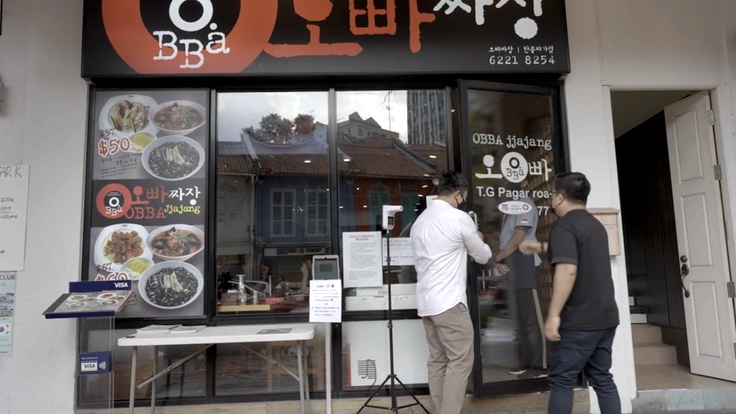 5/5: Slurp up some hearty Korean-Chinese cuisine

O.Bba Jjajang serves up Korean-Chinese classics like jjajangmyeon (black bean sauce noodles), jjamppong (noodles in spicy seafood broth) and tangsuyok (sweet and sour pork) in hearty portions. The tasty handmade noodles are no secret, and the unassuming eatery draws long lines at lunch and dinner daily. “Pre-Covid, they used to open till 3am and the restaurant team would come frequently for supper after dinner service,” shares the chef. “The food here reminds me of Sunday dinners with my father growing up in Seoul. We would go to the Chinese restaurant together every week—except the jjajangmyeon here is even better!”