Craftsmanship is not mastered overnight; it takes skill and a lot of heart. Chef-owner Ryan Clift has spent the past thirty years honing his craft in modern gastronomy by discovering fresh flavour combinations and exploring new cooking techniques. At Tippling Club, Clift helms the kitchen with head chef Ayo Adeyemi, while head bartender Andrew Loudon leads the bar. Together, they are on a mission to provide diners with rich and memorable gastronomic experiences. 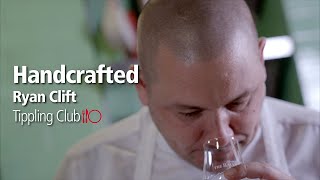 “We start with one ingredient, so we’re creating a line, thinking of what works best with it, and then we add another line. So, it now becomes a timeline. When we draw the line down at the base, we apply a concept to that individual ingredient,” explains Clift. “And the ink splatters? They’re there because my pen broke as I was drawing this on paper. I liked the look of it, so I decided to make it part of our logo.” 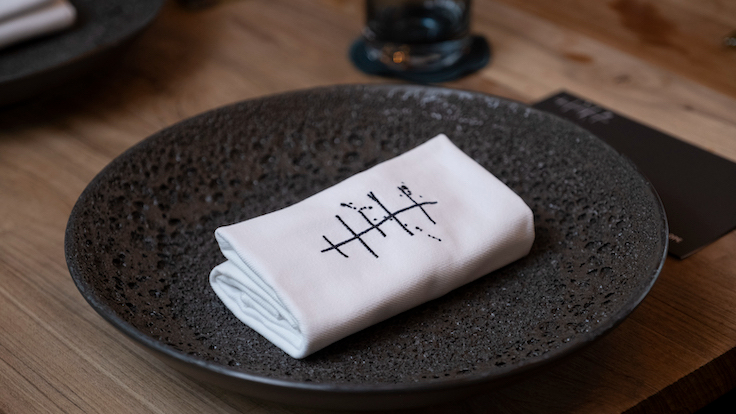 What It Means to “Tipple”

In the old days, if you were “tippling”, you were eating and drinking in small portions. According to Clift, tippling clubs were formed in England during the 1700s and 1800s, and they were usually a coming together of well-travelled individuals with common interests. They would share souvenirs acquired from their adventures such as liquor, cigars, and books.

“Tippling Club was established to bring like-minded people together, to enjoy gastronomy and world-class cocktails together. When we first opened in 2008, people said, ‘the food is weird, the drinks are too strong.’ It freaked them out. We had to ask ourselves, ‘do we stick to our guns or do we change for the market?’ We decided we weren’t going to change our concept because of the response we initially received. Staying dedicated to our craft, we continued with our ideas, stuck to our guns, and 13 years later, we’re still here,” says Clift.

Tippling Club currently holds a MICHELIN Plate distinction and has earned praise from MICHELIN inspectors for its “embrace [of] all the latest techniques to produce quite elaborate and exciting dishes with some challenging combinations of flavour and texture”. 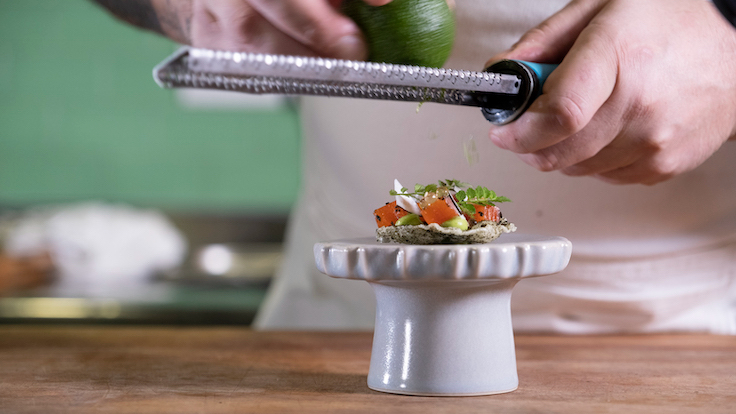 Tippling Club has been around for 13 years since it first opened its doors in 2008, a testament to the team’s dedication in honing and constantly refining their craft.

How the Dedication to the Craft Drives Innovation

With Tippling Club’s dedicated focus on innovative gastronomy, the restaurant imbues a shared philosophy with The Balvenie that revolves around craftsmanship and heritage. “We're in an industry where people want to feel; they want to interact. And they want to feel this world when they're sitting down and eating. Although our food is not British, there are little touches that remind us of our roots. The fabrics we use symbolise the colours of the jungle. The concept of Tippling Club is an old English concept, an old English word,” shares Clift.

Tippling Club has been around for 13 years since it first opened its doors in 2008, a testament to the team’s dedication in honing and constantly refining their craft. For Clift, Adeyemi, and Loudon, their commitment to constantly pushing the boundaries of innovative gastronomy together mirrors their passion and heart. “It’s a team effort. I’m very blessed to have my partners with me, and we work very closely together to create everything that happens and is experienced in the restaurant. They play an integral part in the concept, the development, right down to the delivery. For me, it's always been about making the process a family affair, and the team is the family here at Tippling Club,” says Clift.

Clift continues: “The amount of R&D and development that we do in this restaurant on a daily, weekly, monthly, and yearly basis is astronomical. But that’s what makes Tippling Club, Tippling Club. We're always pushing the boundaries and we're always having fun and creating new things.” 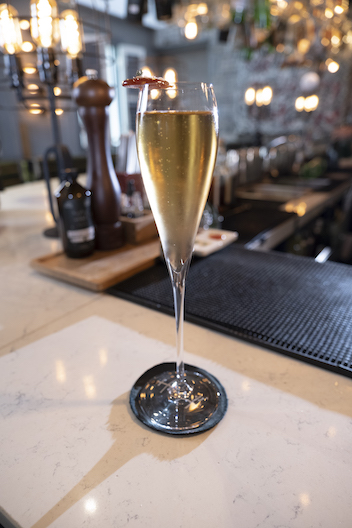 A Playful Approach to Food with Inspired Whisky Pairings

Clift shares that he absolutely enjoys savoury snacks because they open up the palate to a world of possibilities. “Snacks, for me, is the course where you can have a lot of fun. They’re small, intricate bites that burst with flavour and technique. Plus, there’s nothing like a bright, refreshing cocktail to go with them,” he says.

Using The Balvenie 12 Year Old DoubleWood, head bartender Loudon crafted a stirred cocktail called The Black Arrow to accompany the snack course. Clift explains that the foundation of all good cocktails is the prevalence of the spirit’s flavour. “Aside from The Balvenie, The Black Arrow has white truffle, Palo Cortado sherry, popcorn syrup, orange blossom water, and champagne, which accentuates that hint of vanilla and gentle spice of the whisky. It has a balance of citrusy flavours, with a nice whisky note going through it, making it the perfect partner for the snacks,” explains Clift. 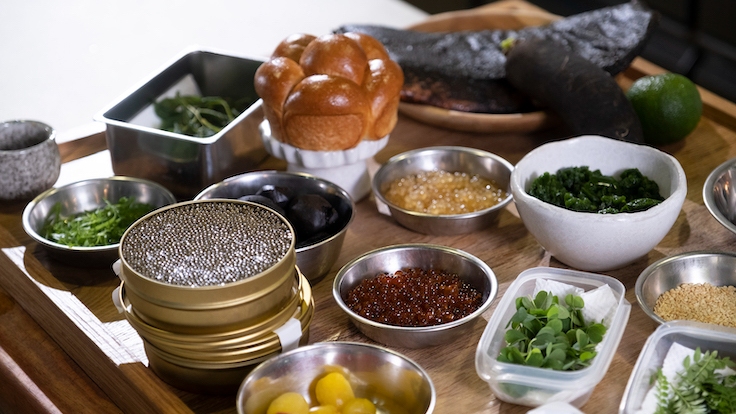 Clift shares that he absolutely enjoys savoury snacks because they open up the palate to a world of possibilities.

“To start, we have a Parker House roll that’s smoked with peat from The Balvenie. It tastes pleasantly surprising as the peat lends a malty, oaky note that’s unique to whiskies,” shares Clift. This is followed by a serve of cured ocean trout with nori cracker and yuzu avocado; Japanese sweet potato waffle topped with truffle crème fraîche and truffle-infused ikura, and then by milk and caviar. Clift adds: “The milk and caviar works wonders with The Balvenie 12 Year Old DoubleWood’s spicy and sweet notes, as it boosts the creamy sweetness of the milk and the saltiness of the caviar.” 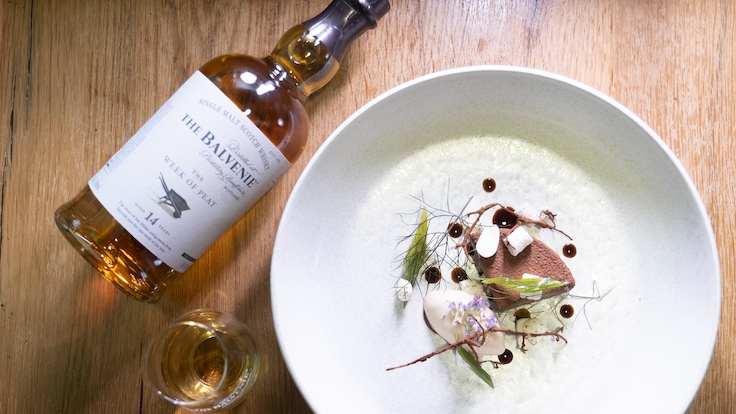 The 14 Year Old The Week of Peat’s floral and sweet notes inspired chefs Clift and Adeyemi to create an almond and chocolate-based dessert to lift those notes.

With the 14 Year Old The Week of Peat, chefs Clift and Adeyemi were drawn to the whisky’s floral and sweet peat notes and created a dessert to both lift and enhance those flavours. To bookend the meal, the whisky is served neat alongside a dessert made with liquid malt-infused ganache topped with a smoked marshmallow, a confiture of wild fennel infused with anise and dill blossom, and a toasted almond milk ice cream. “A surprise that guests will find is raw licorice. We added it to elevate The Balvenie’s peaty flavours and lingering vanilla sweetness, without overpowering the other dessert components,” says Clift.

Beyond the Starched White Tablecloth

With the open kitchen showcasing the team at work in full view, Clift describes the way they operate as elegant and slick. “When guests dine here, it’s casual, it’s fun, it's playful, it's emotional, it’s got soul. It goes beyond the starched white tablecloth, in my opinion. That is, in a nutshell, what we're trying to achieve.”

Clift adds: “It’s interesting to see a brand like The Balvenie produce these types of classic whiskies, but still have fun with what they do. The Week of Peat, for example, is just a really nice expression of something that just happened in the distillery. Tippling Club is the same — we like what we do, and we have fun with what we do. I think it’s a good marriage of both brands coming together.” 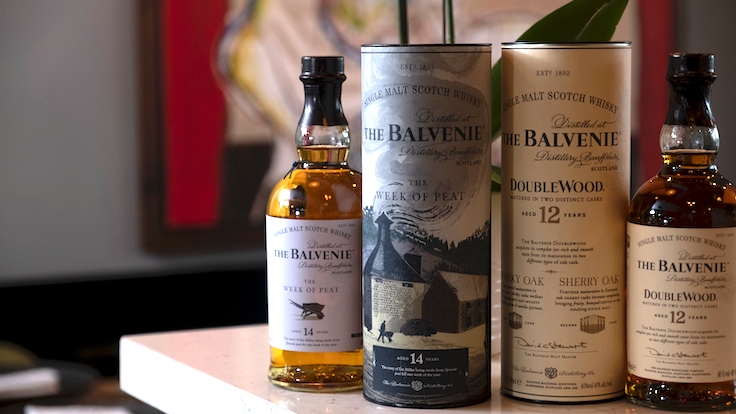 On Tippling Club and The Balvenie, Clift says: “We like what we do, and we have fun with what we do. I think it’s a good marriage of both brands coming together.”

Experience Inspired Whisky Pairings at Tippling Club with The Balvenie

From 1 October to 1 December, Tippling Club will be serving The Black Arrow cocktail and snack pairing, as well as the whisky-paired dessert. Book a table online here.