7 Restaurants To Explore The Regional Cuisines Of China

Get a taste of the dizzying diversity of Chinese food culture at these eateries specialising in regional cuisines.

Spanning thousands of years in rich history and covering over 9 million square kilometres, China boasts incredibly diverse culinary traditions from region to region. With spicy Sichuan mala flavours trending in Singapore and Chinese restaurant chains popping up around the island, interest in Chinese cuisine with all its rich diversity is growing. Expand your palate and knowledge of Chinese regional dishes at these recently opened establishments. 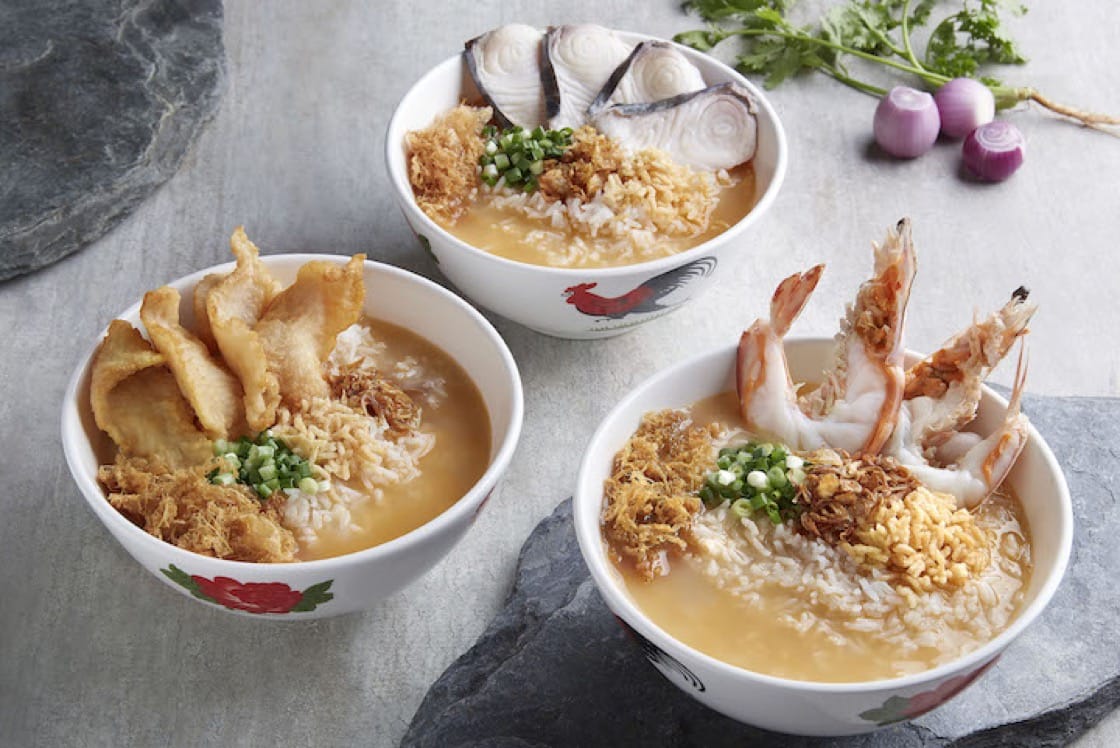 Teochew Comfort Food At Chao Ting
Teochew cuisine is known for its clean, refined flavours that showcase the freshness of its ingredients. Chao Ting is a new fast-casual concept on Amoy Street that specialises in Teochew pao fan, a classic, simple comfort food of rice in light broth, served with sliced fish or king prawn. Five hours on the stove renders prawns, pork, chicken and fish bones into a flavourful soup in which toothsome cooked rice is simmered and then topped with crispy rice, fried egg floss and fragrant shallots. 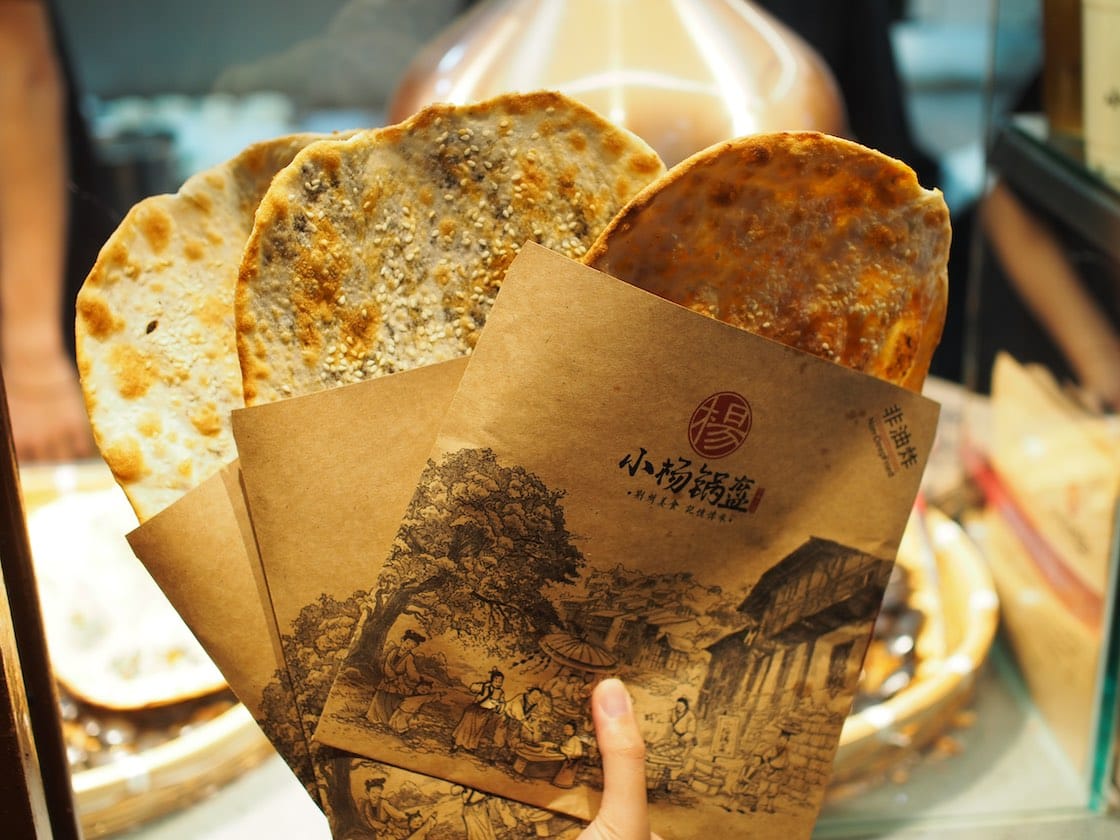 Clay Oven-baked Hubei-style Flatbreads At Xiao Yang Guo Kui
Popular Hubei chain Xiao Yang Guo Kui has brought to Singapore a traditional Chinese street snack with a 1,000-year-old history — a type of Chinese bing, guo kui is a flatbread baked in a charcoal clay oven. Unlike the usual bing which are usually chewier and pan-fried with oil and stuffed with savoury fillings, guo kui are baked without the use of any oil and then the thin crisps are served piping hot with a savoury spread inside. Xiao Yang Guo Kui offers six flavours at its two outlets in Jurong and Choa Chu Kang, which were inspired by different cities in China who enjoy their guo kui differently. There’s Chongqing preserved mustard greens, Jiangsu-style pickled vegetables, mixed greens from Xi An or a combination of all three. A spicy Sichuan flavour and sweet red bean dessert guo kui round up the lot. 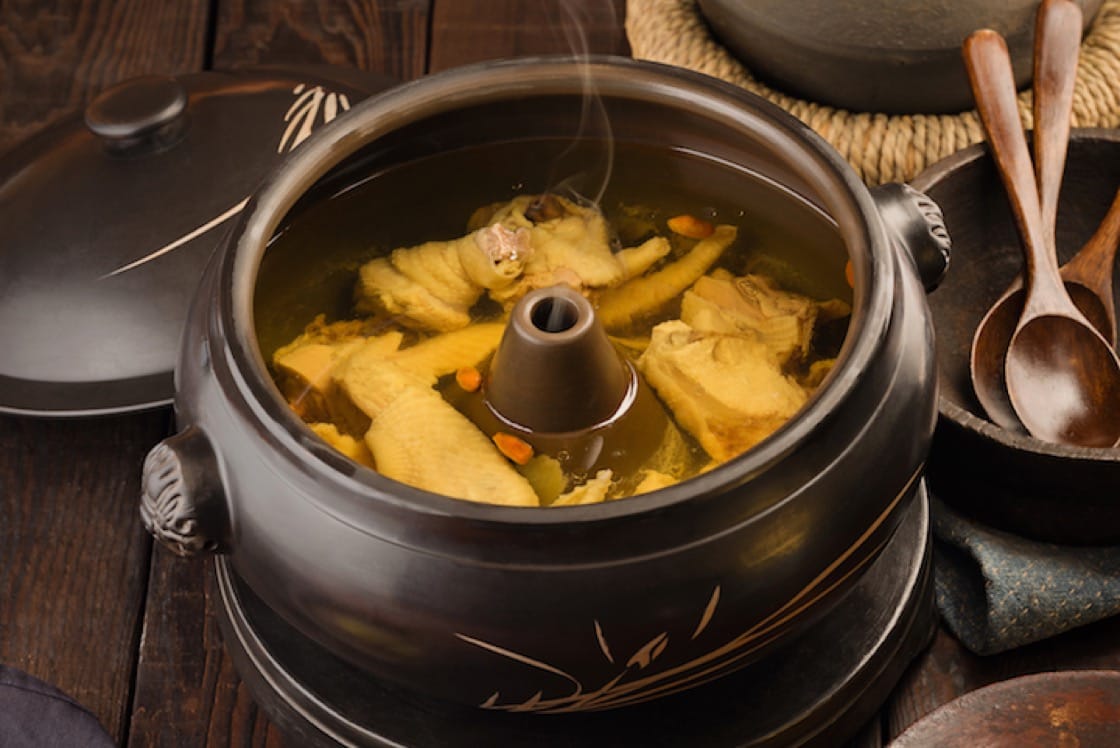 Yunnan Highland Cuisine At YUN NANS
This new restaurant at Jewel Changi Airport is the first overseas outlet of Yunnan restaurant chain Yun Hai Yao, which specialises in the little-known gao yuan liao li, or highland cuisine. The cuisine is characterised by local ingredients that are cultivated up to 6,000m above sea level in Yunnan’s highlands in China, including wild porcini, black truffle, wheat pumpkin and edible flowers. Signature dishes include stir-fried porcini mushrooms with dried chilli, beef stew simmered in a copper pot and a chicken soup in which a special breed of black-footed chicken is pressure-steamed for three hours to make a clear, robust broth without adding a drop of water. 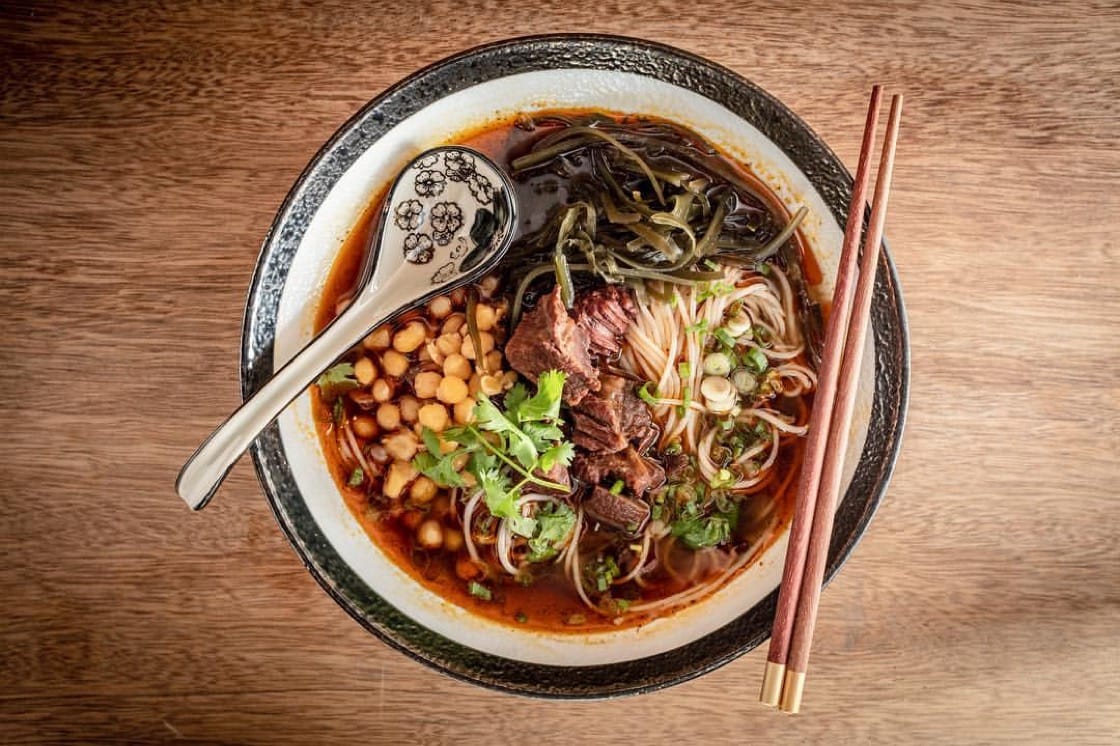 Sichuan Rice Noodles At Chuan Hung
A quintessential dining experience in Chengdu, the capital of China’s Sichuan province, is popping into a mi fen eatery to slurp up a silky bowl of rice noodles and innards swimming in spicy broth. Chuan Hung in Telok Ayer brings that authentic experience right to Singapore’s central business district with chefs from Chengdu and home-made rice noodles from the prefecture of Mianyang, which is famed for this specialty product. Order chits on each table let diners customise their noodle bowls for the level of spiciness and add-ons like beef tongue and chicken offal. 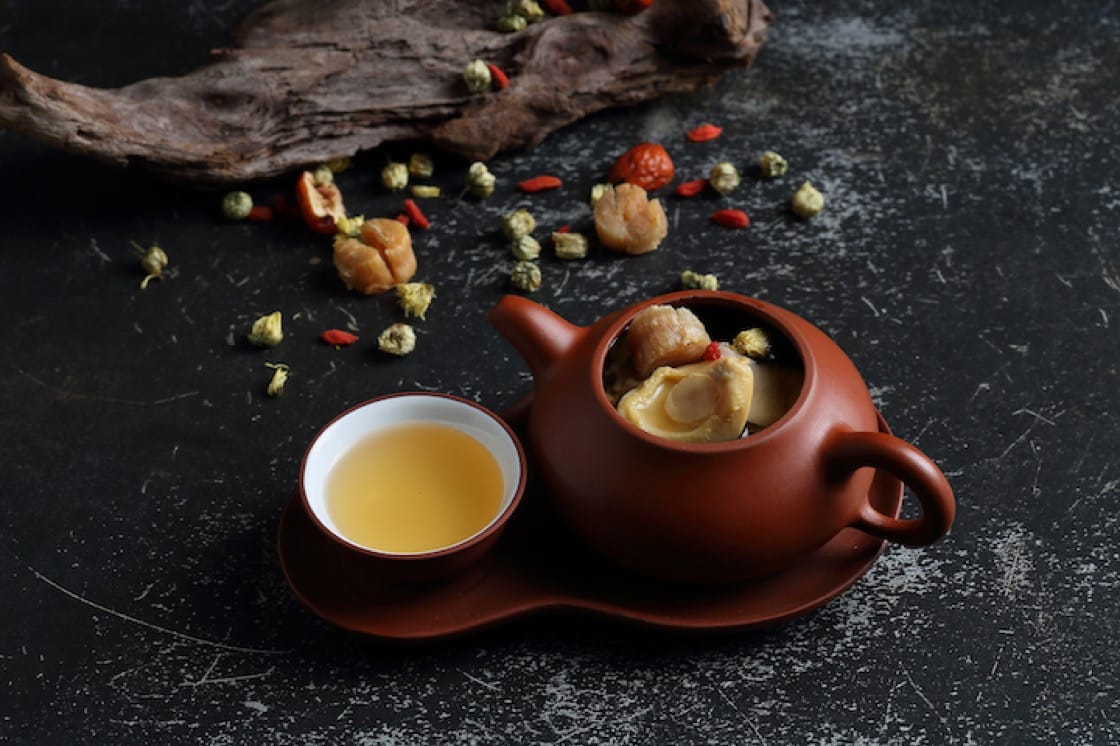 Delicate And Refined Flavours At Crystal Jade Jiang Nan
Group executive chef Martin Foo has recently revamped the menu of Crystal Jade Jiang Nan in VivoCity to better reflect the pure and light cuisine of the lush region south of the lower reaches of the Yangtze River. The region is famed for producing premium Jinhua ham and Shaoxing wine, and these are featured in specialty dishes like Steamed Yellow Croaker With Chinese Wine topped with slices of Jinhua ham and a moreish snack of crispy Jiangsu Smoked Fish cloaked in a sweet sauce of vinegar, sugar and Shaoxing wine. A dish that captures the simplicity and elegance of the cuisine is the double-boiled conpoy and chrysanthemum soup, served in a Chinese zisha teapot that keeps the golden clear soup deliciously warm. The interiors have also undergone a sophisticated grey-and-teal makeover that evokes the undulating mountainous landscape of Jiangnan. 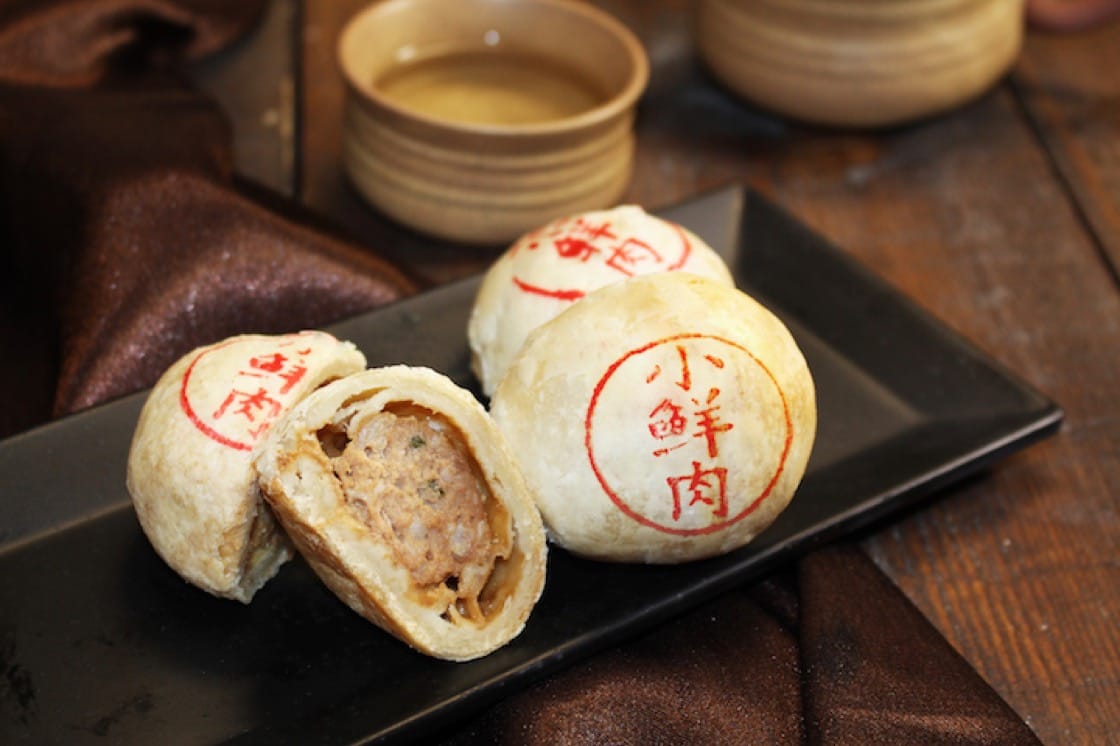 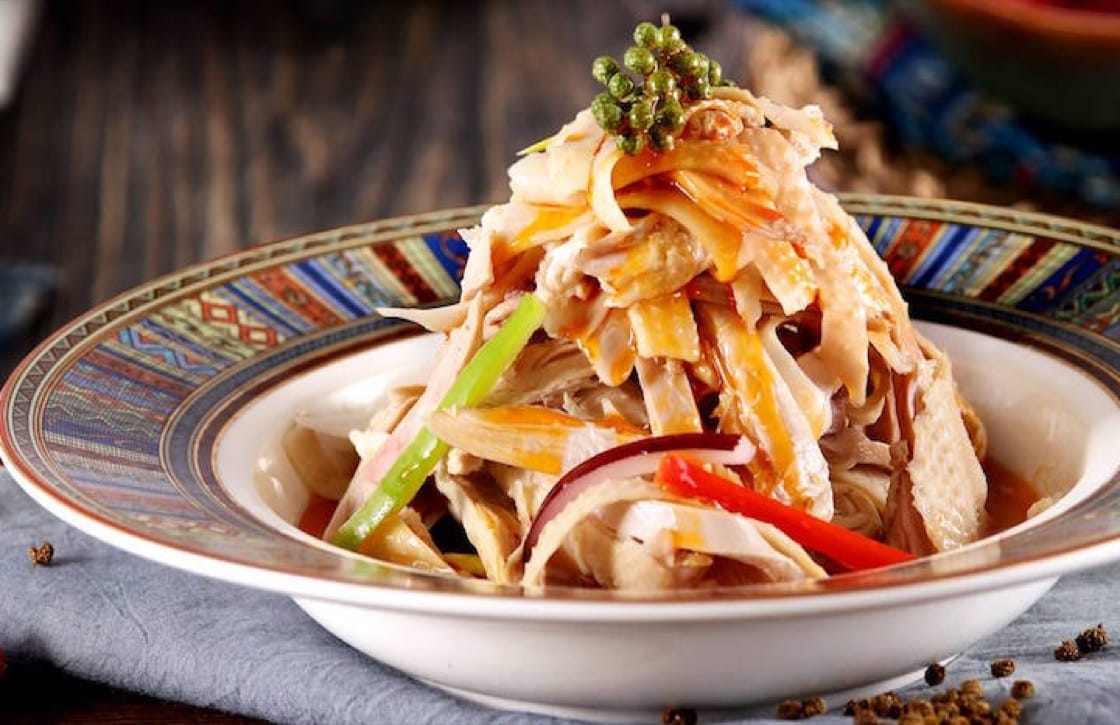