Making your own fragrant lobster-infused oil is an easy, delicious way to add depth of flavour to many other dishes.

For Dusk Restaurant, prettily perched on the peak of Mount Faber, executive chef Kenny Yeo has created a modern European menu with just a touch of local sensibility. His take on a quintessentially Italian capellini incorporates some Asian inflections from the home-made lobster-infused chilli oil and the use of shallots, spring onion and kelp.

Making your own lobster-infused oil is a great way to get as much use as possible out of an expensive ingredient. The recipe calls for lobster and prawn heads as well as crab shells, which you can save from cooking other dishes and freezing them till you’ve collected enough. The versatile lobster-infused oil can then be used in any number of recipes, from Yeo’s Tiger Prawn Capellini to fried rice and scrambled eggs. 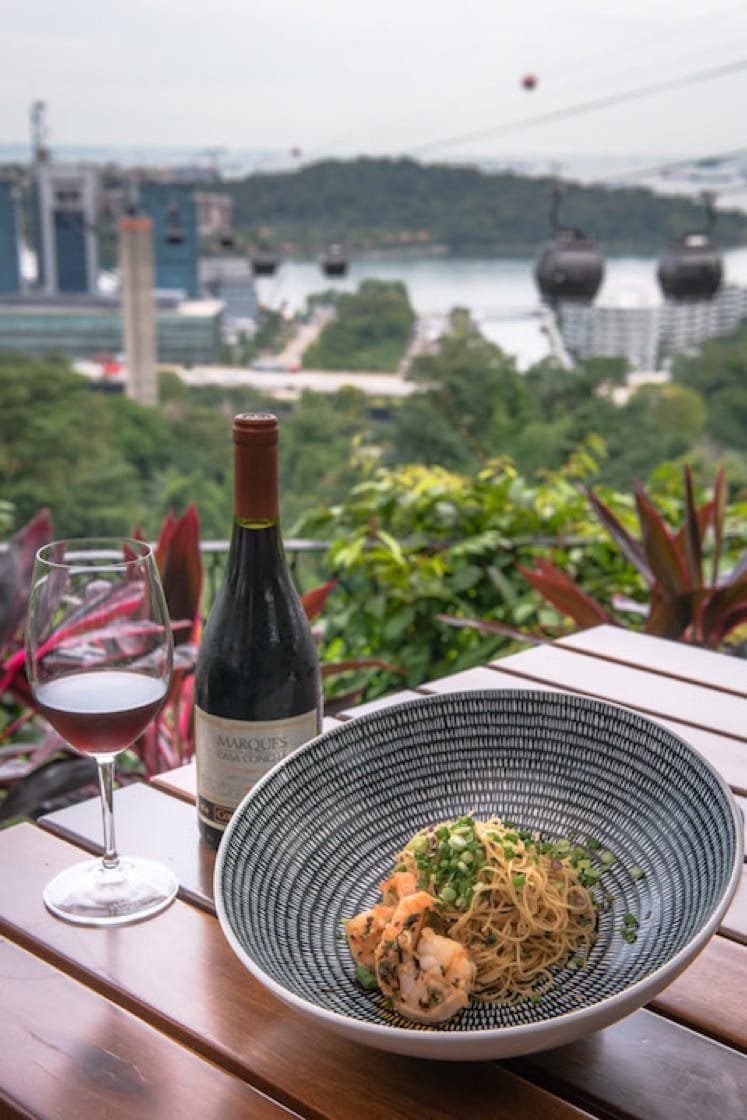 The bright orangey-red infusion tastes richly of lobster while the chilli and aromatics also pack a lot of punch in the flavour department. The oil will keep in the fridge for up to a month, but you can also freeze it in an ice tray and use the individual cubes whenever a recipe calls for it.

With a jar of this fragrant oil, Yeo’s luxurious Tiger Prawn Capellini is a breeze to whip up, even for a weekday dinner for one. “You can use local giant tiger prawns, giant freshwater prawns, whiteleg shrimps or Indian prawns,” says the chef. “But the most important thing is that they should not be overcooked. They should be just nicely done with a red undertone in the shell.”
While a seafood dish like this would send most people reaching for a bottle of white wine, at Dusk Restaurant, the signature Tiger Prawn Capellini is paired with the Marques De Casa Concha Pinot Noir 2016. Yeo recommends going out of the box and pairing the dish with a coastal pinot noir. “The liquorice structure, soft tannins and salty undertone pair very well with shellfish, while the concentrated aroma of strawberries and raspberries complements the dish with wonderful fruity flavours.” 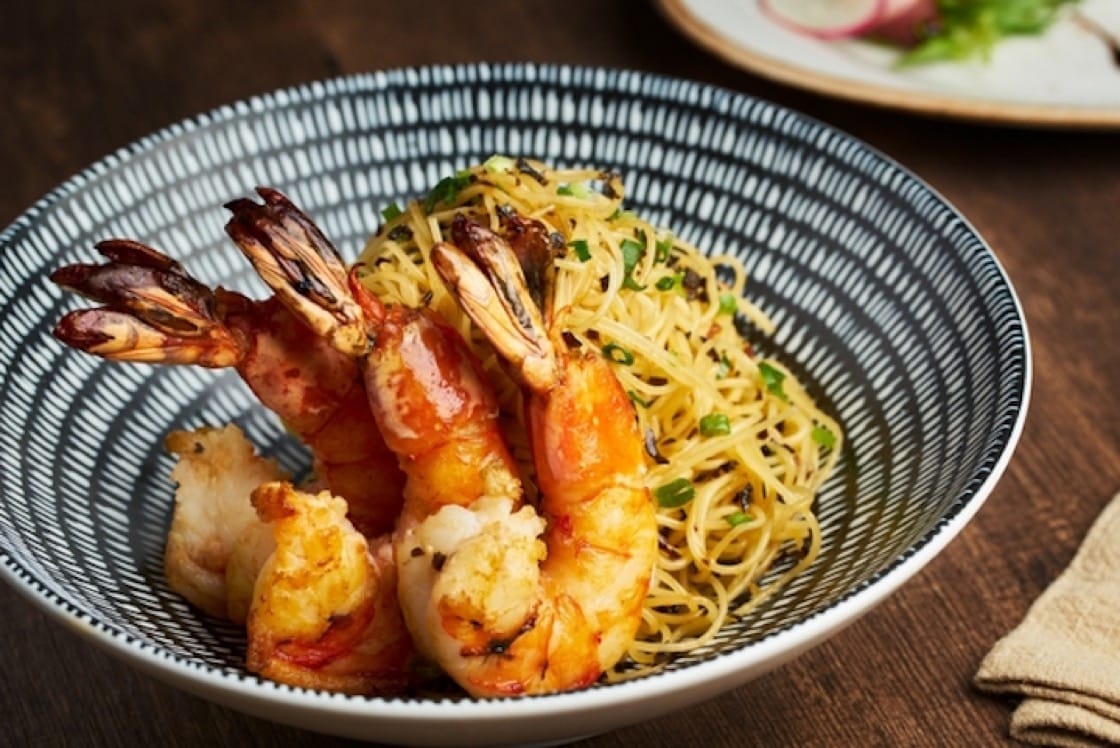 Method:
1. Sautée the lobster heads, prawn heads and crab shells in a little olive oil, along with the garlic, shallots and tomatoes.
2. Add in the remaining oil, chilli powder and dry mixed herbs and continue to simmer the mixture for 4 hours to ensure that all the flavours are infused into the oil. The oil should be a bright red by the end.
3. Once cool, strain the oil into a separate container.

Method:
1. Sautée the garlic, shallot, kelp and tiger prawns using the lobster-infused oil until the prawns are cooked.
2. Add the angel hair pasta and toss all the ingredients well.
3. Taste the pasta and add salt and pepper to taste. Once the taste is to your liking, remove and transfer the pasta to a bowl.
4. Garnish the pasta with chopped spring onions before serving.