Make chef Fabio Trabocchi's decadent, restaurant-worthy dish right in the comfort of your own home

Trabocchi whips up decadent creations across his restaurants, including a sinful pasta dish chockfull of butter, Parmigiano-Reggiano and white truffles.

“Although I had eaten black truffles when I was a child, I’d never seen a white truffle until I went to work for Silvano Pettinari in Corinaldo,” he recalls, thinking of the sound of the truffle slicer in the kitchen. “Eventually, because of my obvious enthusiasm—and because he was a nice guy—Silvano gave me a truffle. I took it home and cooked this pasta dish.”

Below is the recipe for Trabocchi’s tagliolini to make in the comfort of your own home. 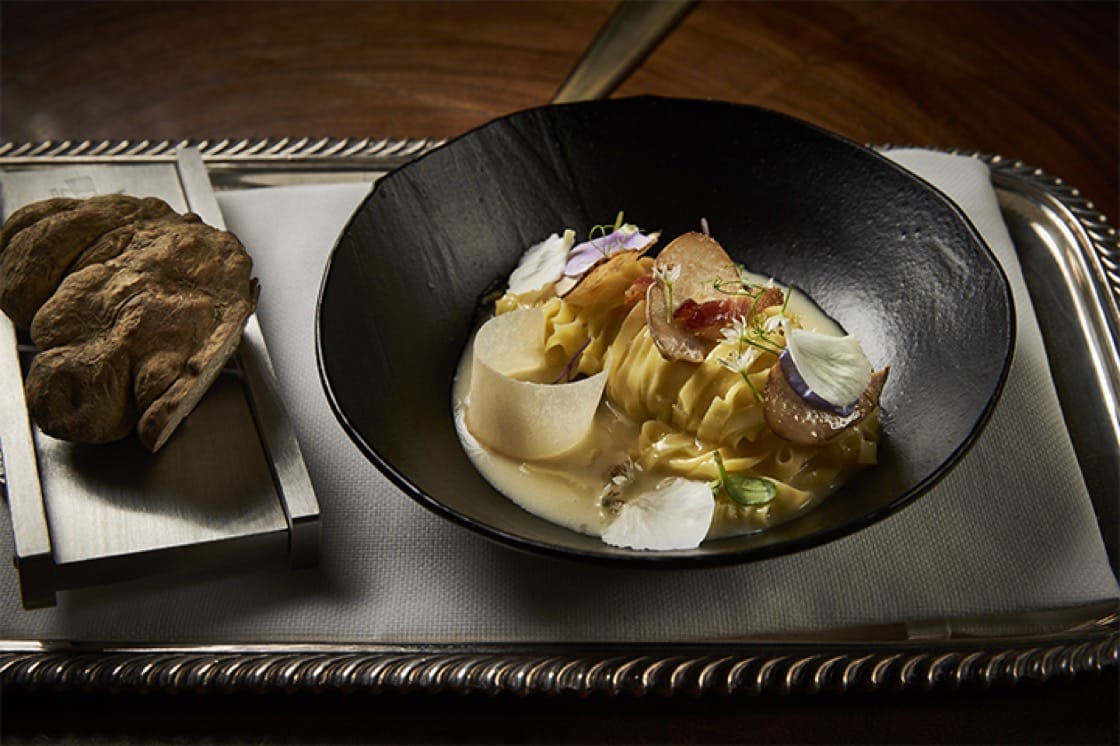 1. Bring a large pot of salted water to a rolling boil.
2. Meanwhile, gently clean the white truffles with a brush, removing any dirt on the surface.
3. Add the chicken stock to a large sauté pan; place over medium-high heat and bring to a boil. Reduce the liquid by one-third, then turn the heat to low, add the butter, and gently move the pan back and forth on the burner until the butter melts and is incorporated into the stock. Season to taste with salt and remove from the heat.
4. Add the tagliolini to the boiling water and immediately stir to prevent the pasta from sticking together. Cook for about 2 minutes, or until the tagliolini begins to rise to the surface. Set aside about 1⁄2 cup of the cooking water, and drain the pasta in a colander, shaking the colander to drain well.
5. Carefully rewarm the sauce over low heat. (If it gets too hot, the sauce could separate; if that should happen, swirl in some of the reserved pasta water to re-emulsify.) Add the pasta and Parmigiano-Reggiano, and toss well to coat.
6. Divide the pasta among six warm plates. Use a truffle slicer or a small handheld mandoline to shave the truffles over the pasta. Garnish with more Parmigiano-Reggiano shavings, micro greens or herbs and serve immediately.
Written by Abbe Baker
Abbe Baker is a Digital Editor for the MICHELIN Guide. Always on the move, Abbe is either seeking out the next good eats or running long distances—both of which merit a good glass of wine immediately following.