Jiangnan cuisine is steeped in rich history and refined culinary traditions. At Si Chuan Dou Hua, executive Cantonese chef Leung Wing Chung has recreated 18 traditional Jiangnan dishes that capture the spirit and seasonality of the region. For the month of June, take an edible trip through the culinary history of Jiangnan with these 18 dishes available on the promotional a la carte menu at $18 each.

Chef Leung has gone back to culinary traditions of the past to explore a classic dish of Daliang-style deep-fried meat rolls. This 200-year-old dish is traditionally made with chicken liver and pork, and rolled with caul fat, an ingredient that is rarely seen these days. 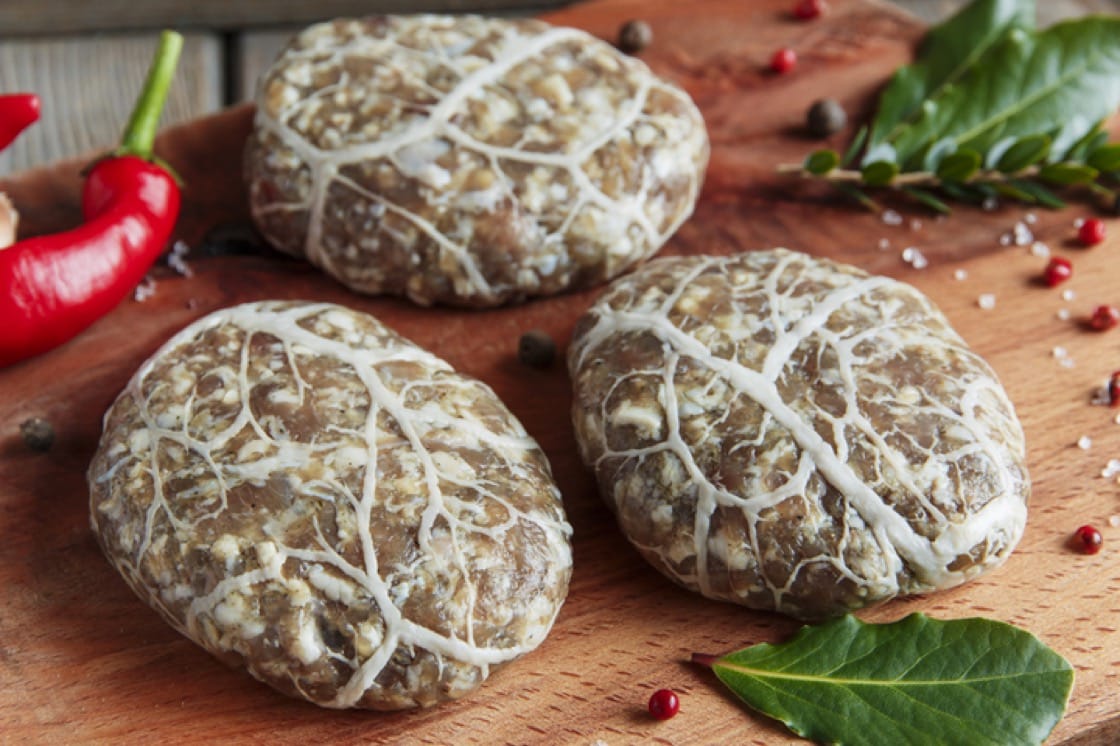 Caul fat is used in European cuisine as well.
Caul fat is the fatty membrane that lines the digestive organs of pigs, cows and sheep. Opened up and spread out, it forms a gossamer-thin, lacy netting that can be used for wrapping meats to keep them moist while cooking. It’s an ingredient that’s not just used in Chinese cooking. The French refer to it as crépine, the Italians ragnatela, and use it to wrap pates and sausages to keep them from drying out as they cook.
Advertisement
Advertisement
Chef Leung’s interpretation of this traditional meat roll uses tender Kurobuta pork and replaces chicken liver with foie gras, giving it a luxe modern take. He then wraps it up with a layer of pork caul fat which renders when fried, keeping the meat moist inside while forming a thin, crisp crust. The roll is sliced and served with a dip made with lemon, vinegar, chilli and garlic. 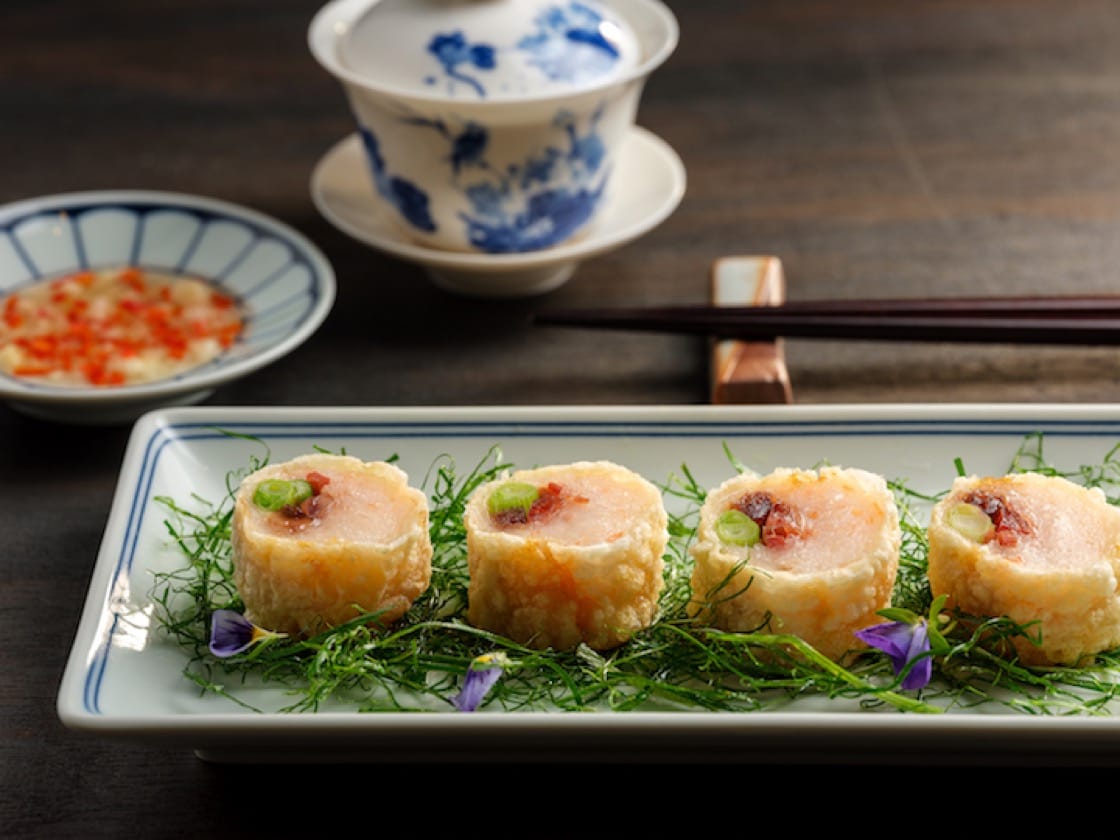 Method:
1. Open up and lay out the pork caul as a thin layer for wrapping.
2. Cut the Kurobuta pork into thin slices and lay them on the pork caul.
3. Spread a layer of prawn paste on top of the Kurobuta pork slices.
4. Cut the Jinhua ham, liver and Chinese sausages, foie gras and spring onion into thin strips. Arrange them on the prawn paste and roll.
5. Mix the rose wine and egg whites with cornstarch, pepper, salt, sugar and chicken seasoning powder. Stir the mixture until well combined with a thick glue-like consistency. Apply on the edge of the roll to wrap.
6. Fry for about 2-3 minutes in medium-low heat until golden.
7. Slice and serve.
Advertisement
Advertisement

Recipe New York City dessert
All articles of Dining In

MICHELIN Plate What to order Singapore
Dining In 1 minute