Singapore is known as a vibrant melting pot of cultures, and for many chefs who've decided to plant roots in Asia, the Lion City, along with the whole of the continent, has become home to them, too. With that said, it's not a surprise to see elements in their menus that take cues from well-loved Asian dishes that are rooted in culture and tradition.

May they be from France, Belgium, or Italy, these MICHELIN-Starred restaurant chefs are surpassing borders by creating inspired dishes that are their personal love letters to Asia. 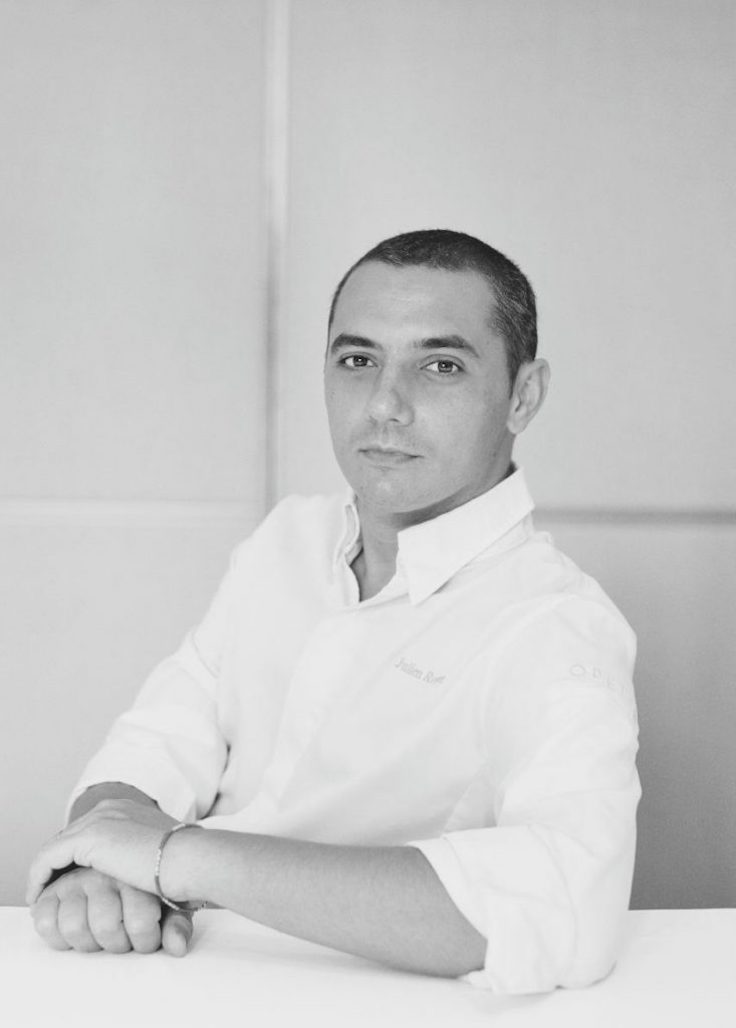 For Julien Royer of three-MICHELIN-Starred Odette, his cooking philosophy revolves around a sense of place. Apart from Odette in Singapore, Royer also has Louise, his MICHELIN-Starred post in Hong Kong. “I've lived in Southeast Asia for more than ten years now, and that is a long time. Asia is home for me now, too,” says Royer. “Because of this, I believe a sense of place is very important when you build a menu or a dish."

At Odette, Royer explains that the cuisine has evolved to marry the principles of French cuisine with inspiration from Asia's rich cultural heritage, unique ingredients from across the region, and familiar local flavours. "It is a cuisine that reflects a sense of place in Singapore, the crossroad of Southeast Asia, with an influx of cultural influences," he says.

RELATED: The First Day We Got Our Stars: Franckelie Laloum of Louise 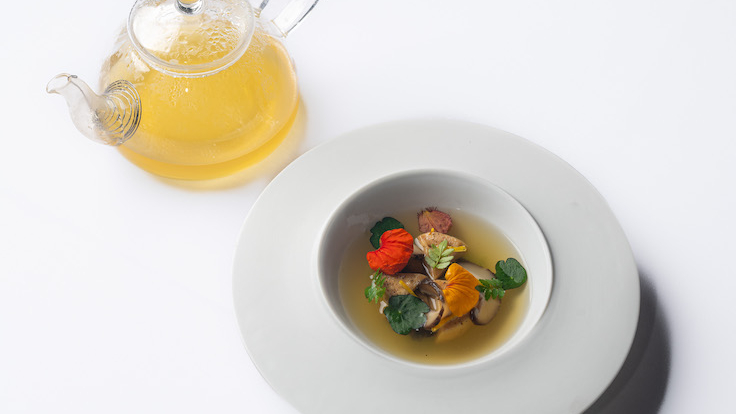 One of Odette's signatures, the Bouillon "Paysan", features gently poached foie gras, whose creaminess contrasts a chewy chargrilled Shimane Abalone. It is served with a savoury yuzu-infused pork broth, which is inspired by Singapore's very own Bak Kut Teh. The broth in mention uses garlic, ginger, and nasturtium; and it is lightened with the fragrance of yuzu.

According to Royer, this signature of his represents the evolution of his culinary approach in remaining French in his DNA, but with elegant Asian sensibilities that have been infused gradually over the years. 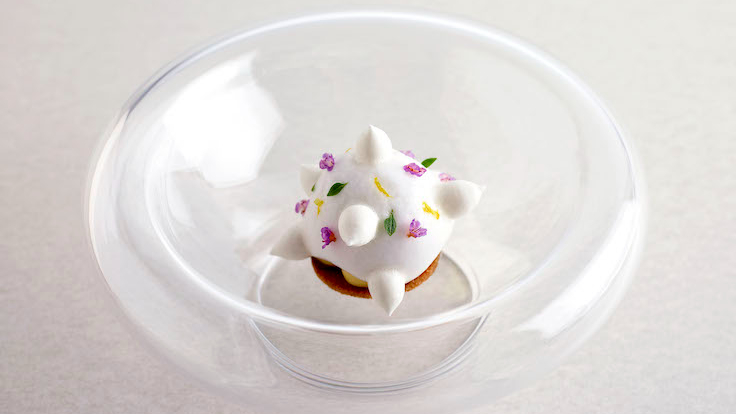 This dessert draws from Royer's personal food memories in Asia and is an exploration of citrus beyond the use of lemon, with some of the components predominantly used in Japanese cuisine. 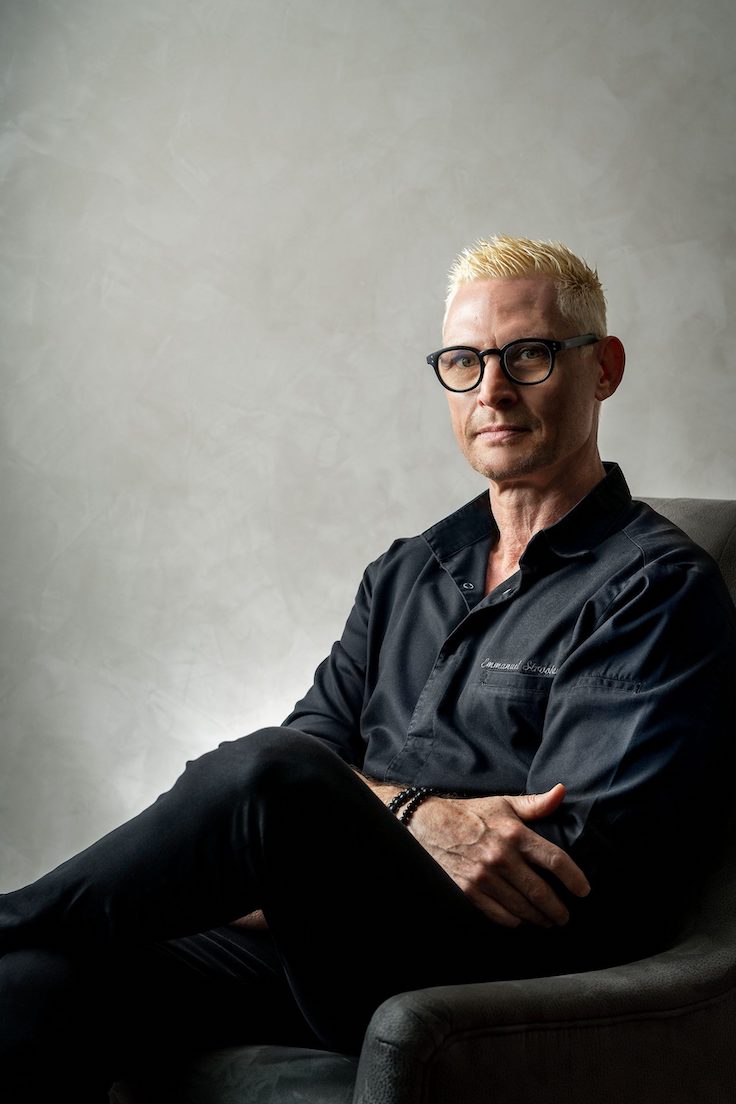 Belgian-born Emmanuel Stroobant is known to be one of the pioneers who helped shape Singapore's fine dining scene. His two-MICHELIN-Starred restaurant, Saint Pierre, has been around since 2000 and has been one of the Lion City's longest running French fine dining restaurants. Prior to Singapore, the Belgian chef has also spent time in Malaysia, and his experiences in the region have shaped his signature style of modern French cuisine with an Asian accent. 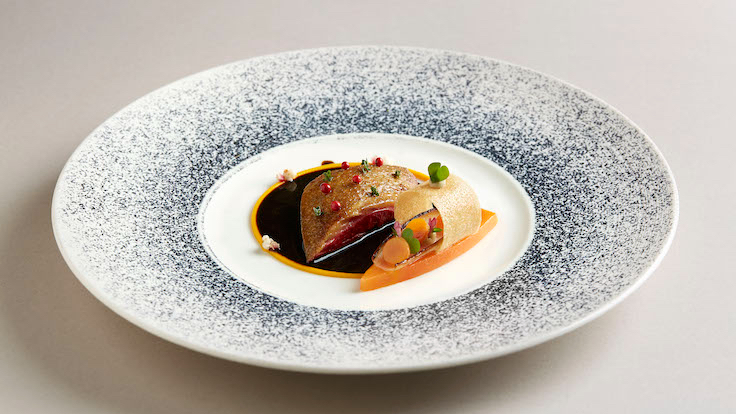 In this dish, the buah keluak sauce is given a new spin with the flesh of the black nut being extracted and deglazed with oxtail consommé, before it is reduced and finished off with veal sauce. Ginger, shallots, and garlic are also added during the cooking process.

“Having lived in Australia, Malaysia, and Singapore and having travelled around the region for over 20 years, I have developed a honed sensitivity to Southeast Asia and East Asia’s rich indigenous ingredients, which I incorporate respectfully into my cuisine. Underpinning my signature style of modern French cuisine with an Asian accent is an ongoing pursuit to achieve balance, precision, and flavour,” says Stroobant. 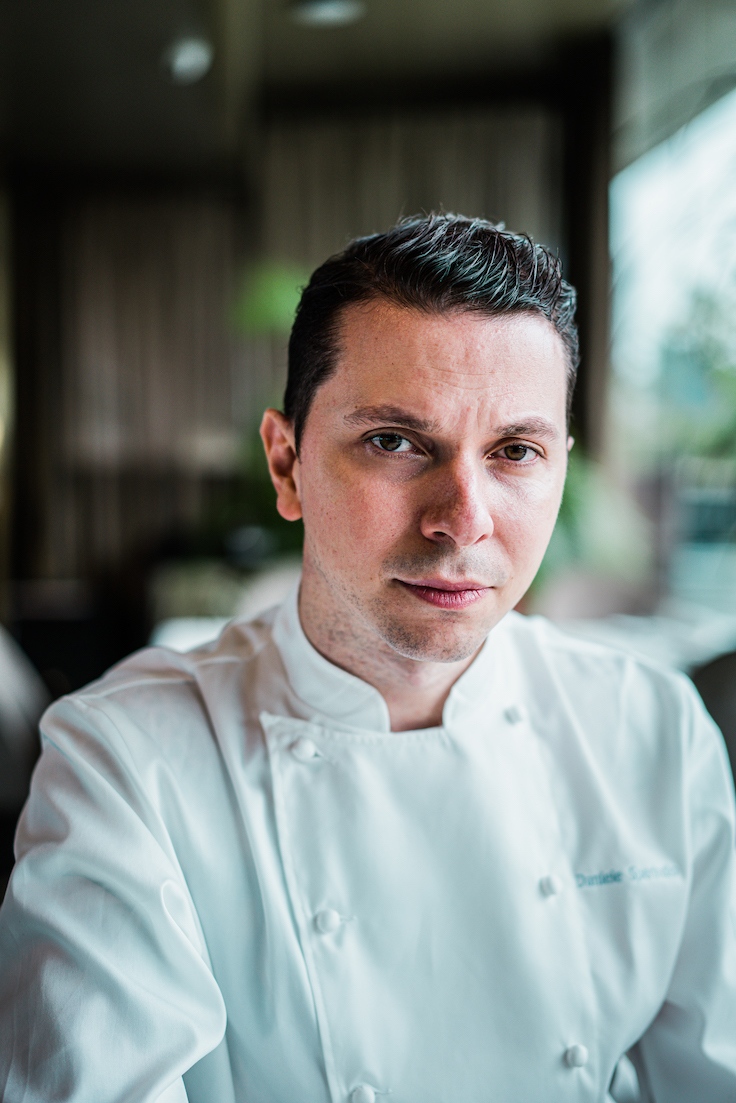 Having begun his culinary journey at the tender age of 13 in his hometown of Genoa, Italy, executive chef Daniele Sperindio of one-MICHELIN-Starred Art travelled around the world and trained under MICHELIN restaurant chefs in Asia such as Yoshihiro Narisawa of two-MICHELIN-Starred Narisawa in Tokyo and Ryan Clift of MICHELIN-listed Tippling Club.

His menu, aptly called "An Italian's Tale", is a personal work of culinary art, curated with flavours drawn from Sperindio's memories — most of which are linked to his travels. 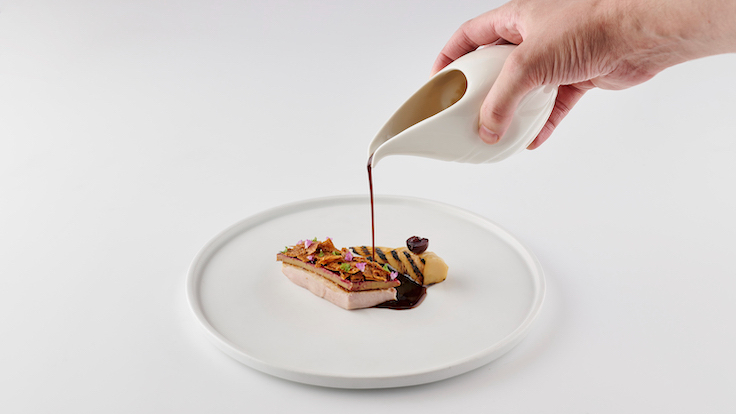 On the Shinkansen is a tribute to Sperindio's fond memories of nature in Kyoto. (Photo: Art)

This dish is a flashback to Sperindio's days working in Japan at the discovery of amazing new produce, along with his particular fondness for Kyoto bamboo shoots. It showcases faraona (guinea fowl) that has been dry-aged for three days, and then pan-seared with fresh herbs, such as rosemary, to bring back the Italian country heritage and fragrances. It is then topped with a slice of fegato custard (goose liver), and topped with farmer's wafer (a crunchy feuilletine-like dough, made of guinea fowl skin).

Served with a side of Kyoto bamboo shoots that have been lightly braised with shallots and then grilled, the dish is accompanied with amarene (sour cherries) and an aged celeriac jus. 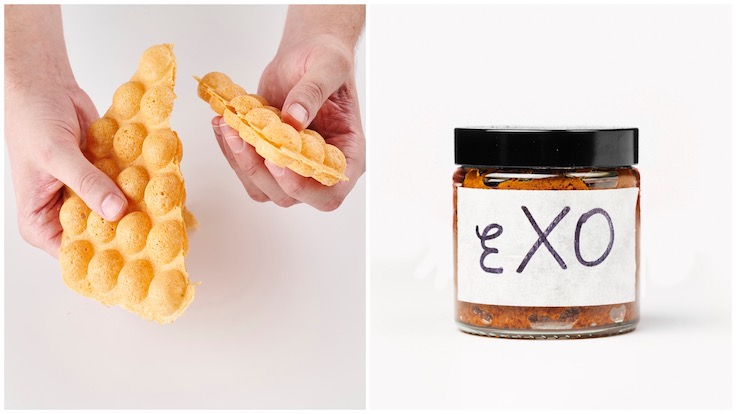 "Hong Kong is such a vibrant city, so full of grit and texture. I have made various precious (and tumultuous) memories during my time there," reminisces Sperindio. "I always make sure to commit to heart few key elements of a local culture during my stay in a new country."

Inspired by the ubiquitous Hong Kong street snack, gai daan jai, or egg waffles, one of the recent additions to Art's Aperitivo experience takes on the form of the iconic, egg honeycomb waffle but with the use of parmesan. "The waffle itself is made of risotto rice, parmigiano Vacche Rosse, and acacia honey. The components are combined and cooked into a Hong Kong style egg waffle maker until golden crisp. It is then topped with a preserved Amalfi lemon jam, smoked scamorza, and garden herbs," Sperindio explains.

Another Hong Kong inspired creation by Sperindio was his version of an XO sauce, featured in his previous menu.

"I decided to rethink XO sauce from an Italian point of view, so I decided to alter a few things, like swapping shiitake with porcini and Chinese ham with parma. And thus, the eXO sauce was born. I named it as such because Italians would read XO as ‘E’XO," he says.

This memory in particular comes from Sperindio's time abroad in Hong Kong, of memories of umami that the traditional XO sauce brings to a bowl of fried rice.

He recalls the day that sums both Hong Kong inspired elements: "I remember specifically one late afternoon being brought to Kowloon by a few close friends, hunting for ​delicious dim sum and local delicacies. There were too many good bites to list down, but in that occasion, a carrot cake with a bold XO sauce and a warm and fragrant egg waffle from a street cart stood out from the rest. This is my version of them, from an Italian point of view."