Plagued by no-shows and last-minute cancellations that are detrimental to the bottom line, more restaurants are taking deposits or even upfront payments for reservations — but is that the best solution to the problem? How do F&B operators respond to customers disgruntled by such measures?

Reservations And Deposits: A Global Trend

In the F&B industry, restaurant operating policies are constantly changing. Not too long ago, the notion of restaurants taking deposits for reservations was unheard of and yet in recent years, there’s been greater discussion on whether pre-meal payments should be collected, especially in the fine-dining sector where it has become an increasingly common practice. 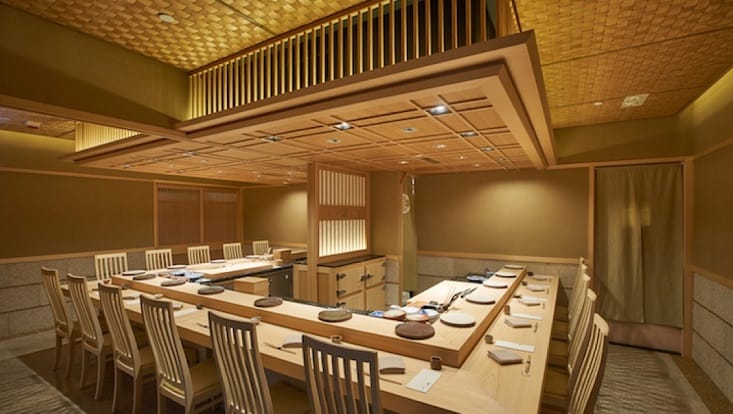 The main reason for taking a deposit is to deter customers from cancelling their reservations at the last minute or not showing up at all. In March last year, chef-owner Bjorn Shen of Singapore restaurant Artichoke took to social media to say: “6.45pm at a 100-seater restaurant. Based on reservations, we were supposed to be full by now. But this is how it currently looks. 32 last minute cancellations. One-third of our night's revenue gone. And not much likelihood to fill these seats with walk-ins after having told people over the past week that we're fully booked.” He lamented on the detrimental impact of last-minute group cancellations on the restaurant’s business, announcing that the restaurant would begin taking credit card details for group bookings of 10 or more people. 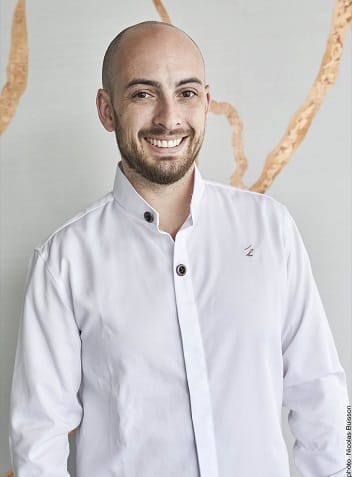 Besides Sushi Saito, two-MICHELIN-starred Ecriture is another restaurant in Hong Kong that takes a full pre-payment at reservation. The move was initially criticised, says chef-partner Maxime Gilbert (pictured right), but it was a necessary decision. “It becomes difficult for us when we have empty tables as everyone knows how high the rents are in Hong Kong. More and more people were booking and not coming, so this was simply a way to protect our business. It is better to have 30 pre-paid covers than 50 non pre-paid and end up with just 20 covers because of a rainy day, for example, and have all the food prepped on that day for nothing.”

Gilbert explains that in running a restaurant, everything from employees to tableware costs money. “And also the ingredients — I can’t tell you our exact food cost, but it’s often just right and we don’t have margins to spare.”

Augustin Balbi, chef of Hong Kong restaurant HAKU, agrees: “Especially in fine dining, the cost of preparation is very high. Food is fresh and nothing from yesterday is served to the guests.” He explains that in a small restaurant, even losing six guests has a huge impact on business, so although HAKU doesn’t take a full pre-payment, it takes a deposit of HKD500 (S$87, NT$2,000) for dinner reservations and HKD200 (S$35, NT$800) for lunch, which it considers a fair arrangement. “More guests now understand that no-shows or cancellations are very unfair to the people who work at restaurants. More understanding between both parties is always a good thing.”

Both chefs use the same metaphor to explain their stance: There is similar value in a restaurant meal as going to watch a movie or a concert, or buying a plane ticket, and yet no one has ever questioned the practice of paying for a ticket, often times with no refund or exchanges. However, restaurant workers are frequently berated by customers who challenge the practice. But it is a solution that has worked effectively for both restaurants. In the year that it has imposed deposits, customers have responded well, filling the restaurant to capacity almost every day. Taking deposits has also benefited HAKU, ensuring steady business and greatly reducing the pressure on the restaurant’s reception desk.

Balbi believes that this does not benefit just the restaurant, but the guests as well. “It’s a vicious cycle when no-shows happen. In order to cut our losses, the only way is to pass the cost on to the customer and increase menu prices,” he says. 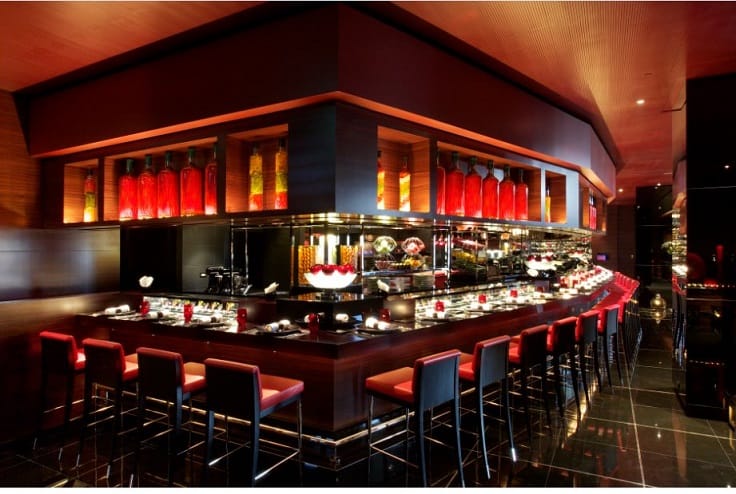 The Reasons For Not Taking Deposits

While some restaurants have jumped on the bandwagon, others like L’Atelier de Joel Robuchon in Taipei have chosen not to implement deposits for reservations. General manager Vincent Hsu explains: “We’ve been in business for 10 years and to change our reservation policy is not easy. Besides, the cases of last-minute cancellations are few and far between.” He says that the biggest consideration is regulars and that imposing deposits on them would be inappropriate. “The only situations where we ask for deposits is for group reservations and special occasions like Valentine’s Day and Christmas.” However, he candidly adds that changing their reservation policy is not off the table should the situation worsen in the future.

Chef Lau Chun of Kin’s Kitchen in Hong Kong agrees that there is a need to implement a deposit system although it is particularly difficult for Chinese restaurants. “Set menus are rare for Chinese restaurants and it is not easy to decide on a fixed price, especially when it comes to big occasions where there are more special requests. Moreover, we have a lot of regular customers.”

He feels that it is a societal ill where commitments are taken too lightly. “Hong Kongers have this habit of booking two or three restaurants in advance before confirming their final choice because they are afraid of not having enough seats, since there is no opportunity cost to them anyway.” Lau shares that although the restaurant only has an a la carte menu, no-shows still affect the business.

One of the reasons for increased no-shows, Lau believes, is because of the ease of online bookings these days. “Our regulars usually make telephone reservations where there is a sense of mutual trust and the default rate is about 5%, but the rate of no-shows for Internet reservations is 35%. These are mainly new customers where the contact is impersonal so there is less pressure to honour reservations.”

To that end, L’Atelier in Taipei takes only phone reservations and not online bookings, a move that general manager Hsu feels lends personal interaction and reduces the likelihood of cancellations. 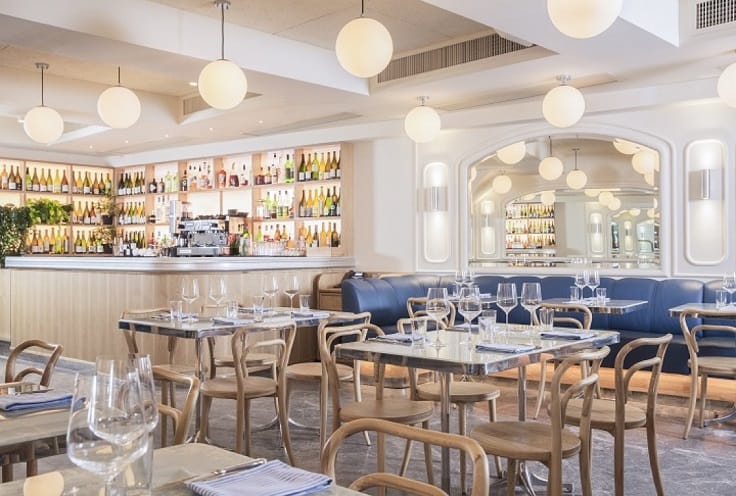 The interior of one-MICHELIN-starred Belon under the Black Sheep Restaurants group. (Pic: Belon)

Hong Kong-based hospitality group Black Sheep Restaurant has 23 establishments in its portfolio, including one-MICHELIN-starred restaurants Belon and New Punjab Club. Although it recognises that its customers have the spending power to place reservation deposits, it chooses not to implement the system and instead encourages online reservations. Group communications manager Malique Goldin says it is important to put trust in their customers. “Cancellations and no-shows happen whether the booking has been made over the phone, online or through a concierge, it is just something we have to deal with,” she states in an email. “We were a little reluctant to switch over to the online booking system because we were concerned that people would feel less guilty about no-showing on a computer booking rather than a person. However, we have found our online booking system to be much more efficient with less room for human error and for those who prefer the human touch we still take bookings by phone and email.

“Even when bookings are made online, our reservationists always follow up to check whether guests are celebrating a special occasion, have any dietary requirements or seating requests.”

In addition, Black Sheep Restaurant also trains its front-of-house staff in the art of hospitality, to make customers feel like they are part of the restaurant and therefore reducing the number of no-shows. “A majority of our customers are regulars who eat at the restaurant three or four times a week. When we can build a deeper relationship with our guests, they will think of calling us when they need to cancel and free up the seats.”

While it sounds overly optimistic, the rate of no-shows has proven to be low. And is there a blacklist for errant customers? “Yes, we do have this information about our guests but it is not something we use to penalise them. If it happens multiple times with the same guests, we might spend a little more time reconfirming their next reservation but we always have great faith in our guests showing up on time, no matter what their booking history is like.” 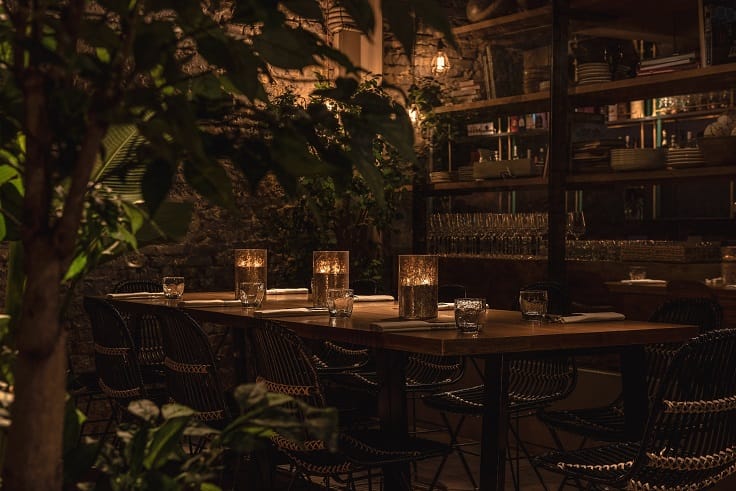 One-MICHELIN-starred Longtail in Taipei does not take deposits except for group reservations. (Pic: Longtail)

And it seems customers are just as divided over the topic. In an online survey conducted last year by The Journal in Ireland, out of 15,629 voters, 53.2% said that they would avoid restaurants that took a deposit, while 42.3% were okay with it. Diner Bonnie Kwok, however, is in favour of the deposit system. Having made reservations in restaurants all over the world, she is of the opinion that online bookings are efficient and payments made by credit card are safe. “In fact, I am more uneasy when it comes to restaurants that don’t charge a deposit. When I travel, it’s important to be sure of my reservation and putting down a deposit gives me peace of mind.”

Another diner Maggie Chooi says that a lot depends on the customer service: “I once tried making a phone reservation where the receptionist was so rude that I immediately switched to another restaurant [even though reservations did not require a deposit].” In another instance, she cited making a reservation for the Buenos Aires Polo Club’s The Fiasco Brunch which did not normally charge a deposit, but when she was asked to make a full payment six weeks before the event, she happily obliged because the customer service was so warm and polite.

The considerations for the restaurant reservation system are many and complicated with discussions around it sure to continue evolving in the next few years.

This story is written by Gloria Chung and translated by Rachel Tan. Click here to read the original article.
Advertisement
Advertisement