When Eric Räty came to Hong Kong in 2012, it was an eye-opening experience: “It was my first time in Asia, and I saw all these great Japanese restaurants and different Asian cuisines,” he recalls. “It was like all the things I’d been dreaming, reading and thinking about but when I saw them in real life, I was like ‘wow’. That was the beginning [of my journey in Asia].”

As the chef-owner of two-MICHELIN-starred Arbor, the Finnish chef has a flair for Japanese ingredients ever since his early days in the kitchen of Chez Dominique, the only two-MICHELIN-starred restaurant in Finland at the time. Growing up in Mäntsälä, a small town just outside of Helsinki, Räty expresses that the selection of ingredients in his hometown was “quite sad”. “You could find good quality root vegetables like potatoes and carrots but the seafood options were limited.”

While working at Chez Dominique, where he started experimenting with Japanese ingredients like yuzu juice and shiso leaves, Räty would spend his days off at the only Japanese grocery shop in Helsinki, learning about Japanese noodles, soy sauce, tea, and knives. A few years later, he was offered the pastry chef position at three-MICHELIN-starred Aqua in Wolfsburg, Germany, where he debuted his first dessert packed with Japanese flavours using yuzu sorbet, yogurt and green tea. 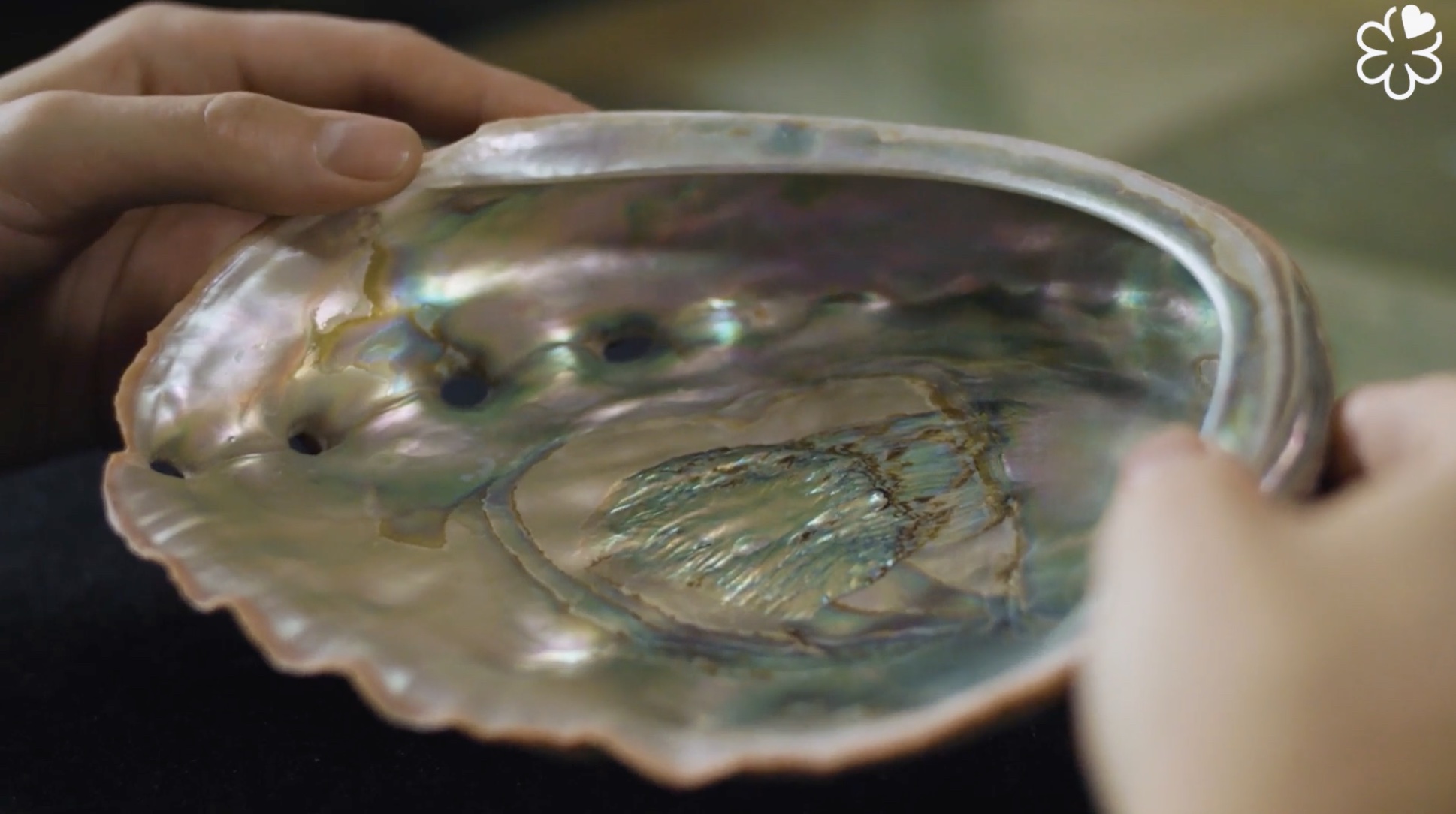 Chef Räty asks the ceramist to keep the natural touch of the ceramic abalone plate.

The Chef and The Ceramist
Known for his Nordic cuisine fusing French technique and fresh Japanese ingredients, Räty was asked multiple times about his French training in the first few months of Arbor’s opening. “People ask me questions like ‘Where were you trained in France?’ ‘How many years did you work in France?’ Actually, I don’t speak French and I’ve never lived in France. When I started incorporating Asian ingredients and working towards this direction of innovative cuisine, we found ourselves in a unique position.”

In a city where Scandinavian cuisine is rather difficult to come by, Räty’s cuisine feels oddly familiar. “I feel very lucky that I never really have to compromise—sometimes a chef can have great cooking skills and ideas but they just don’t work for the local palate. I am glad my flavour profile works here,” says the 32-year-old chef. He also credits this sense of familiarity to the similarity between Japanese and Finnish people: “Even though we don’t speak the same language, our lifestyle is very similar— simple and quiet.”

Hong Kong diners are no stranger to Japanese cuisine, but Räty is giving it his own twist. The abalone tart is his take on the Karelian pie, a Finnish savory pastry made from a rye dough and stuffed with rice porridge. Served as a starter on Arbor’s current tasting menu, the abalone tart begins with a rye shell filled with sushi rice. It is then topped with a slice of kombu-steamed abalone with some seaweed powder and sauce made from the abalone liver and matcha.

"The Abalone", made with Japanese abalone, sushi rice and seaweed powder.

Using exclusively abalone, which comes from either Tokyo Bay or Osaka, the dish is a nod to the Japanese culture. “When I was in Europe, I saw restaurants using abalone but I didn’t have any idea what it was. When I came to Hong Kong for the first time, I tried the canned abalone and felt quite disappointed. But one day, I tasted the Japanese abalone, it was umami-rich and soft. In 2018, we had La Cime’s chef Takada as our guest chef and he prepared abalone only with abalone liver and banana from his home island. Since that moment, I wanted to cook abalone in my own way,” says Räty.

“At first we did some abalone dishes and served them on regular plates. Some of them were good, but in hindsight we didn’t handle it the right way—we didn’t get the best texture and flavour out of the abalone. Even when we put that kind of expensive produce on the plate and it looked good, something was still missing. There’s no connection. We tried to use a real abalone shell as a plate, but the sauce just leaked through the holes.”

The idea of finding the perfect plate for the abalone dish lingered for a while, until Räty stumbled upon a ceramic shop at PMQ one day. “I went in with an abalone shell and asked if they could help us. The first thing they said was, ‘We can do it but each plate is going to look different’. I think that was the click, they understand what I want and they want to do something unique.”

“When I approached the ceramic shop with the idea, they were excited and interested. There’s a connection right away,” he recounts. “I like the natural touch, especially for the abalone dish. The shape and colour of each ceramic plate is different, which reminds me of the natural abalone. It’s the same as cooking the dish—each abalone cooks differently every time.”

“I feel like the dish is way more complete now. There’s no garnish, no herbs, nothing to hide. The textures and umami are presented in a form that’s easy to understand. It looks simple, but there’s a lot of work behind.”

So what does a chef and a ceramist share in common? “First, you need to have the technique and skills to work with the product,” says Räty. “You need to constantly finetune because everything is handmade. I can feel from the ceramists that they want to learn and take challenges. It’s the same for chefs. When I work with a new ingredient, I want to figure out a way to use it. This passion for details and willingness to improve is essential especially at a MICHELIN-starred restaurant.”

Keeping Eyes Open
Before the pandemic, Räty would spend his days off travelling to find inspiration. “But we’re lucky to be in Hong Kong. There’s so much to explore. I always keep my eyes open and see the surroundings,” he says. “Many good things happen in a natural way, like you just go somewhere and see something that wakes you up. One day, we went to an outlet and came across an ice shaver at a vintage shop. The moment I saw it, I knew it was something special.”

Sizeable and painted in forest green, the ice shaver has a subtle Nordic look and feel to it. “My first question when I saw the ice shaver was, ‘Does it work?’ because it looked old and rusty. I just took a risk and brought it to the restaurant,” shares Räty. “We built a trolley for it and added Nordic decorations with some snow and trees. I really miss Finland, so we decided to bring snow to Hong Kong.” 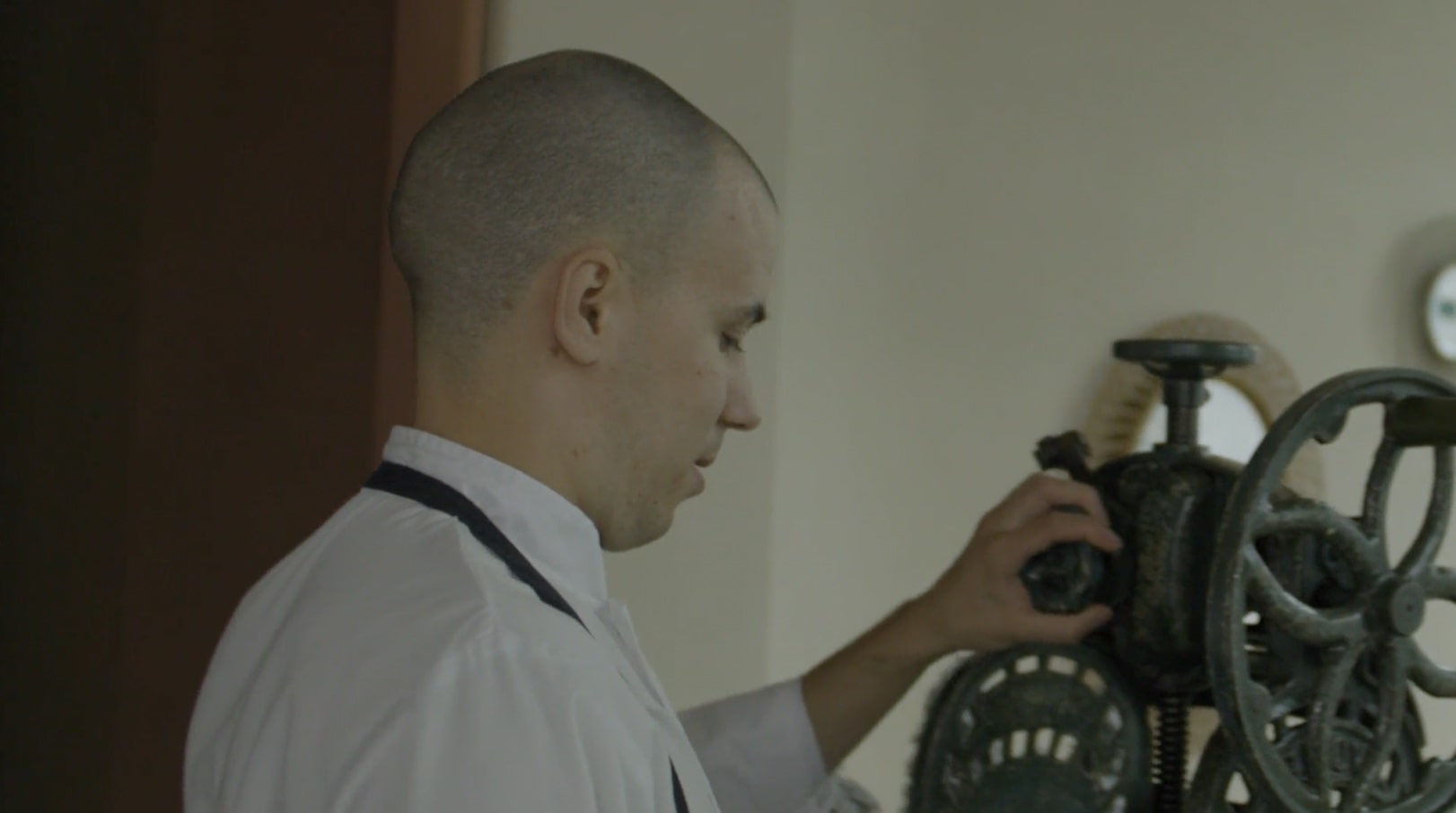 The ice shaver was the “perfect final touch” for the dessert Räty had been working on. The star ingredient is sorrel, a tangy, acidic herb commonly found in Scandinavian countries. “The acidity and freshness makes it very Nordic,” he describes. To create a juice to blend with the ice, Räty mixes sorrel with citrus, wasabi—and kiwi, which brings back memories of home. “I’ve always loved kiwi since I was a kid. I was actually a bit allergic to kiwi, but I just love eating it even though my mouth was burning,” he recalls. “Then I started my first job as a dishwasher at Chez Dominique. There’s one rule from Hanz, the chef-owner: you can make any dish but never use kiwi in my kitchen. It was always the running joke at that time. Once I left his kitchen, I was able to use kiwi again. Every time I see kiwi I think of those days.”

This nostalgic dessert is prepared tableside, with a serving staff turning the wheel of the ice shaver in front of guests to make freshly shaved ice—and Instagram-worthy moments—that feeds not only the stomach but also the eyes. To finish, the tartness of the sorrel shaved ice is balanced out with a ‘snowball’ made with marshmallow, white chocolate and yogurt. The sorrel flavour is in season at the moment, but a new flavour for summer is the making—perhaps inspired by chef Räty’s discovery on his next day off.