From Chinese-style double-boiled soups to those that were once the personal favourites of King Louis XIV of France, these five MICHELIN-recommended establishments in Hong Kong and Macau offer bowls of comforting soup. 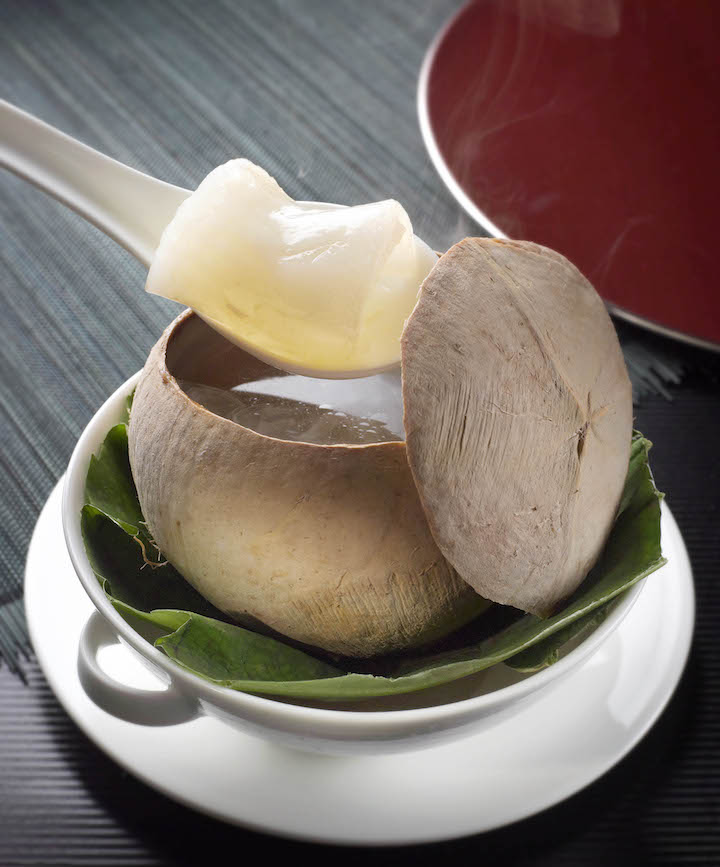 With 36 years of experience under his belt, executive chef Lau Ping Lui of Tin Lung Heen has been creating edible masterpieces for his guests at the two-MICHELIN-starred restaurant. A must-order there is the Doubled-boiled Chicken Soup With Fish Maw In Baby Coconut., a signature dish that has become a repeat order among regulars. To prepare the soup base, Chef Lau's team first slow-boils nutritious chicken stock for two hours to remove any traces of grease, before adding in coconut water for a further two hours of cooking. Finally, the light and refreshing tonic soup is topped with fish maw. Lau’s nutritious — and enticingly fragrant — rendition of the traditional chicken soup is a highly celebrated item on the menu.

Épure’s classic French mushroom soup is made purely with mushrooms and some cream, with no water or seasoning added. (Pic: Épure)

French fine-dining restaurant Épure led by executive chef Nicolas Boutin was awarded its first MICHELIN star in 2017 and has kept it ever since. A fervent proponent of the concept of terroir, Boutin believes that using the season's best produce is the foundation of flavour. The restaurant’s mushroom soup is an embodiment of this belief.

The classic French recipe is said to have been the personal favourite of King Louis XIV and Boutin continues to make his version with a generous amount of white mushrooms imported directly from Paris. The large amount of mushrooms used in each serving means that, other than a splash of cream, no additional water or seasoning is required to give the soup its robust, earthy flavour.

Besides the 13 soup bases, Megan’s dinner menu also includes 13 choices of double-boiled soups — the Chicken Soup With Conch And Conpoy and Minced Winter Melon Soup With Fresh Crab Meat are two popular favourites — along with an array of popular Cantonese dishes such as claypot rice and Steamed Hand-Beaten Minced Beef With Tangerine Peels. Pre-orders are required for the popular soup dishes. 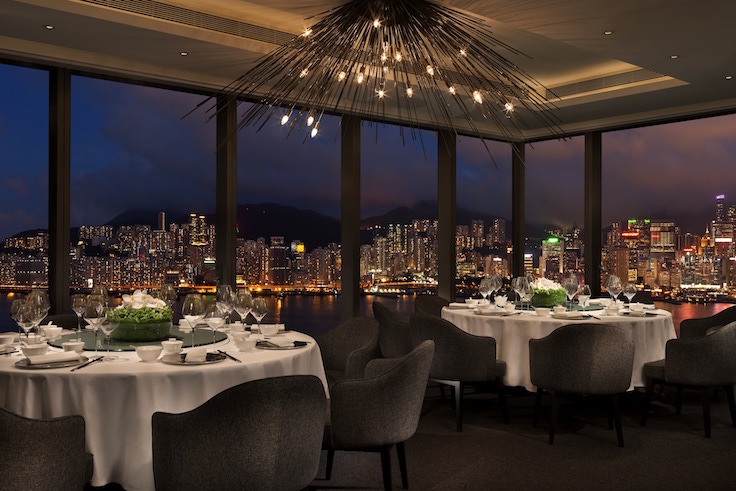 Above and Beyond
MICHELIN Plate, MICHELIN Guide Hong Kong Macau 2020

Situated on the 28th floor of Hotel Icon in Tsim Sha Tsui, modern Cantonese restaurant Above and Beyond offers diners mesmerising views of Victoria Harbour. The restaurant was designed by English designer Sir Terence Conran and his distinctive style is visible in the restaurant's bold and colourful interiors. The restaurant serves a wide selection of soups, such as the highly recommended Doubled-boiled French Partridge With Papaya And Figs as well as the Doubled-boiled Pork Lung Soup With Fish Maw And Almond Cream. Vegetarian choices are also available: among them, the Braised Sweet Corn Soup With Bamboo Pith And Yellow Fungus and Hot And Sour Vegetarian Soup are standouts. 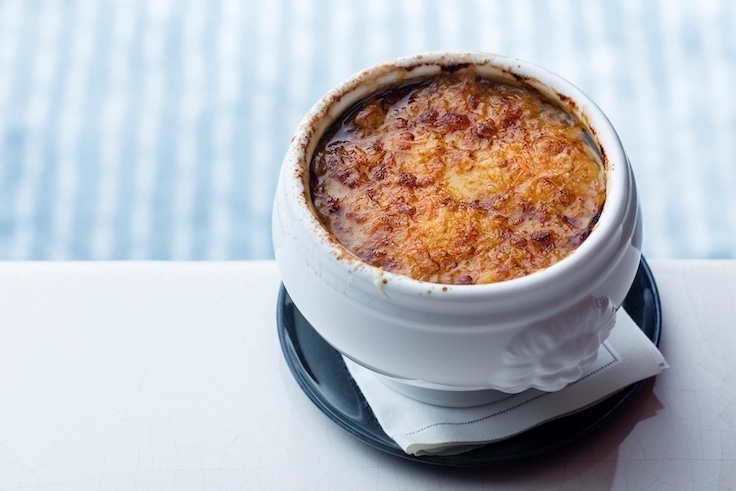 The French onion soup at Voyages is a classic that can be found in bistros across France. (Pic: Morpheus)

Over in Macau's Morpheus hotel, bistro-style Voyages by Alain Ducasse serves up classic French dishes infused with contemporary elements. Other than the veteran French chef's take on classics such as Koulibiac de Saumon and Pâté en Croûte, Voyages also features other comfort food that can be found in bistros across France, such as the French onion soup that has become a signature of Ducasse's restaurants in Paris.

This article was written by Mandy Li and translated by Tang Jie. Click here to read the original story.
Advertisement
Advertisement