The History of the Michelin Guide

The History of the Michelin Guide

Considered by many to be the hallmark of global fine dining and quality cuisine, the Michelin Guide wields immense power over chefs, restaurateurs and foodies the world over. It may divide opinions across the food service industry, but its influence is undeniable. French chef Paul Bocuse, a pioneer of nouvelle cuisine, once said, “Michelin is the only guide that counts.” The birth of the famous little red book, however, was anything but glamorous. 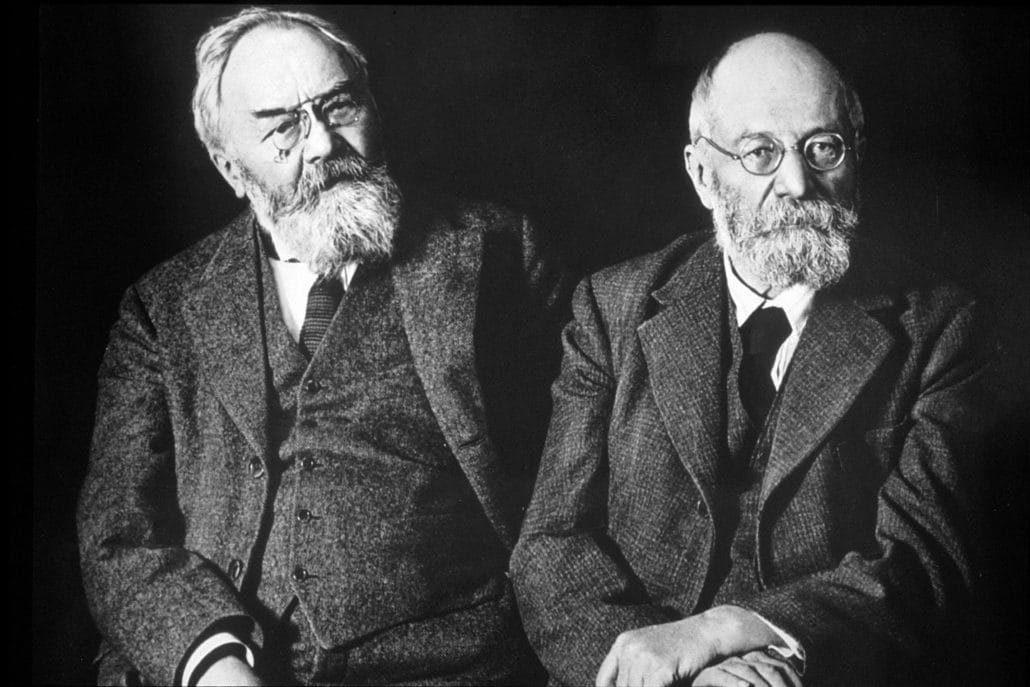 The Michelin tire company was established in 1889 by brothers André and Édouard Michelin in France. It was a time when driving was perceived as a novelty to most, with less than 3,000 cars in all of the country. However, the brothers were quick to recognize driving and mobility as a lasting trend. 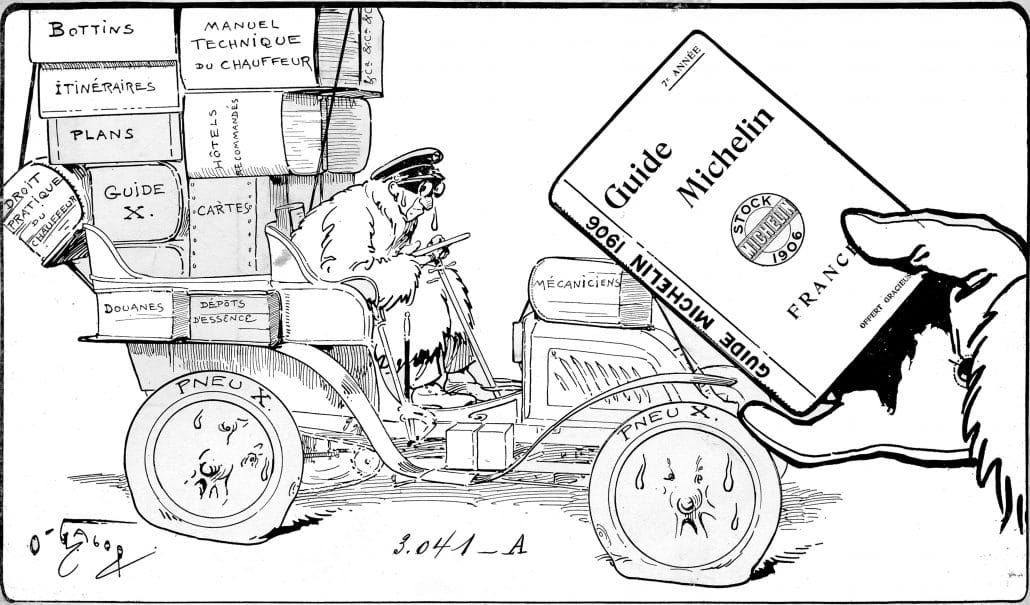 To encourage more road travel, and hence boost tire sales, they decided to create a comprehensive guide book for motorists which cataloged hotels, restaurants, mechanics and gas stations. In 1900, the very first edition of the Michelin Guide was published and 35,000 copies were given out for free.

As the tire company grew, so did the guide. Country-specific editions were published throughout Europe, starting with Belgium in 1904. A charge was introduced for the first time in 1920 when André Michelin walked into a garage and saw copies of the guide book being used to support a workbench. Realizing that “Man only truly respects what he pays for,” he started charging 7 francs for the guides.

From a Tire Company to Fine Dining Authority 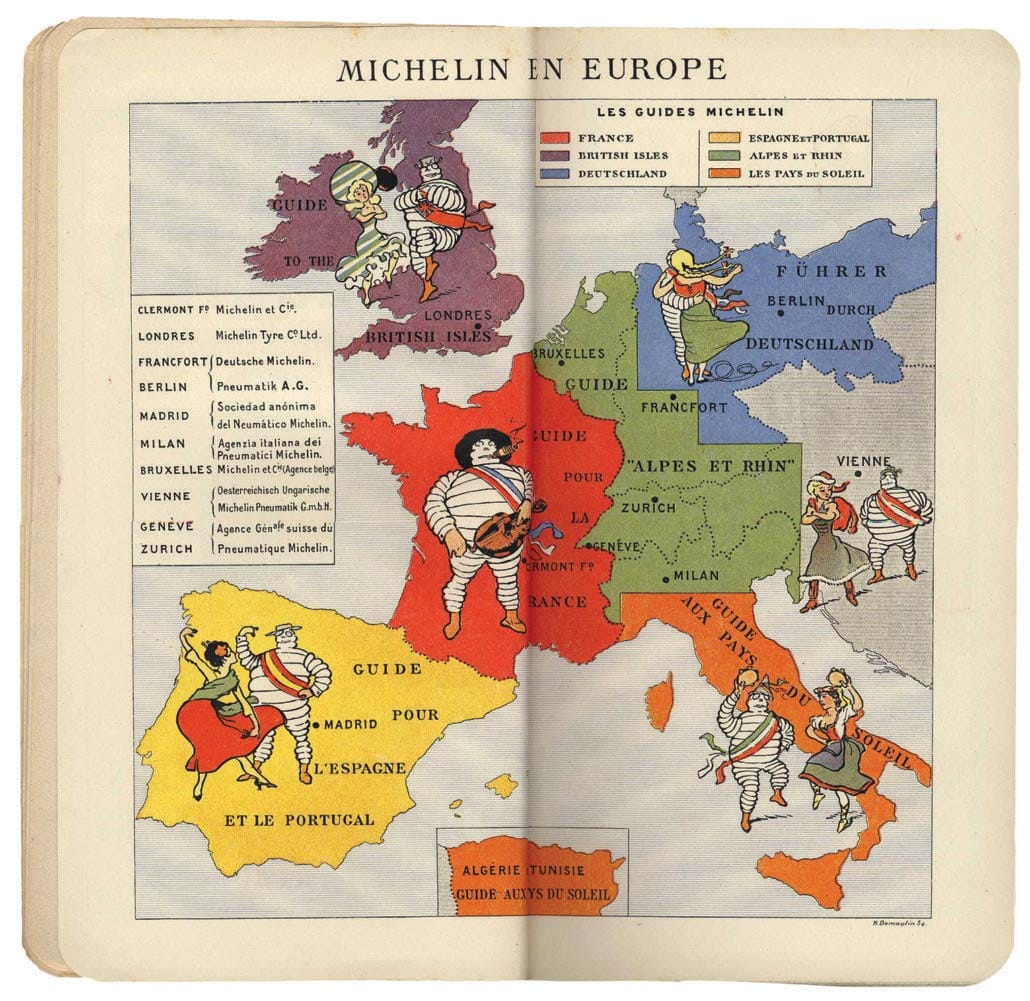 By that time, the restaurant section of the Michelin guide had become so popular that the company started to recruit anonymous inspectors to visit and review restaurants. Six years later in 1926, the Michelin star system was born. There were other notable changes as well, namely listing restaurants by specific categories, the debut of hotel listings and the abandonment of paid-for advertisements.

The single-star restaurant review system also expanded to the present three-star system in 1931.

: “A very good restaurant in its category.”
: “Excellent cooking, worth a detour.”
: “Exceptional cuisine, worth a special journey.” 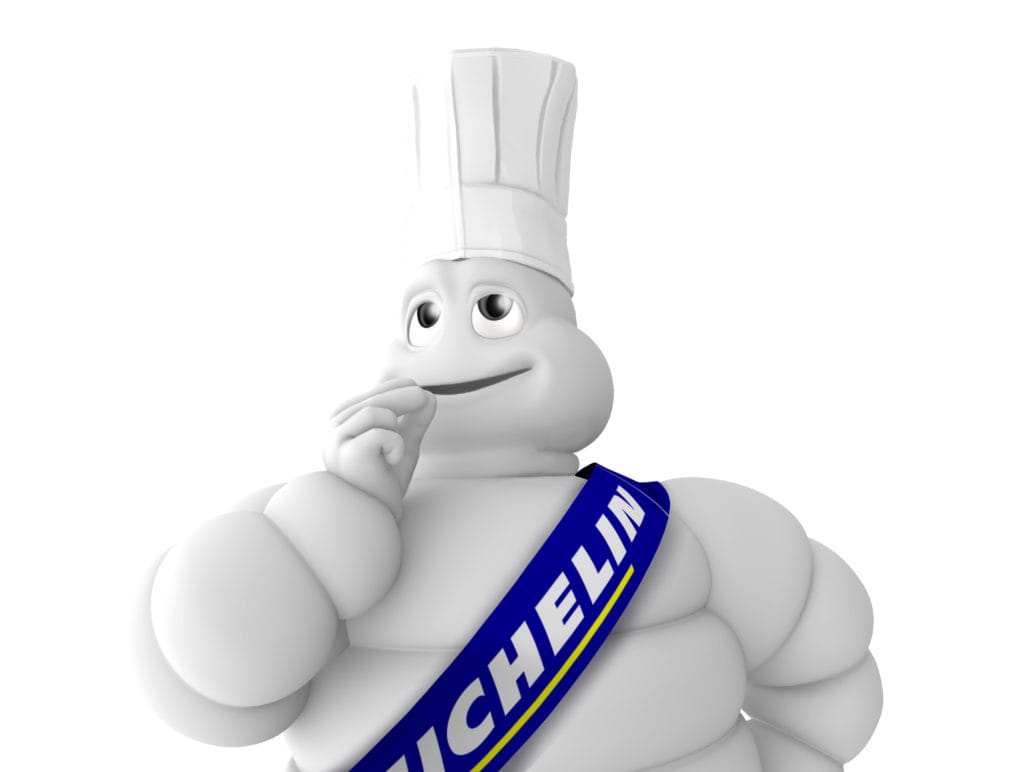 In 1957, the guide began rewarding accolades to restaurants that provided “good meals at moderate prices,” a feature now called Bib Gourmand. The Bib Gourmand symbol—the image of Bibendum or the Michelin Man licking his lips—debuted in the Michelin Guide in 1997.

What began as a promotional device for the Michelin brothers’ tire business at the turn of the 20th century has grown into an authority on global fine dining. Since its first publication in 1900, more than 30 million copies of the Michelin Guide have been sold across the globe. It presently rates over 40,000 establishments in over 25 countries across four continents.

Thanks to the French brothers’ vision, the little red book continues to compel people the world over to travel and to dine out, one exciting destination at a time.

When we talk about cool hotels, we’re not talking about hotels where the “cool” kids stay. We’re talking about places that make you say “oh wow, that’s cool!” when you see them. Here are 20 discoveries across Australia from Tablet, the hotel experts at the MICHELIN Guide.