A Guide to Korean Beef Cuts

Have you noticed how butchers in different cultures often carry cuts of meat that look different from what you are used to seeing back home? I’m not talking about the meats you’re not familiar with; I’m talking about the ones you’ve spent your whole life eating.

Cuts of meat reflect the culinary culture of a region. Throughout history, different regions of the techniques of handling meat that catered to the culinary customs of their respective cultures. Cuts will vary depending on the dish to be prepared and the method of cooking. For instance, some cultures favor the grilling method so the cuts widely available may likely be cross-grain cut portions that are tender when seared and cooked. Other cultures that prefer braising will offer bone-in cuts or tougher cuts of meat that will turn tender when cooked over a long period of time in liquid. 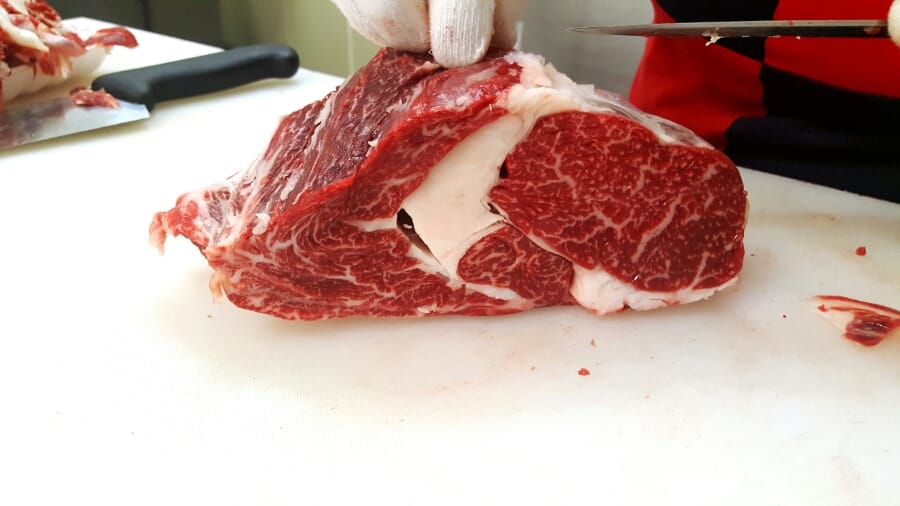 Butchery techniques reflect culinary traditions, but the types of animals available in the region most likely influenced the culture’s culinary development as well as did raising and breeding conditions of the livestock and the function of the animals in other aspects of the culture. For example, if a given land was fertile and produced bountiful, fatty herds, then animals could be readily replaced, allowing for slaughter at younger stages of growth, in which case cooking would require less of the braising techniques required for animals raised in harsher climates with tougher meat.

Archaeological findings indicate Koreans have most likely been consuming meat since antiquity. Ancient records show that rearing of livestock, including horses, cattle and pigs, began on a small scale during the Proto-Three Kingdoms period (100 B.C. – 300 A.D.). Evidence shows the original form of bulgogi—marinated and grilled meat—originated during this period. 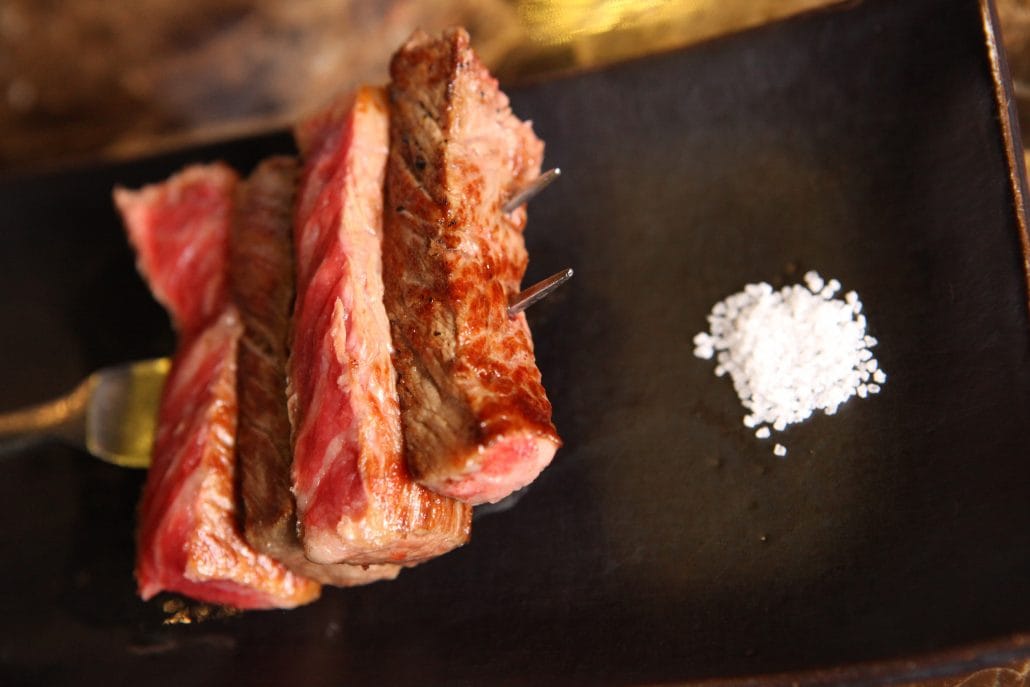 As an agricultural society, cattle were especially valuable to Korean households. Because slaughtering cows would create serious issues in farming the land, pork and seafood were consumed far more regularly than beef.

With the introduction of Buddhism during the Three Kingdoms period, consumption of meat was banned by the Buddhist ruling class. Only the kings and the highest-ranking court officials had limited access to meat.

It was the Mongols who promoted cattle farming on the Korean Peninsula in the 13th century. With the decline of Buddhism during this period, meat consumption resumed once again. During this period, meat was primarily grilled or added to soups and stews. Historical records indicate that gomtang (beef soup), yukgaejang (spicy beef soup) and bulgogi (marinated and grilled beef) had been eaten as far back as the late Goryeo period. 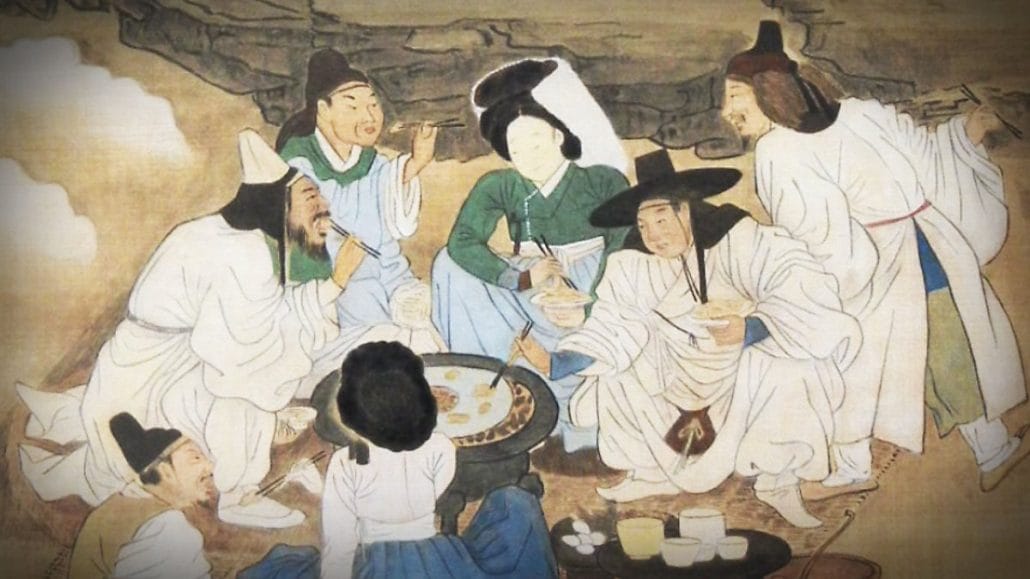 By the mid-Joseon period, Koreans were enjoying a wider variety of meats including beef, venison, wild boar, pork, goat, chicken, pheasant, goose and duck. But of all the meats, beef became the most prized and the most costly. It was only in the latter part of the 20th century that beef—still the priciest–became regular table fare in Korea.

Today, beef is prepared in many different ways in Korean cuisine; it is boiled, braised, dried, grilled, marinated, pan-fried, stir-fried, and simply sliced or minced and eaten raw. The following is a guide to the different retail beef cuts you can find in Korea and how they are used in Korean cuisine. 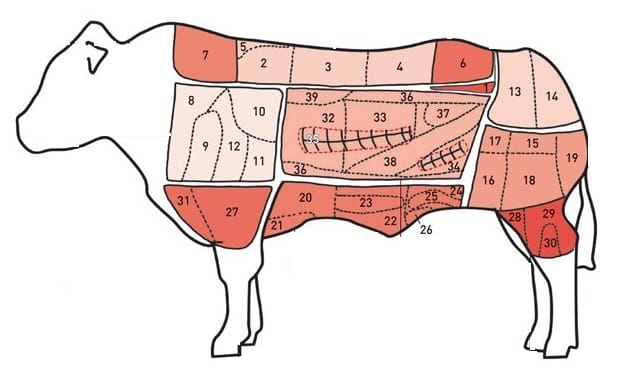 Beef tenderloin is the tenderest cut of beef you can buy. An adult cow would typically yield anywhere between 4-5 kg of tenderloin. The cut is usually grilled.

The four retail cuts constitute the loin of a cow. The loin has a substantial amount of fat which makes the cut flavorful. When cooked, the meat is extremely tender – ideal for grilling.

The strip loin is similar to the loin, but is less fatty. Thinly-sliced strip loin is used for shabu shabu and bulgogi and often added to soups for flavor.

This muscle is located in the upper shoulder of a cow. The meat is on the slightly tough side. The chuck roll is used for bulgogi, steaks and jangjorim (soy sauce-braised beef side dish).

The blade cut is darker in color and has a coarse texture with plenty of tendons (which must be removed prior to cooking). The meat tends to be on the tougher side, similar to the bottom round and the fore shank cuts. Chuck tender is used for slow-cooked dishes including stews. The flavor of the meat from the blade is intensely beefy and has a pleasantly firm texture. It is one of the most popular cuts of beef for yukhoe (raw beef).

Top round is a lean cut of beef ideal for any type of pan-fried or grilled dishes,as well as beef jerky and bulgogi. The eye round is a popular cut for yukhoe and jangjorim.

The bottom round refers to the thigh meat below the butt. The meat is on the tough side, commonly used for stewing, boiling and braising in Korean cuisine.

Made up of many connective tissues, the brisket and flank are tough cuts of beef, typically boiled down over many hours to obtain flavorful beef soups. Thinly sliced brisket point, plate, flank and inside skirt are popular cuts for grilling.

The shank cut refers to the muscles surrounding the leg bones. The muscle fascicles give the meat a chewy texture that become tender when cooked over a long period of time. Koreans use these cuts to make jangjorim, braised dishes and soups. It is also a popular cut of beef for yukhoe.

A significant part of the beef rib is made up of membranes and muscles that are coarse and firm. Because of its high fat content, this cut of beef is wonderfully flavorful when cooked. The rib cuts are used to make galbitang (beef short rib soup) and galbijjim (braised short ribs). Hanging tender, outside skirt and neck chain are ideal for grilling.