The Michelin Guide Great Britain and Ireland 2021 was launched on 25th January at a special online presentation. This year, the guide is being published in a digital format only: download the iOS app here.

Although the last year has been a hugely challenging time for the hospitality industry, Michelin were delighted to hand out a number of new awards, shining a spotlight on the many amazing restaurants and talented chefs we are lucky enough to have in Ireland.

Here’s a round-up of all the new Michelin Stars, Bib Gourmands, Michelin Plates and Green Stars in the Republic of Ireland, as well as details about the Irish winner of the special award for Chef Mentor. 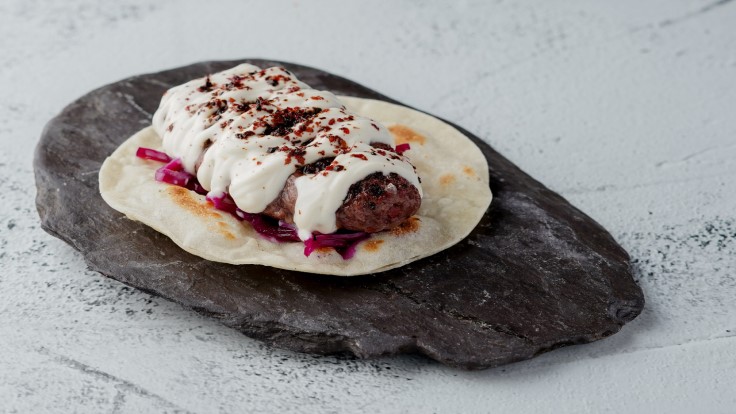 dede, Baltimore
2020 saw talented Turkish-born chef Ahmet Dede travel three doors up from the now closed Mews restaurant to open dede at the Customs House – and just a few months later, it has won a Michelin Star. The seasonal tasting menu celebrates the produce of West Cork, with dishes like Sherkin Island oyster tart, or wild Irish venison with spiced red cabbage, redcurrant, buckwheat and orange. Cooking uses a minimal waste approach and the original dishes are refined, elegant and beautifully composed with plenty of personality and a subtle hint at Dede’s Turkish heritage. 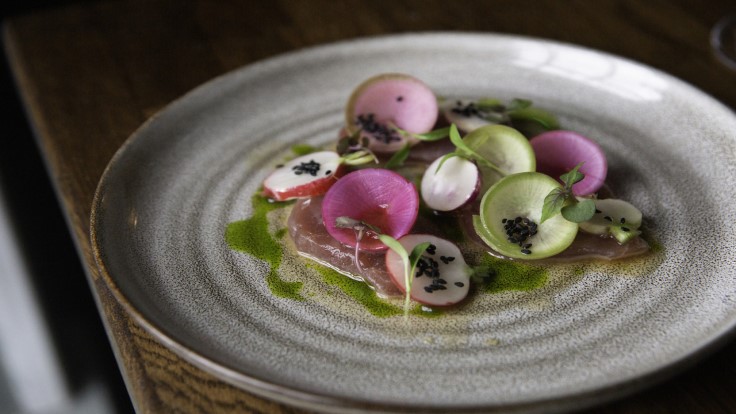 Volpe Nera, Blackrock
Nestled in a small parade, ‘Black Fox’ takes its name from its position midway between the suburbs of Blackrock and Foxrock. Carefully cooked dishes respect classic Mediterranean principles and have a modern edge; choices could include veal sweetbreads with olive potato, pied de mouton and thyme, or spinach and ricotta malfatti with onion squash and sage butter. Personable service adds a touch of formality to the contemporary surroundings.

Goldie, Cork
A lively, on-trend seafood bistro with an open kitchen and a stripped-back feel; the tight-knit team offer friendly service and the feel is relaxed and informal. The daily menu offers well-priced, modern dishes which use a ‘gill-to-fin’ approach, making use of the whole catch from the smaller day boats; perhaps crunchy fish spines; buttermilk fried pollock with lime aioli, or pan-fried ling with braised chicory.

Spitalfields, Dublin
It’s set in a historic area of the city and, whilst drinkers are welcome at its two bars, most come to this friendly, characterful, traditional-looking pub for the food. Carefully cooked, enticing dishes are fresh, flavoursome and great value. Choices on the menu could include oxtail and bone marrow Parker House rolls, Iberico pork Secreto schnitzel with redcurrants, beetroot, smoked eel and horseradish or pork chop with apple and truffle.

Table Forty One, Gorey
Having worked in various hotels and restaurants around the world, Gorey native Andrew Duncan returned home to open this cosy, welcoming restaurant. The wine list is short yet well-priced and the concise seasonal menu offers classic, technically adept dishes with a great balance of texture and flavour; perhaps a French onion tart with goat’s cheese, candied walnuts and crispy kale; or confit duck leg with apple, spiced red cabbage and a blackberry jus. 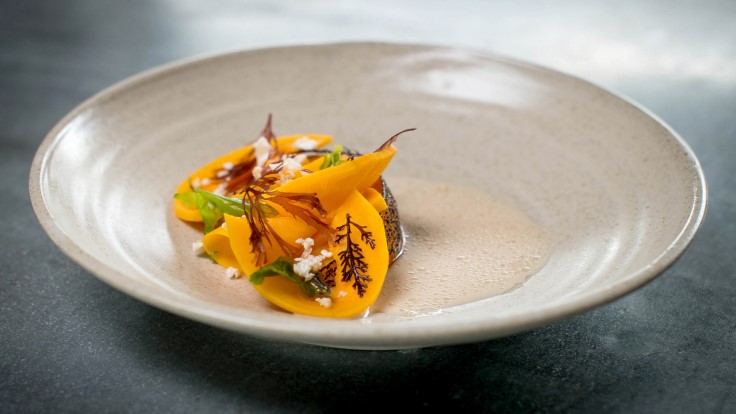 This year’s Michelin Guide sees the introduction of the new Michelin ‘Green Star’ distinction which highlights restaurants which are at the forefront of the industry when it comes to their sustainable practices.

Kai, Galway
Holder of a Bib Gourmand since 2018, this passionately run café-cum-restaurant has now been awarded a Green Star. Kai is the Maori word for food and their ethos is simple: high-quality seasonal produce – preferably organic or wild – sourced locally and cooked intelligently. Their menus are short and adaptable and 75% of their waste is recycled, with the remaining 25% used to produce energy. They also work closely with Food Cloud – a zero waste community.

Loam, Galway
Awarded a Michelin Star in 2016, this restaurant now adds a new Green Star to its trophy cabinet. Talented chef-owner Enda McEvoy was one of the first chefs in Ireland to champion natural produce – and the focus here is very much on the quality of these ingredients, many of which grow in the fertile local loam. They adhere to seasonality and follow a zero waste, nose-to-tail and leaf-to-root ethos. They also use renewable energy sources and help to educate students at local schools.

Inis Meáin Restaurant & Suites, Inishmaan
Inishmaan, the middle of the three Aran Islands, measures just 5km by 3km and has a population of only 160; and this restaurant with rooms is very much rooted in – and inspired by – its wild landscape, its people and its produce. Owners Ruairí and Marie-Thérèse de Blacam grow their own vegetables, herbs and fruit in their polytunnel and kitchen garden. They have also set up beehives using an endangered bee variety that will allow them to produce their own honey. 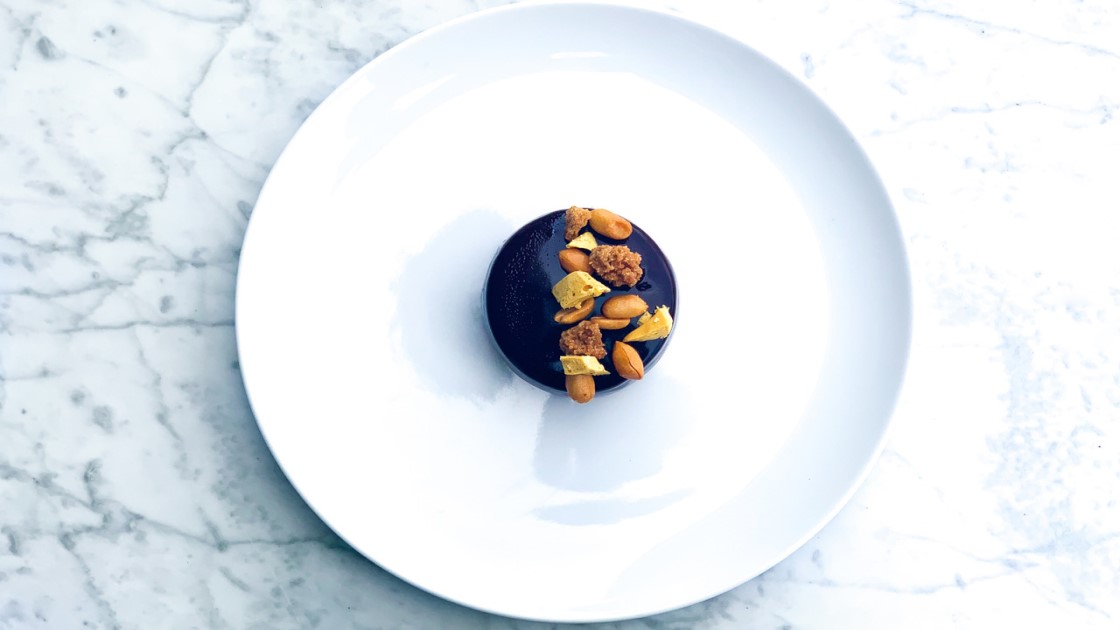 Mamó, Howth
Try the seafood, which comes from the harbour over the road.

Allta, Dublin
Homemade pasta is a highlight at this relaxed, friendly restaurant.

LIGИUM, Bullaun
Lignum is Latin for wood and it’s this ancient way of cooking which takes centre stage here.

Glas, Dublin
A fun, modern, plant-based restaurant in the centre of the city.

Éan, Galway
An artisan bakery-cum-café by day; a wine bar by night.

Oar, Doolin
Hearty dishes and views towards the Cliffs of Moher.

The Chef Mentor Award was won by Ross Lewis of Michelin-Starred Chapter One restaurant. Ross’ vast experience has allowed him to pass on his wealth of knowledge about cooking and Irish produce to younger chefs coming up through the ranks, acting not only as a mentor but also as a friend to a host of chefs, including many who now work in Michelin-Starred restaurants themselves, like Keelan Higgs of Variety Jones in Dublin, Damien Grey of Liath in Dublin, Garret Byrne of Campagne in Kilkenny and Ahmet Dede of dede in Baltimore.


This year, the guide is being published in a digital format only, both on our website (UK and Republic of Ireland) and via the iOS app.