Two Scottish restaurants have been newly awarded One Star in the Michelin Guide Great Britain & Ireland 2020:

- Isle of Eriska, on the island of the same name.

Here’s what you need to know: 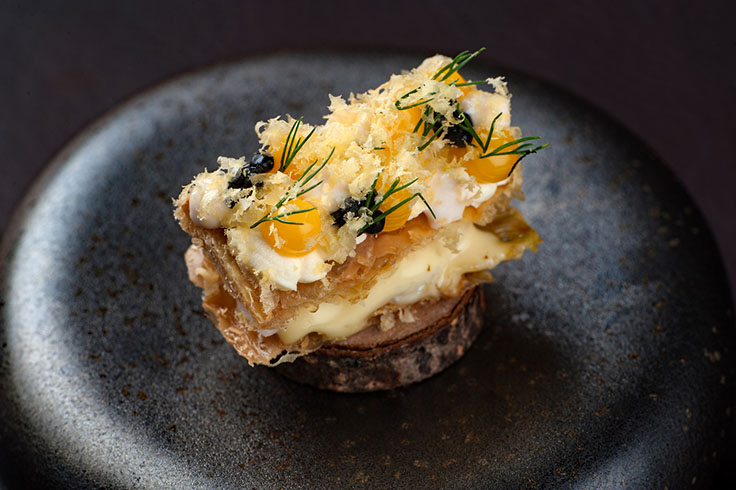 Condita: an exciting addition to the Edinburgh dining scene

In a nutshell
Condita is an intimate six table restaurant in the southern suburbs of Edinburgh. It opened in November 2018 and is a new addition to the Michelin Guide Great Britain & Ireland 2020 – going straight in with One Michelin Star.

When’s it open?
They only serve dinner – from Tuesday to Saturday – and offer two surprise menus of 5 or 8 courses. Matching wines are also available – and bookings must be made in advance.

What’s it like?
Condita is a relaxed, friendly restaurant in an understated modern space; and its décor, like the food itself, changes with the seasons. Things are kept simple, with retro wood furnishings and white-painted walls – while arty touches like bespoke wall-hangings and origami birds add a splash of colour.

Who’s cooking?
Condita is owned – and very smoothly run – by Mark Slaney, who comes from a family of hoteliers. Head Chef, Conor Toomey – originally from South Africa – has worked at many high profile British restaurants, with Head Chef positions at (among others) Coworth Park in Ascot, Amberley Castle in Sussex, and the Isle of Eriska hotel near Oban – as well as a stint under Michael Wignall at The Latymer Restaurant at Pennyhill Park in Surrey.

And the food?
Pictograms of an ingredient from each course – hand-drawn on a strip of card – are your only clue as to the interesting modern dishes which will make up your surprise tasting menu.

Conor likes to give his guests snacks between courses and, as with the main dishes, these are confidently prepared, skilfully presented and often proudly delivered by the chef himself.

Some of the highly seasonal produce comes from their kitchen garden, located in the Scottish Borders, but ingredients are also sourced from further afield, as it is their quality rather than their location which is of the greatest importance.

Dishes enjoyed by the Michelin Inspectors over the past year have included Arbroath asparagus with salmon, caviar and smoked curd; duck in two servings with pickled turnip and offal; pheasant breast with shiitake mushrooms; and gorse flower parfait with chocolate.

The Michelin Inspectors found these dishes to be well-crafted with harmonious, well-defined flavours, complimentary textures and a delicate, often playful edge. 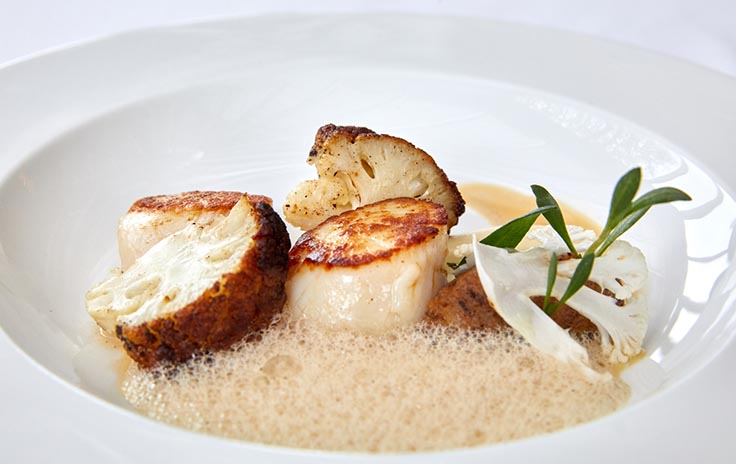 In a nutshell
This hotel restaurant is set in an impressive baronial mansion, in an idyllic spot on a 300 acre private island on the West Coast of Scotland. The luxury hotel offers a spa and golf course, as well as boasting fantastic views of Loch Linnhe and the Morvern Mountains.

When’s it open?
They serve dinner every evening and, although you don’t have to be a hotel guest in order to dine here, you will have to book in advance.

What’s it like?
The contemporary style of this charming, remotely set hotel makes a pleasing contrast to its original features. Greeted on arrival, guests are whisked inside for canapés beside the open fire, before being seated in the formal dining room with its well-spaced tables and garden views.

Who’s cooking?
Over the last few years, this famous country house hotel has had new life breathed into it by new owners and a new chef.

Head Chef Graeme Cheevers arrived in late 2018, bringing with him his considerable knowledge and experience, as well as an appreciation of Scotland’s finest ingredients.

He had previously worked for eight years as executive chef at Michelin-Starred Martin Wishart at Cameron House hotel on Loch Lomond.

And the food?
From Isle of Mull scallops to Black Angus beef and Ayrshire lamb, the menu at Isle of Eriska is a roll call of Scottish produce – and their celebrated cheese trolley features a fine local selection. Natural flavours are paramount, and these are brought together in well-balanced, harmonious combinations within highly seasonal yet pleasingly understated dishes.

Graeme is a talented, confident chef who clearly understands his craft. From the canapés right through to the petit fours, the quality of the cooking shines through.

Find out what’s on offer and where