Decommissioned forts and watchtowers make for a surprisingly delightful hotel experience. For obvious reasons, they tend to be located in elevated locations that offer panoramic views, oftentimes overlooking the sea. A timeless strategy whether you’re fighting off an advancing army or a creeping hangover. Given their original inhospitable purpose, it probably took a little extra work making these structures feel welcoming. Here's where to spend the night in an old fort, watchtower or, for good measure, a one-time water tower or lighthouse.

Perugia, Italy
Italy isn’t exactly hurting for impressive small hotels, but Torre di Moravola stands out all the same. Frankly, they had us at “thousand-year-old Umbrian hilltop watchtower converted into a seven-room boutique hotel,” and that was before we ever saw inside. For while the exterior may be a thousand years old, the interiors are as modern as they come. 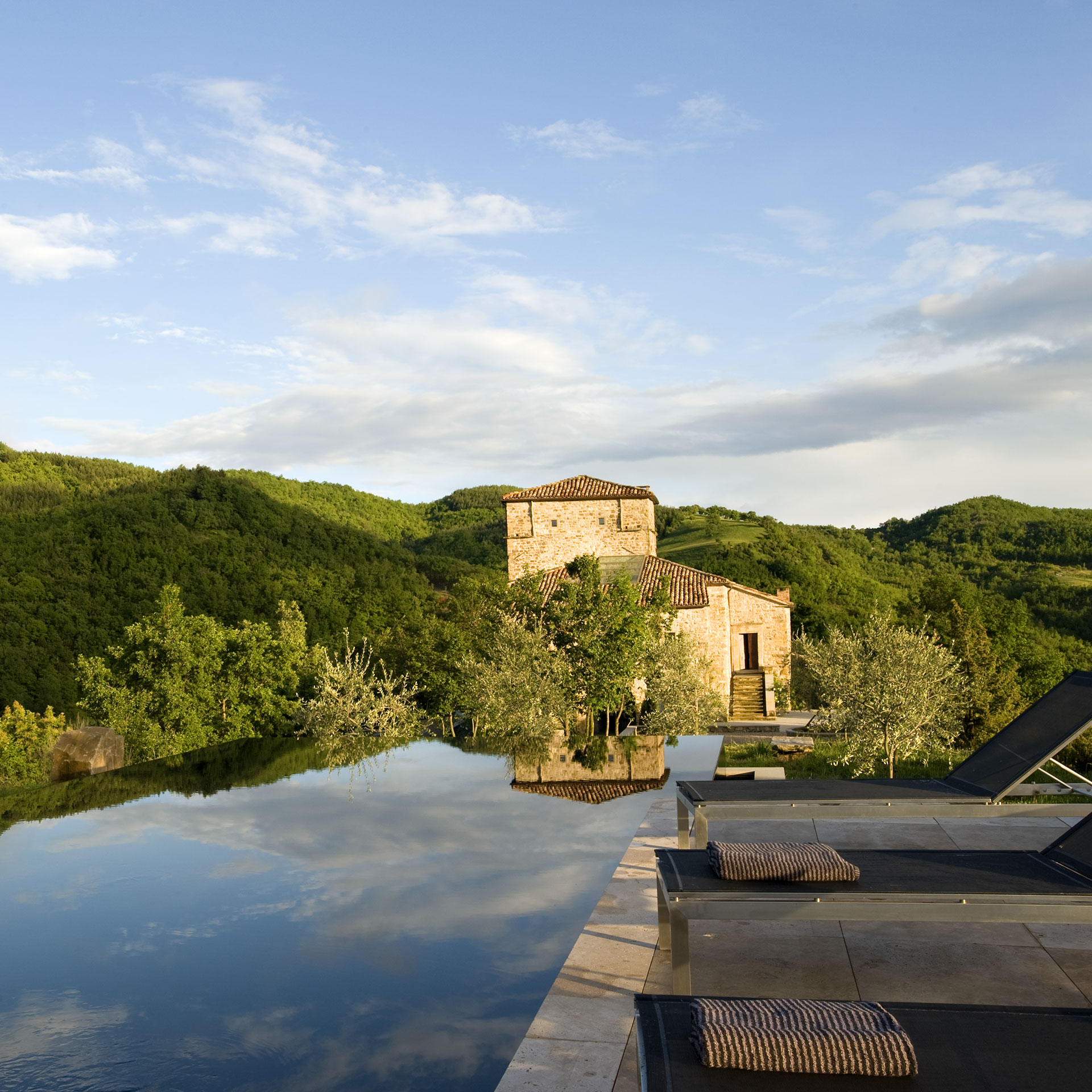 Domus de Maria, Italy
Lighthouses don’t get much more grand than the 160-year-old Faro Capo Spartivento, on the rugged southern coast of Sardinia. While the light is still in service, it’s automated now, freeing this unique building (and the neighboring keeper’s cottage) to transform itself into a small and secluded luxury hotel. The sea views, naturally, are extraordinary, and the interior-design style is inspiring and unique. 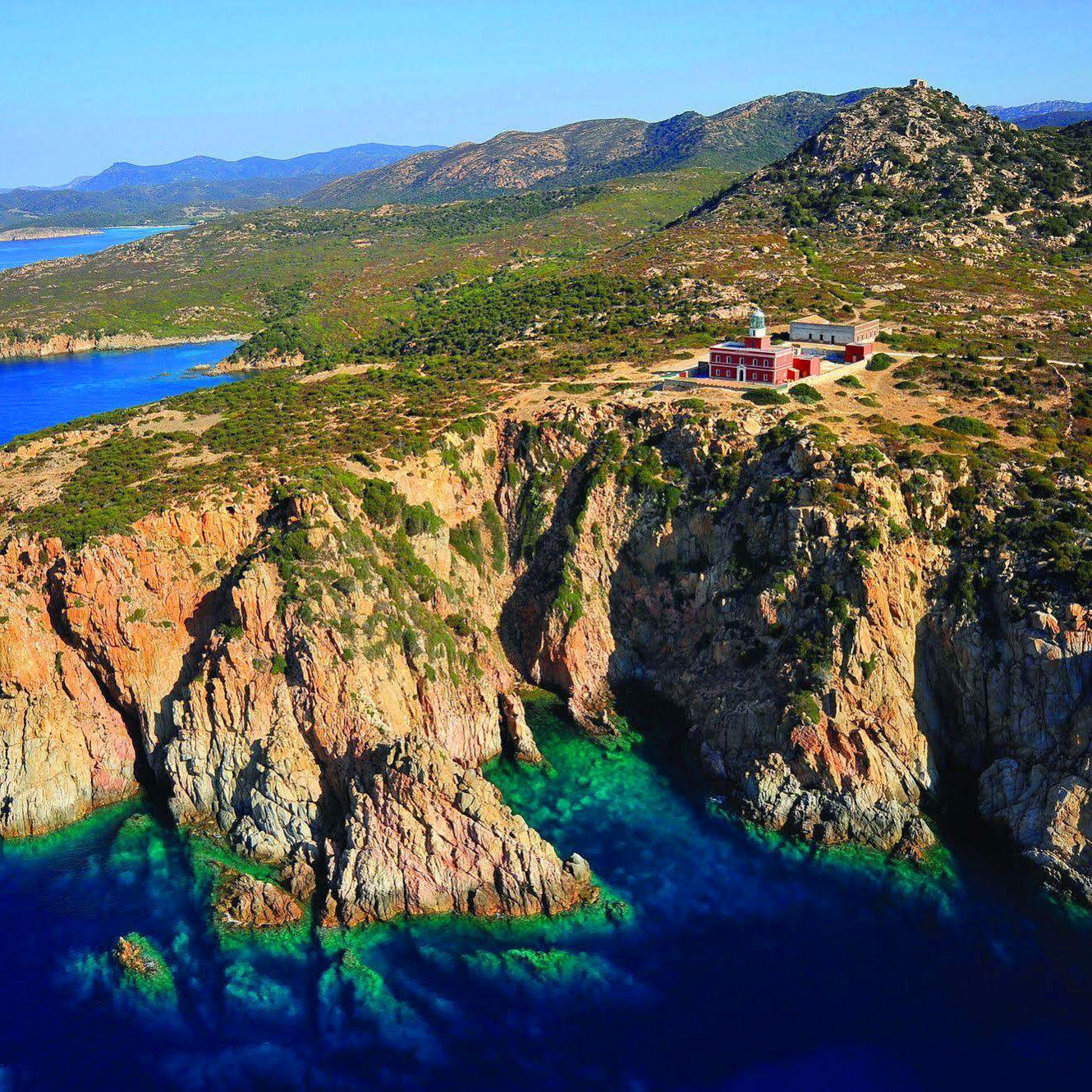 Perugia, Italy
Set on a vast estate in the picturesque hills of Umbria, Castello di Reschio dates back all the way to the tenth century, which includes the decade-plus its owners spent on a careful restoration. Given the results you’d have to agree it was worth the wait — especially the extravagant suite that spans five floors of the castle’s ancient watchtower, with a spectacular view of the Umbrian landscape. 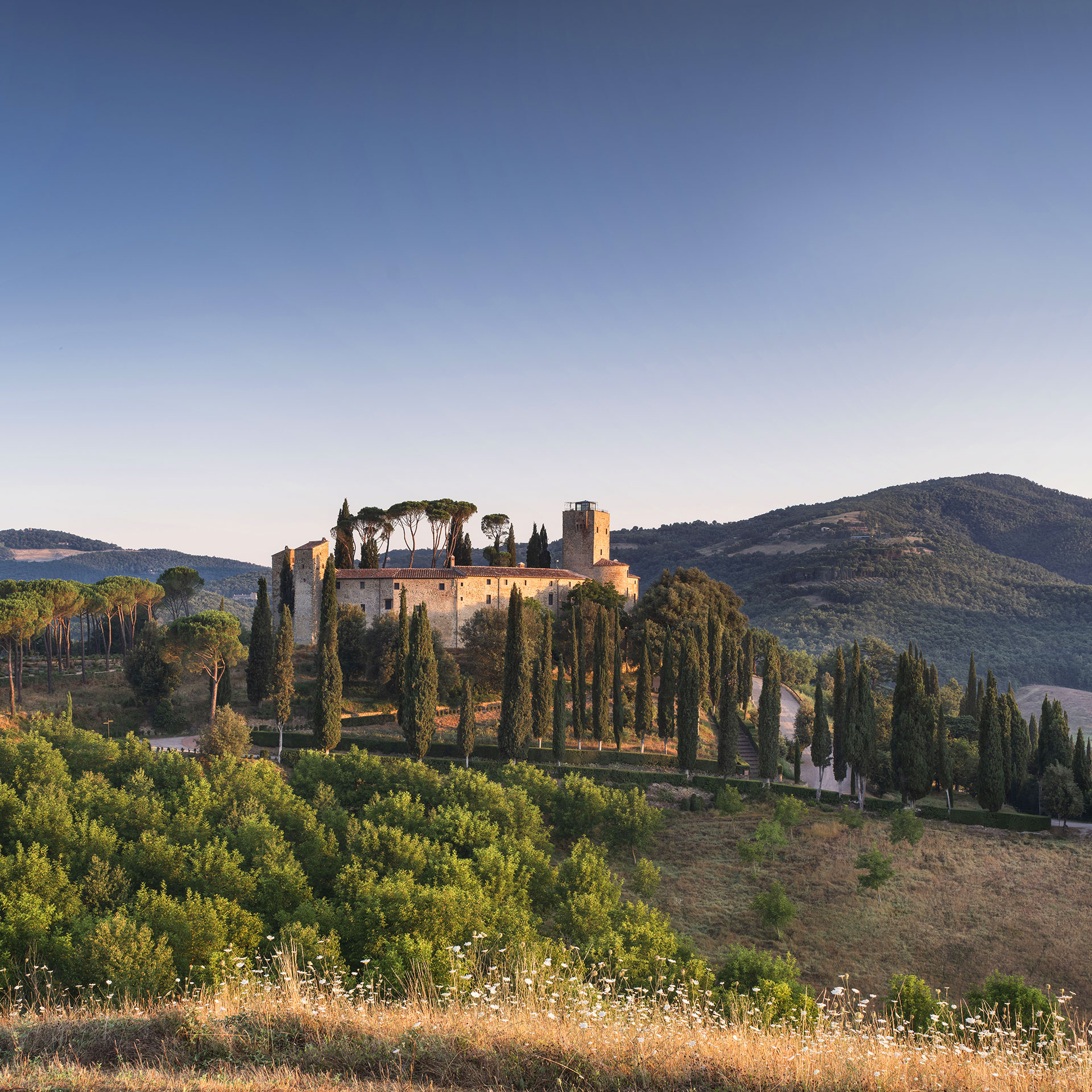 Grosseto, Italy
Built on what’s left of a centuries-old watchtower, on cliffs a hundred meters above the coast, Torre di Cala Piccola is one of the Mediterranean’s most glamorous luxury retreats. It’s been a favorite for decades, since Liz Taylor and Richard Burton visited in the 1960s — proof that some kinds of hospitality never really go out of style. 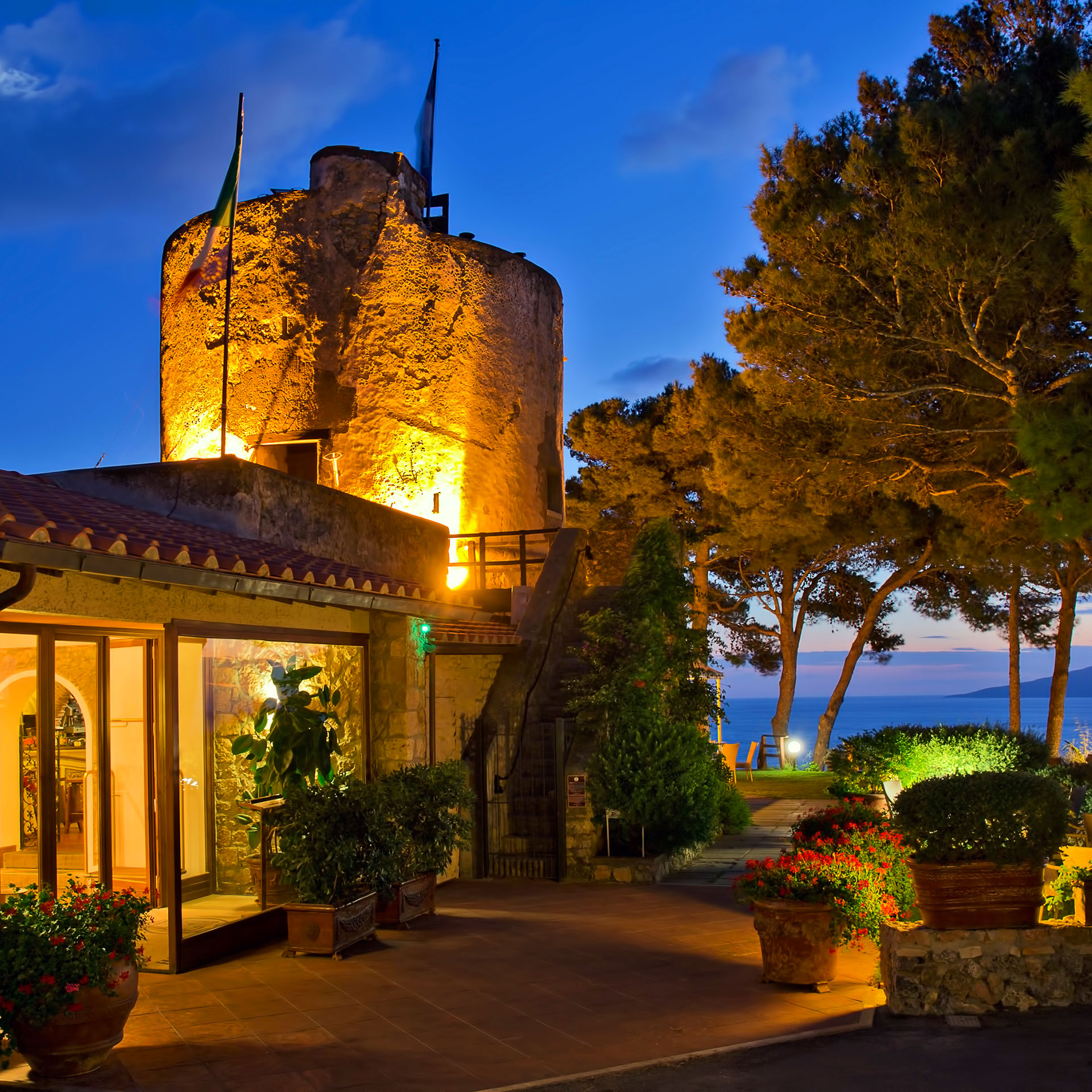 Jaipur, India
You’d have to be a pretty jaded traveler to not be impressed by Alila Fort Bishangarh Jaipur, an 18th-century hilltop fortification that’s been transformed, parapets and all, into a dramatic and surprisingly contemporary luxury boutique hotel. The rooms and suites are pleasingly modern, though they never lose touch with their Indian heritage. 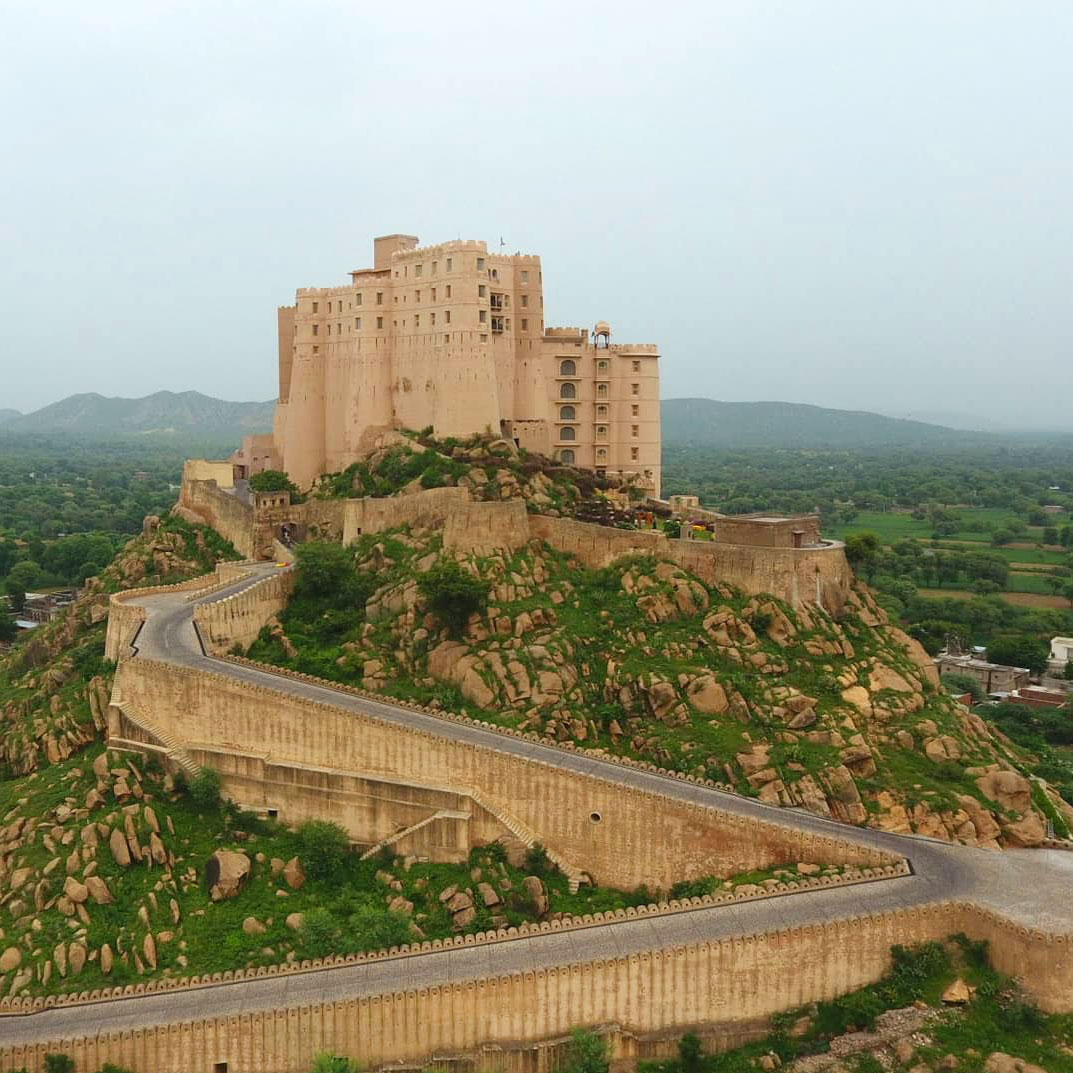 Varanasi, India
Brij Rama Palace was first a fort, then an aristocratic residence, and now, a luxury hotel. You’ll arrive by boat via the Ganges, rather than attempt to wrestle with Varanasi’s snarled roads, and you’ll find yourself in an eclectic environment — the interiors span any number of eras and styles, and the elevator is a replacement for what is alleged to have been the first one installed in South Asia. 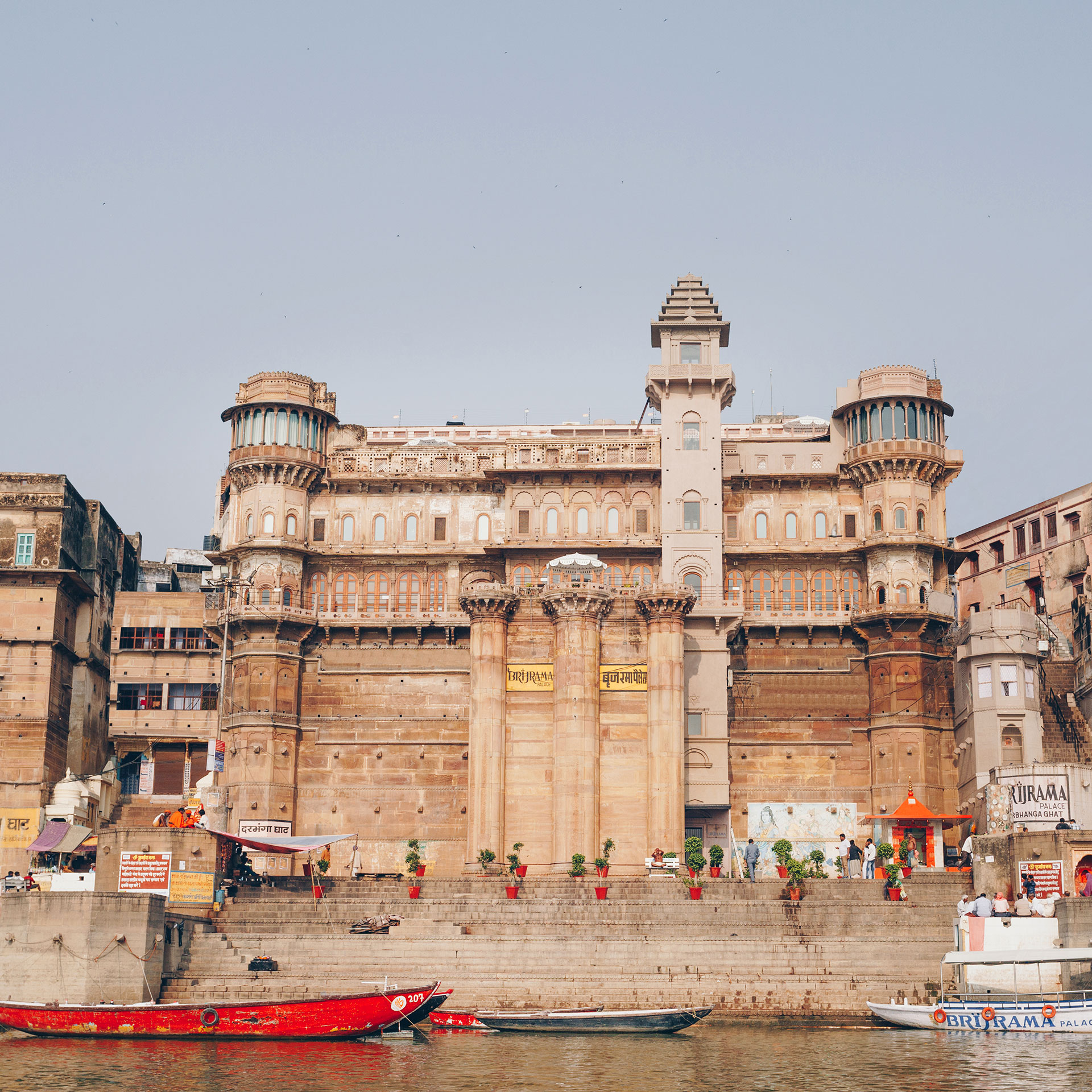 Dordrecht, Netherlands
They don’t make water towers like they used to — this one, built in 1881, resembles a castle, and once contained housing for technicians. Long since decommissioned, it’s back in business as a thoroughly unusual hotel, with some rooms occupying the old tower quarters, as well as others in the gardens, in the old iron reservoir tank, or even floating on the surface of the Wantij river. 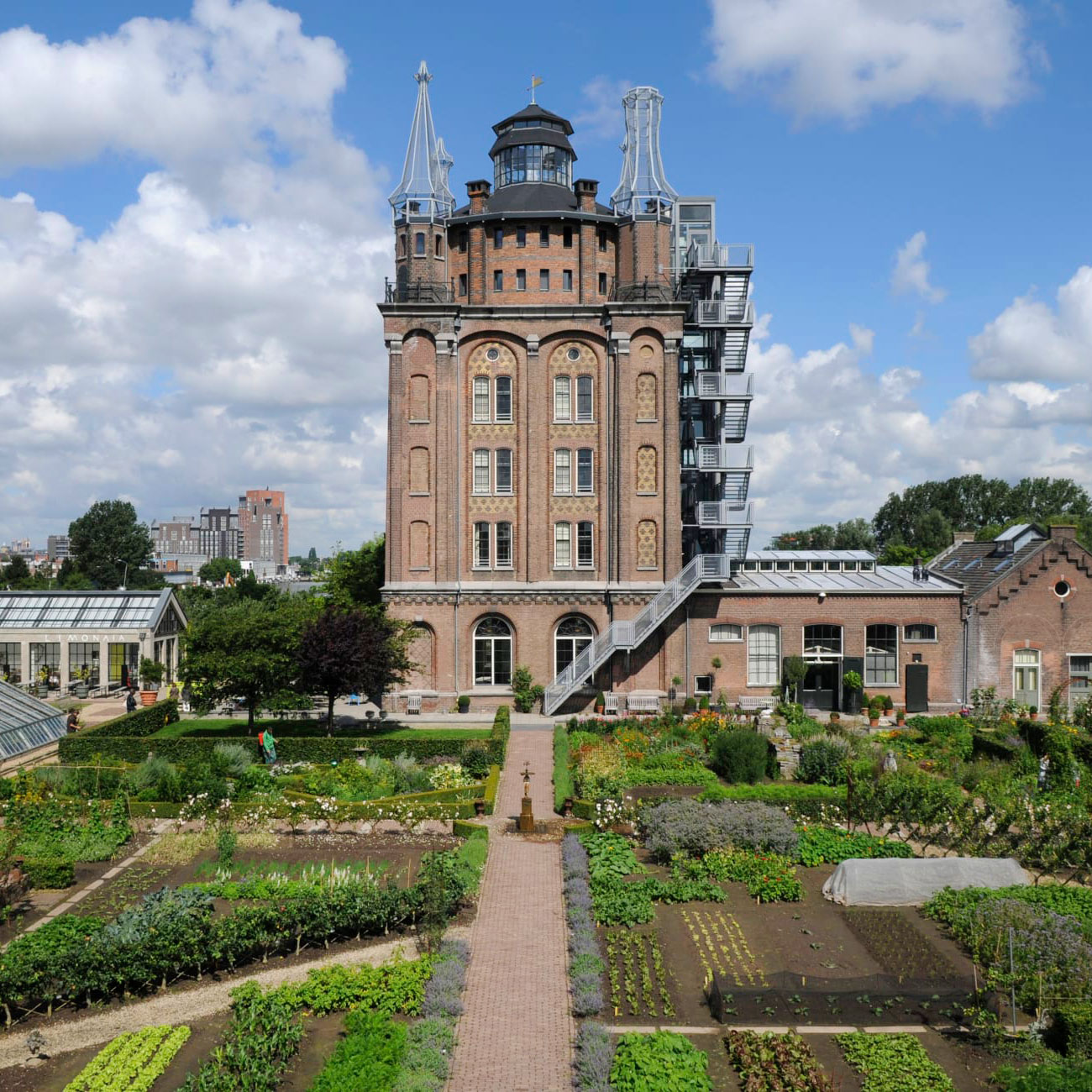 Subscribe to our newsletter to stay on the top of the MICHELIN Guide's best hotels and restaurants, plus chef interviews, recipes, and travel stories.

Vathia, Greece
Perfectly positioned at the southernmost point of the Greek mainland, Tainaron boasts spectacular sea views to match any Aegean island. Housed in a centuries-old tower that was designed to keep intruders out, the fully restored guesthouse now welcomes visitors from around the globe, but not too many of them — there are just three suites, two in the tower and a third in the adjoining tower house. 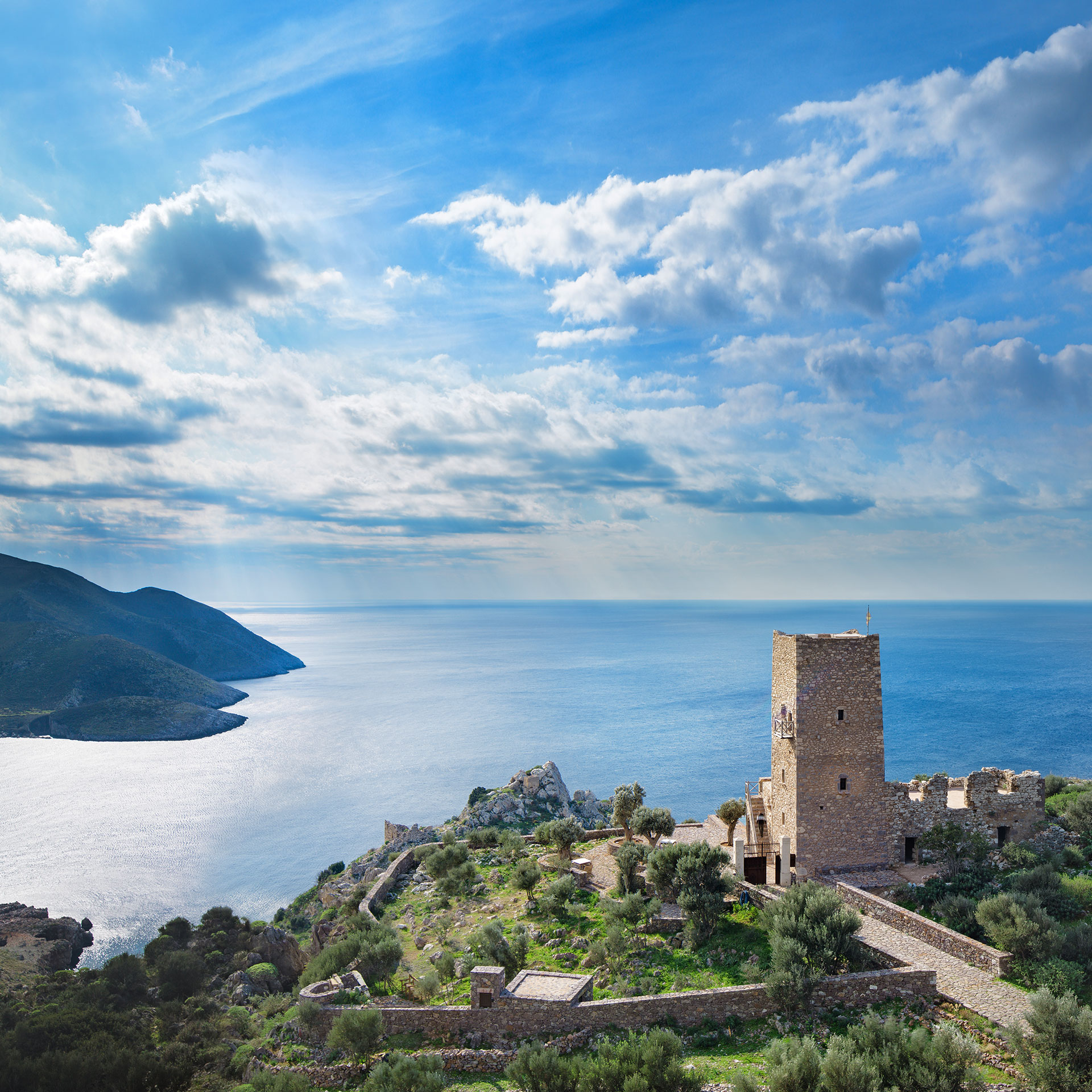 Tavira, Portugal
Encircled by stone walls, Forte São João da Barra was originally constructed in the 17th century to protect the port town of Tavira. Though you might forget it while having breakfast on the terrace, looking out over the water, it’s important to note that the stone citadel is a landmark, and not a hotel purpose-built with travelers’ predilections in mind — which only adds to its appeal. 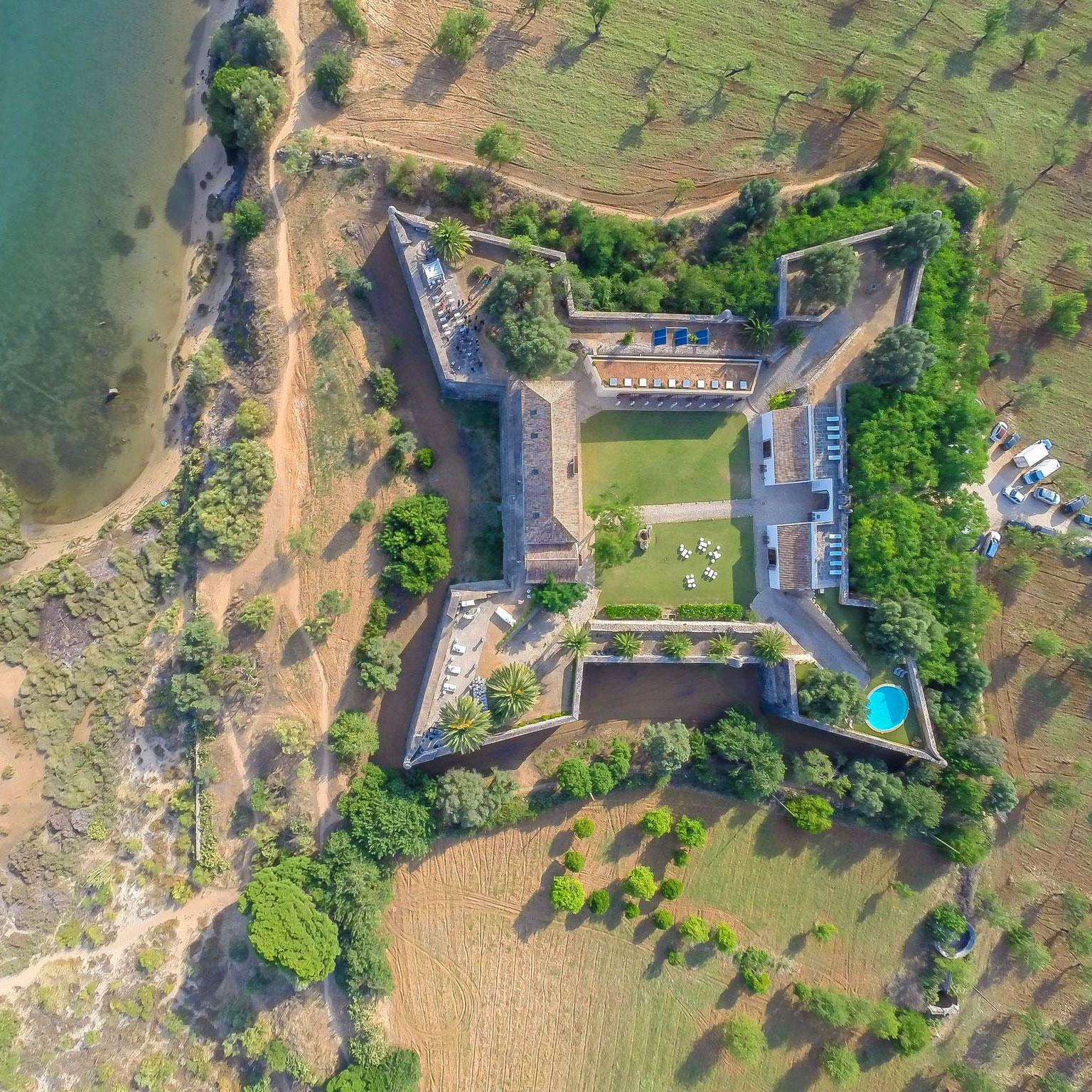 Ibiza, Spain
An ancient watchtower in Ibiza’s historic hilltop old town is home to Torre del Canónigo, a stunning, stylish boutique hotel. The Dalt Vila district is one of the quietest parts of town, though still close to pretty much everything. That proximity, combined with the fact that towers are literally built to provide astonishing views, makes the Canónigo experience a spectacularly panoramic one. 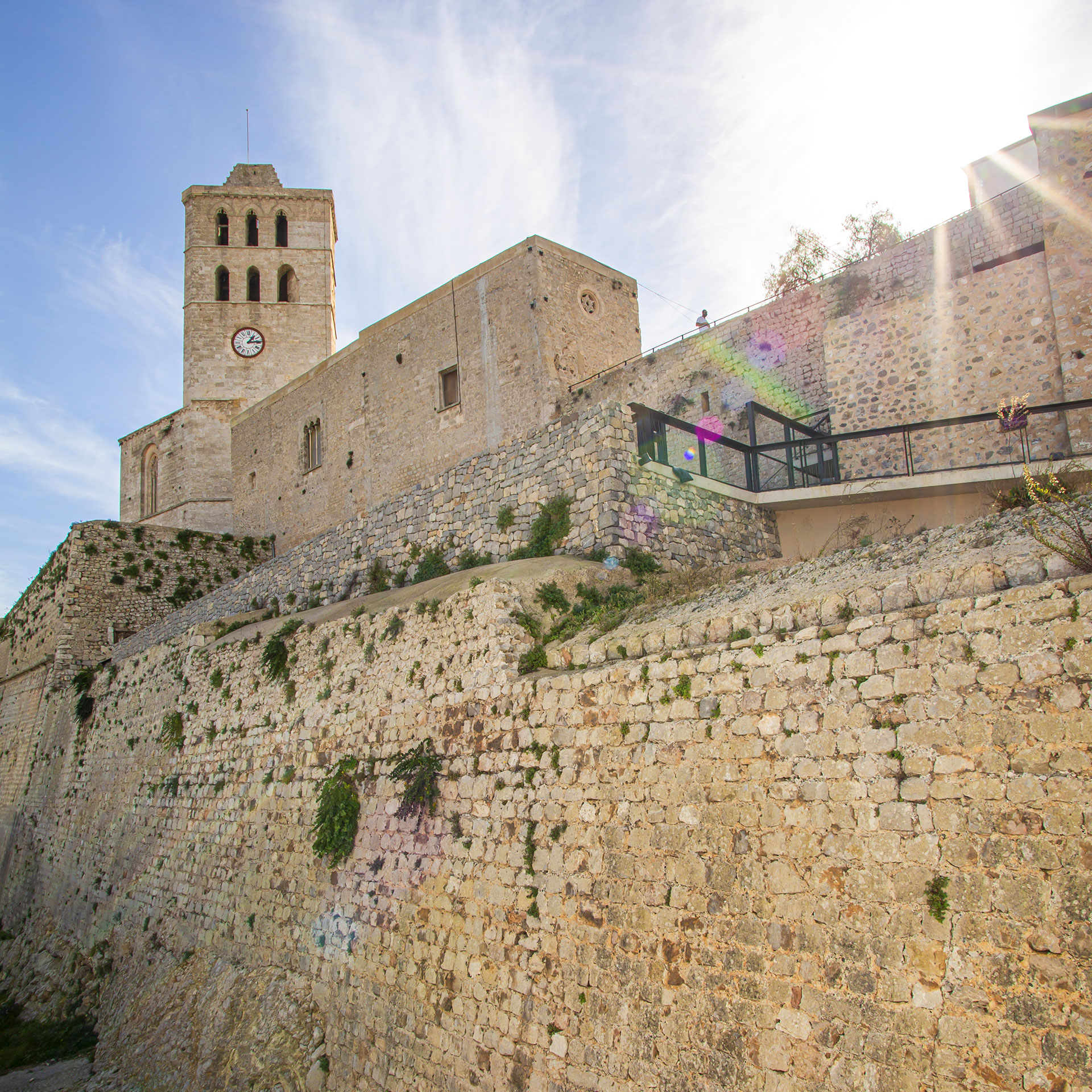 Baiona, Spain
On Galicia’s Monterreal Peninsula, with a commanding view over a port and a protected bay, stands the Parador de Baiona, a medieval fortress that’s been refashioned as a luxurious and atmospheric 122-room hotel. Two restaurants serve upscale traditional Galician fare with a heavy emphasis on locally sourced seafood; not many hotels can offer a walk along two kilometers of fortress walls. 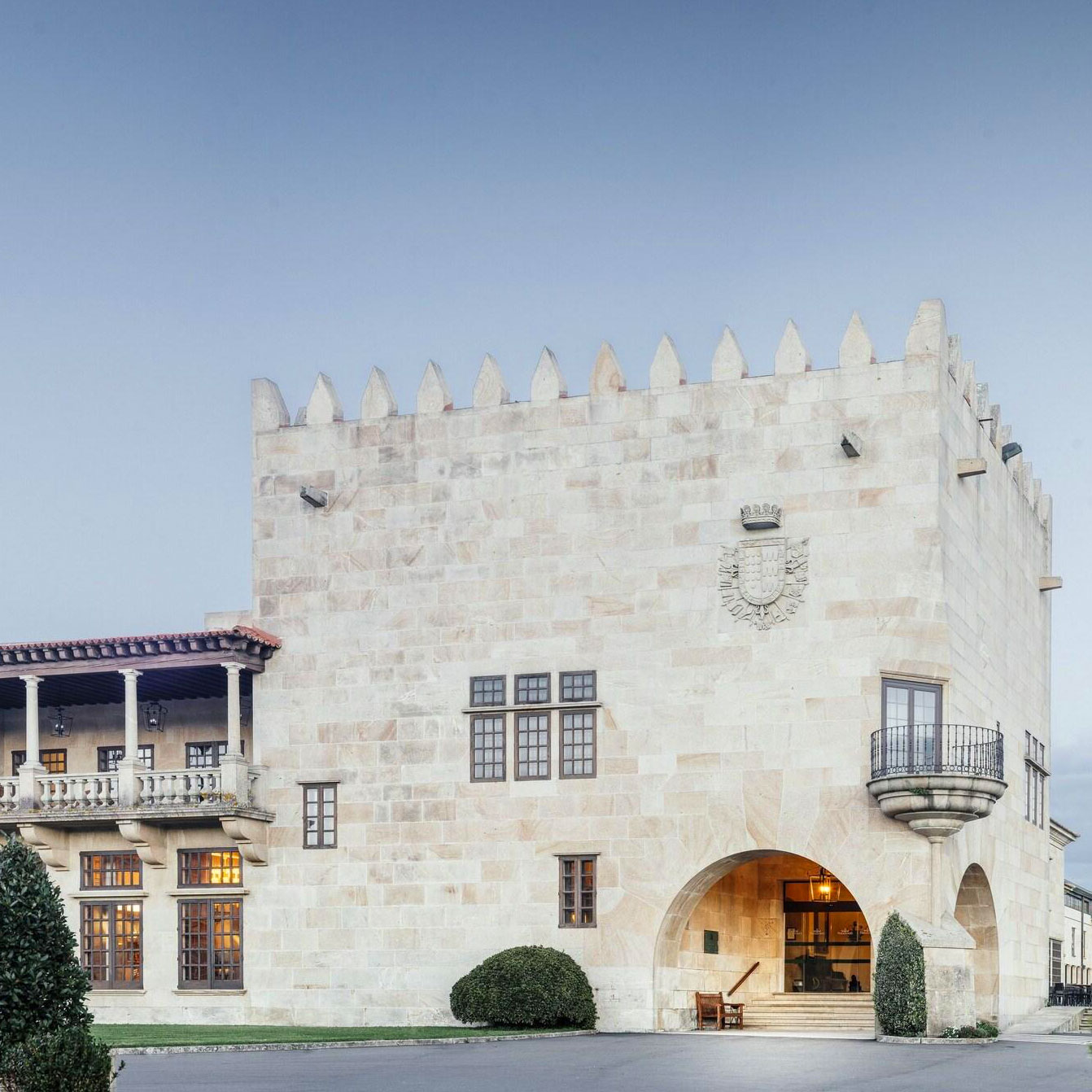 Mallora, Spain
What’s so special about Mallorca? Spain is blessed with stunning landscapes and balmy climes almost from bottom to top. Have a look around Cap Rocat, though, a 19th-century fortress reconstructed by Spanish architect Antonio Obrador, and set on an 88-acre coastal estate overlooking the Bay of Palma, and you’re quite likely to come away a believer. 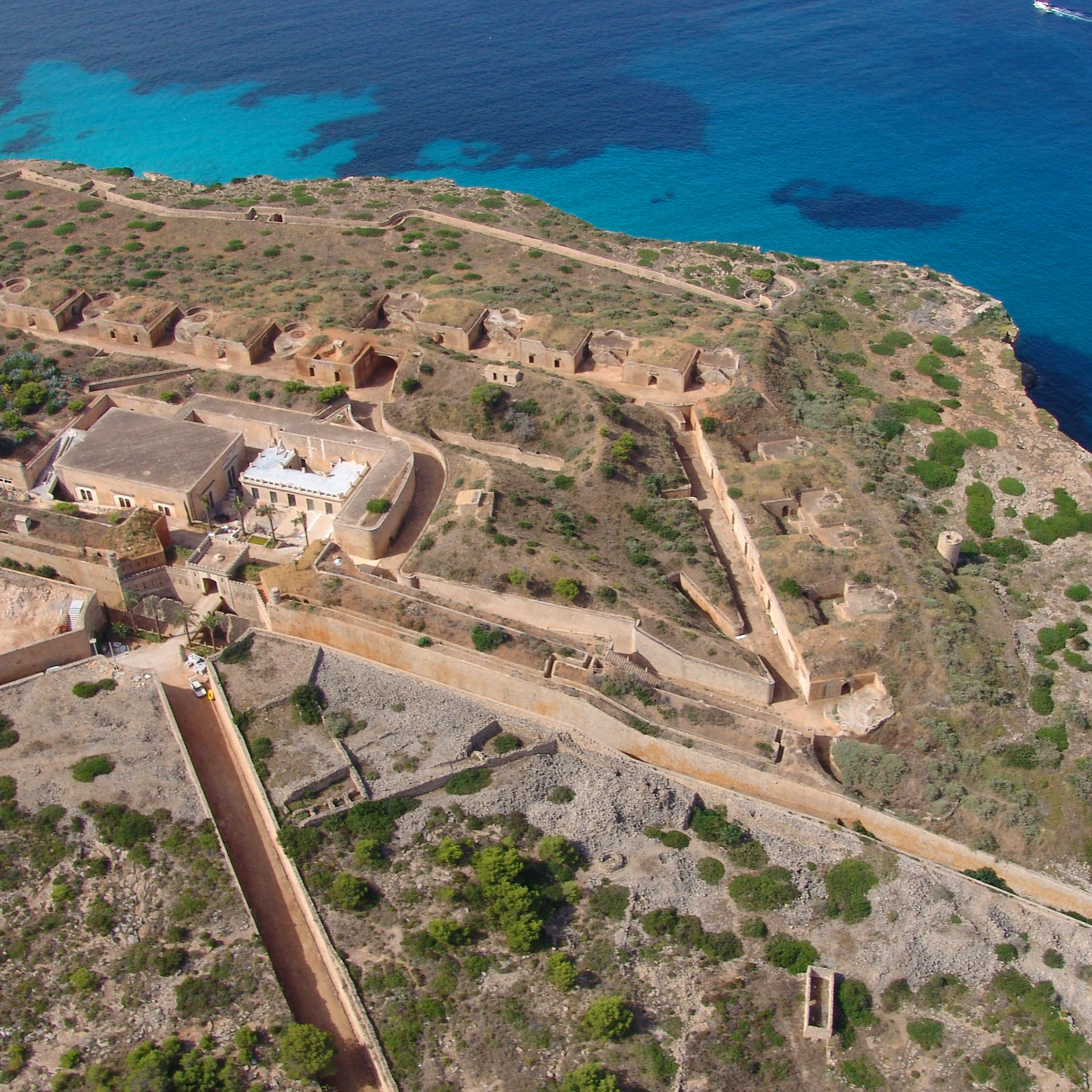 Alarcon, Spain
The castle that’s now known as the Parador de Alarcón traces its history all the way back to the eighth century, which makes it one of the oldest Tablet hotels by any measure. Its 2003 restoration brought it up to modern hospitality standards while retaining an incredible wealth of history, including remnants of the Moorish period, during which the castle itself was established. 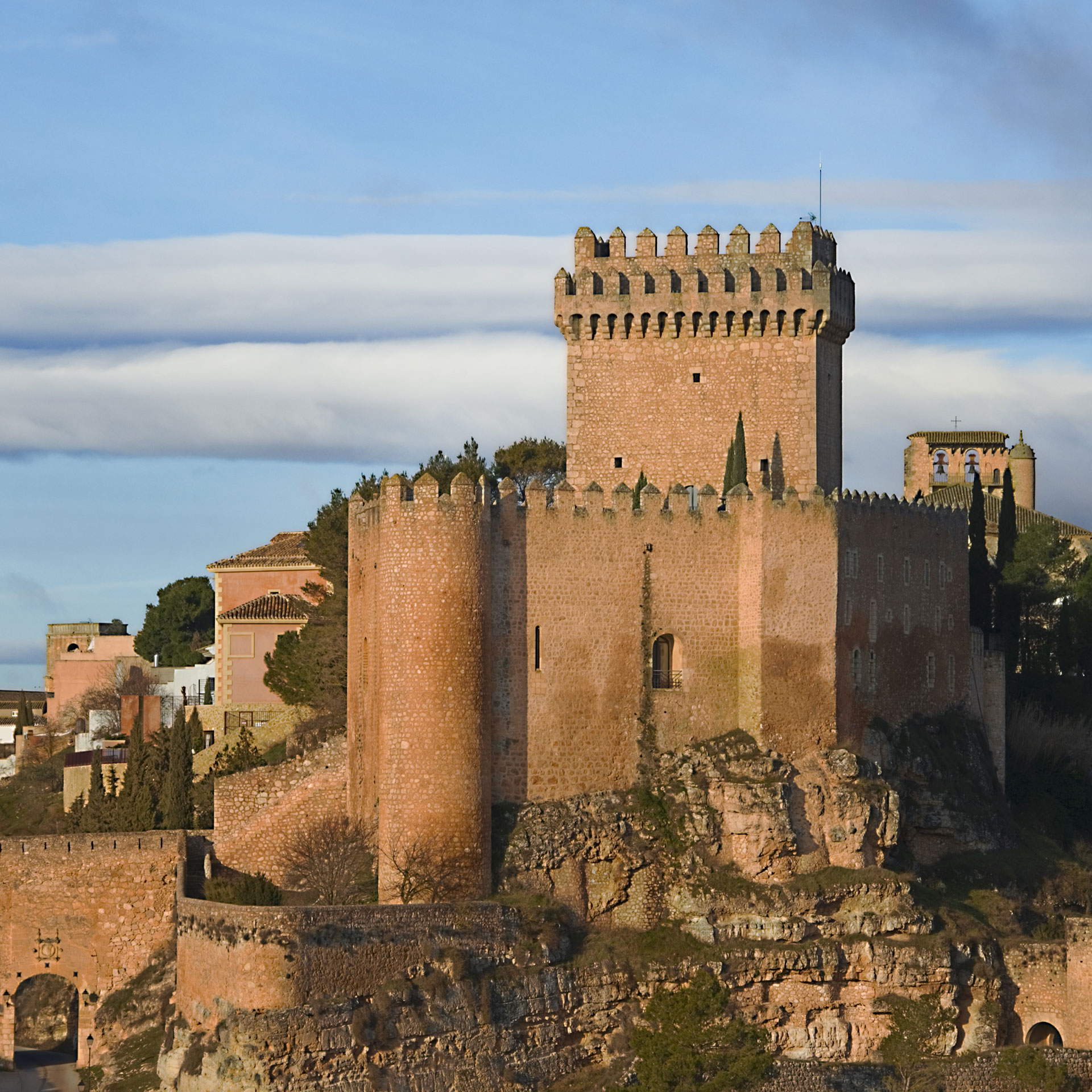 Minorca, Spain
Sister to the nearby finca-style Santa Ponsa, Torre Vella is a farmhouse hotel with a twist; this one is built around an old fortified watchtower, set amid acre after acre of olive groves and medicinal herbs. It’s a slightly more bohemian vision than the more refined Santa Ponsa, and has a personality all its own. But it’s no less comfortable, or less seductive. 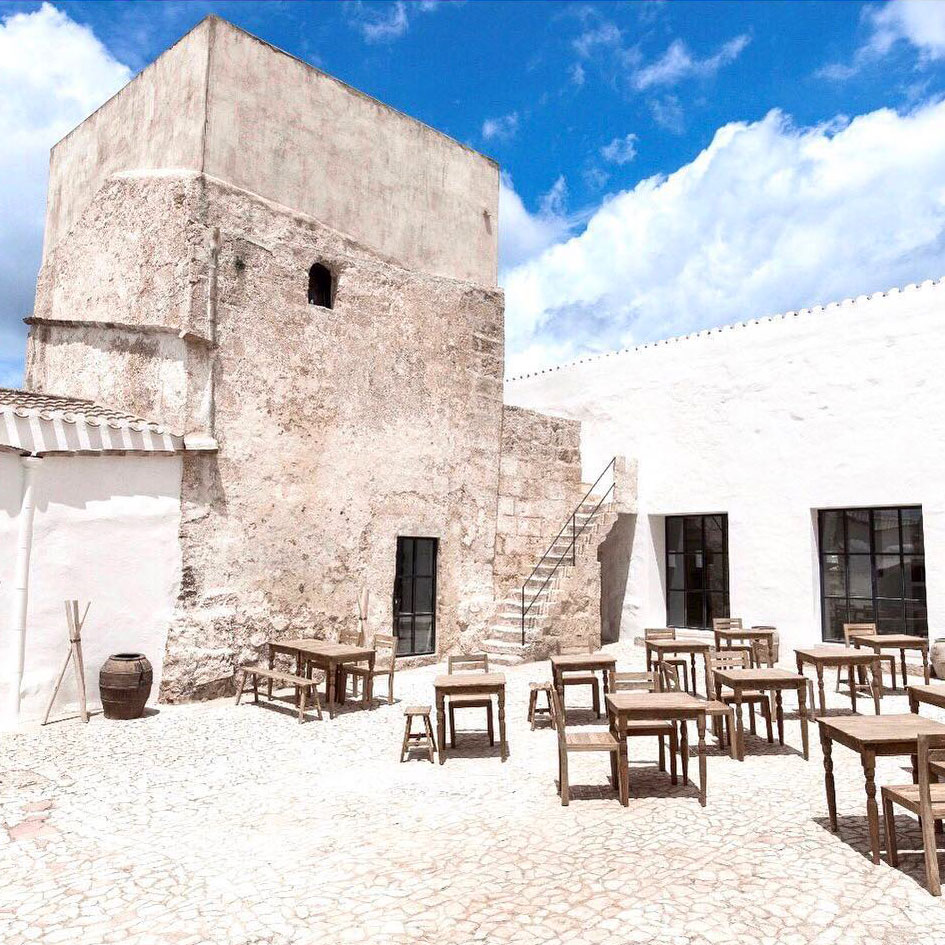 Punta Del Este, Uruguay
Punta del Este caters to the cream of Brazilian and Argentinian high society, most of whom come to stay in ostentatious seaside palaces or big-money casino hotels. French-style farmhouse hotels, on the other hand, are quite understandably few and far between, and when it comes to country house hotels crafted from converted Tudor-style water towers, well, there’s really only one: the Hotel L’Auberge. 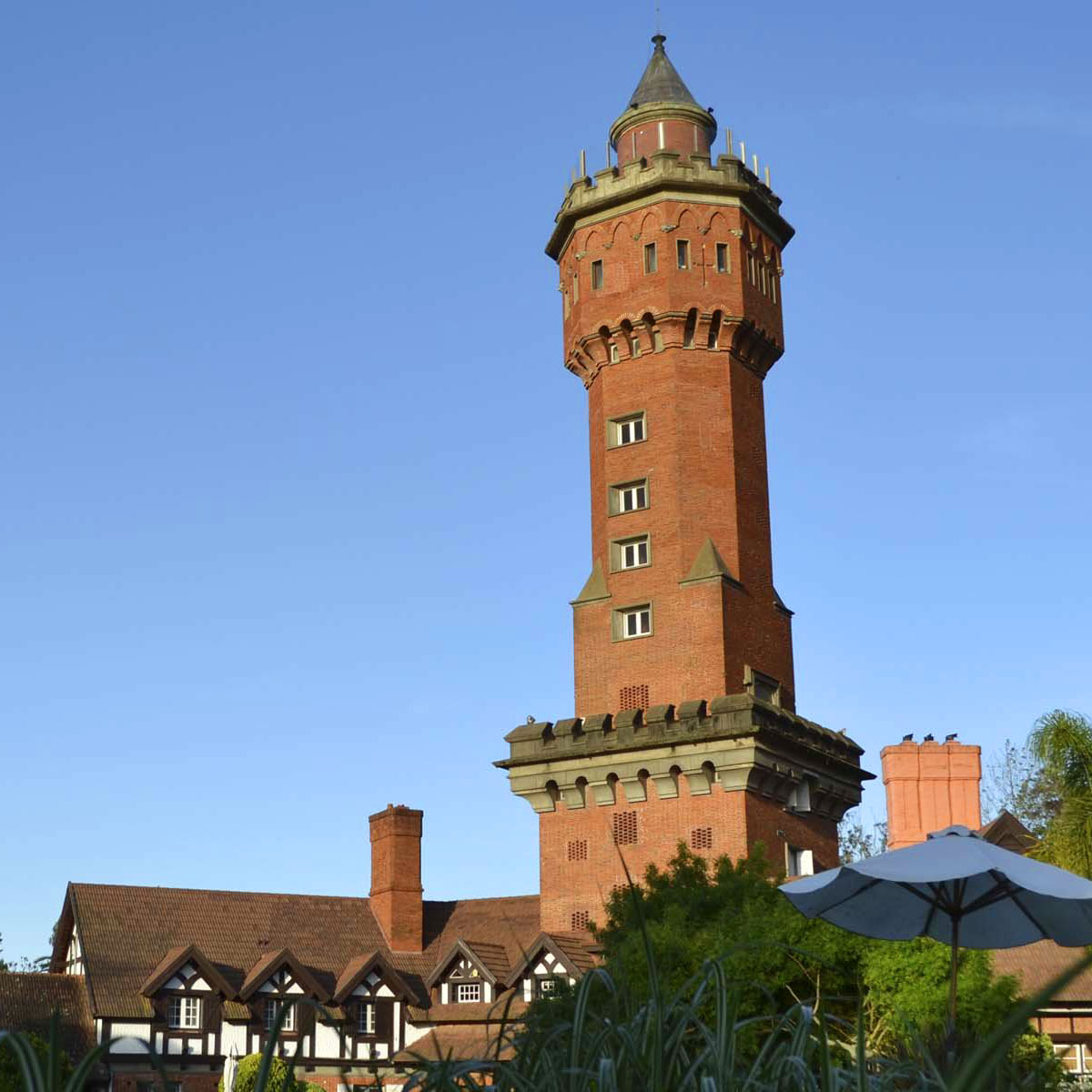 Hero image: Tainaron Blue Retreat. Photo by George Messaritakis
All other photos by the hotels unless otherwise stated.