The First Day We Got Our Stars: Tomoo Kimura

20 years of perfecting a single craft has led Sushi Kimura in Singapore to its first MICHELIN star.

Japanese sushi chef Tomoo Kimura deftly sculpts exquisite parcels of sushi laden with organic Tsuyahime rice from a Yamagata farm and fresh wild-caught seafood on a daily basis. However, when he was growing up, sushi was reserved only for special occasions.

“Perhaps that is why sushi has a special place in my heart,” he muses, adding that he has dedicated 20 years to perfect the art of making sushi. Kimura’s hard work has paid off as his fine-dining sushi restaurant Sushi Kimura was the only Japanese restaurant in the new list of one-Michelin-starred restaurants in the results of this year’s MICHELIN Guide Singapore. 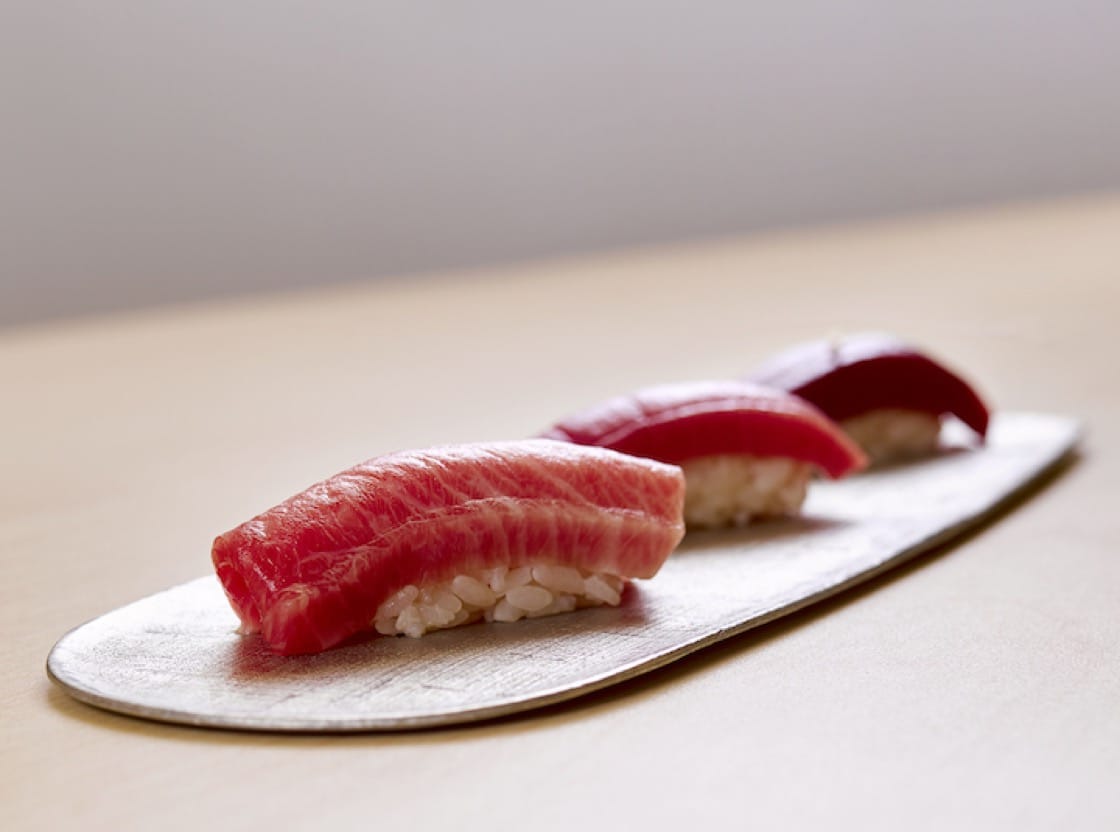 Edomae-style sushi are one of chef Tomoo Kimura's specialities. (Credit: Sushi Kimura)
The 22-seat restaurant in Palais Renaissance represents Kimura’s hawk-like eye for details. Anchoring the space is a counter crafted from a 150-year-old Hinoki tree and all of his ingredients are shipped from Japan. Besides the famed Tsukiji market, he also uses ingredients from Hokkaido and Kyushu.

Kimura says: “We have been sourcing directly from some of my fisherman friends so it depends really on their catch of the day. For autumn, we usually have fresh ikura, katsuo (bonito) and sanma (pacific saury).”

Other ingredients include high-mineral spring water from Hokkaido that is used to cook the rice and other Edomae-style dishes, and a potent organic vinegar from Miyazu city in Kyoto. 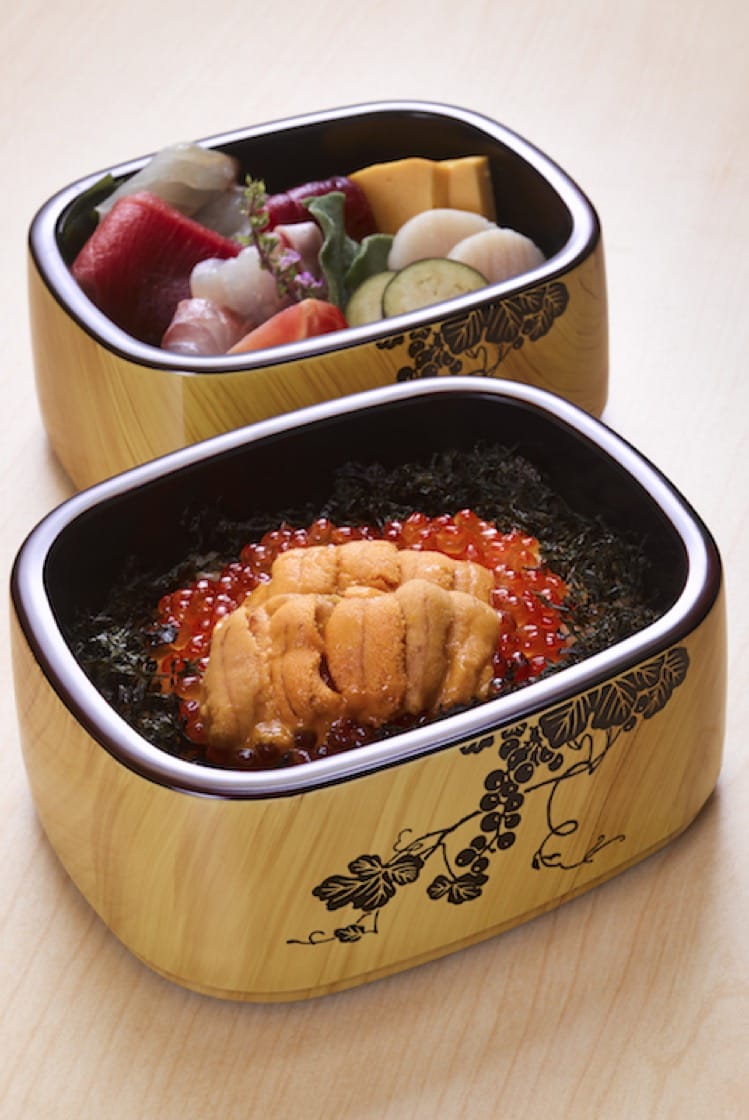 Popular dishes at Sushi Kimura includes Akami Zuke Nigiri (marinated tuna in a special sauce), chopped toro hand roll, in which he adds a bit of chopped takuwan (pickles) that injects some crunch and cuts through the fattiness of the toro. Other dishes include the rarely-seen baby gizzard shad (shinko) and the bakudan rice bowl (left), a treasure trove of rice mixed with onsen egg, toro, ikura and uni.

Diners can choose to eat the rice from the bowl or wrap it with shin nori, the highest grade of seaweed that is obtained from its first harvest in the Ariake sea in the south of Japan.

Other seafood that restaurant offers are seasonal white fish that brim with umami flavour such as tai (red snapper), hirame (flounder) and hata (grouper).

The Journey Of Making Sushi

From a young age, Kimura’s interest in cooking was piqued by watching his mother whip up dishes for family meals. “My first dish was an attempt to make a sunny-side-up egg,” he says. “But, it ended up becoming scrambled eggs.” 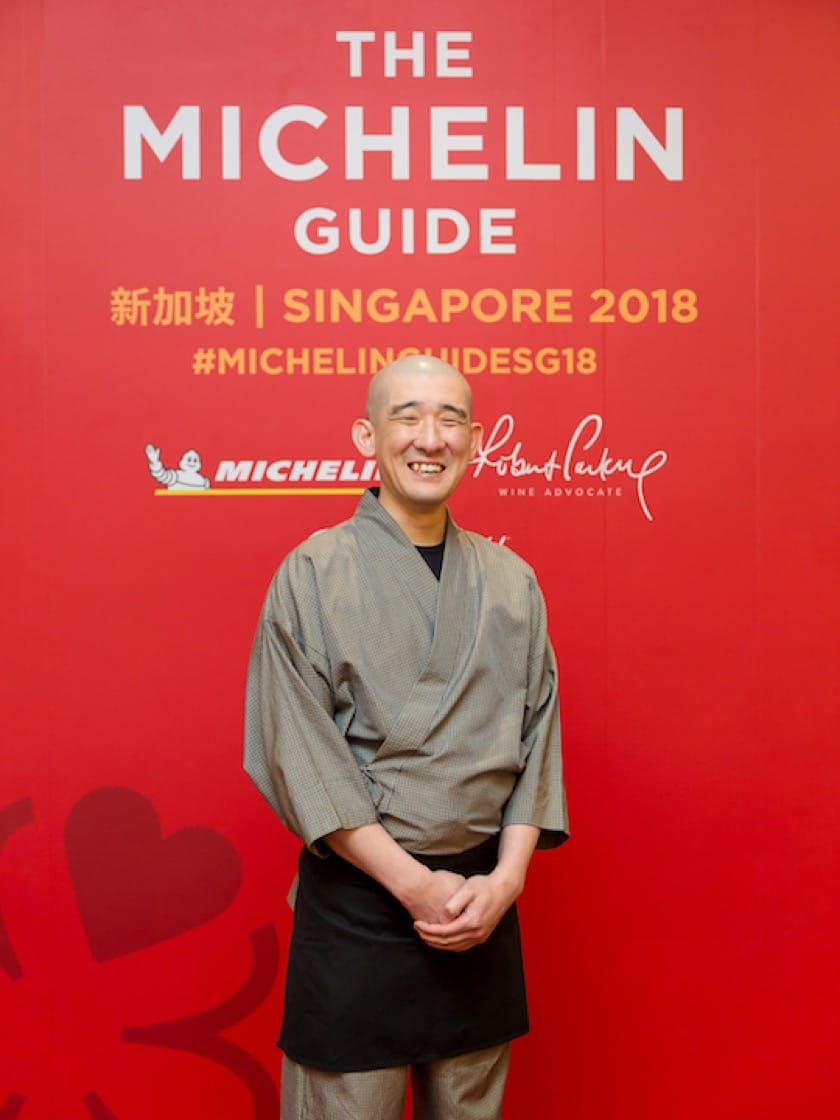 He continued to immerse himself in the kitchen and eventually, he graduated from Hattori Nutrition College in Tokyo in 1997. He opted to work in counter-style restaurants as he enjoys interacting with people from all walks of life. Along the way, he honed his craft at Tsukiji-Sushi Sei, a Edomae-style sushi restaurant that started in 1889, and learnt the bulk of his sushi-making craft from a Japanese restaurant that he declines to name, as “my master prefers to remain anonymous”.

In 2012, Kimura uprooted to Singapore to be part of the opening team of the one-Michelin-starred Sushi Ichi and he was also the executive chef of Hashida Sushi.
Sushi Kimura is his platform to expound on his cooking philosophy, which he sums up as “respecting the integrity, freshness and purity of the ingredients”. He has also peppered the sushi-ya with personal touches, such as a soft noren curtain that was cut from his great-grandmother’s kimono, a ceremonial tea set hand-painted by his sushi master and hand-carved stamps on the placemats that reflect Japanese seasons.
What was your first encounter with the MICHELIN Guide?
As a chef, I have always been aware of the prestige of the guide and that it recognises the most talented chefs. My first encounter with the Guide was learning about the late French chef, Joel Robuchon, when I attended Hattori Nutrition College. It left a huge impression on me as his public persona was very different with what one would commonly associate with chefs. It’s really about respectability.

How was it like when Sushi Kimura received a Michelin star this year?
I was definitely surprised as it was totally unexpected. We are a simple place with a small team and I feel very humbled that the inspectors enjoyed and recognised us as a world-class restaurant.

How did you celebrate this achievement?
We shared the special moment together with the restaurant team with a celebratory meal and lots of drinks.

As a chef, what does having a Michelin star mean to you?
It is a testimony to the persistence, commitment and dedication that I have endured since I decided to become a sushi chef more than 20 years ago.

How do you think having a Michelin star will impact your career?
It’s still the same for me and the restaurant because my focus is always to make nice sushi for my guests and to make them happy. We will continue to work hard with our different partners especially my fisherman friends to bring in the best possible ingredients.

What advice do you have for young chefs aiming for Michelin stars?
The focus should not be on recognition. First and foremost, one should have a steadfast commitment to the craft of cooking and dedication to customer experience.