When I visited Krug this summer in Reims, I was surprised by the elegance and modern feel of the property: a beautiful courtyard with meticulous landscaping, the freshly renovated buildings framed in red brick. Inside, gentle white, greys and tans are lit by sunlight filtering through soft white curtains. But then, in the tasting room, I discover a wall lined with clear bottles—those used for vins clairs—backlit in an array of pastel yellows and pinks. While I sip tastes of Grande Cuvée and the 2004 vintage, fortissimo music swells around me; I’m encouraged to close my eyes while I listen to compositions by artists commissioned to create music for the wines I’m drinking.

The composer of the Krug experience is the company’s President & CEO, Maggie Henriquez. She’s spent the last decade at Krug, coaxing it back from the brink of financial failure to its status as one of the world’s top Champagne houses. In 2018, the Venezuelan-born businesswoman was named President of Estates & Wines for LVMH, the luxury company which owns Moët & Chandon, Krug, Veuve Clicquot, Hennessy and Château d’Yquem, as well as other enterprises like the fashion house Christian Dior. 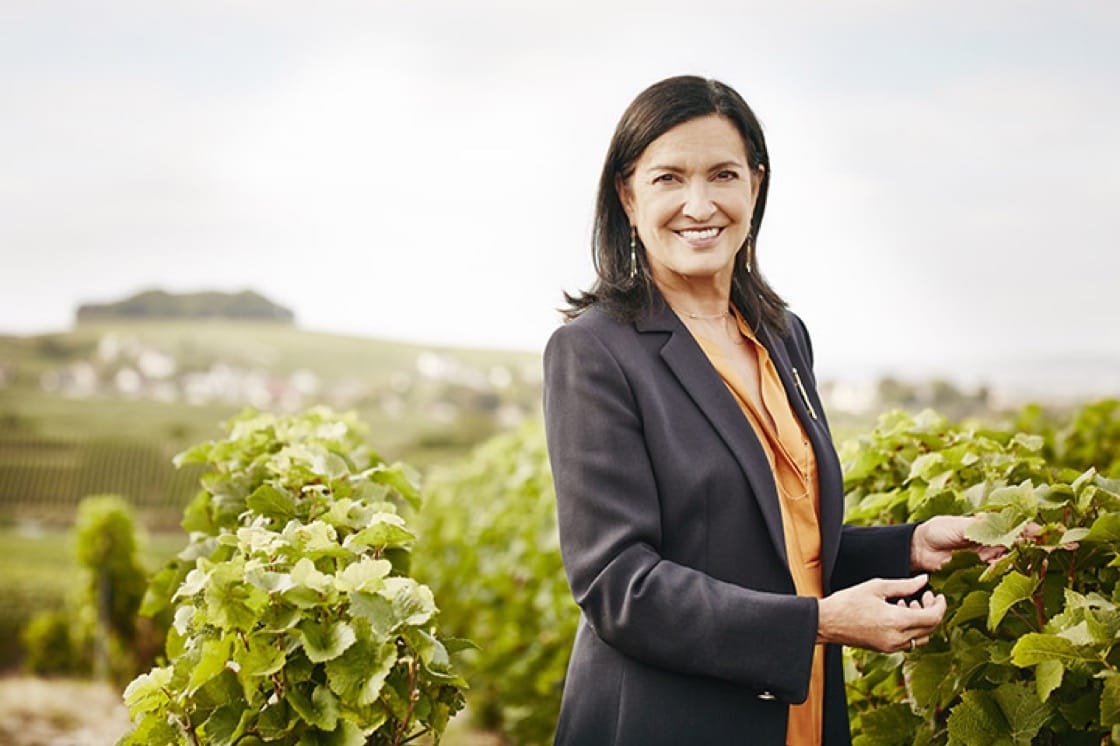 Maggie Henríquez, President and CEO of Krug, has spent the last decade coaxing it back from the brink of financial failure to is status as one of the world's top Champagne houses.

Having grown up with a father who was president of a wine and spirits production and distribution firm, Henríquez was no stranger to the world of wine or the world of business. She spent nearly three decades as the president of multinational companies like Seagram and Chandon in Argentina and Venezuela. She became renowned for developing strategies to manage companies that were in trouble. Within a year of taking charge of the Nabisco company in Mexico, which was reportedly losing $24 million a year, Henríquez returned the company to profitability.

In 2009, Krug was a failing luxury brand losing relevance and revenue during the global financial crisis—the company lost 35% of volume sales in 2008 and 40% in 2009. “I thought that doing what I’d done in the past to save companies would work at Krug,” she says. But Henríquez discovered an entirely new set of challenges. “That first year was a failure. I didn’t understand that luxury is a different business. Luxury doesn’t respond to a need. You can’t research what your customers want—you must create it.”

Henríquez set about studying every aspect of luxury, an entirely different concept from the mass market goods at Nabisco. She needed to develop a new approach to managing Krug. Researching the history of the house, she realized there wasn’t much information about Joseph Krug, the man who established the brand in 1843. “We didn’t know anything about our founder,” she says, explaining that luxury requires a founding myth, a link to the aura of history and tradition. “The stories are so important.” 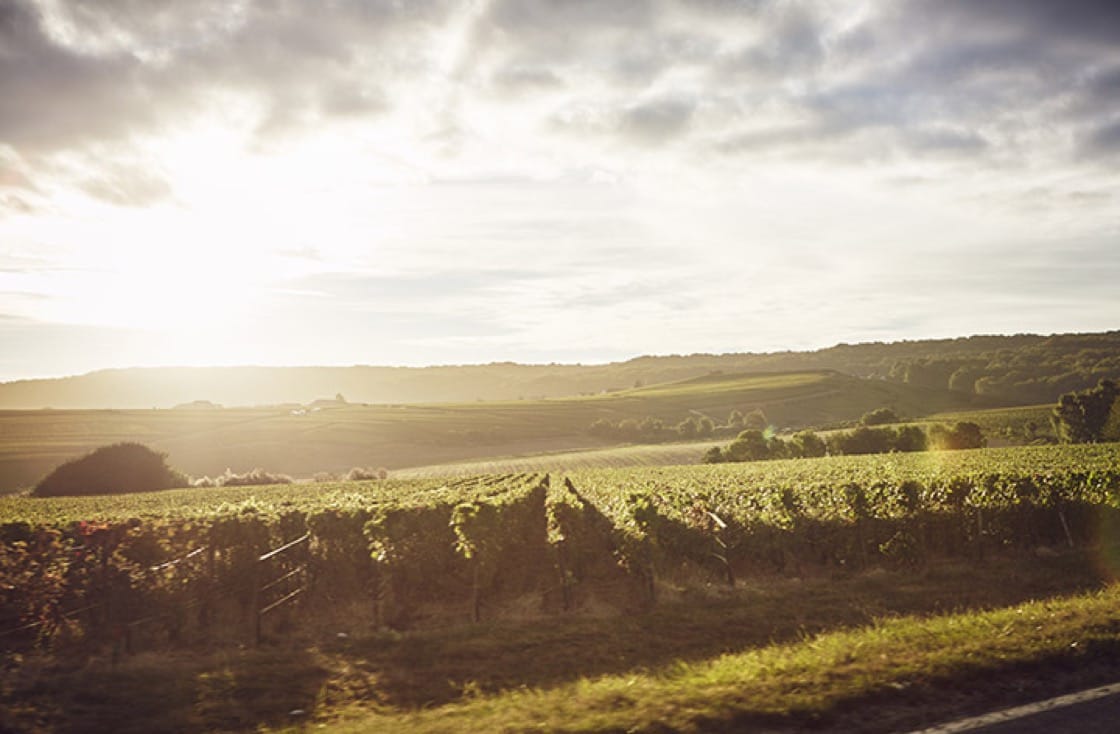 Henríquez set about studying every aspect of luxury, and developed a new way of managing the brand.

Henríquez hired a historian to research the history of Krug. Locked away in the estate was Joseph Krug’s red leather notebook. Originally from Germany, Krug had been a partner at Jacquesson before initiating his own eponymous Champagne house. In his notebook, he recorded the details of how he crafted his Champagnes and the philosophy behind them. Krug wanted to make great Champagne regardless of vintage—visionary in the area at the time, when poor vintages often resulted in poor wines. “Joseph Krug wrote that a good Champagne house had to offer great Champagne every year,” Henríquez explains. “This was unique in Champagne.”

Henríquez had hit upon the secret of luxury, particularly important for fine wine. “The stories are so important,” she says emphatically, reminding me of what sommeliers in the best restaurants around the world have also discovered: stories foster successful brands and are key to the success of luxury products. Stories provide a personal connection between the product and consumers. “Ten years ago at Krug, we only knew how to speak about the technical aspects of Champagne. When you speak in technical terms, you forget the why. But what you remember is the why. If the why impacts you, you never forget.”

As time went on, Henríquez discovered more stories she wanted to tell about Krug, especially about the Grande Cuvée, a blend created every year from more than 120 wines and 10 vintages—Joseph Krug’s vision of the great Champagne made every year. After tasting eight editions of the Grande Cuvée and noting their differences, Henríquez wanted to convey the differences between each edition of Grand Cuvée to consumers. “I was fascinated to learn how different each wine was,” she says. “I said, we should let people discover this!” She met with resistance at Krug. “People thought I was completely crazy,” she says. 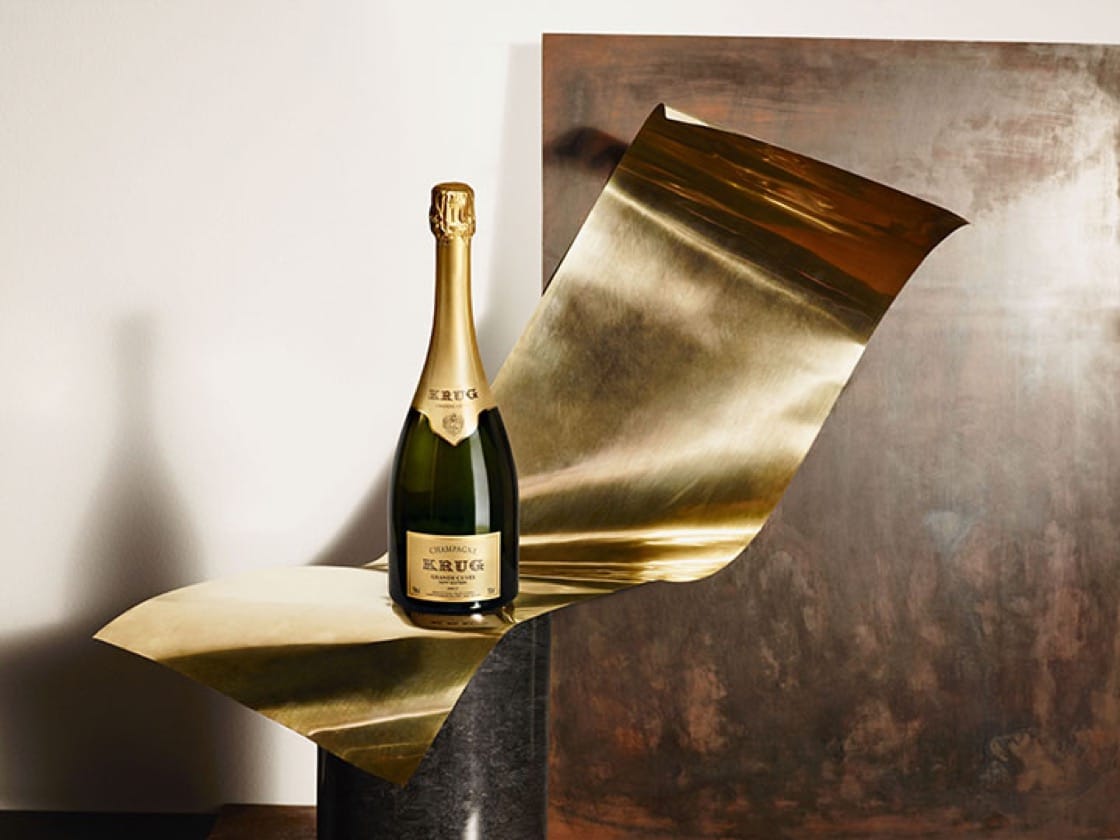 "Joseph Krug wrote that a good Champagne house had to offer great Champagne every year."

Henriquez persisted. “We were creating this multi-colored Champagne every year,” she explains, “but we weren’t telling the story. Which colors do you have in your bottle?” She came up with the concept of the Krug ID, a barcode on each bottle of wine that, when scanned, gives consumers information about their specific bottle of wine including the blend of grapes, the vintages included in the blend and the disgorgement date. Since its introduction, the concept has been widely heralded. “We live in an era of information,” Henríquez says, “People have the right to know about their product.”

“I love to solve problems. That is where I can become creative,” she says of the changes she’s made at Krug in the last decade. Music has become another important element of the Krug experience, part of her vision for the luxury house. “We select more than 100 wines to contribute to this symphony of Champagne,” she says of the Grand Cuvée. “Music brings everyone together. When you put on music while you drink Krug, it impacts your sensations. People start to connect with emotion and sensation—they forget about trying to know the technical aspects of wine and start enjoying the feeling. It changes the whole experience.”

Although she is dealing with luxury, Henríquez understands the value of making wine feel accessible to anyone. “I want to make people feel like they are the king of the universe in a tasting, that there is nobody better or worse. I like to feel like that. For example, I like opera. I don’t know anything about it, but I don’t like to feel that I don’t know anything about it. Champagne is the same.” Part of this instinct comes from the experience of being a woman and a mother. “The first laboratory of management for a woman is the house,” she explains. “Women in business are asked to be emphatic, to care for the employees, the planet, the universe. That caring informs our work.”

Like stories and the connections they foster, human connection is imperative to Henríquez’s success. “You must work by sharing your values and your objectives. You give your team independence and trust them, you can’t follow them into the world. You take time to build together the objectives and the values. In the end, everything is about human connection and human relationships—that’s what lets you grow.”