“My cuisine is one based on well-being—without salt, sugar and any added fat,” explains Sylvestre Wahid, chef of the gastronomic restaurant Sylvestre nestled above the brasserie of the Hôtel Thoumieux in Paris’s chic 7th arrondissement. “Why add butter to a piece of meat when its own fat suffices. Why imbibe a product with salt if its natural flavor is sublime?”

The 44-year-old chef has always believed that French cuisine can be both haute and healthy at the same time, and that simplicity and minimalism don’t preclude creativity. “Each one of my dishes is an encounter, a memory, an invitation to travel.”

Among the culinary encounters that diners at Sylvestre can experience is a roasted beet baked in a truffled brioche, or, another signature dish, his Roscoff tourteau, a layering of crabmeat, thinly sliced avocado, rockfish aspic and caviar. Two perfect fat green asparagus, steamed in a Japanese brasero are presented by the chef, before being delivered to the table, plated with an array of colorful herbs, slivers of dried tuna, strachino cheese and an emulsion of Riviera lemons. 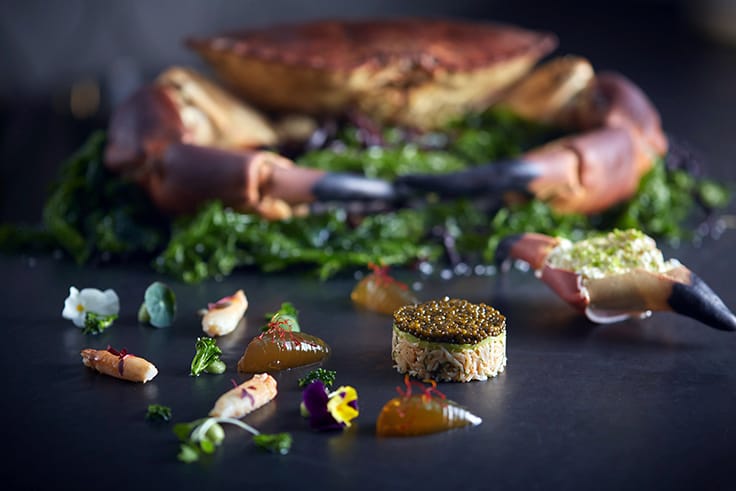 One of Wahid's signature dishes at the two-MICHELIN-starred restaurant is his 'Roscoff tourteau,' a layering of crabmeat, thinly sliced avocado, rockfish aspic and caviar.

These and other creations are served on enchanting hand-crafted plates in an intimate dining room with trellis-lined walls, orchids, undulating divans and deep banquettes—an elegant winter garden conceived by the famous architect/designer India Mahdavi.

This little haven of taste and tranquility is rated with two MICHELIN stars, which were earned by chef Wahid in 2016, less than a year after he took over the kitchens of Thoumieux following the departure of Jean-Francois Piège, one of the brightest lights in Paris’s culinary galaxy. It was a monumental challenge proposed to Wahid by Gilbert and Thierry Costes, owners of Thoumieux and the Beaumarly Group. Wahid had already gained two-MICHELIN-star status twice before in former establishments—in 2006 at the Oustau de Baumanière in Provence, and in 2012 at Le Strato at the chic Courchevel ski resort. But this was Paris and on turf marked by Jean-François Piège. “No one dared take over after him. Everyone thought I was crazy,” smiles Wahid. “A real challenge. But I always wanted to succeed in Paris, the capital of gastronomy.” His success was confirmed, not only by the critics, but by the public.

Born near the foothills of the Himalayas in northwestern Pakistan, Wahid has early olfactory memories of his grandfathers’ vast orchards lined with mango, guava and tamarind trees, the lentils cooked by his mother and yogurt-based sauces perfumed with cilantro and mint. 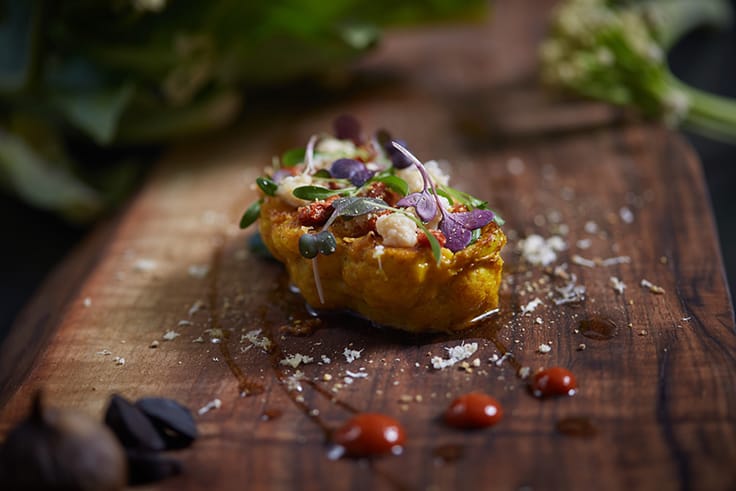 But he also remembers the dazzling image of the Champs-Élysées on the boxes of chocolates sent home to his mother and siblings by his father, a legionnaire based in France. The family arrived in France to take up residence with their father in 1984. The children took French names; nine-year-old Shahzad became Sylvestre and was enrolled in Catholic school. On weekends, he frequented the noncommissioned officers’ mess managed by his father where he first encountered the ingredients and dishes that are the essence of French cuisine. “I had tears in my eyes when I tasted my first mille-feuille,” Wahid remembers.

Already convinced that he would become a chef, Wahid left school at the age of 15 to apprentice at the renowned Cheval Blanc restaurant in the southern city of Nimes under the orders of Thierry Marx, today chef of the Mandarin Oriental Hotel’s two-MICHELIN-starred restaurant Sur Mesure.

In Paris, Wahid worked with other notable chefs including Bruno Cirino at the Royal Monceau, Alain Solivérès at the Vernet, and Alain Ducasse with whom he worked at the Relais du Parc and the Plaza Athénée before being sent to the (now-closed) Essex House restaurant in New York for four years.

“Some great chefs have believed in me in the past; they didn’t care where I came from. I thank them today,” wrote Sylvestre recently. “Now, here, it is my turn to transmit this knowledge and do it in the most beautiful way possible, the most personal way, the right way, with devotion and humility.”