Chef Gaggan Anand: The Future of Restaurant Gaggan & His Views on Dining in Bangkok

Outspoken and to the point as usual, we sit down with Chef Gaggan Anand for a candid interview on the next generation of stars in Thailand and what diners can expect from him in the next 12 months.

With media stardom, numerous awards and his reputation as a rule-breaking innovative chef, it’s no surprise people want Gaggan on their resumes. From this year’s crop of Michelin stars, the Sühring brothers (Sühring – two Michelin Stars), Garima Arora (Gaa – one Michelin Star) and Jimmy Ophorst (PRU – one Michelin Star) have all at some stage had associations with Gaggan and right now he could not be prouder.

“Look at Garima… 1.3 billion people in India and she’s the first female Indian chef with a Michelin Star! I knew she could do it from the beginning.”

“Beyond Garima, I am very proud of all their successes. I could have been a 80s or 90s chef and open many restaurants and try to get 8 or 9 Michelin Stars. But I didn’t do it this way because I can’t do baby-sitting: I'd rather be an incubator and investor of talent.”

“These guys are grown-ups, they have their own minds on the plate and they’re learning their way to go up. At the end of the day, I just pass on what I’ve learnt in the last ten years in Bangkok and leave the rest up to them.” 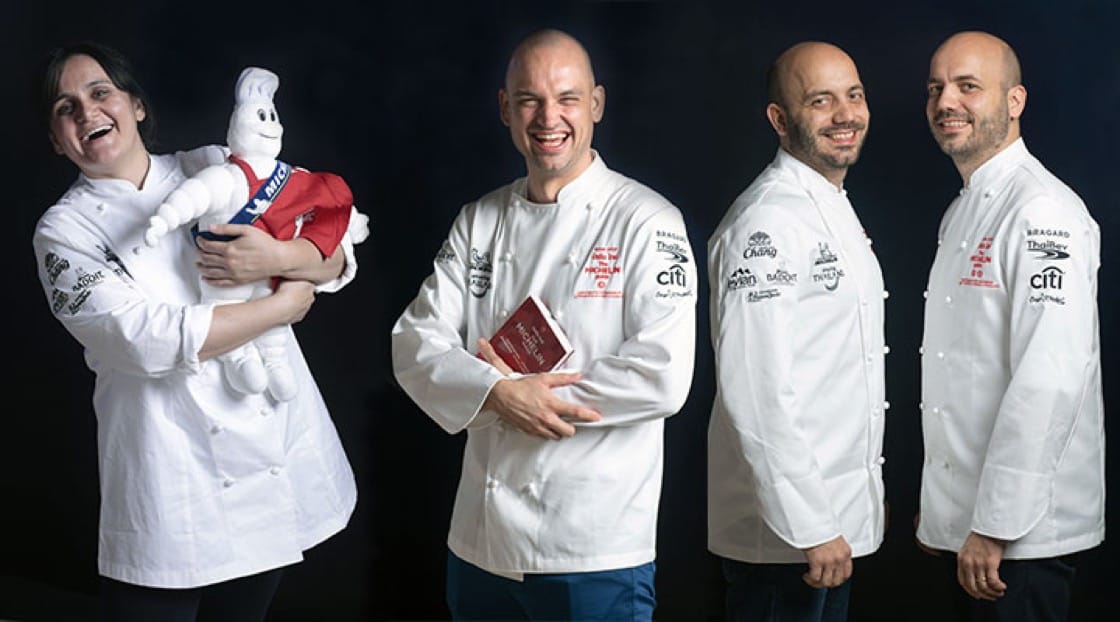 Reflecting on this year’s MICHELIN Guide Thailand, Gaggan says the selection overall has been fair and good for the industry and customers.

“I now have five or six new Thai restaurants to try, so Thai cuisine rules and that’s amazing. I wanted more in Phuket, but we’ll see what happens next year.”

“The biggest change because of Michelin is that people will not come to this country for cheap Charlie Thai food anymore. I mean yes there’s Bib Gourmands for that, but young chefs are doing Thai cuisine for one or two tables and not en masse. I only hope that there’s a two star Thai restaurant in the near future.”

Now into his 40s, a father, a chef and a manager of businesses, Gaggan says the biggest change has been his routine and mindset.

“I try to get more sleep, see my daughter off to school and cook at home more.”

“My cooking philosophy hasn’t changed but I think I’ve become emotionally more stable. I’ve been in the public and media a lot and people look more closely at what I do. These days I try to do what I want in a more stable way.”

“For example, if I had lost a star or something like that, I would have had a different reaction in my 30s. In my 40s, I’ve learnt from the last 10 years and now deal with negativity in another way.” 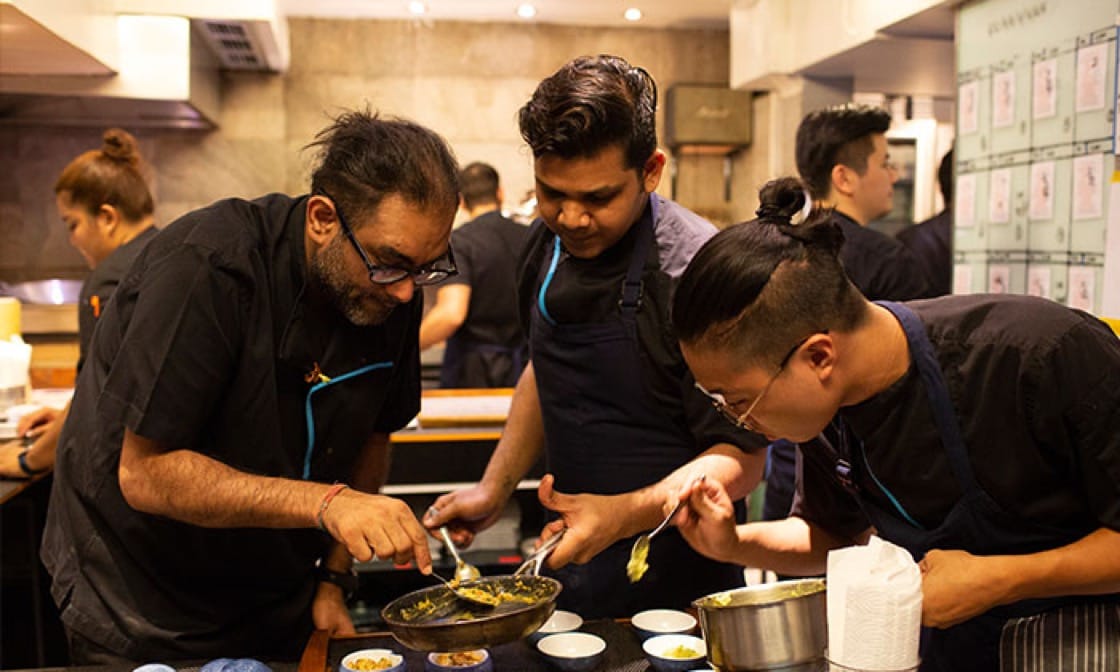 Chef Gaggan Anand (left) during service with his team at Restaurant Gaggan.

Despite his successes and the evolving landscape of the dining scene in Thailand, Gaggan says he is still very much motivated about his cuisine and the ultimate accolade of three Michelin Stars.

“What inspired me when I opened the shop in 2010 was to break even and get my money out.”

“Since 2010, I’ve seen and have been a part of this amazing gastronomic change in Thailand. What keeps me going today is the fine-dining changes and the scope of fine-dining in Bangkok. Look at this crowd of starred chefs today, there are not many with grey hair.”

“I’ve stated that I am leaving Bangkok, not as a person but as a chef and I want to be the first Indian three star Michelin chef. I hope I can achieve this with the restaurant that has my name on it in Bangkok.”

For fine-dining lovers locally and abroad the coming months will represent a very exciting time at Restaurant Gaggan.

“I’ve challenged myself to make the four or five best menus of my life in the time I have left in my restaurant in Bangkok.”

“To do this I am going to cut down on the travelling and cook in my own kitchen. This year I have not been very present at Restaurant Gaggan and I intend to change that for next year. I have to go back to the kitchen if I am going to create the best dishes of my life – I need to be in the kitchen.” 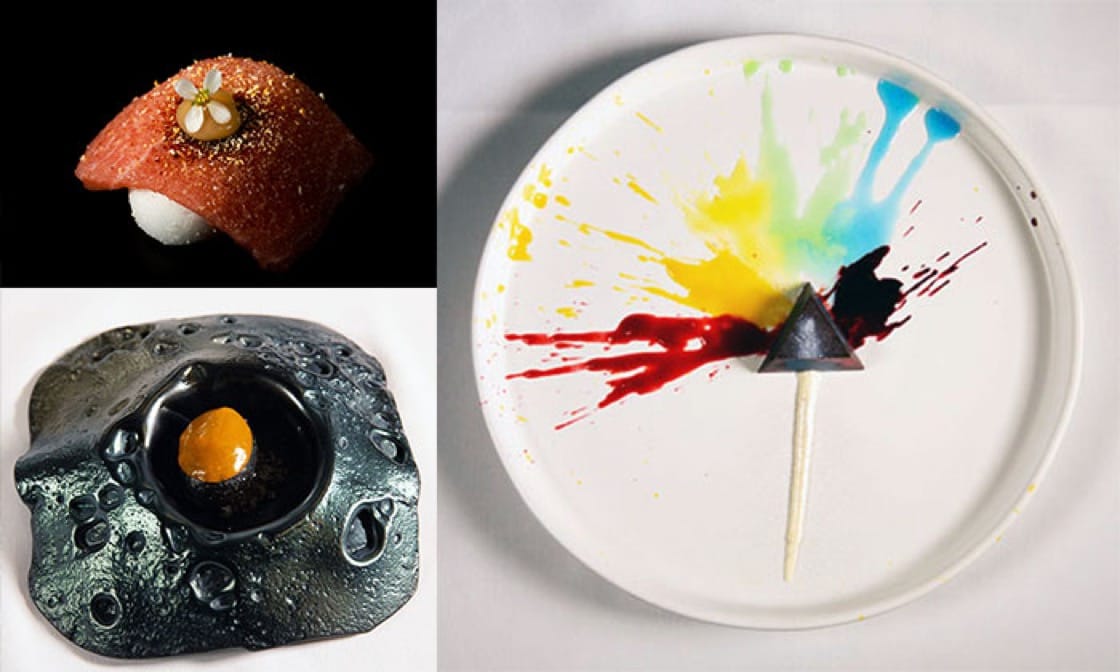 Customers are expected to have their sensors pushed at Restaurant Gaggan.

Here’s what our inspectors said about Restaurant Gaggan (Two Michelin Stars)
Chef-owner Gaggan Anand takes Indian cuisine to a rarely seen level and one that is pure alchemy. His artful dishes are original and creative, with a wonderful blend of textures, flavours, and delicate spicing. To see the dishes unfold before you, ask for the counter. It's a feast for the senses as dishes are delivered at a rapid pace by the passionate staff. With 30 chefs in the kitchen there's plenty of manpower on hand to deliver a memorable experience.