The First Day I Got My Michelin Stars: Aska's Fredrik Berselius

Fredrik Berselius is a very ambitious man. After moving stateside from his native Sweden in 2000, the list of venerable restaurants he has cooked at include Aquavit, Per Se and Corton. (This doesn’t include his stages at various restaurants in London, Copenhagen and Stockholm.) 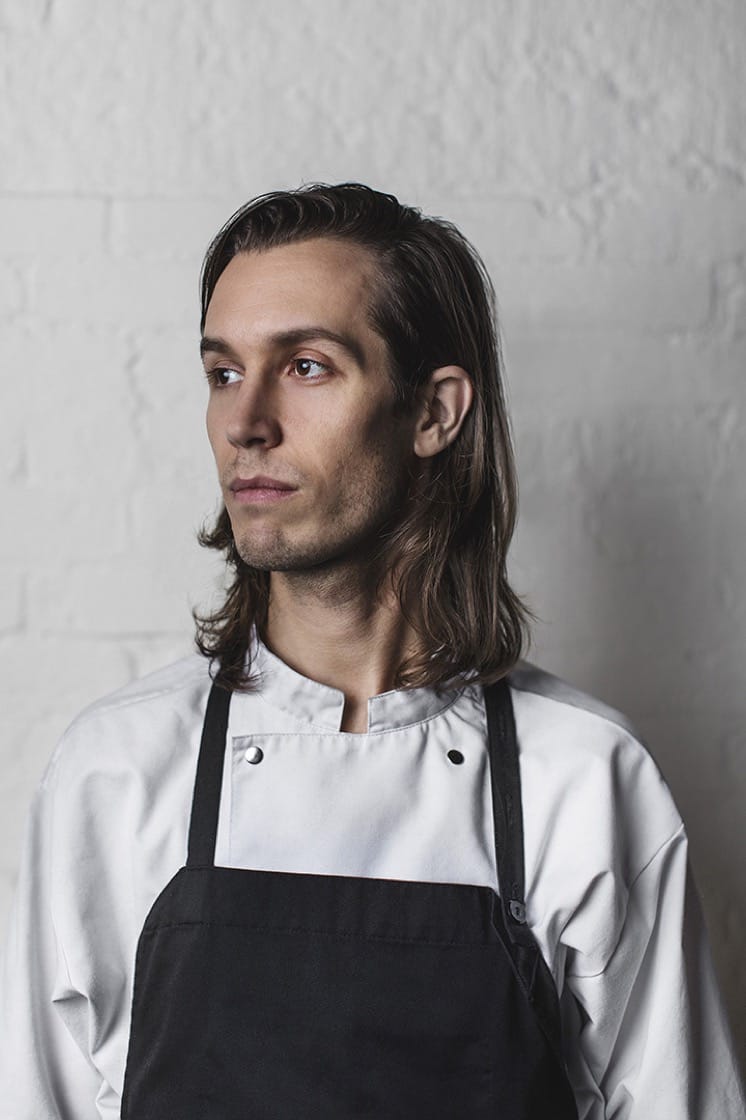 When Berselius left his post at Corton in 2012 to open up his own restaurant—right when New Nordic cuisine was beginning to thrive in New York City—diners anxiously-awaited the opening.

At first he started small, hosting a pop-up of tasting menus at the short-lived Frej with chef Richard Kuo three days a week. Finally, Aska—Swedish for “ashes”—opened at the tail end of 2012, offering cuisine inspired by both Berselius’s background and the local environment of Brooklyn. Popular menu items included pig’s blood crisps with sea-buckthorn berry and the potatis dumpling. Not long after, Aska earned its first Michelin star.

Suddenly, almost without warning, Berselius closed his restaurant in March of 2014, “to avoid stagnation and to keep challenging himself in the kitchen,” per the New York Times. Due to New York City real estate delays, Aska didn’t reopen until the summer of 2016. The new restaurant, located in an intimate space next to the Williamsburg Bridge, has only 10 tables up for grabs every night plus a spacious garden and basement lounge. 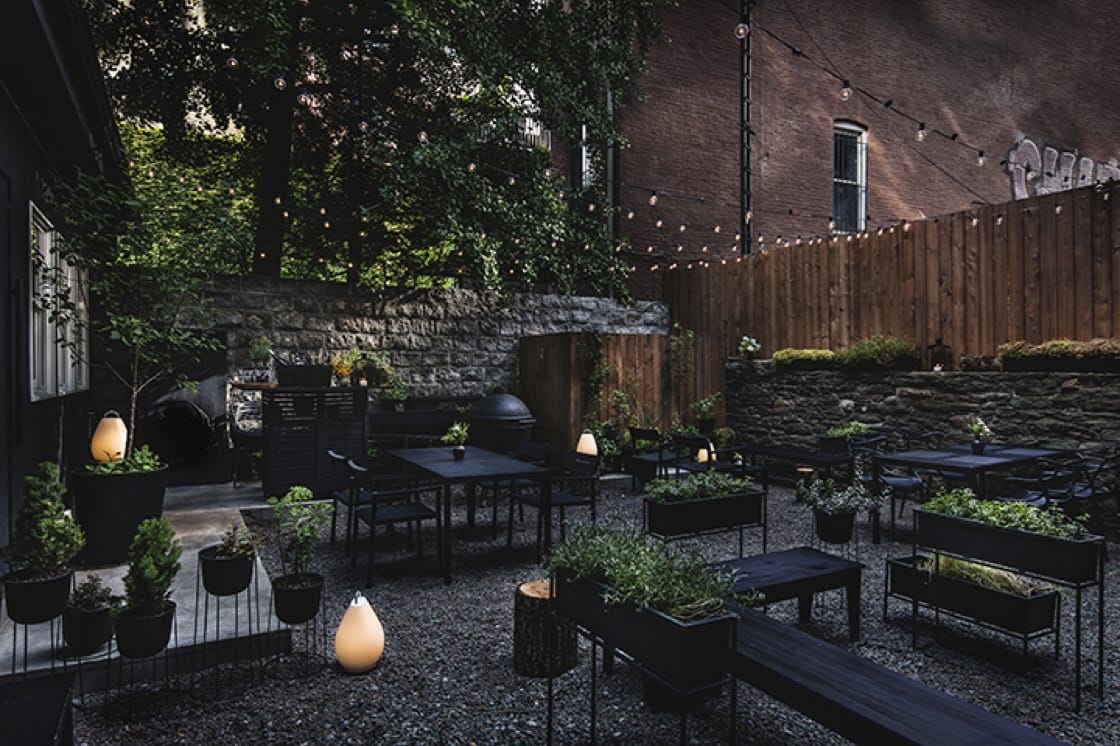 Aska earned its second Michelin star four months later, and there seems to be no slowing down.

Here, we asked Berselius to reflect on what it was like to get the call:

What was your first encounter with the MICHELIN Guide?
There was a restaurant close to where I grew up, just outside of Stockholm, that had two stars in the Guide. At the time I first remember hearing about it, it was the only restaurant in Sweden to hold two stars. The restaurant and dining room was essentially a quaint little house situated on the border of a park surrounded by large chestnut trees. In the fall, the ground would be covered with spiky fruits; we would often drive past it on our way to soccer matches or when going for long walks. I always wondered what was going on behind those walls, because you could somehow sense there was something very special happening inside.

When I really got into cooking, I heard more stories from fellow chefs of Michelin-starred restaurants and I was fortunate to be a part of several kitchens over the years receiving star recognition in the guide. I was working at Per Se in New York when they first received 3 stars in 2005—it was a special moment to be a part of.

What were your thoughts when you knew you received your two stars in the new location?
I was totally over the moon and a bit taken aback. It was just an incredible moment for the entire restaurant team and the biggest professional achievement in my career. We are definitely an ambitious restaurant, yet also a risk-taking one in many respects, so being recognized in this way means so much. 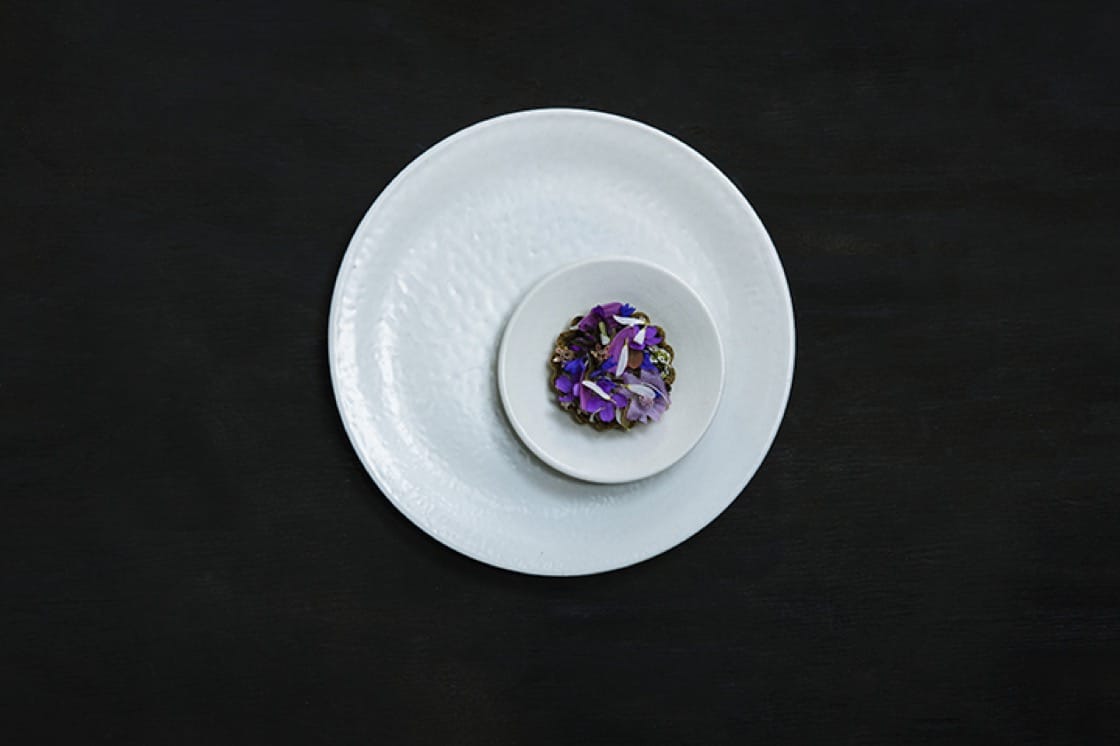 How did you celebrate?
The entire team celebrated with Champagne that evening. There were feelings of complete joy and happiness, also mixed with a degree of pressure that comes with the recognition, as well as hugs and congratulations all around. We became immediately busier than we had ever been before and so we went straight back to work in order to rise to the occasion. We just had a staff party to celebrate our one year of being open and all the accomplishments of the team. I am so proud and honored to work with everyone and think it’s really important to make the time to recognize everyone’s work and celebrate our success together.

How much influence/inspiration does the MICHELIN Guide have on your career?
It has been an incredible milestone for me, and Michelin has been a guide to set the bar for restaurants since long before my cooking career started. I use the Guide myself when traveling and seek out restaurants of a certain caliber.

How will having a star change the direction of your restaurant?
It keeps us striving to always maintain quality and never take a moment for granted. Everyday we go into the restaurant with a mindset to make that day’s service the best we have done so far.

What advice do you have for young chefs aiming for Michelin stars?
Follow your instincts and listen to your heart. Be genuine and never sacrifice quality. Take the time to develop your skills and work hard for what you believe in.

All images courtesy of Charlie Bennet.