Every day’s a good day when you get to eat out for your job – well, nearly every day anyway!

But is there one day which stands out above all the rest?
Some of the UK & Ireland’s MICHELIN Inspectors spill the beans…

A trip to Italy

Waking up to the ringing of the Duomo bells and looking out onto the quaint cobbled street in Orvieto, Italy, I didn’t have a clue what the day ahead would bring. All I knew is that there was no way it could possibly top the previous week’s dinner at Le Louis XV - Alain Ducasse in Monte Carlo, followed by lunch the day after at Osteria Francescana in Modena. How wrong I was!

I was on a trip with three other inspectors – one French, one Spanish and one German – and after a delicious breakfast we met at reception to find out that the next stop on our ‘magical mystery tour’ was to be Florence. 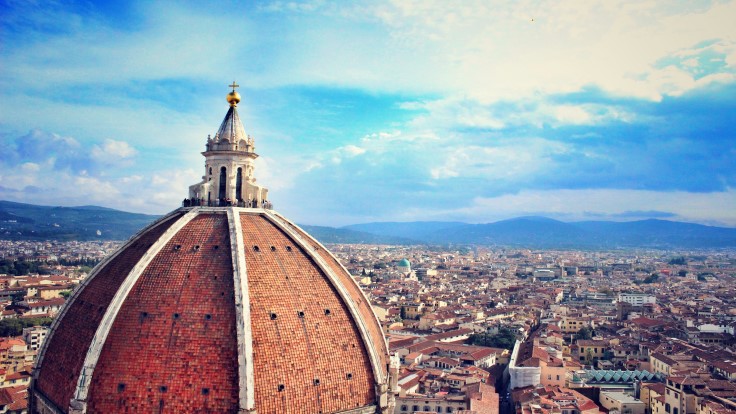 From my first sight of the Gothic beauty of the Basilica di Santa Maria del Fiore, to the charming Ponte Vecchio and the statues of the breathtaking Piazza della Signoria, I was in awe of this amazing city. But as wonderful as it was, we weren’t there for the scenery; we were there to eat. 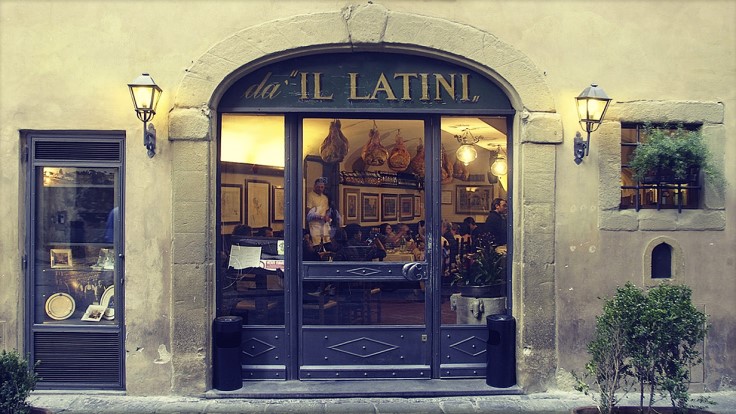 Lunch in Il Latini was a masterclass in Italian hospitality; it had just gone 12pm when we arrived but the place was already packed out and I was fascinated by the mix of different customers, from students and families to couples and professionals. There was no menu and we simply ate whatever was brought to the table; be that beautifully fresh pasta, hams which hung from the ceiling or plate after plate of delectable roasted meats – all accompanied by flasks of local wine, ‘weighed’ in the amiable host’s arms to estimate their price. 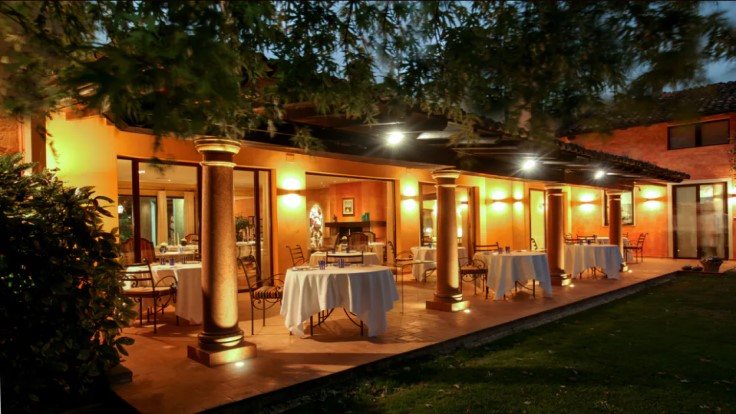 After lunch, we headed north in the car and at 6pm I was told that our evening was to be spent at MICHELIN Three-Starred Dal Pescatore.

All I can say is, what an evening! It’s a magical place and the service by the Santini family was so genuine and warm-hearted. I remember Nonna Bruna’s tortelli stuffed with pumpkin, amaretto and Parmesan being sublime – and the experience was made all the more special because the lady herself was in the kitchen that evening, which even turned out to be her birthday!

I have returned to Italy many times since, but nothing ever lives up to the memory of this particular trip. 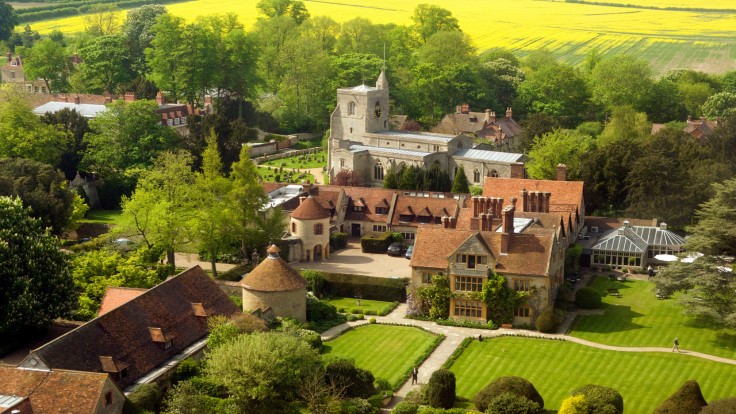 I am obsessed with food and have been from a young age; growing up, my bedroom walls weren’t filled with the usual posters of pop stars but with menus from the UK’s best restaurants. My heroes were the Roux brothers and Raymond Blanc – and there was nothing I liked better than to watch Grace Mulligan on Farmhouse Kitchen before trying out the recipes myself.

Naturally, I followed my interests to establish a career in hospitality, and over the years I was lucky enough to work in several of the restaurants whose menus had had pride of place on my wall as a kid.

There have been many highlights in my career as a MICHELIN Inspector, but one of my best memories of my job came the first time I dined with a colleague at Le Manoir Aux Quat’ Saisons. 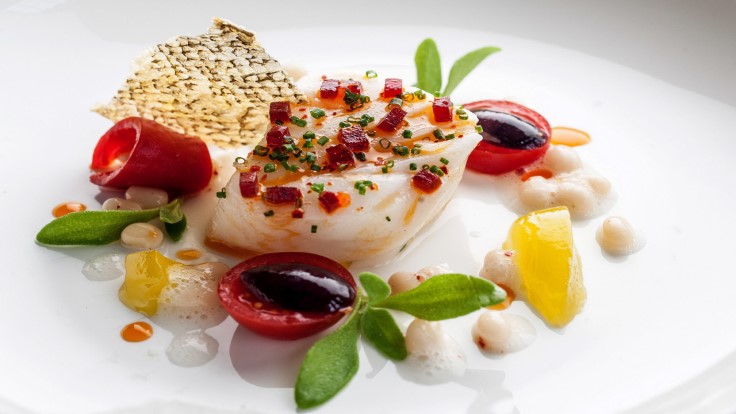 Dinner in this luxurious, quintessentially English country house was exquisite – skilfully executed and full of intense flavours – but the icing on the cake was meeting Raymond Blanc the next day.

Over the course of several hours, this talented, passionate Frenchman proceeded to explain the ethos of Le Manoir in great detail to me; from his mantra of seasonality and the importance of the kitchen garden, down to the changing varieties of courgette grown in line with the seasons in order to maximise their flavour.

Conversing about my favourite subjects with such a chef and spending time in his kitchen garden was an absolute joy – and something I look back fondly on to this day. 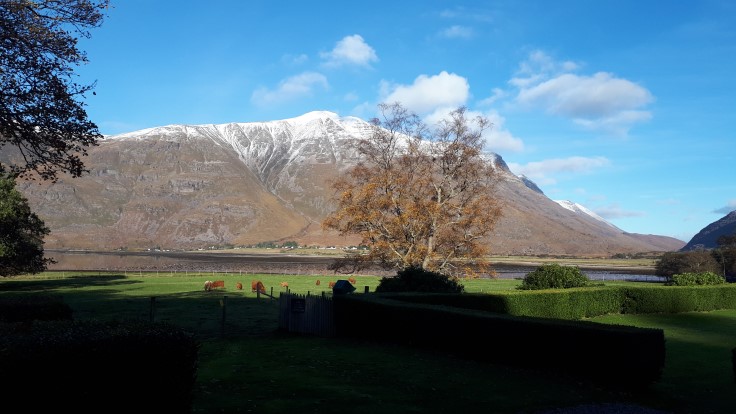 Driving the West Coast of Scotland

One of my most memorable days as a MICHELIN Inspector was spent motoring along the west coast of the Scottish Highlands, stopping off for lunch on the way.

I had spent the night in picturesque Plockton, a tiny fishing hamlet in a sheltered bay overlooking Loch Carron – known previously to me only as the location for the television series Hamish Macbeth, which I’d watched as a child – and as I left here, I had no idea quite how spectacular the scenery was going to become as my day progressed.

I’d booked to eat lunch in Applecross and, to get there, rather than take the road that wound its way along the coast, I’d decided to cross the Bealach na Ba mountain range, also known as the Applecross Pass.

A single track road with tight hairpin bends and a super-steep gradient – the greatest ascent of any road in the UK – this was certainly a drive to remember, and the views at the top, out over the islands of Raasay, Rona and Skye, took my breath away.

After a seafood lunch in Applecross, I headed north towards Fearnmore, where the road – one of the highest in the UK – reaches over 2000ft above sea level, making for uninterrupted views out for miles towards the Outer Hebrides.

By mid-afternoon, the sun was positioned westwards, shining down onto the water below and, as I began my descent along the shores of Loch Torridon, with the scents of seaweed and pine coming in through the open windows, I felt as if I didn’t have a care in the world.

Dinner was to be followed by an overnight stay at the Torridon Hotel; a majestically turreted former shooting lodge built by the first Earl of Lovelace, and sinking into a chair in front of the fire with a drink and a menu, I reflected – not for the first time and nor for the last – that I was incredibly pleased I’d applied for the job of a MICHELIN Inspector.

Behind The Bib Michelin Guide