From matcha to sencha, longjing to genmaicha, here are 7 types of green tea.

While the West has been catching up with their black (read: fermented) teas, East Asia—more specifically Japan—has been exclusively exploring green, or unfermented, teas. Though the Chinese have some notable green teas in their arsenal, it's fair to declare that the Japanese truly champion the green tea cause.

Green tea is a category as broad as white wine, and the quality varies drastically from standard supermarket boxes to the kind used in traditional Japanese tea ceremonies. That said, teas that are only made from leaves that have been steamed and roasted immediately after they are picked can be considered green.

Without further ado, here's a primer on seven types of green teas to know about. 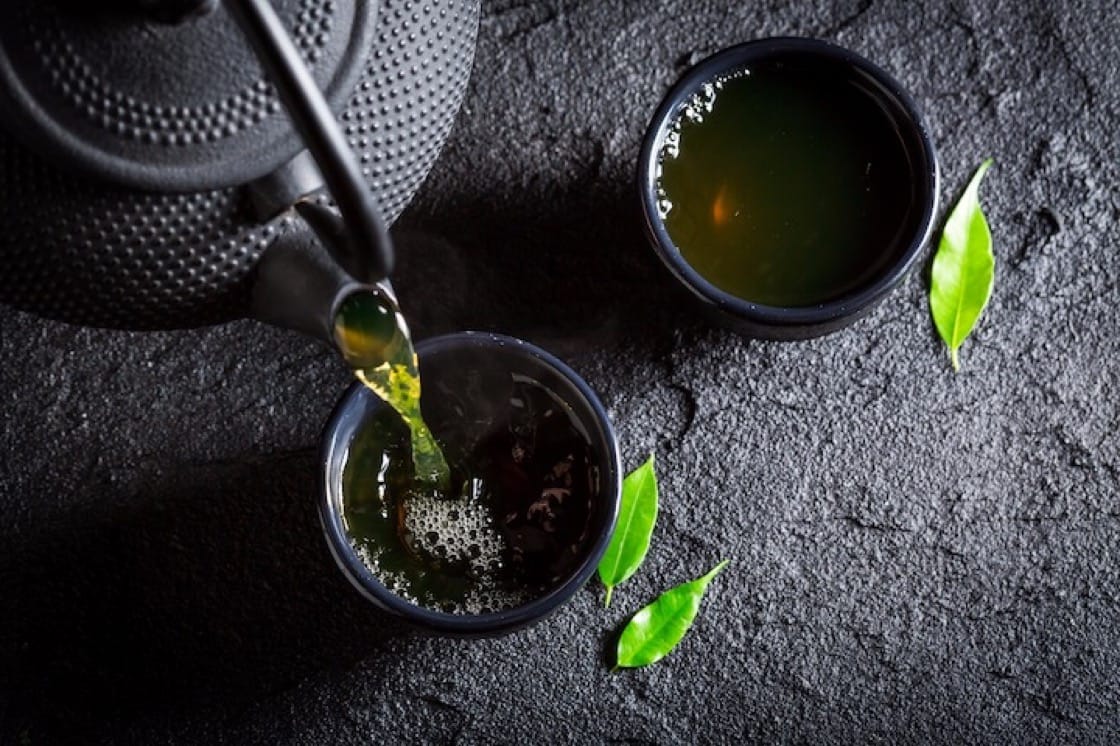 Gyokuro
Also known as Jade Dew to those in the trade, gyokuro is a type of shaded green tea. (This means the gyokuro tea bushes are covered with a cloth or screen, shielding it from the hot sun for the three weeks it has to grow.) By limiting the amount of light, the generation of catechins from amino acids is suppressed, resulting in a tea that is smooth, light and with a surprising amount of depth.

Genmaicha
Its name gives us a hint as to what this green tea is made with; genmaicha literally translates to "brown rice tea.” Unprocessed brown rice is first soaked and steamed before getting roasted, popped and mixed with a type of green tea—typically sencha—at a 50:50 ratio. The final product is a deliciously toasty, nutty full-bodied tea that's a touch on the savory side. 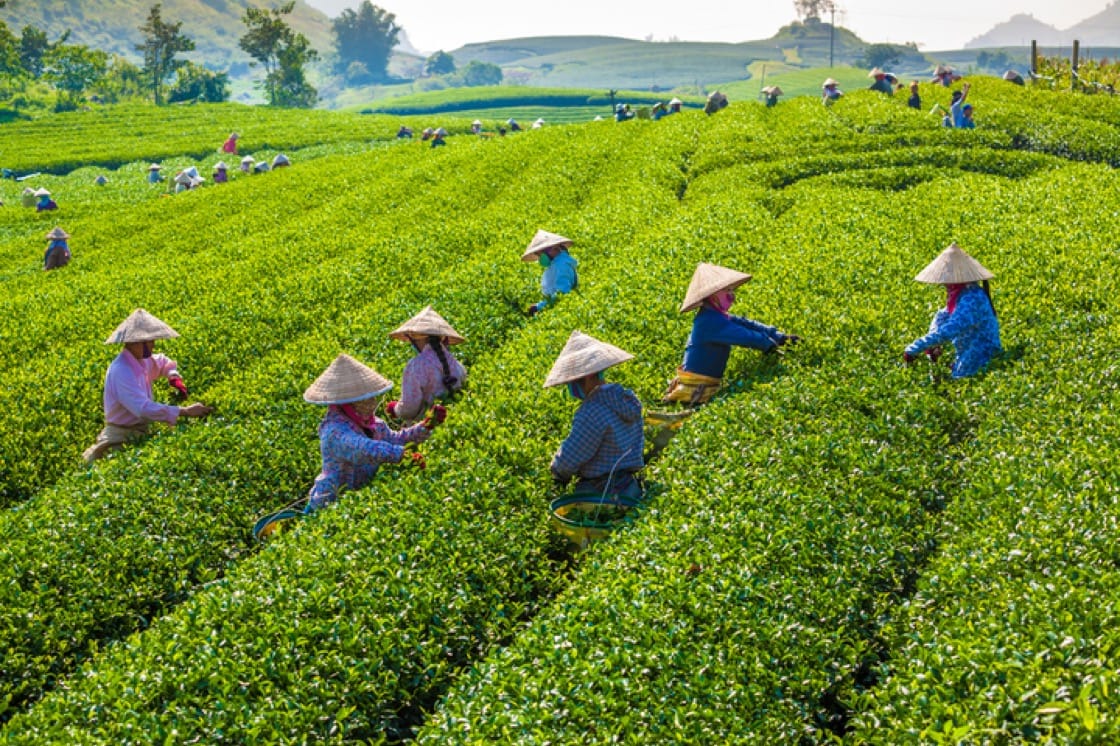 Sencha
If you're presented with a cup of green tea at your regular sushi hangout, chances are you're getting sencha. The popular Japanese green tea is prepared by infusing processed whole green tea leaves in hot water (158˚ to 167˚F, never boiling).

Biluochun
Green tea may have found its calling in Japan but it's worth noting that the origins of green tea can be traced back to China. While the Chinese seem to favor fermented teas such as pu-erh and oolong over the fresh, fruity greens, the country is home to some truly exceptional green teas; the biluochun is one example. Grown in the Dongting mountain region near Lake Tai, Jiangsu, the biluochun—which translates to "green snail spring”—is named for the shape it is rolled into: a tight spiral resembling the shell of a snail. 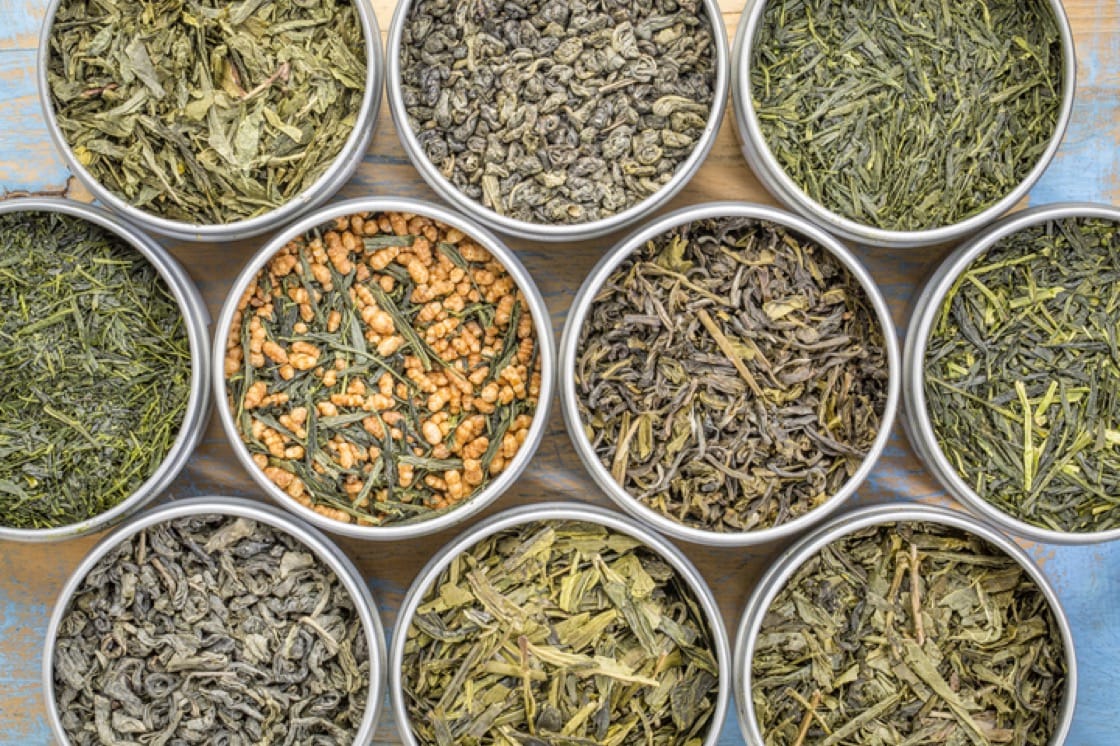 A variety of loose green teas.

Hōjicha
This type of green tea is often confused for a genmaicha, as both teas exhibit beautifully toasty, caramelly notes. But unlike the genmaicha, which is made with roasted brown rice combined with a green tea like sencha, hōjicha is prepared by toasting the tea leaves themselves.

It is said that the tea was born from humble beginnings; tea merchants in Kyoto were looking for a way to make use of old green tea leaves and one thought to roast them over charcoal, which resulted in a toasty, mellow tea that pairs exceptionally with both savory and sweet dishes.

Longjing
Another product of China, Longjing, which literally translates to "dragon well," is said to have been named after the eponymous well located near Longjing village, where the tea originated from. The tremendously popular tea was granted the status of imperial tea during the Qing dynasty, and continues to be one of the most sought-after teas in China. Quality Longjing teas are expected to be tender, whole and uniform, yielding a mild and sweet flavor with underlying notes of chestnut. 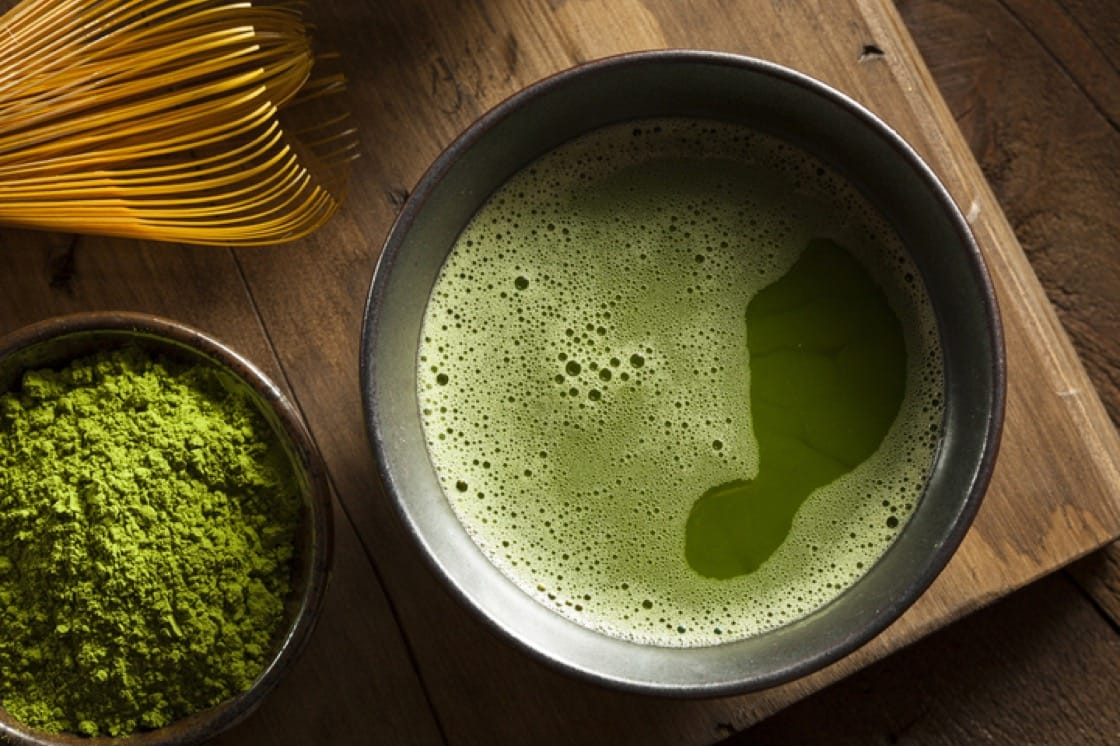 There are two main ways to prepare matcha for tea ceremonies.

Matcha
Though this green tea requires no introduction—and the fact that we've had the liberty of consuming it in pastries, cookies and ice creams—we don't know much about where it comes from. Matcha is made from the same shade-grown tea leaves that are used to make gyokuro. The leaves are grown in the shade for three weeks before getting picked; their veins and stems are then meticulously removed and then steamed, roasted and stoneground up into a powder. (That said, if you come across bags of tea leaves masquerading as matcha, run.)

Making a refreshing drink doesn’t get any simpler than adding cold water to tea leaves—and it’s all the rage at the moment.

Pay a visit to one of these tea houses this weekend for a carefree afternoon.

Learn how to infuse and appreciate this rare tea with tips from the TWG Tea Institute.

6 Coffee and Tea Pairings for Passover and Easter Desserts

Here’s what to serve with your Easter and Passover favorites.