Behind the Bib: Maude's Liquor Bar

Date night is calling at this West Loop hotspot.

Backed by Brendan Sodikoff of fellow Bib Gourmand designee—and neighboring favorite—Au Cheval, rustic French classics are what you’ll find at Maude’s Liquor Bar, the dimly-lit, intimate haven on West Randolph in the West Loop. Inspired by bistros of the early 20th century, the two-story space is bedecked with antique French metal chairs, books and mirrors, making it the proper den for a stellar cocktail or date night. 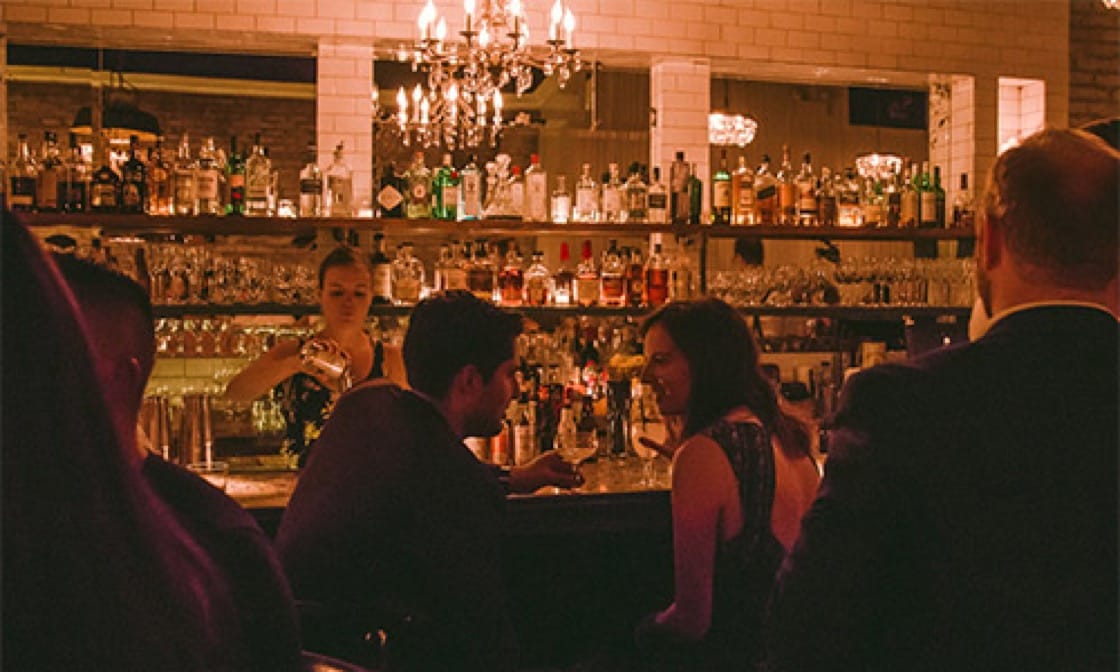 And on any given night, the masses flock to the cocktails at Maude’s, which are both contemporary and classic. Look for an entire section dedicated to Smashes, while stirred libations include the Sazerac, Boulevardier and Vieux Carré. Shaken cocktails include the Eastern Sour, made with Suntory Toki Whisky, ginger and lemon, and the Lion’s Tail, featuring Evan William’s Bourbon, allspice dram and lime.

“Head to the second-floor bar to snack on oysters and frites, or fill up on Francophile comfort food under the glow of mismatched crystal chandeliers,” suggest Michelin inspectors. The food menu includes contemporary and classic takes on French cuisine as well. “Traditional” French dishes include cassoulet, escargot and the show-stopping three-tiered seafood tower, while pork paillard with sauce gribiche, arugula and mint, and French onion fondue are featured on the “Almost” French portion of the menu.