On July 22, 1917, King Rama VI declared Siam would go to war with Germany and Austria-Hungary, officially entering World War I. Since Thailand was the only Southeast Asian country to enter the conflict entirely on its own will, a humble roundabout, aptly named Wongwian 22 Karakadakhom (July 22 Circle) was built to commemorate the feat.

Lined with gracious two-story Chinese shophouses, the neighborhood today connects Yaowarat Road and is a 10-minute walk from Hua Lamphong train station. Despite its bustling surroundings, Wongwian 22 remains somewhat of an insider's secret, sheltered by less-developed side streets. However, with an influx of uber-hip cocktail bars and the uncovering of local gems by discerning foodies, it is getting way too cool to stay on the DL for long.

Retro-chic 103 Bed and Brews is a six-room boutique hotel whose bottom floor is dedicated to a seriously cool café. Here, various cold brew coffees and Thai microbrews are on tap. Think kumquat and tonic-spiked nitro coffee in a space that houses both colorful abstract paintings of donuts, and a couch straight out of a Shanghainese mansion. Get your caffeine fix here before a day of eating around the neighborhoods. 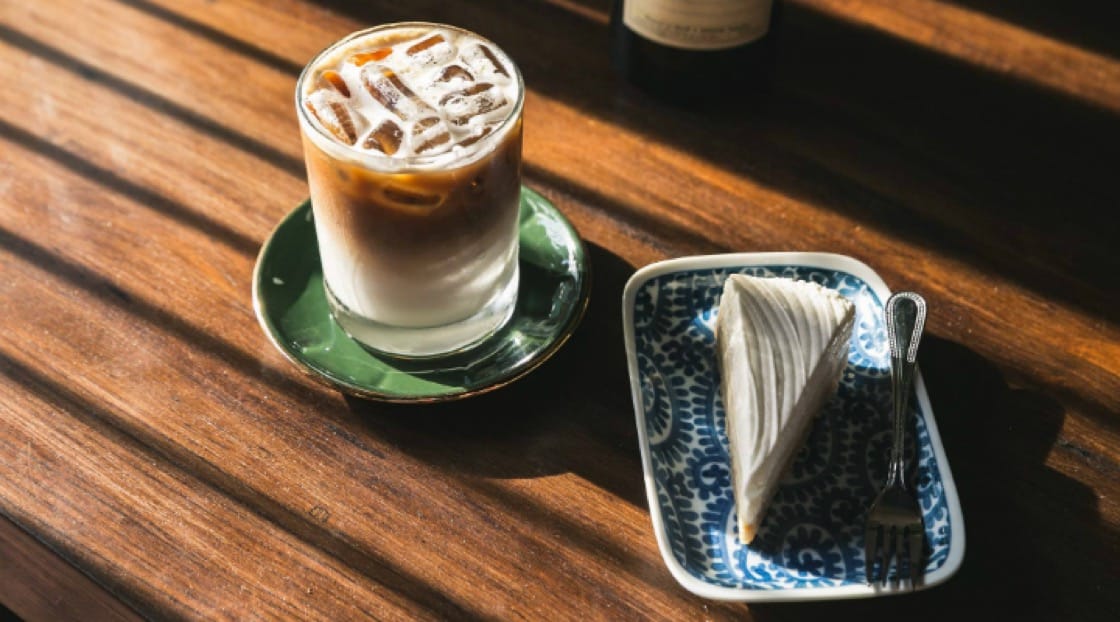 Tang Bak Seng, absolutely-no-frills fish ball noodle shop. Starting from 10am, the three notoriously impatient sisters who run the shop begin dishing out legendary bowls of fish ball soups with various noodle bases. The crowd varies from elegant ladies clad in jewels to motorcycle drivers making a pit-stop in the name of tender fish balls. Get there early, supplies are usually out by noon. 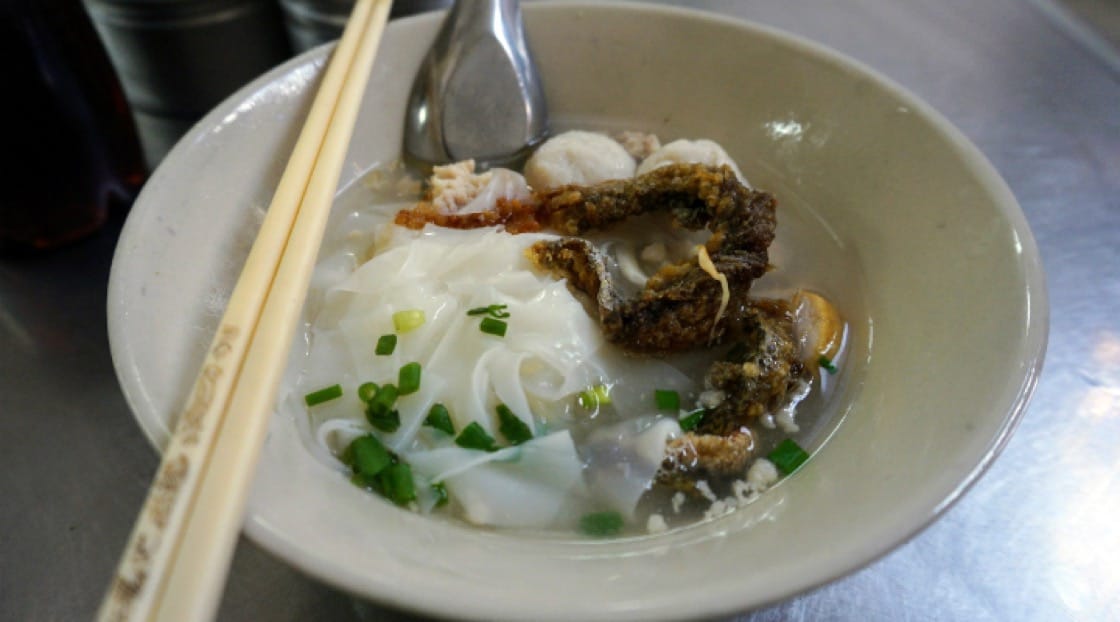 For serious eaters, Lieo Lieng Seng serves Chinese fare with a distinctively Thai history. The restaurant first opened in 1891 with the financial support of King Rama V’s family. The Chinese immigrant who opened the restaurant created a name for himself by serving meticulously prepared dishes from Chaozhou (Teochew) in his unassuming home kitchen near Ratchawong Pier. Today, after relocating twice, the grandson of the owner can be found carefully mincing his own meat and combining ingredients to make clay pot stews in the family’s shop on Rama VI, where they’ve been for the past four years. Still, it’s all quality over quantity here, and with only the chef and his 14-year-old son in the kitchen, dishes take their time to get to the table. But one thing that conveniently doesn’t require any wait time is the shop’s claim-to-fame durian ice cream. Although famous for having been enjoyed by the late Rama IX, the sweet and pungent treat is a favorite among even the most uninformed tourists. 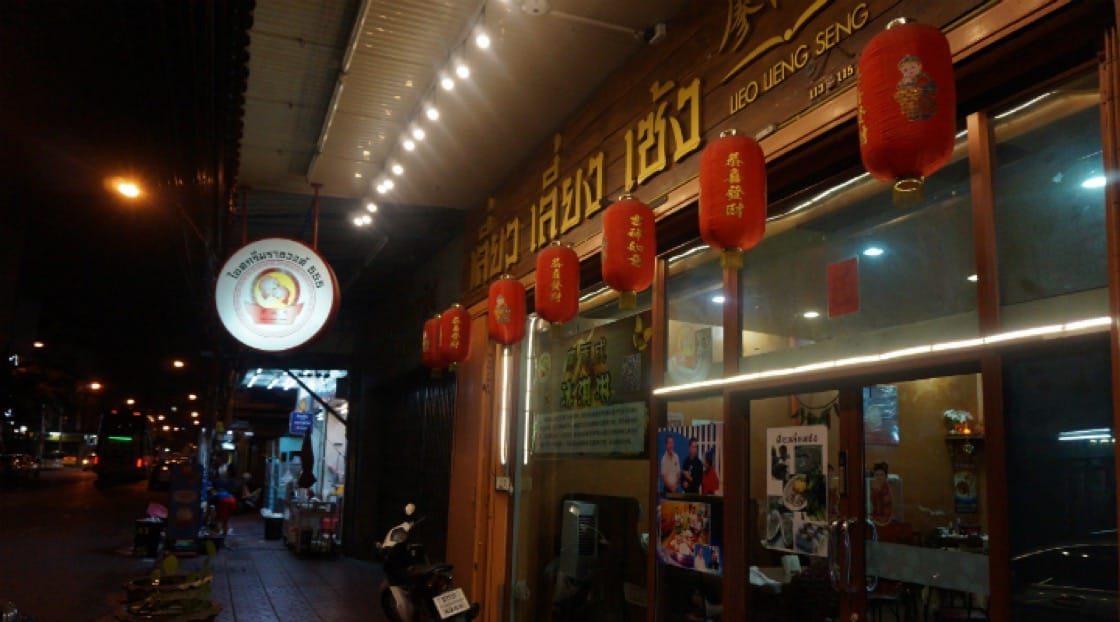 The storefront at Lieo Lieng Seng. 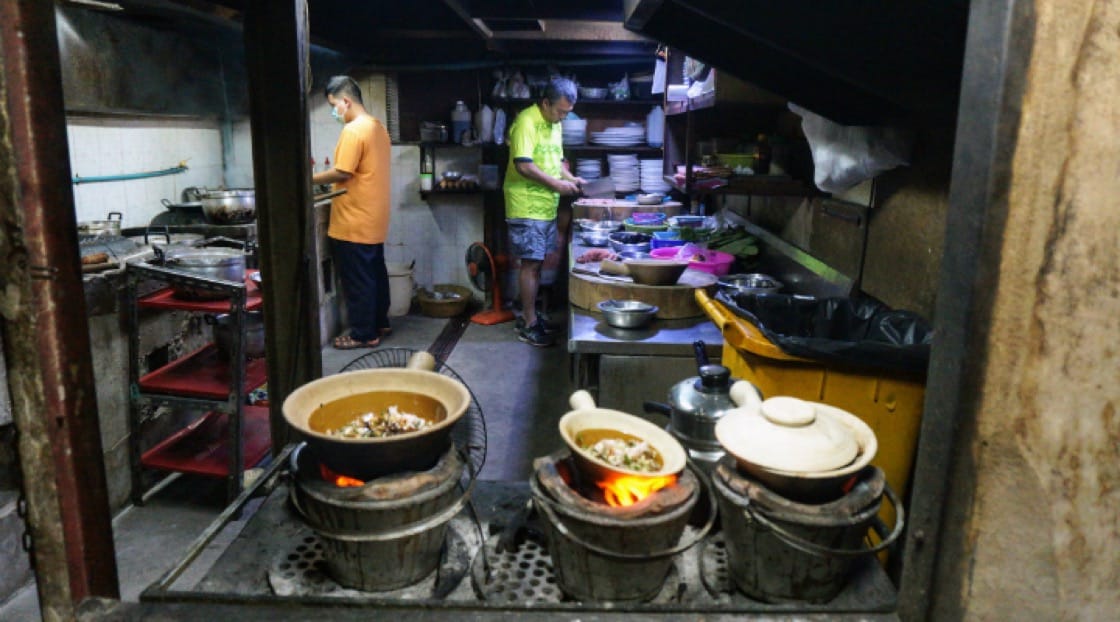 The humble kitchen of Lieo Lieng Seng, where the owner and his son cook century-long family recipes. 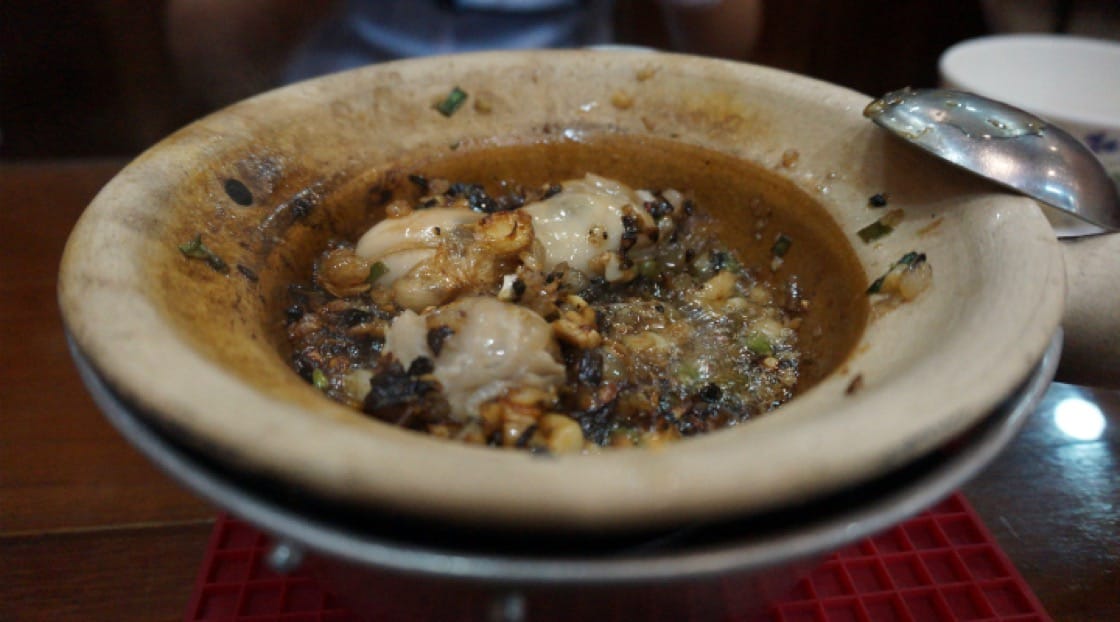 Sizzling oyster and garlic in a claypot at Lieo Lieng Seng. 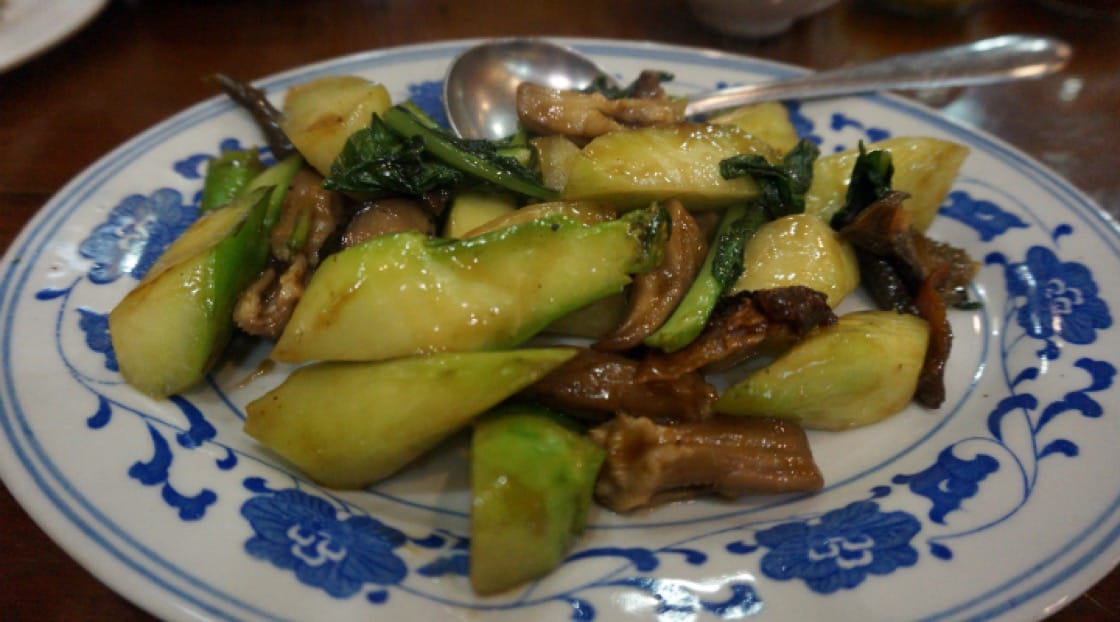 When night falls, migrate to Soi Nana, a 400-meter-long stretch of shophouses that kickstarted Chinatown’s recent revival. What was once home to a few Chinese herbal shops is now a gentrified hub for Bangkok’s hip and creative.

One of the barely-touched shophouses is home to, Cho Why art gallery. Only open when there is an exhibit, the full-service gallery’s name is intended to be pronounced “Cho Huay,” meaning bad show in Thai. Visit during an event, and you may find yourself on the building’s rooftop with some of Bangkok’s hippest. 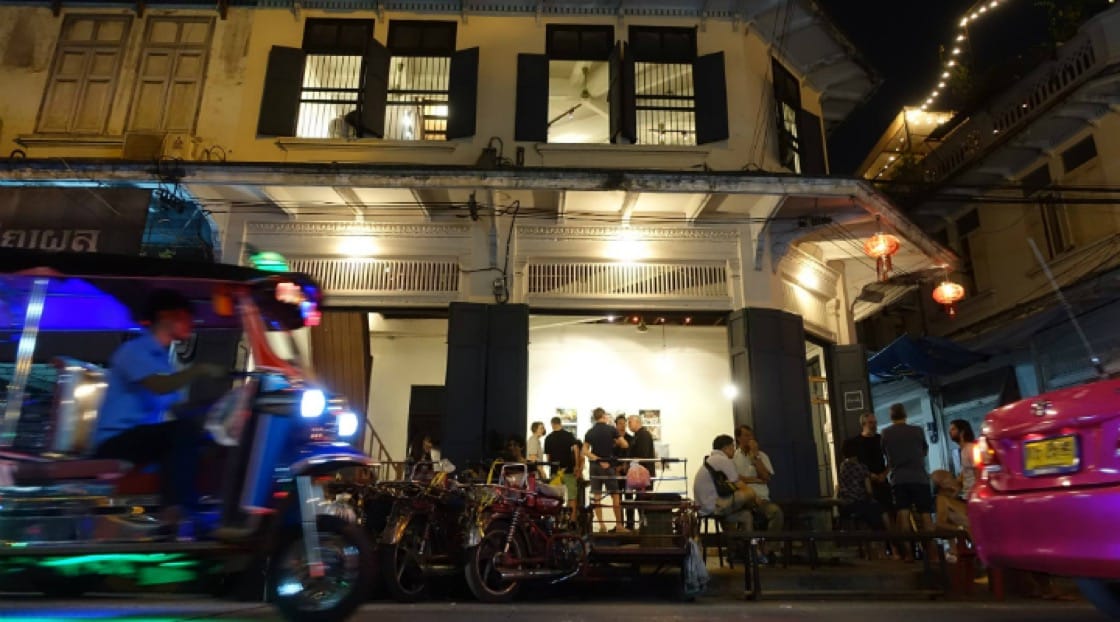 Flower shop-turned-coffee shop One Day Wallflowers has expanded into a full-blown café and bar. Pretty floral garnishes top well-balanced cocktails on the space’s rooftop, which, on Saturdays, hosts live bands. But anthophiles, fear not: the shop still holds onto its flower shop roots by hosting frequent bouquet-making workshops and classes on how to construct a princess-worthy floral headdress. 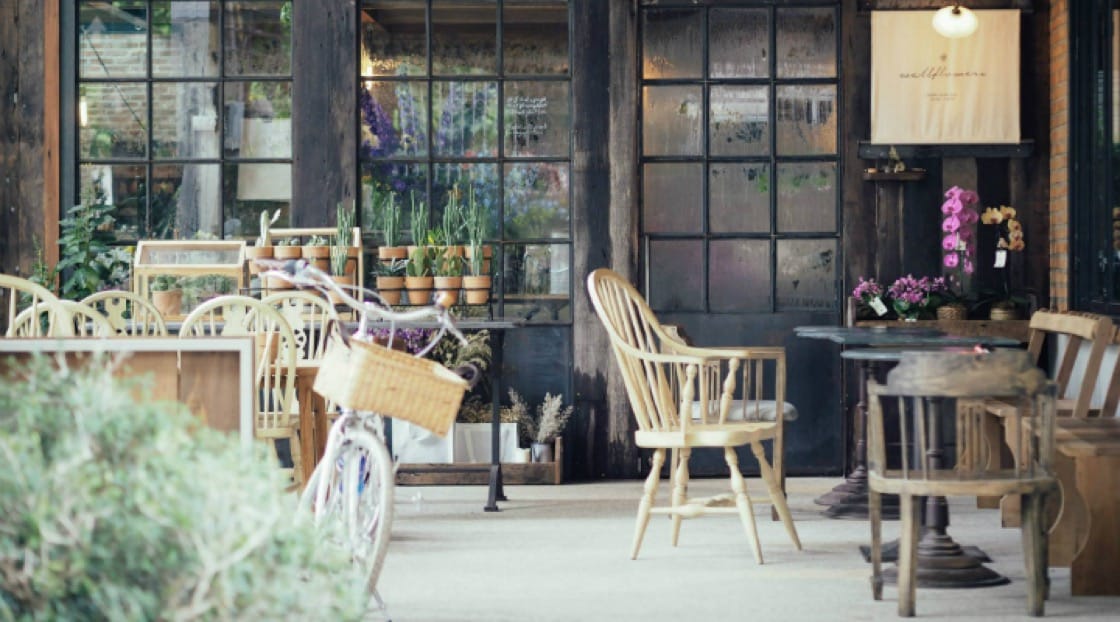 Behind an unassuming, white-tiled façade, is another new watering hole that has caught the attention of cocktail enthusiasts across the city. Owned and run by the duo behind neighboring Teens of Thailand, rum-focused Asia Today is one-part sexy Manhattan speakeasy, one-part kitschy dive bar. Although bartenders are clad in handsome vests behind a sumptuous marble bar, X-rated posters cover the walls, and a neon sign makes claims that of being better than its sister bar across the way. Drinks are concocted with ingredients that have been handpicked from Chiang Rai, while their house-spirit is an agricultural rum distilled in Udon Thani. 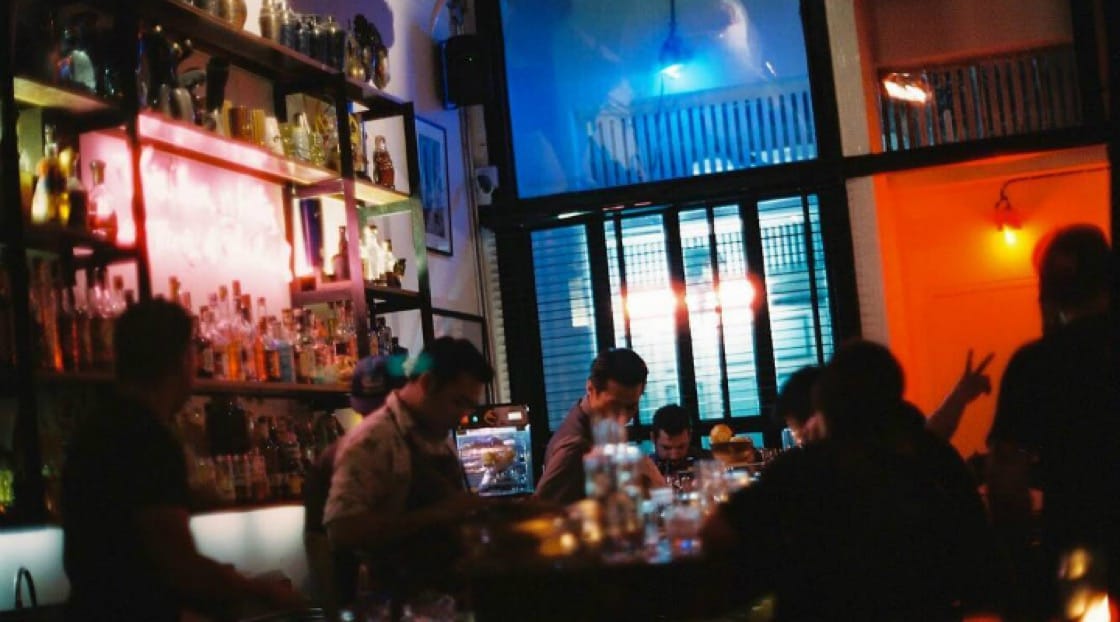 Next to Teens of Thailand is the nameless fried noodle superstar, there to take care of your booze-induced munchies. Here, bar hoppers can be found earnestly hunched over plates of rad na and pad see ew fueling up for the night or sopping up the libations that have already been consumed. Pro tip: get your fix before they sell out for the night.

Other choices for a late-night meal are Jay Ngo Wongwian 22, where guay jab, or rice noodle soup will soothe the soul, and Iam Pochana, a street eatery known for its savory beef hot pot. 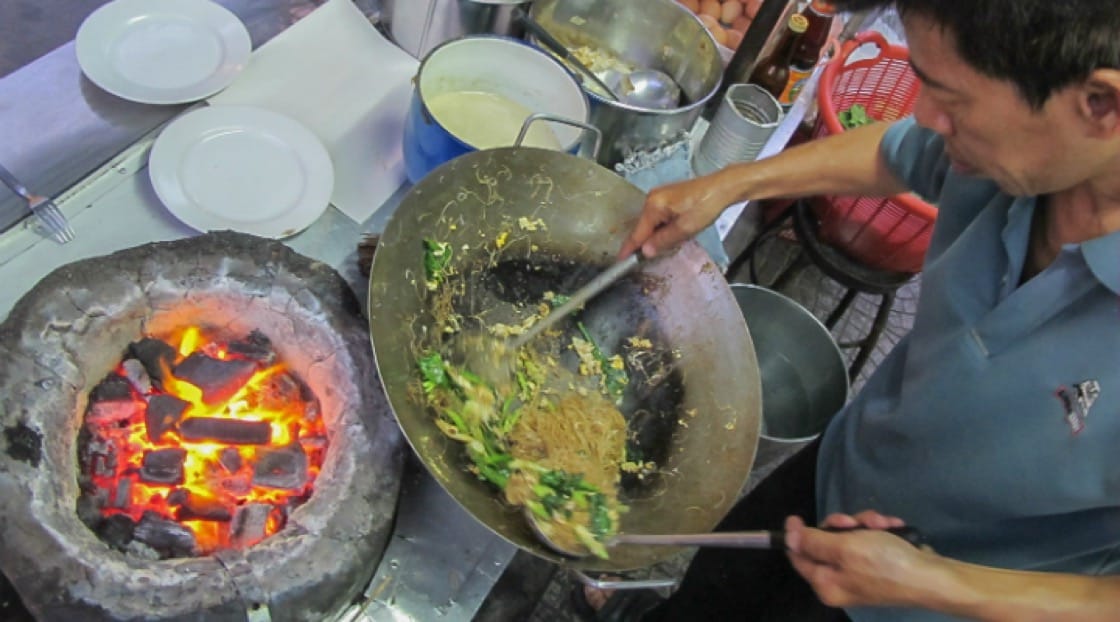 Pad see ew in the making.

With a new MRT station opening just a few blocks from Wongwian 22 in the next year, there’s no doubt that even more change is to come for the blossoming neighborhood. Whether that means more artsy bars or retro cafés, we just hope that doesn’t mean less family-run noodle shops and old-school charm.