Chef Ryan McCaskey calls Chicago home, but summers spent working and vacationing in Maine inspired the chef and owner of two-MICHELIN-starred Acadia to open a seasonal restaurant in the Pine Tree State. "I've had the Acadia House Provisions idea for a long time. I knew I wanted to do a concept like this in Stonington, Maine, the question was just when. With Acadia in Chicago's focus on high-end tasting menu dining, I really wanted to focus on simpler food," notes McCaskey. Though the food may be simpler, McCaskey is bringing the same standards of excellence that helped him achieve MICHELIN star status at Acadia after just nine months of operation.

RELATED: Ryan McCaskey's Maine
Instead of Acadia's 10-course tasting menu experience, McCaskey is executing a casual à la carte menu that highlights ingredients from within Maine's borders and along its coastline. The state's famous blueberries are sourced from Blue-Zee Farm and are used in a variety of sauces, including a blueberry mignonette served with raw oysters and a truffle blueberry au jus that accompanies Rohan duck. Guests can also build their own blueberry ice cream sundae with a variety of toppings. 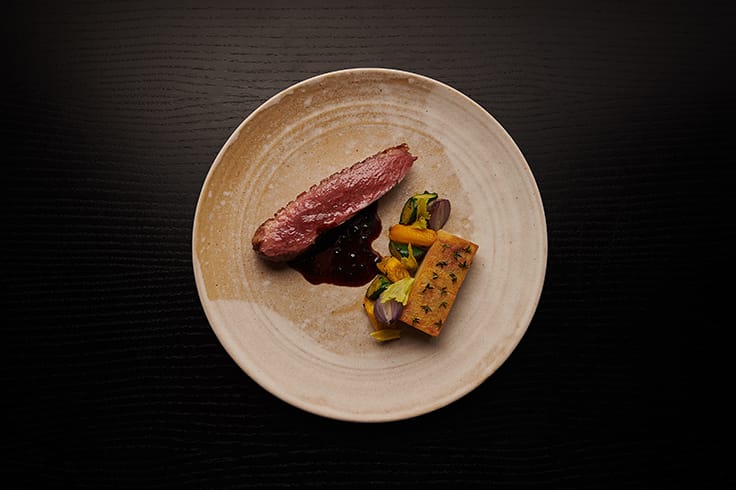 Lobster from nearby Penobscot Bay makes many appearances on the menu, including in an iceberg wedge salad, a grilled cheese sandwich and a Maine-style lobster roll served with salt and vinegar chips. The menu also includes a version of McCaskey's popular Acadia dog—both of which feature sausages from W.A. Bean and Sons in Bangor, Maine—although this rendition includes jalapeño, cilantro and pickled veggies in addition to the tonkatsu sauce and lobster mayo of the O.G. version. Additional menu selections include a smoked cobia with chorizo aioli, a weekly changing pasta dish incorporating seasonal ingredients and a short rib served with Barolo jus alongside the chef's take on peas and carrots.

"I approached Acadia House Provisions' menu differently in some ways. Though the menu is much simpler than Acadia in Chicago, we still have the same high level of execution and integrity. I've always said, it doesn't matter if cooking a chicken with some vegetables, or a delicate piece of foie gras—the thought process is the same." 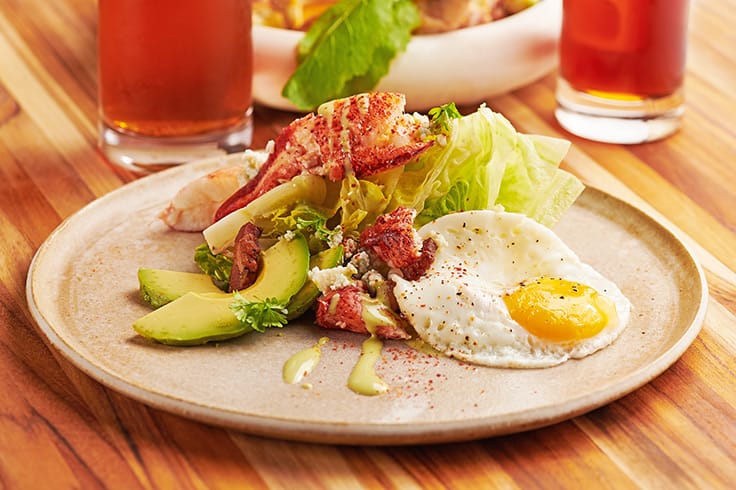 Guests looking for just drinks and a harborside view will find riffs on classic cocktails like the China Cat Sunflower, a twist on a Dark and Stormy that uses local blackberry-infused orange honey along with Maine Root spicy ginger brew. "A classic cocktail offers a tried-and-true formula. The onus is then on myself to weave in the culinary angle, building flavor profiles to wow our guests and make them feel awesome," says bar program director Michael Simon. There's also a selection of non-alcoholic cocktails, including a Thai iced coffee-flavored cold brew made with coffee from Deer Isle roaster 44 North. A wine list featuring 35 different options available by the glass or bottle along with six different beers are also on offer. "My goal for the wine program was to mirror chef's menu philosophy, so that means you will find time-honored classics from revered producers alongside selections from emerging wine zones and young, forward-thinking, creative winemakers," says Master Sommelier Scott Tyree. "Most importantly, the wines were selected to complement the summer flavors of coastal Maine. There is a beautiful terrace out back overlooking the harbor, so there is rosé—lots of rosé," he adds. 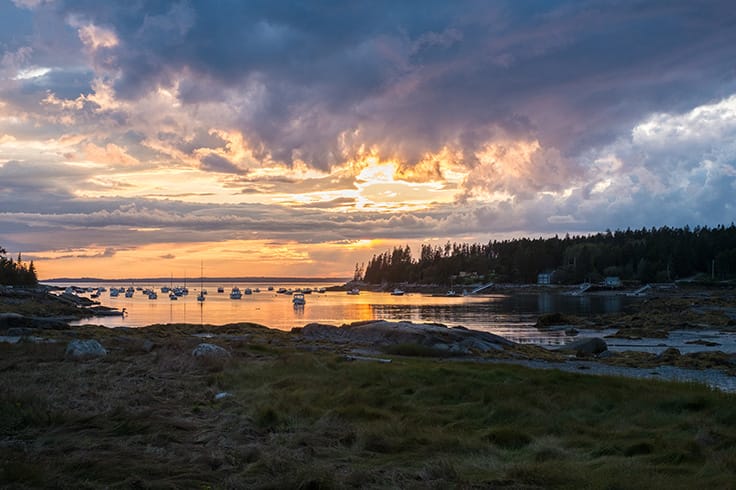 "I have always liked, and I think diners here in the summer want, an experience where the view and area is the star," explains McCaskey. (Photo courtesy of Acadia Chicago.)

"In creating the perfect summer dining experience I think back to my own youth and the time spent here in Maine. I have always liked, and I think diners here in the summer want, an experience where the view and area is the star," explains McCaskey. In addition to the indoor dining room and bar area, guests can secure a table on a first-come, first-served basis at one of the communal tables on the 72-seat patio.

Acadia House Provisions opened at the start of July with dinner service (lunch is now also served) and plans to stay open through October.