Fine-dining restaurant Preludio recently made its debut with a striking black-and-white theme. The new restaurant and its changing thematic chapters is the brainchild of Colombian chef Fernando Arevalo, previously from Bistecca Tuscan Steakhouse and Artemis Grill. Every year or so will mark a chapter for Preludio, where the entire guest experience will change according to themes chosen by the chef. 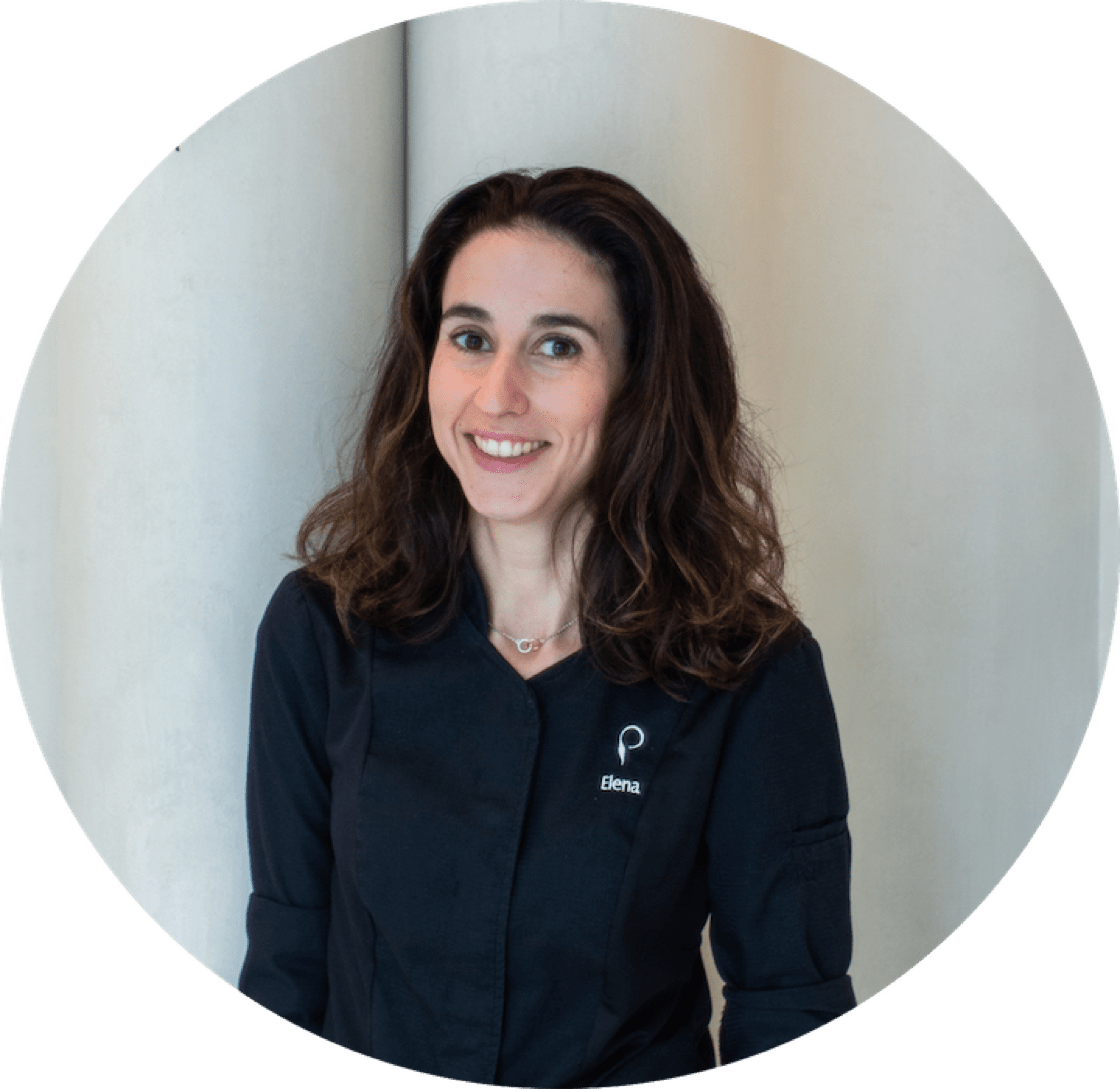 Monochrome is the theme of its debut chapter and Arevalo’s team has risen to the challenge. In-house designer Natalie Tan directs the visuals and art for the restaurant while sommelier Chip Steel translates the theme into a wine list that creatively sorts the tipples by the colour of the soil the grapes are grown on. When it comes to the food, Arevalo and pastry chef Elena Perez de Carrasco have found a way to make monochromatic food that bursts with flavour and life.
“Honestly, when chef Fernando told me what he imagined Preludio would be, I thought he had too much to drink,” laughs de Carrasco. “I knew there was an extra layer of difficulty when creating new desserts, but as I saw the idea come to life, I realised how special it is and how it would be a good opportunity for me since I enjoy a challenge.” 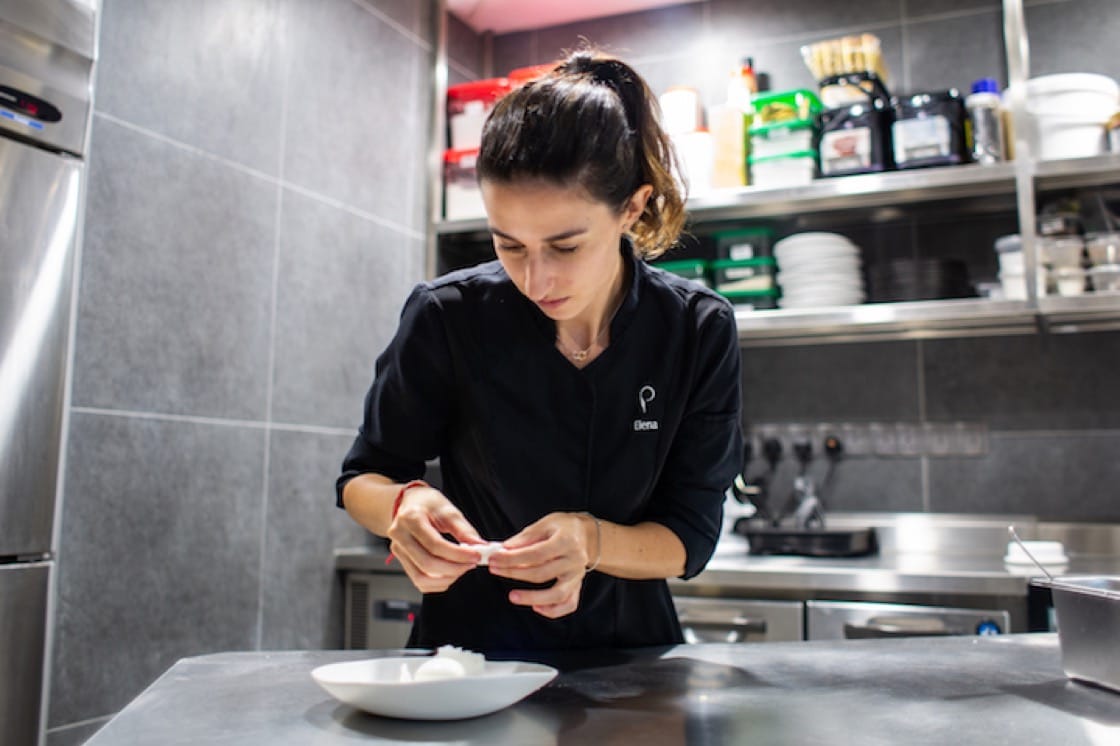 Preludio's pastry chef Elena Pérez de Carrasco at work (Pic: Preludio)
Focusing on the colour white, she was reminded of the snowy Gorbea mountains from her hometown in Vitoria, Spain. “I remember my grandma telling us that the snow was coming and how she could see it because the clouds would look like sheep’s wool.” Inspired by that memory, she has created a complex dessert with the same milky, snow textures, topped with a smattering of grated Idiazabal cheese made from the milk of the sheep from Basque Country. Almost black “pebbles” made from blueberry mousse add some contrast to the white tones.

The Idiazabal cheese adds a savoury dimension to the dessert, a signature style of the pastry chef. “What I think is unique about my desserts is that I try to break the barrier between savoury and sweet. I remember like it was yesterday when I first arrived in Asia and realised that many ingredients here that were considered sweet in my country were being used in savoury dishes — ingredients like coconut milk and yoghurt. I thought, why not do it backwards, and I began to use savoury ingredients such as seaweed, vinegar and basil in my desserts instead,” she says. “Looking at customers try my creations and seeing the expressions of surprise on their faces is one of the best parts of my job.” 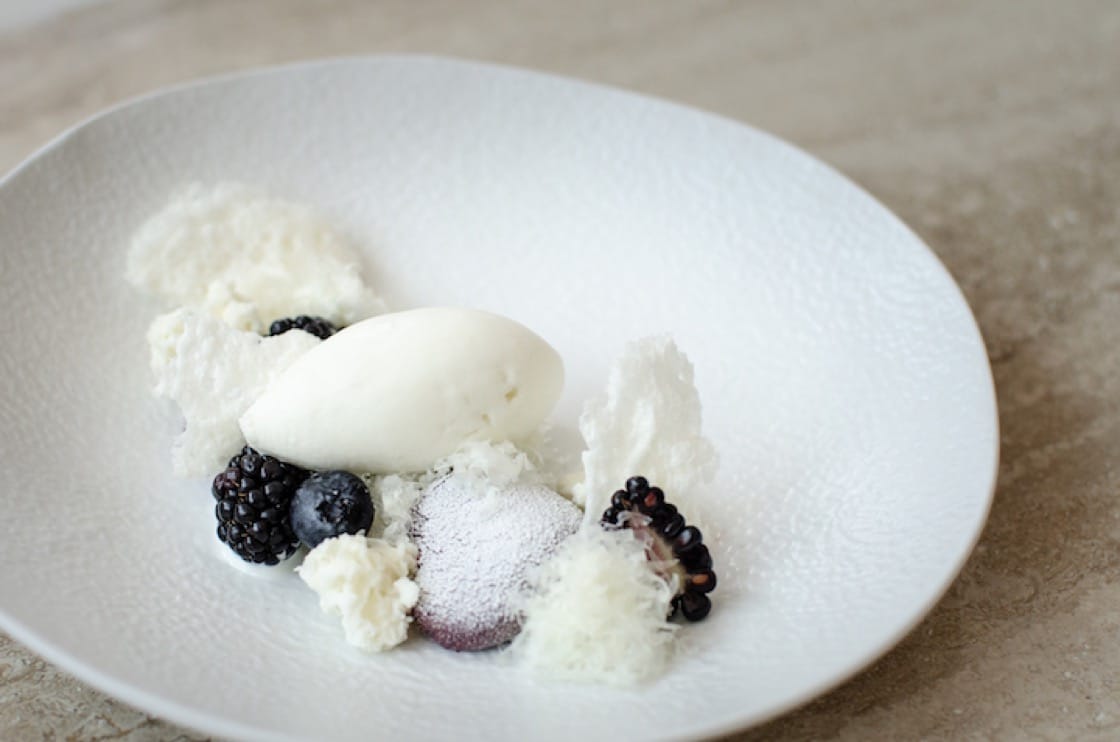 Method:
1. Blend all the ingredients until fully incorporated, then strain it and make sure that there are no lumps.
2. Pour the mixture into the siphon and charge with 2 N2O. Shake it for about 2 minutes.
3. Fill a microwavable container halfway with the mixture and microwave for 45 seconds.

Method:
1. Heat up the milk and glucose syrup together until warm.
2. With a hand blender, blend the mixture till it makes a foam.
3. Gently transfer the foam to a tray with parchment paper, being careful not to scoop up the liquid underneath the foam.
4. In an oven, dry at 60°C for 4 hours until completely dry and crunchy.

Method:
1. Blueberry puree: Bloom the gelatin in cold water. Heat half of the blueberry puree and melt the gelatin in the warmed puree. Combine with the remaining puree.
2. Cold whipped cream: In an electric mixer or bowl, whisk the whipping cream till soft peaks are achieved. Reserve in a cool environment till needed.
3. Italian meringue: Have the egg whites ready in an electric mixer. In a pot, heat the sugar and water till 114°C. Start whipping the egg whites while continuing to bring up the temperature of the sugar and water. When the sugar solution reaches 121°C, very slowly stream the sugar solution into the whipped egg whites until stiff hard peaks are achieved. Reserve 110g for the next step and discard the rest or save for other uses.
4. To finish, whisk the Italian meringue into the blueberry puree in a folding motion, careful not to deflate the mixture. When thoroughly combined, add the cold whipped cream, again in a folding motion till homogenous.
5. Put into silicon moulds and allow to freeze for a couple of hours till set.
6. When frozen, unmould and finish by spraying with white cocoa butter to create a velvet effect.