How To Choose Fresh Whole Fish In 5 Easy Steps

Love tucking into whole fish but new to buying them? Here's our guide to get you started.

Few things are more magical than having a fresh whole fish arrive on the table right in front of you.

“To the Cantonese, a feast is incomplete without the fish,” says executive chef Tam Kwok Fung of two-Michelin-starred restaurant Jade Dragon in Macau. He adds: “A decorous meal must surely include fresh, whole fish.”

That’s all well said for an experienced chef or when you’re dining out. For a home cook or those new to cooking an entire fish, making that selection can be a challenge even though savouring it is a real treat.

Here, we put a method to the madness and show you five simple ways for you to select the best out of the day’s catch. 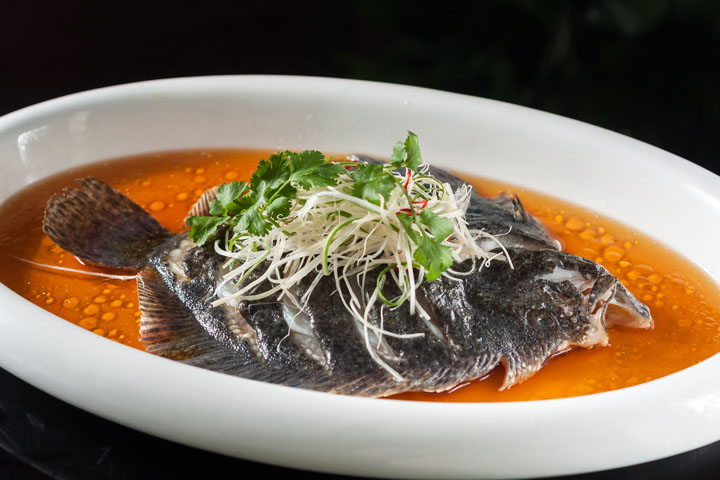 Step 1: Check the eyes
If you don’t have the time to spare or prefer not to get touchy with fresh fish, the quickest way to tell if a whole fish is fresh is to check the eyes. They should be clear, bulging with dark pupils and look as life-like as possible. Cloudy eyes where the pupil isn’t visible is a surefire sign that the fish is old.

Step 2: Check the fins and tail
The fins and tail of the fish is another tell-tale sign of whether the fish has been handled properly. These are the parts that jut out the most and mishandling would cause the fins to tear. To test if the whole fish is still fresh, touch the tail to make sure that it is still nimble. Dried, brittle fins are a mark of age.

SEE ALSO: Ike Jime, The Japanese Slaughter Method For Tastier Fish
Step 3: Have a good sniff
If you’re at a market to get your fish, be sure to have a good sniff around as any foul odours indicate that the seller might not be a reputable one. If that passes the test, then get close to your selection to detect any smells. Fresh fish should smell like the sea – any odd smells are an indication that the fish is not just old, but has started to rot.

Step 4: Check the gills
If the fish monger allows, it’s time to get handsy. Peer into the gills to make sure that the insides are red. This is primarily where the fish’s oxygen vessels are and the fresher it is, the brighter red it should be. The gills tend to darken over time as its myoglobin would oxidise into metmyoglobin. Avoid the fish it has turned brown or even black.

Step 5: Feel the scales
Yes the fish may appear shiny and metallic (two visual cues of freshness) but put it to a real test and run your hands on the scales. They should be still feel firm as it’s a form of armour for the fish. The scales tend to slide off easily if the fish isn’t too fresh.