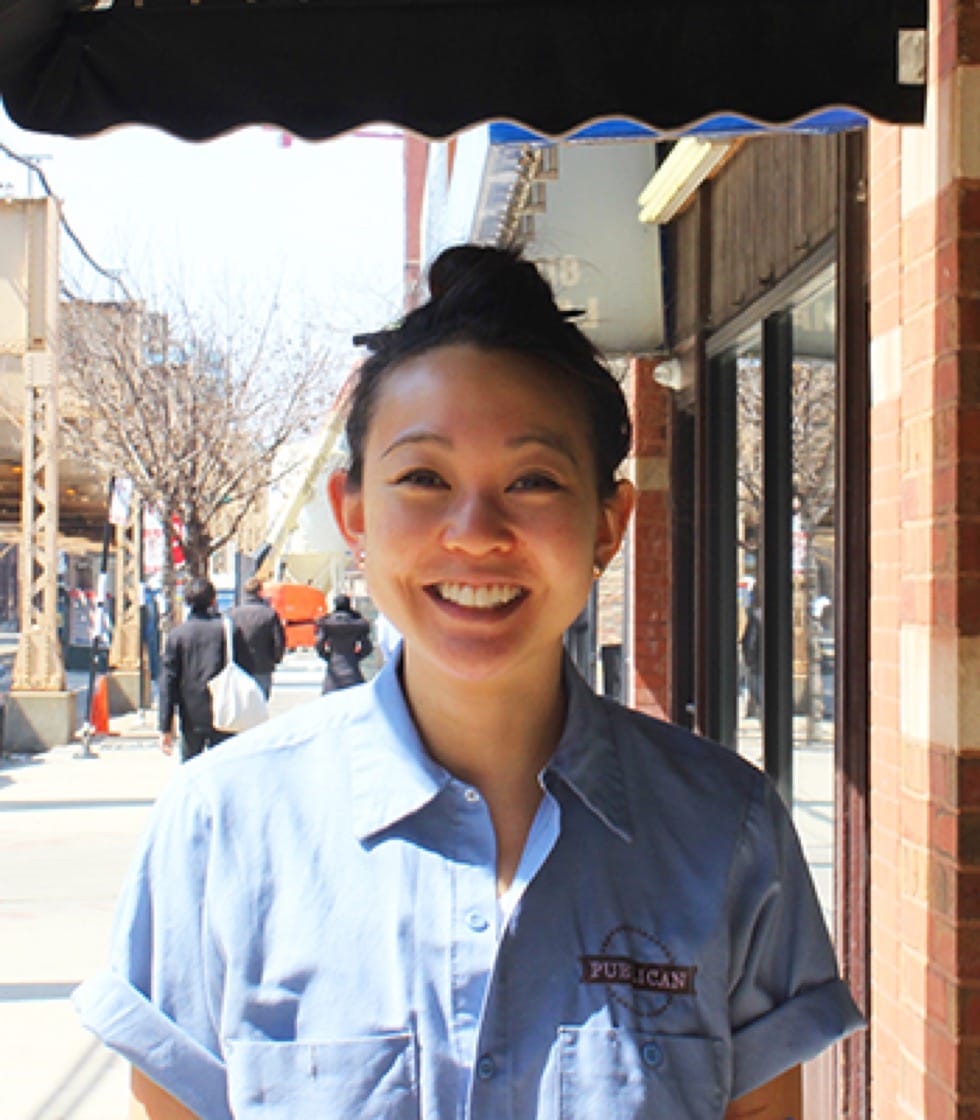 Having worked in fine dining for many years, Chan now leads the pastry team at The Publican, Publican Quality Meats, Publican Tavern and Publican Anker, channeling her degree in Nutritional Sciences and Dietetics from UC Berkeley as well as her past experiences. (Her resumé includes not only includes the One Off family, but L’Espalier and two-Michelin-starred Acadia, as well.)

"I would say the way I utilize my nutritional background most comes from my chemistry classes,” she states. 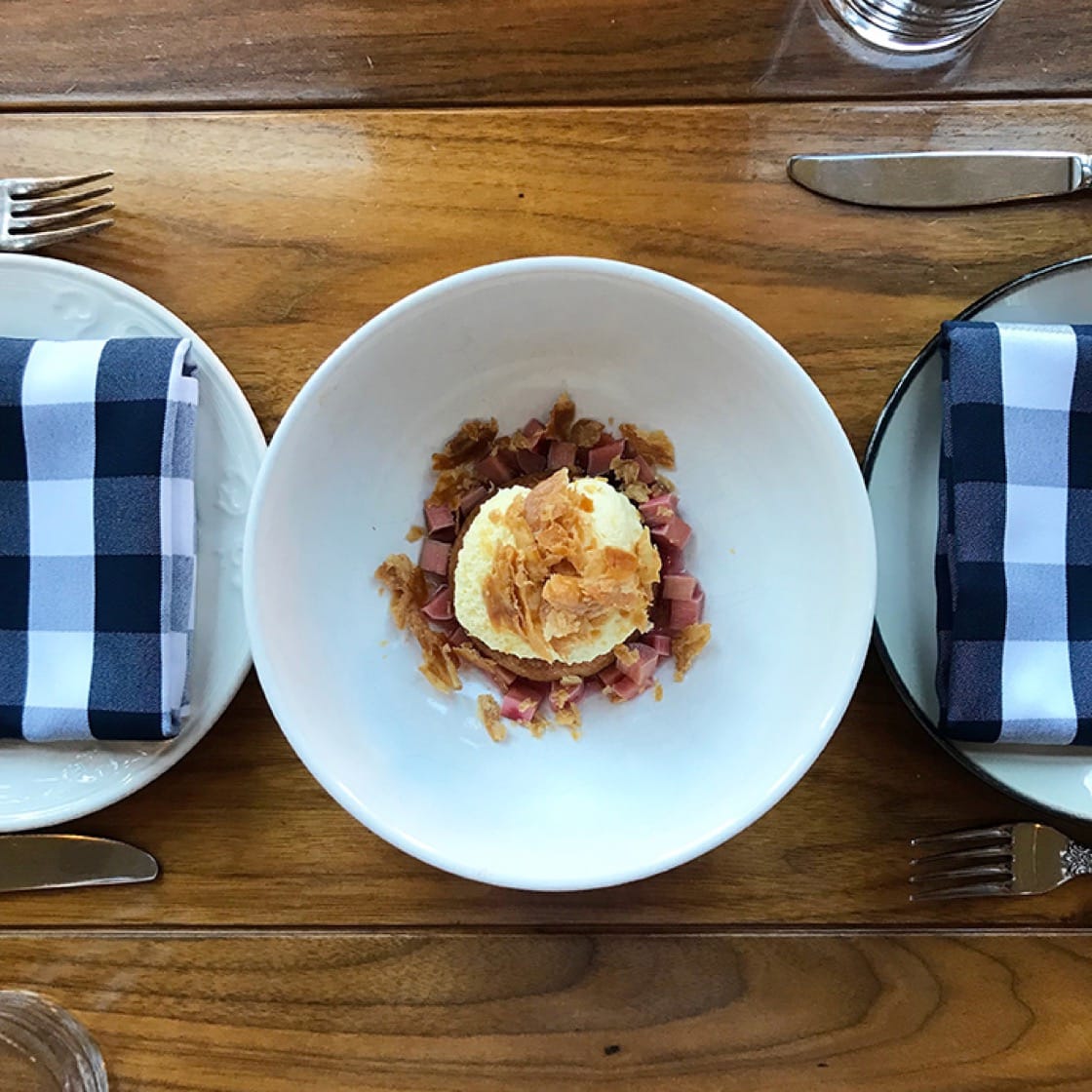 The baba au rhum, a traditional French yeast dessert that’s been saturated in a liquor-laced syrup, was inspired by a Portuguese egg tart; it took Chan much trial and error to reach the desired aerated consistency. At The Publican, the baba au rhum is topped with said egg custard, housemade rhubarb jam and caramelized Portuguese pastry.

Chan's nutritional background also comes in handy when it comes to diner's allergies, providing friendly alternatives to the gluten-intolerant. Her nostalgic butterscotch blondie—a favorite of Kahan's—is gluten-free. “Applying what I have learned on a molecular level about sugars, acids, gluten development and other chemical and biological processes helps with developing doughs, understanding how jams set and various problem solving when developing recipes.”