Get to Know the Pinot-Loving Duo of Sojourn Cellars

See how the grape has evolved in Sonoma over the past few decades.

Erich Bradley and Craig Haserot, co-founders of Sojourn Cellars, are Pinot Noir addicts. The small brand produces about 11,000 cases a year of Pinot Noir, Chardonnay and some Cabernet Sauvignon at the custom crush facility Vinify in Santa Rosa, located in a warehouse on Coffey Lane just 200 yards from where the Tubbs fire swept through in October, destroying thousands of homes and structures. Most of these are site-specific, vineyard-designated wines. The pair work with growers in Sonoma (and a few in Napa for the Cabernets), sourcing fruit from top vineyards including Reuling, Sangiacomo and Rodgers Creek. Erich makes the wines while Craig runs the business side of things, meeting clients and focusing on sales and marketing.

The two met in the early 2000s; Erich was working at Arrowood Winery, making wines from Rhône and Bordeaux varieties, and Craig had recently left his 16-year career in the software business. A great lover of Burgundy, Craig had been exploring the California expression of the grape via the mailing lists of producers like Williams Selyem and Kistler. Erich had winemaking experience but had yet to try his hand at Pinot Noir. “We decided to make Pinot Noir mostly because we love to drink it,” Craig explains. “Pinot Noir was our addiction.” Erich adds, “Sojourn was how I could scratch my Pinot Noir itch.”

“We didn’t know what we were doing,” Craig says of the early days of Sojourn. “We went to our family friends at Sangiacomo and they gave us four tons of Roberts Road Vineyard Pinot Noir.” They made 210 cases, which was received well by critics. “You get some recognition and some notoriety, and it creates a gratuitous circle,” Craig tells me. “After we made the Roberts Road Pinot, we said to ourselves, ‘OK, it’s time to decide whether we keep this brand as a hobby or get real. If you want to be a real business, you need to make 3,000 cases because you can create scale with that number. So we decided to make 3,000 cases—that turned out to be a lot of grapes!”

The global financial crisis created unexpected opportunities for the Sojourn brand. As the market bottomed out, restaurant wine lists shrank. Suddenly, there were far fewer buyers for premium California brands. Because Sojourn is based on a direct-to-consumer framework, they suffered less from the fallout of the three-tier system other brands depended on. “In the spring of 2009, all these vineyard opportunities opened up,” Craig explains. “Other wineries had to walk away from their grapes because they were in serious trouble. And that created opportunities for us. We went from not being able to source enough great fruit to getting phone calls from growers.”

“Other businesses weren’t strong enough to withstand what occurred in that timeframe,” Craig continues. “When it really comes down to it, everyone will admit that it’s easier to make good wines than it is to have a good wine business. Selling wine is significantly harder than most everybody estimates on the way in. You need to have all the business pieces in place and be super nimble and ready to tuck and roll because however you plan it out, it won’t work out that way. Erich and I saw lots of small brands go under, because they didn’t have the business aspect worked out. That part is essential.” 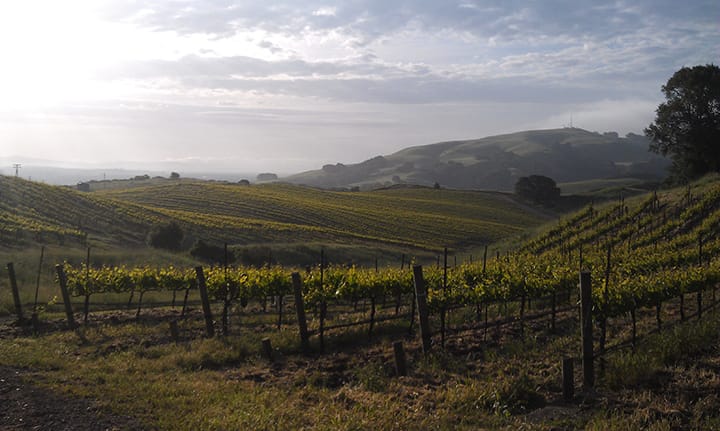 It's been called the Holy Grail of winemakers and wine drinkers alike, but why exactly is Pinot Noir so compelling? “It’s hard not to be drawn to it on some level,” Erich explains. “Pinot Noir is so unforgiving, it’s a great challenge. It’s a cliché now that you can’t make good wine from bad grapes, but it’s still so true of Pinot Noir. You need those raw materials to be compelling because you can’t manufacture good Pinot Noir. My favorite wines are expressions of site—there’s an authenticity to that. A great wine communicates what happened in the vineyard that year. You can’t impose yourself as a winemaker because your job is to communicate that.” Focusing on single-vineyard wines makes a winemaker’s job even more difficult, especially when it comes to Pinot Noir. “You have almost no chance at making good wine from one clone,” Erich explains. “We don’t have the fallback to create blends from different vineyards, so we try to create vineyards within vineyards—vinifying block by block, clone by clone. We had 90 fermentation lots last year.” 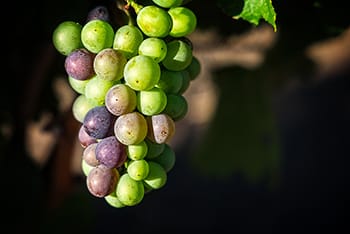 Although not in its infancy, Sonoma is still growing up as a winemaking region, and winemakers are exploring the multitudes of site and terroir expression in the valley. “This is still an up-and-coming region for artisanal Pinot Noirs that express site,” Erich says. The exploration of terroir in Sonoma is evident from the petitions for further AVA subdivisions and the creation of new AVAs, like the approval in 2017 of the Petaluma Gap appellation.

“We will get more clarity as these small sub-AVAs evolve and become recognized,” Erich says. “For people who are truly captivated by wine, and Pinot Noir in particular, these are important distinctions: recognizing the difference between Petaluma Gap and the sprawling Sonoma Coast AVA, or the differences between Occidental and Forestville, which are both in the Russian River Valley appellation but are very different places.”

The viticultural landscape in Sonoma continues to evolve. “In the 1980s, Sonoma was really dominated by a few big wineries that made good value, clean wines,” Erich says. “But they were a little simplified. There’s more risk taking now but it feels like responsible risk taking, because the cost of fruit continues to rise as the business here matures. People’s appetites for taking irresponsible risks diminishes, because there are too many zeros involved. Everyone knows that for this place to reach its potential there has to be measured risk.” 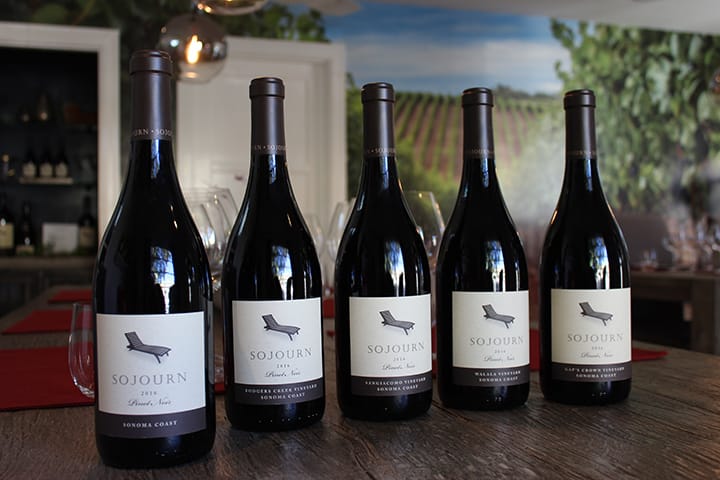 “It feels like Sonoma is really focused on continuing to make better and better wine, especially as the farming has gotten better” he continues. “There’s a general level of excitement about our possibilities. Things are a bit more mature in Napa, where recognition has already been awarded. Sonoma has gotten some recognition, but it still feels like our best days are in front of us.”

“We’ve seen an evolution in the style of Pinot Noir from Sonoma,” Craig adds. “People aren’t making the big styles of the mid-2000s anymore. In general, the quality of the wine is significantly higher than it was 10 or 15 years ago.” Erich thinks that Sonoma may be on a path toward the Burgundian model. “It will take a long time to get there, if it does, but I think the Burgundy model is the right model for people who are under the spell of Pinot Noir,” he says. “And that’s who we’re making Sojourn for. People like us, who have a passion for Pinot.”