It’s not often you see suckling pig on a restaurant menu. While the dish is quite popular across Europe and Asia, it hasn’t caught on with as much gusto here in the States. So when a restaurant has it on offer, many gourmands usually jump at the chance to indulge. One such place to find expertly-prepared suckling pig is at one-MICHELIN-starred Lord Stanley in San Francisco. There, chef/owners Rupert and Carrie Blease have created a simple and refined menu that’s influenced by European and British cuisine. And while their offerings change with the seasons, suckling pig often makes an appearance.

“At first I was a little bit worried that people wouldn’t go for it, but it’s a popular dish,” Rupert says. “And we’re one of the few restaurants here that do it.”

Suckling pig isn’t popular among U.S. pork farmers; as meat is sold by the pound, they don’t make much profit off of young animals, so restaurants interested in serving the dish turn to small specialty producers. Steady restaurant clients like Lord Stanley incentivize the farmers to continue offering the product.

For curious home cooks looking to give it a try themselves, we turned to Rupert Blease to get some insight on the best sourcing and cooking techniques for suckling pig.

If you’re interested in obtaining specialty cuts of meat, make friends with your local butcher. They have close relationships with the farmers who supply their meat, so they can relay the demand for hard-to-find items like suckling pig. “There’s not a massive market for it, so there’s not a lot around,” Blease says. “But if you go to a good butcher, then they’ll have a good relationship with their supplier and it’s possible to get some.”

RELATED: Get Your Lord Stanley Fix At Chefs Club This Month

If your backyard is outfitted with a spit, then by all means, cook that pig whole right over an open flame. But Blease explains that different parts of the pig require different cooking times, so you’re better off having your butcher break down the animal into eight different pieces. “When they come in, we break them down into two legs, two thighs and then we’ll take both the saddle and the rack and cut those in half down the spine,” he says. If it’s your first time cooking suckling pig, working with separate pieces is a much easier feat than trying to fit the whole animal in your oven.

Blease sous vides his suckling pigs to ensure a perfectly cooked and tender meat with a crispy skin. At Lord Stanley, the legs, thighs and belly are deboned, seasoned and bagged, then cooked at 140˚F for six hours, while the racks and loins are seasoned, bagged, and cooked at 140˚F for three hours. “One-hundred forty degrees is just about the perfect temperature where the meat cooks well, and also the skin starts to break down a little bit, but not too much,” he says. When ready to serve, Blease and his team get the skin extra crispy in a non-stick pan specifically used for the suckling pigs to ensure that it doesn’t rip during the finishing process. “Use a little bit of rice bran or grapeseed oil, or whatever less-flavored oil that you want,” he adds. “And then just [pan-fry] until gold and crispy. Once it’s crispy, we take it out of the pan and let it rest a little bit.”

If you can’t sous vide at home, your oven will work just fine. “I would baste the pig with an aromatic oil with thyme, garlic and rosemary, and then start off pretty low—probably two hours at 160˚F,” Blease says. “For the last hour, I’d take the pork out and crank the oven up to 350˚.” When the oven hits the proper temperature, Blease says to put the pork back in the oven and baste it often. This will ensure that aforementioned crispy skin. 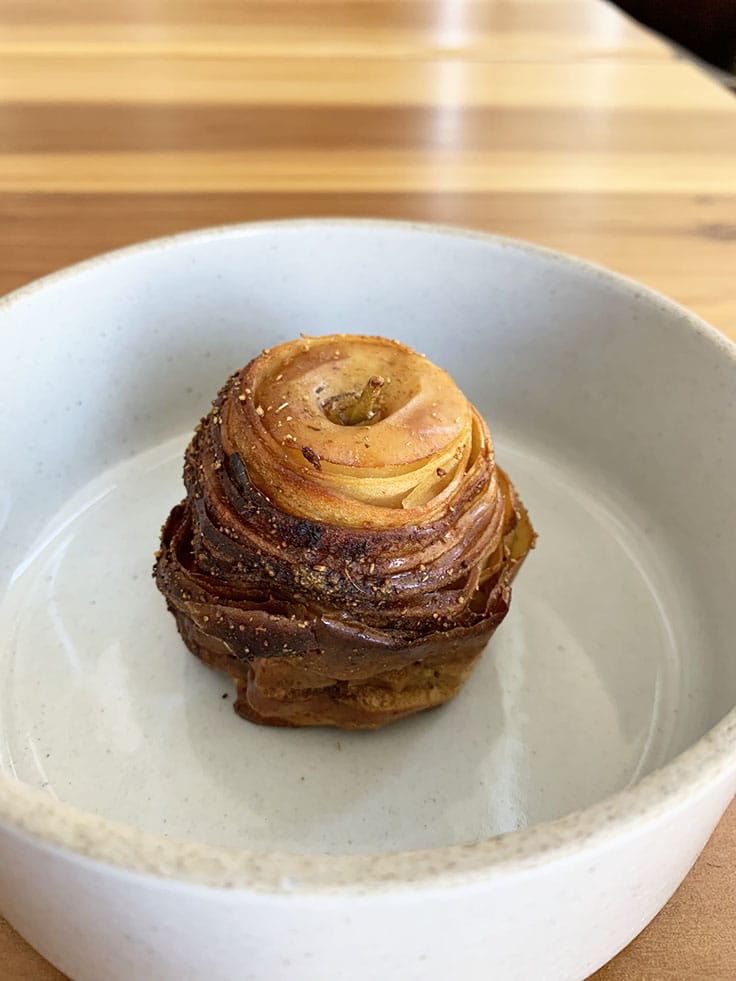 Though the suckling pig dish at Lord Stanley changes with the seasons, Blease always plates it with a variety of flavors to complement the meat. “I always like a little bit of sweetness, that’s why we use Fuji apples at the moment,” he says. “We ribbon them out, and then put them back together once they’re seasoned with lemon oil and fennel pollen. We bake those in the oven until they are a little bit crispy, so you get a sort of nutty flavor.” And even though the pig is the star of the dish, Blease says that the sauce is just as important. “We take a lot of care into the sauces that we do,” he says. “We make a brown chicken stock that we infuse with the pork bones, and then we add white wine, chopped shallots and roasted mushrooms. We finish the sauce with apple juice and freshly grated Granny Smith apple.”

When cooking suckling pig at home, feel free to experiment with seasonal ingredients local to your area. Remember that a mix of sweet and tangy is an excellent way to complement the fatty, succulent meat. 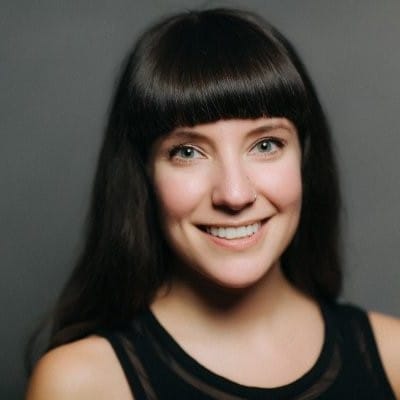