It’s likely there’s not a more iconic travel destination than Tuscany. The place is so familiar, and so frequently commented upon, that we haven’t devoted a story to it in quite a while. That was an oversight on our part. We could easily dedicate a whole bucket of these lists to celebrating its glorious collections of hotels. So that’s exactly what we’re going to do. Villa hotels can be found throughout the rolling hillsides of Tuscany. These elegant structures, many of them hundreds of years old, were once the country homes of the local high-born. But now, restored — and in some cases, reimagined — they’re open to humble commoners as well. Congratulations! 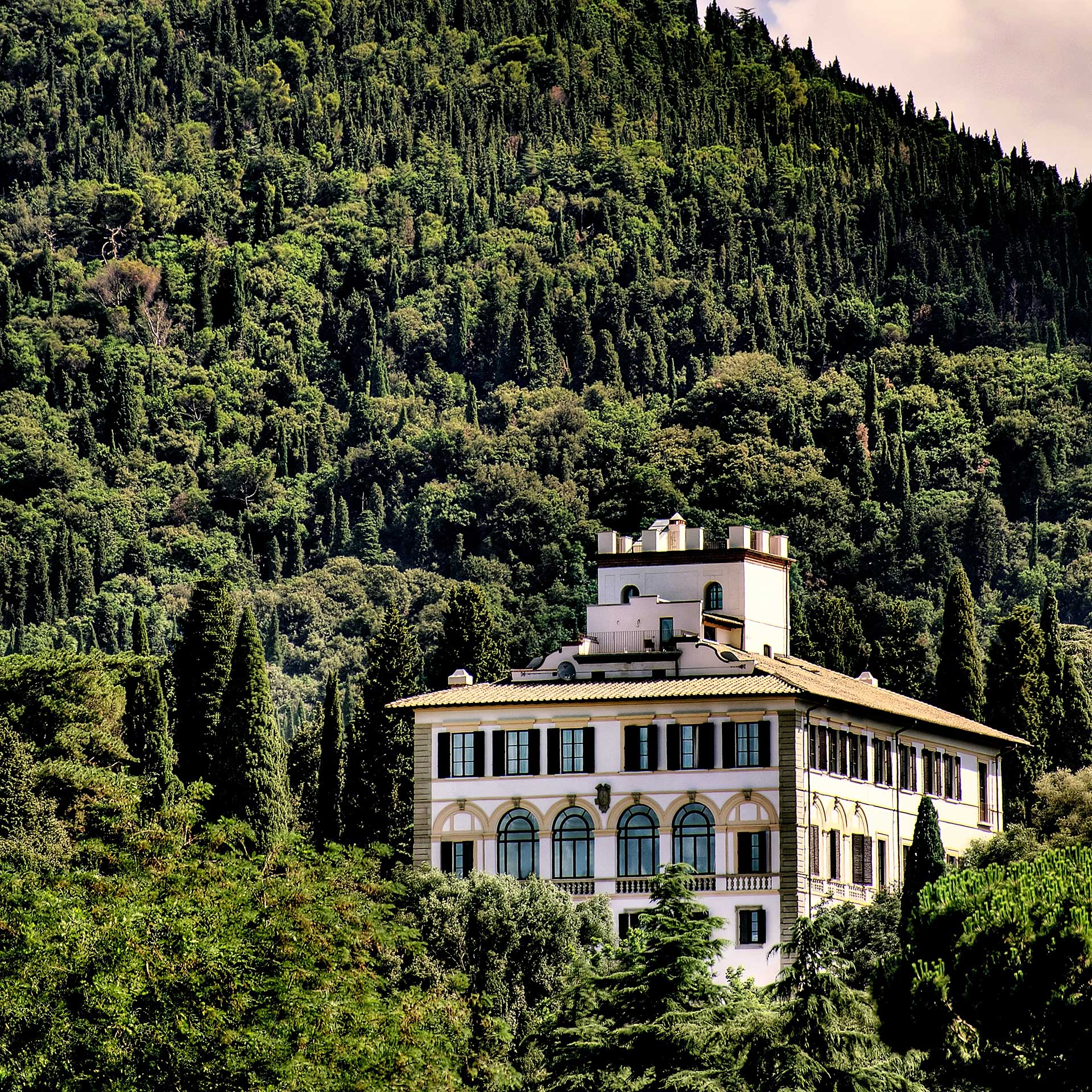 Florence, Italy
Set on a hillside in Fiesole, Il Salviatino places you quite literally above it all. It’s a lofty perch in the metaphorical sense as well — a 15th-century villa that’s now one of Tuscany’s finest small luxury hotels. In classic Italian style they’ve preserved the great majority of this Renaissance beauty’s original features even as they’ve brought the comforts up to date, and it’d take a microscopic investigation to determine what’s historically correct and what’s a lovingly rendered, spare-no-expense reproduction. 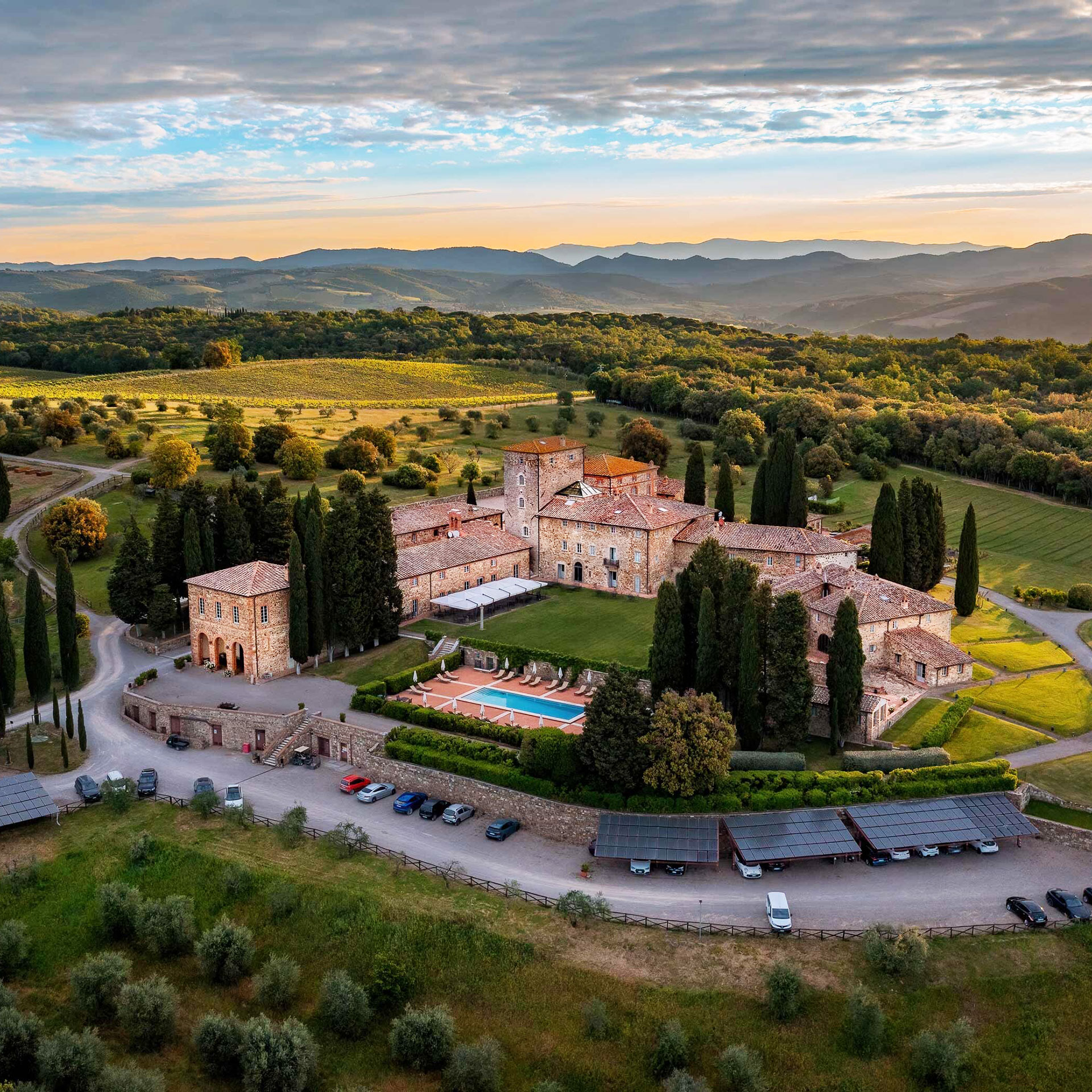 Siena, Italy
It’s not the newest idea under the sun, but when done with even a modicum of skill, a Tuscan country estate hotel is unlikely to raise many complaints. And at Borgo Scopeto Wine & Country Relais there’s much more than a modicum of skill on display. This 14th-century villa, on a hillside overlooking the city of Siena, has held tight to its many historical charms, even as it’s modernized in all the areas that count. 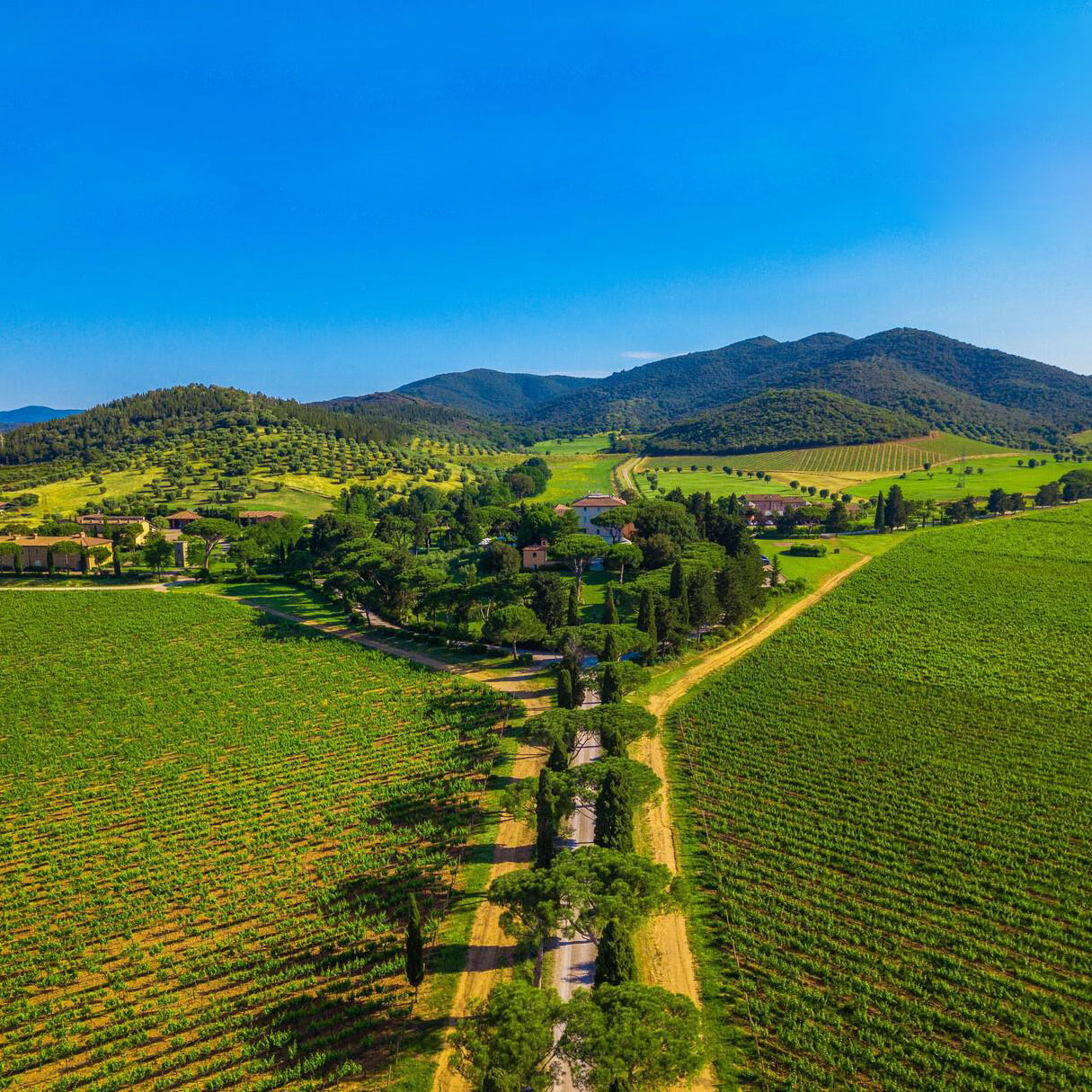 Castiglione della Pescaia, Italy
L’Andana occupies a particularly auspicious parcel of land near western Tuscany’s Tyrrhenian coast — Tenuta La Badiola was once the summer residence of the Grand Duke Leopold II, and today is as picturesque a collection of vineyards and sun-drenched foothills as one is likely to find anywhere in Italy. Despite this well-bred heritage, the estate’s aristocratic connection is traded on rather lightly, trumped by an association with a more current name, that of its owner, the French star chef Alain Ducasse. 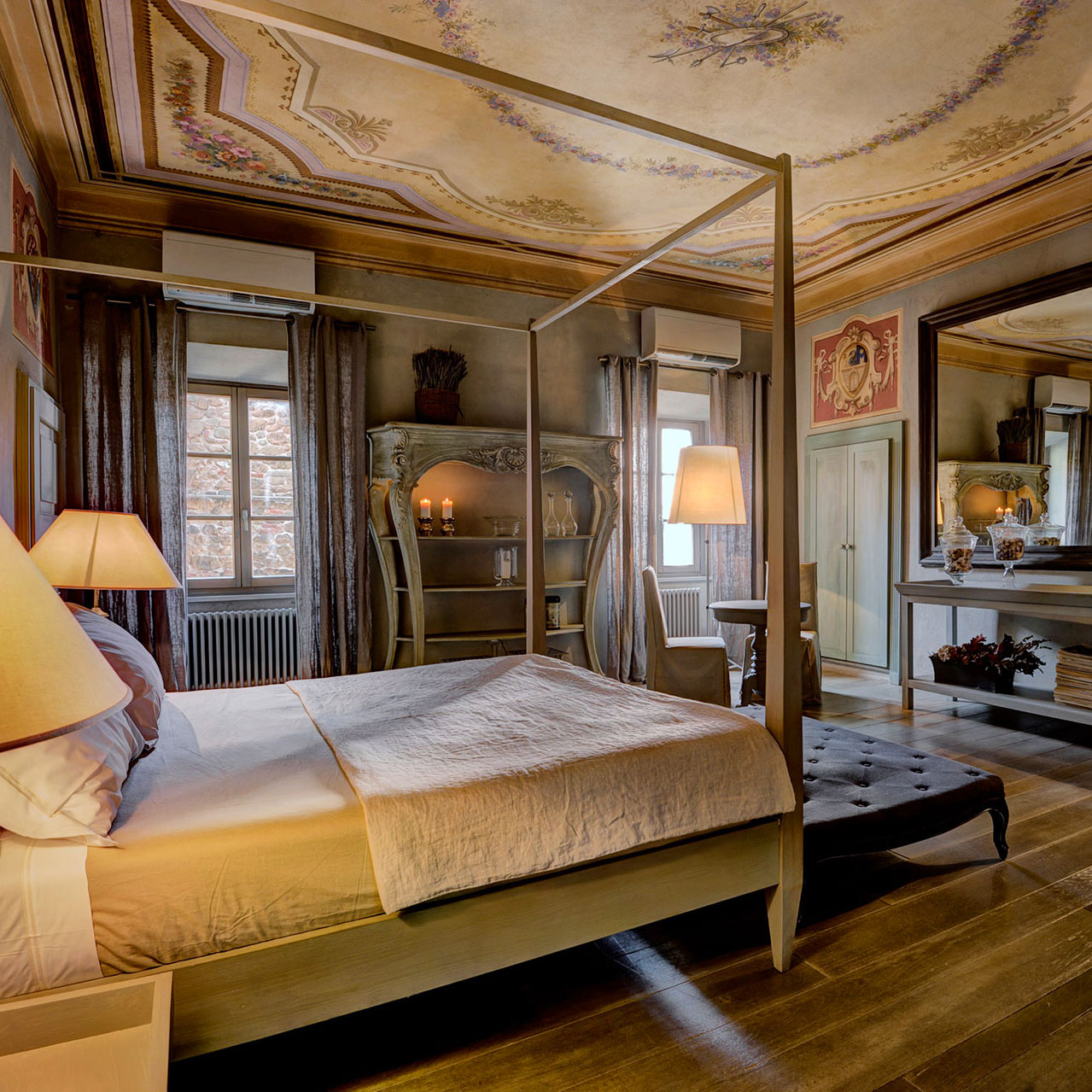 Moncioni-Montevarchi, Italy
Some upscale Tuscan villa hotels lean into the classic style you’d expect of them, while others venture in a more contemporary direction. From the outside, the hilltop Villa Sassolini, with its classic Chianti stone facade, is a clear example of the former — but inside, it all depends on the room. Whether they venture into monochrome minimalism or full-on Tuscan-rustic fantasy depends on the unit — in the older suites, with their timbered, vaulted ceilings, the historical atmosphere is foregrounded. 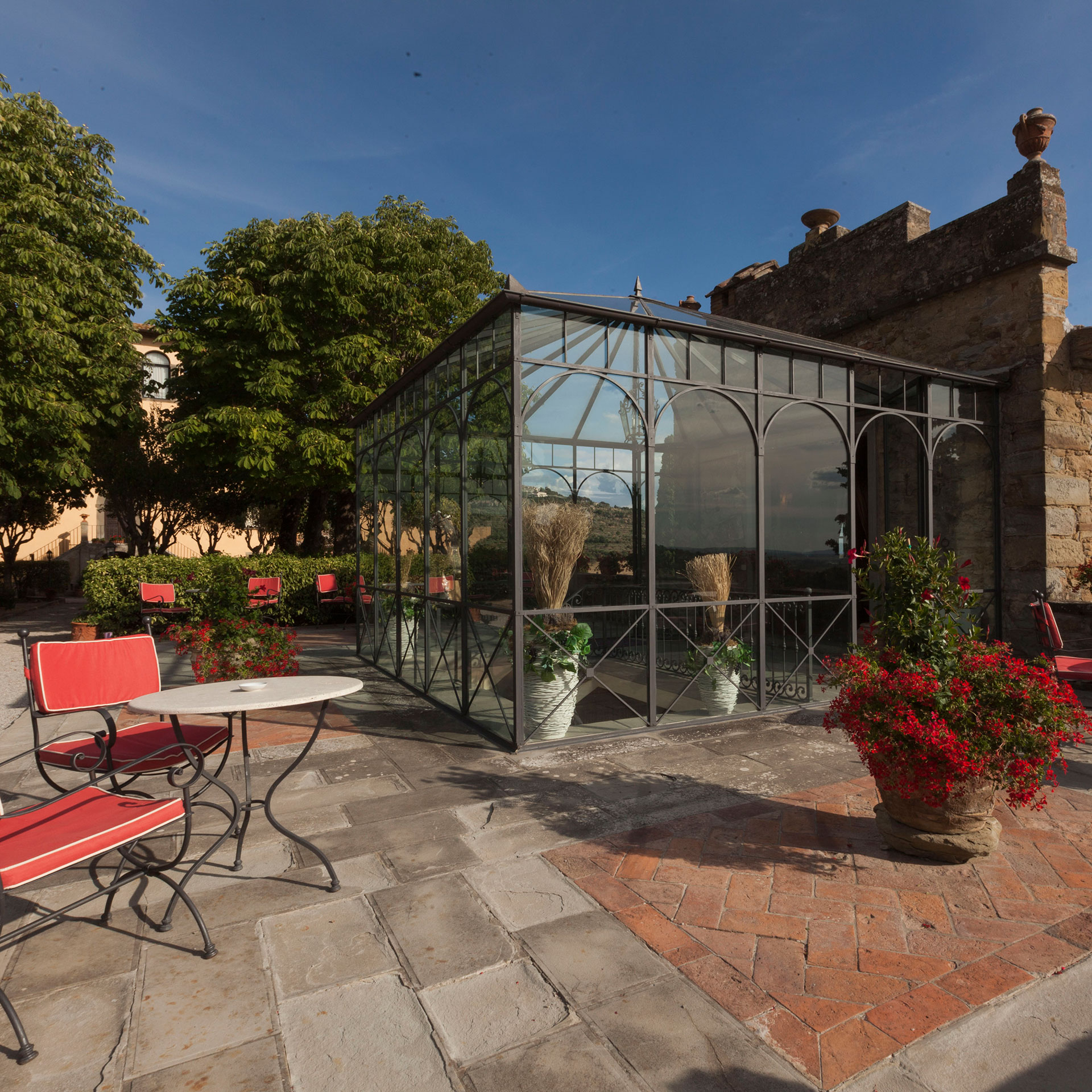 Cortona, Italy
Once home to the 18th-century poet Antonio Guadagnoli, this tiny estate and its 400-year-old buildings were painstakingly restored by owners Silvia and Riccardo Barrachi, and the result feels like an invitation to a private home. The rooms and suites at Il Falconiere are spread amongst the main villa, the barns, the country house, and the old chapel — all are decorated with antique furnishings, some with terra cotta floors, others four-poster beds, and all assembled with a decorator’s eye. 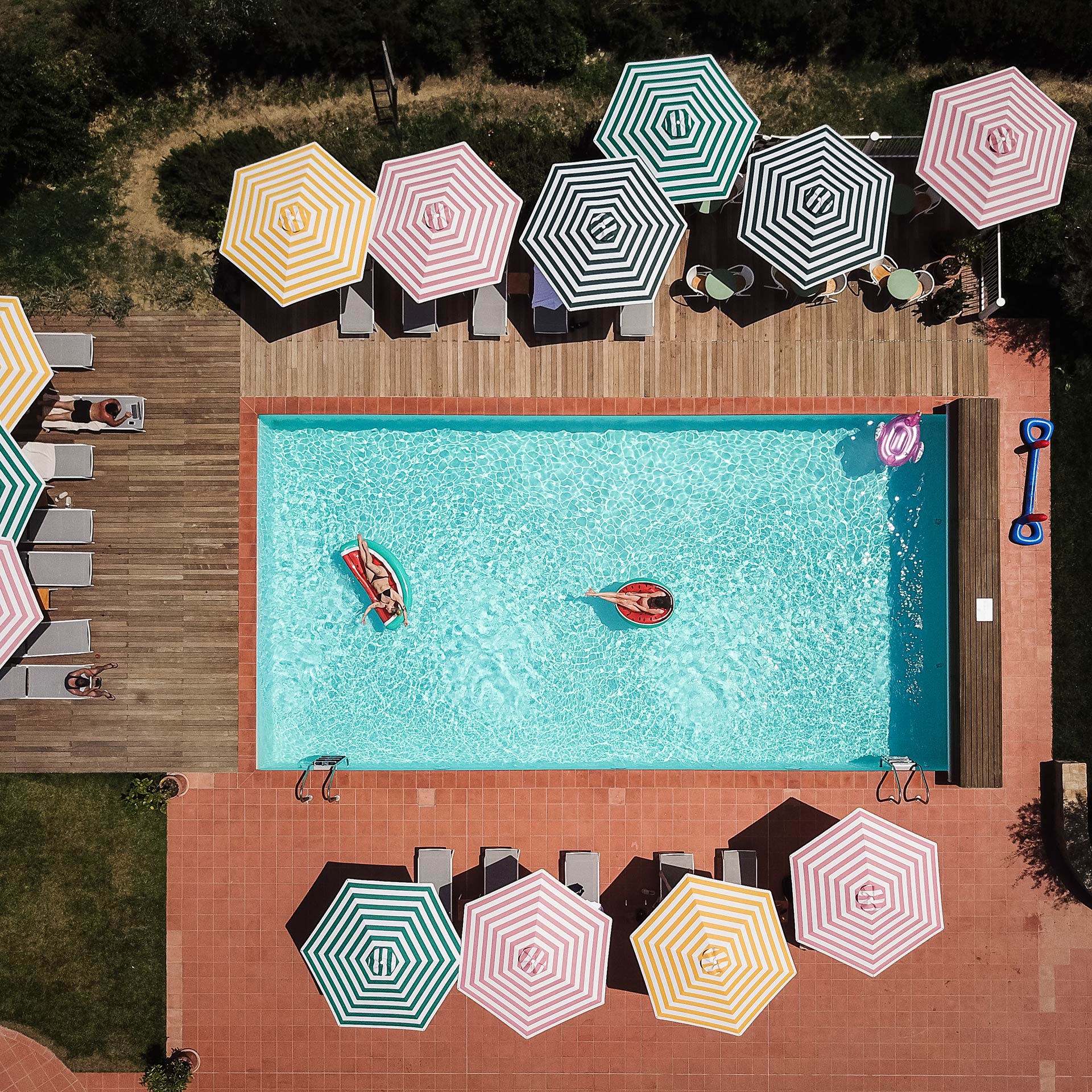 Palaia, Italy
Villa Lena isn’t just a beautifully preserved villa, serving fine wine and fine food — though it’s certainly that. It’s also a full-on agriturismo, where dogs forage for white truffles, and something of an artist’s colony where writers, musicians, designers, and artists of all stripes congregate under the umbrella of the villa’s non-profit arts foundation. 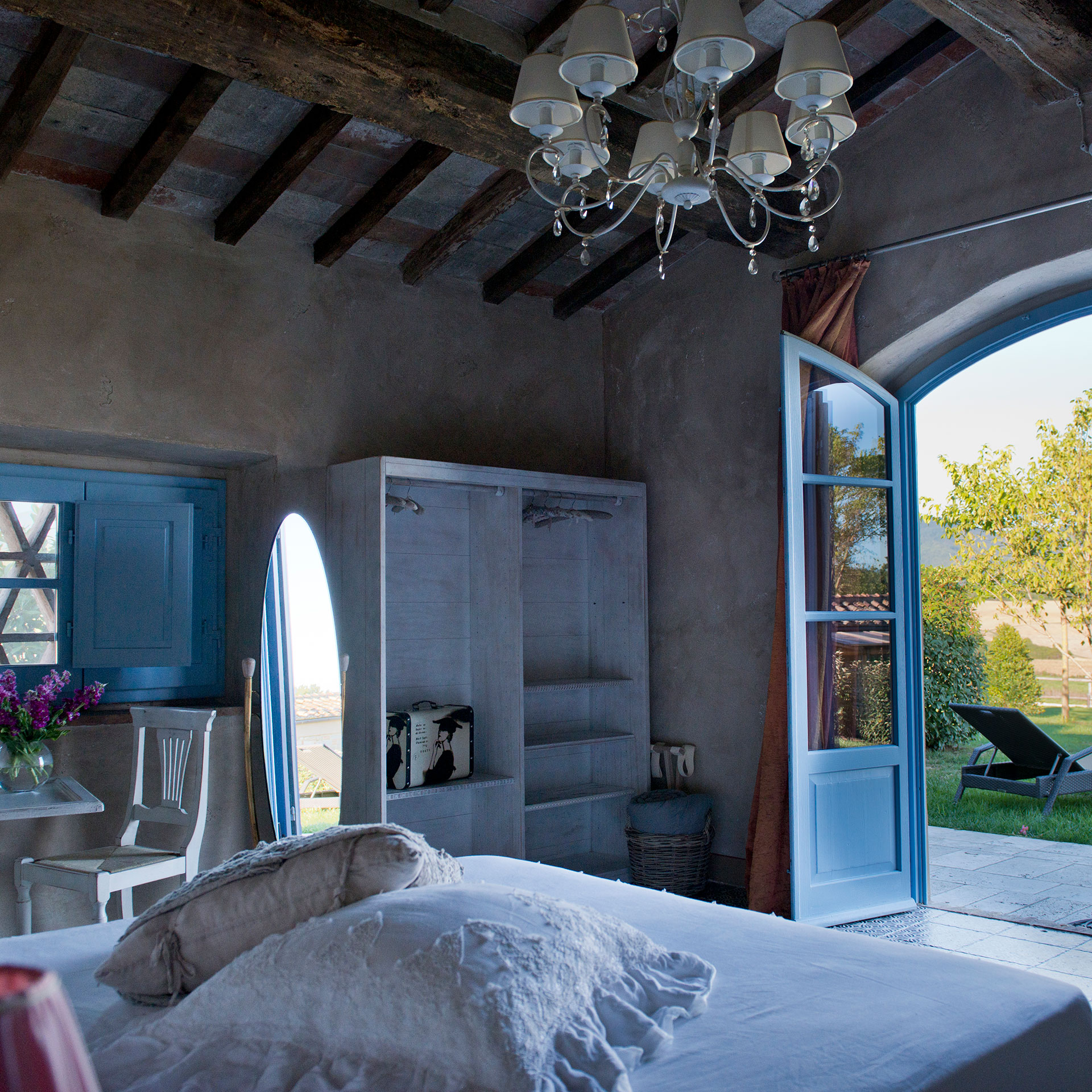 Scarperia e San Piero, Italy
Tenuta le Tre Virtù is a familiar type — a Tuscan villa turned luxury boutique hotel, with a very fine restaurant attached — but it’s the details that elevate it into something far out of the ordinary. Each rooms comes in its own distinct color scheme, some of them quite bold, and they all juxtapose rustic farmhouse architecture with elegant and finely wrought furnishings. But it’s Virtuoso Gourmet, the hotel’s Michelin-starred restaurant, that really steals the show here. 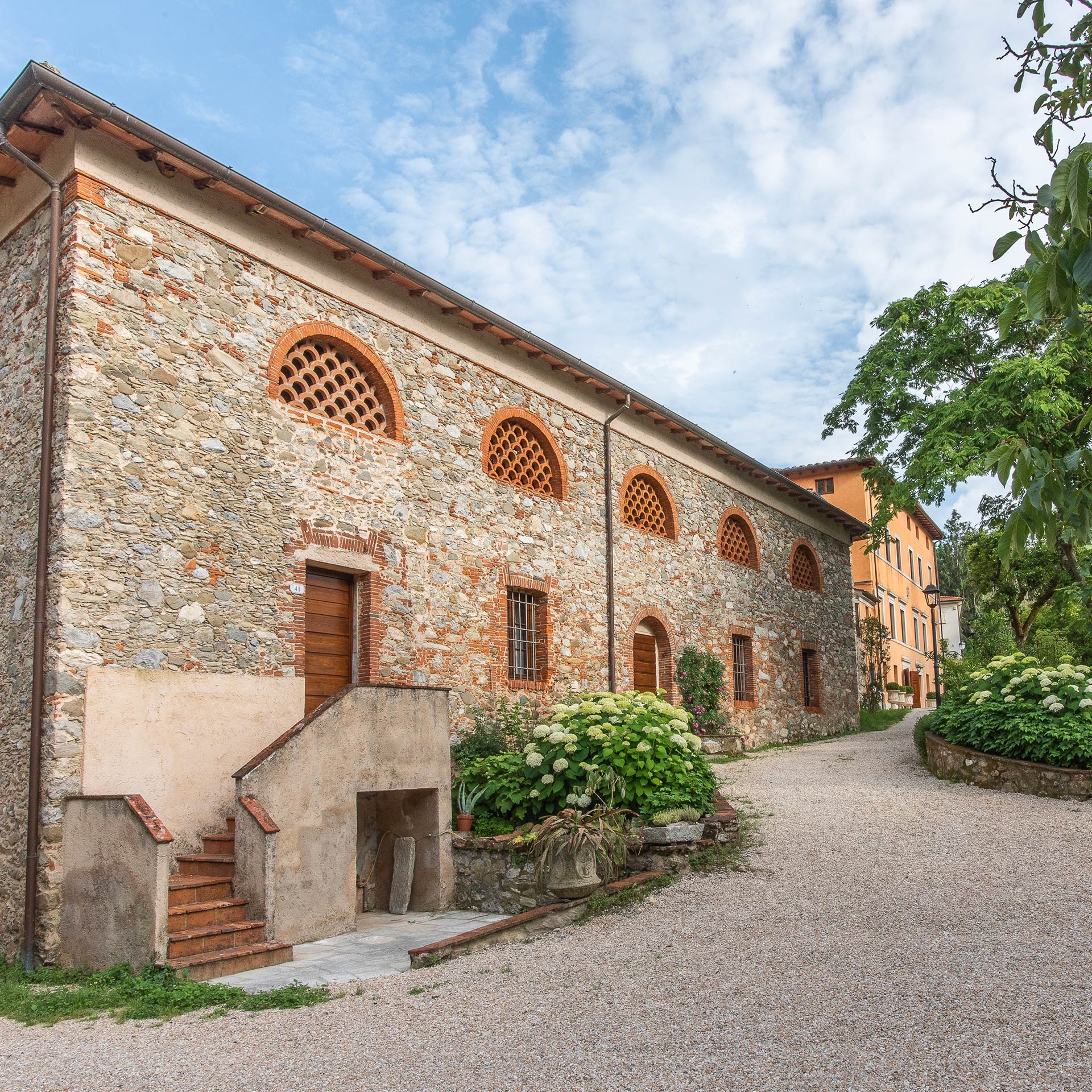 Camaiore, Italy
We love novelty as much as anyone, but the classic Tuscan villa hotel experience is one that isn’t exactly crying out to be reinvented. Relais Corte Rodeschi, in the hilly countryside outside of Lucca, is as classic an example as they come: an 18th-century aristocratic villa and a 19th-century farmhouse set on a bucolic estate, all converted into a 15-room luxury boutique hotel. 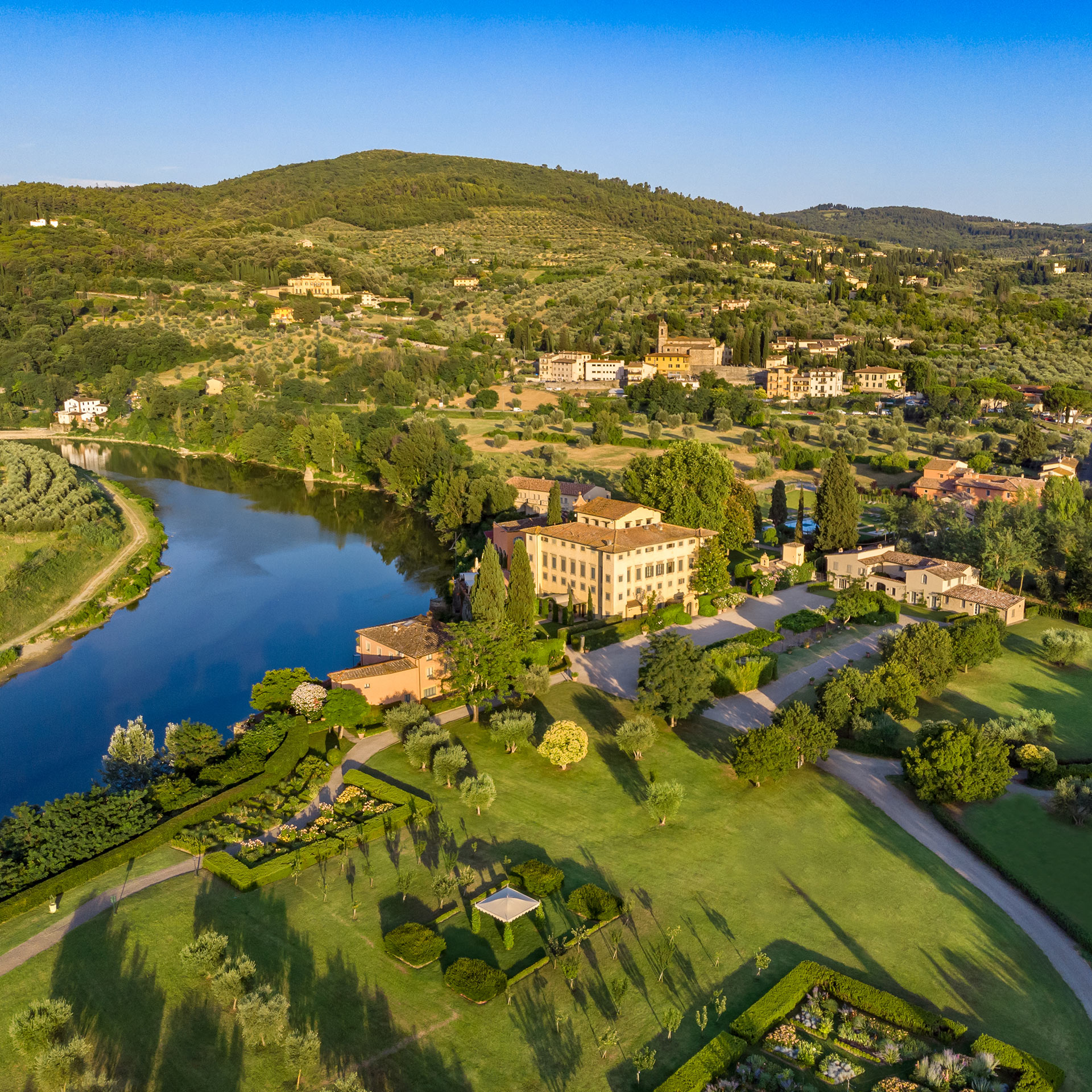 Florence, Italy
When it comes to hotels, Tuscany is among the world’s most fertile destinations. To say, then, that the Villa La Massa is among the region’s hidden gems is high praise indeed. With just 51 rooms and suites it’s edging into real boutique territory, and its location is among Italy’s most desirable — it stands just outside of Florence, overlooking the Arno river and the Chianti Valley, surrounded by twenty-two acres of parkland splendidly secluded amid the rolling Tuscan hills. 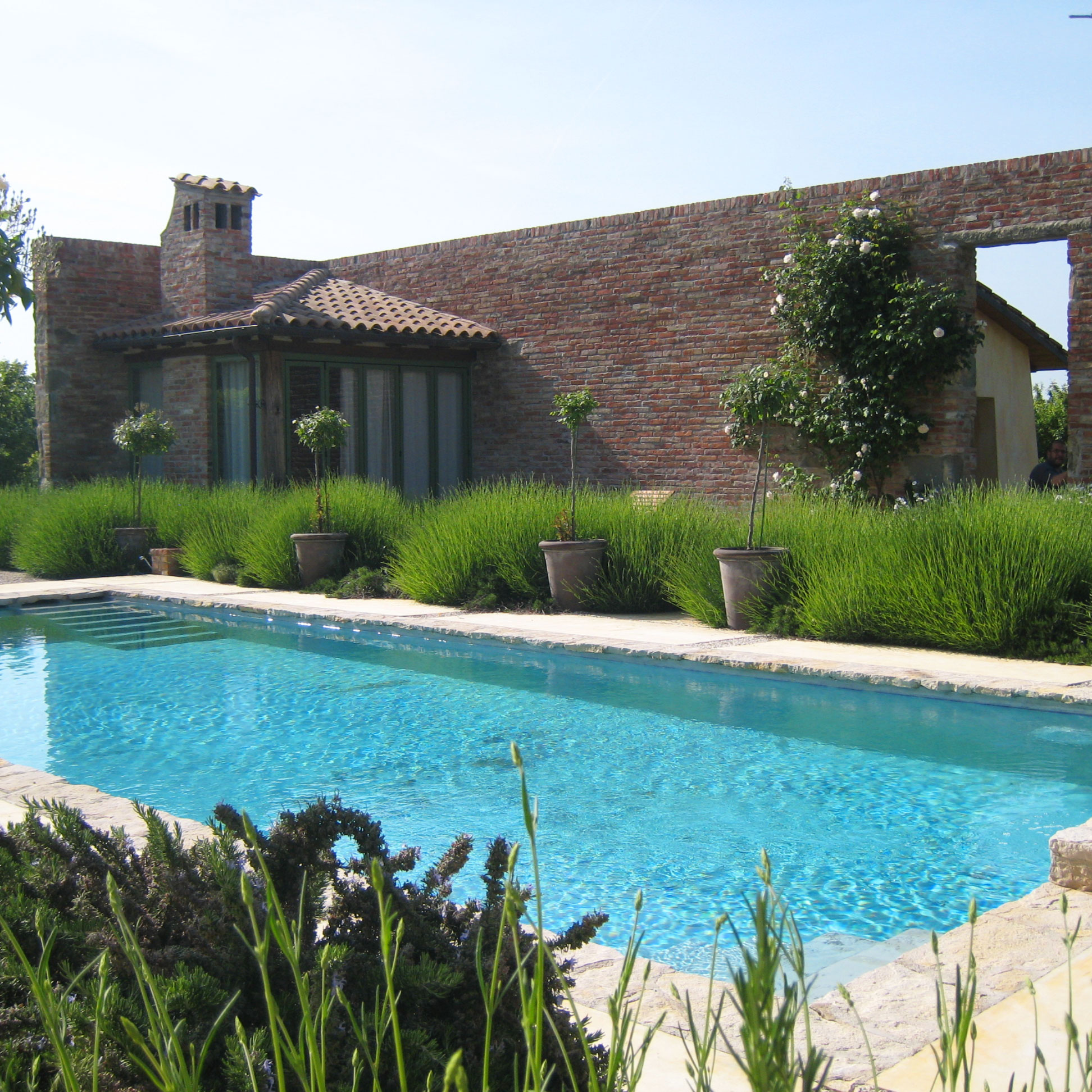 Arezzo, Italy
Villa Fontelunga is not at all the stereotypical Tuscan experience. This Padronale residence has been thoroughly redesigned, and is a charming blend of old and new. We have nothing against old-fashioned Italian villa hotels, and they are a local specialty, in perennial high demand. But it is refreshing to know there is another option, an unpretentiously contemporary place where the traditional antique furniture sits alongside pieces by Philippe Starck and Arne Jacobsen. 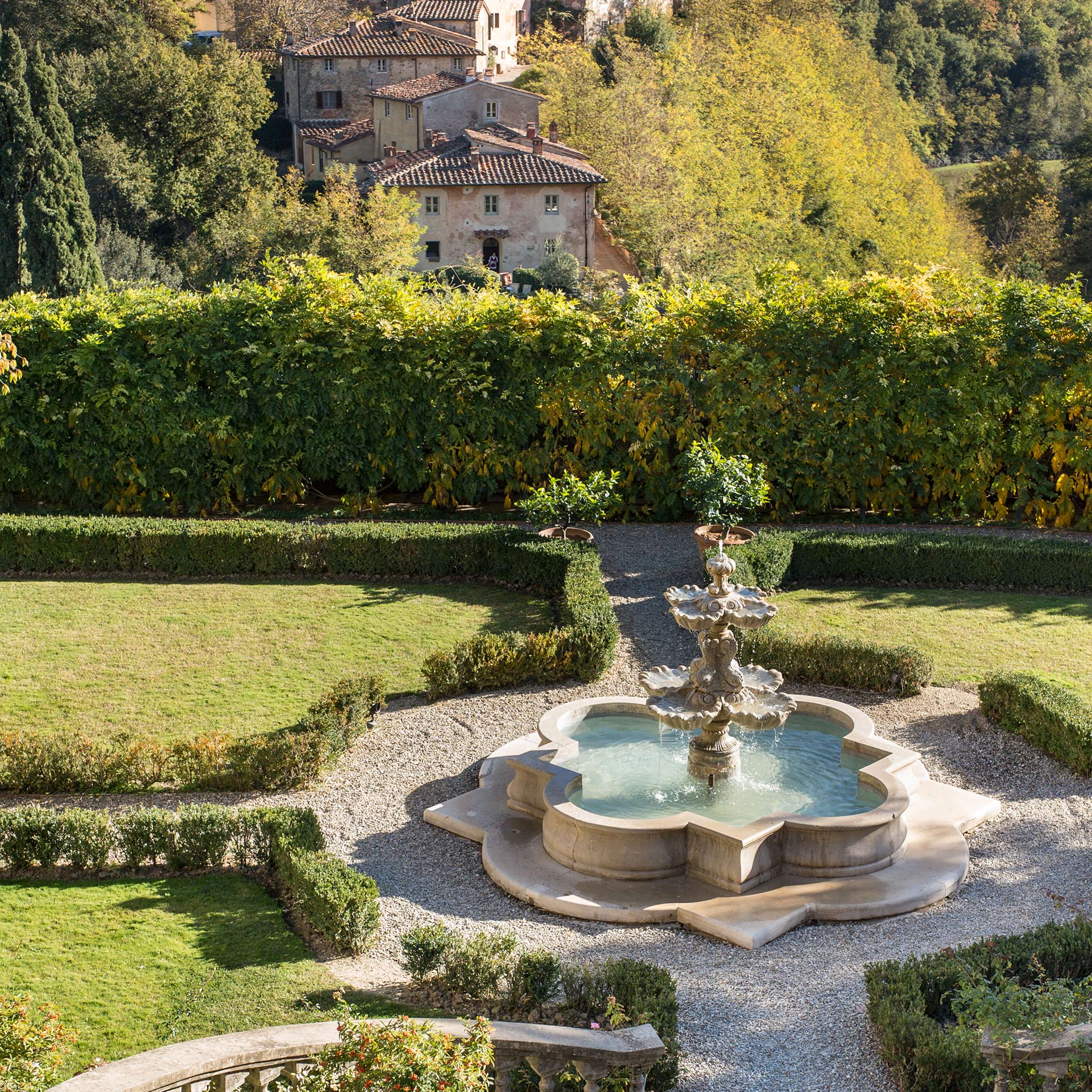 San Giustino Valdarno, Italy
Il Borro is a sprawling estate in San Giustino Valdarno that Ferruccio Ferragamo bought in 1993 and have since been developing into the Tuscan luxury hotel to end them all. Il Borro comprises no less than an acclaimed, hundred-plus acre vineyard and winery, vast groves of olive trees amidst the cypress and oaks, plenty of rolling green hills, three villas, another three lavish farmhouses and — here’s the real coup de grâce — an entire restored medieval village. 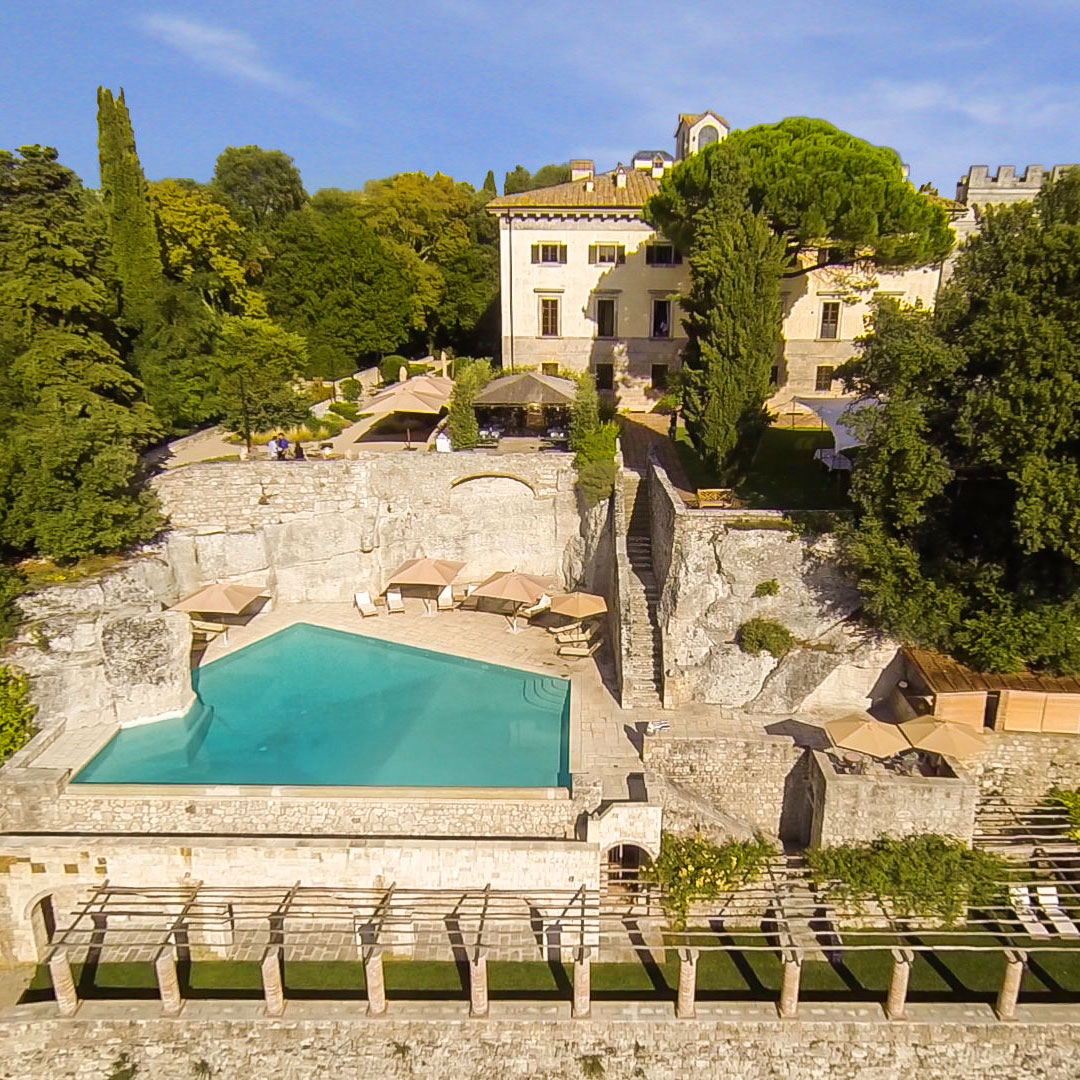 Volterra, Italy
Just your typical, everyday 750-acre Tuscan estate, a centuries-old villa on the site of an Etruscan-era hamlet equidistant from Florence, Siena and Pisa, now converted into a warm, welcoming, slightly bohemian and remarkably green country-house luxury hotel. If there was one of these on every Tuscan hillside, we wouldn’t complain — but of course Borgo Pignano’s appeal depends on the fact that such a complete fantasy package is in fact vanishingly rare. 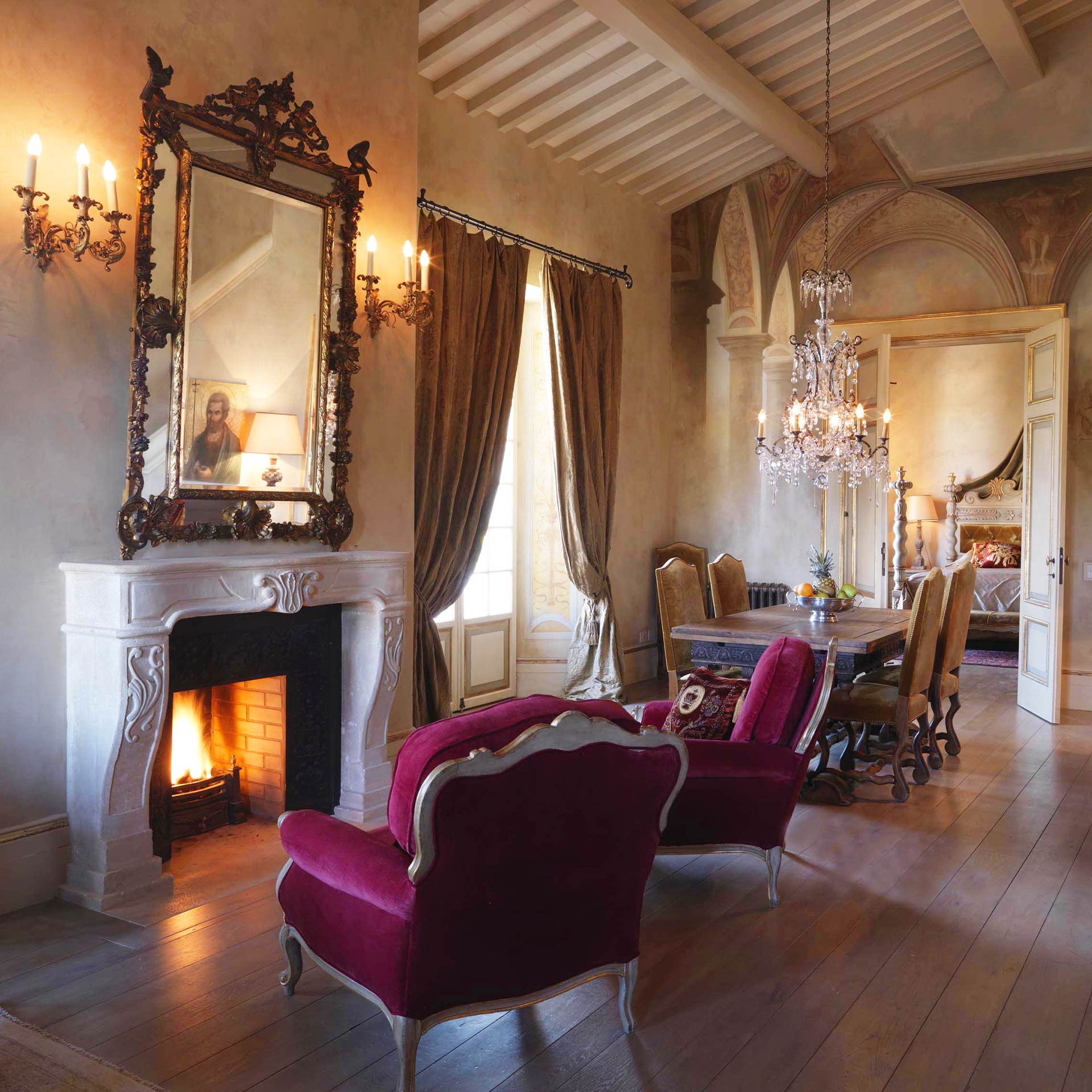 Chiusdino, Italy
In a manner of speaking, Borgo Santo Pietro could be considered a design hotel. It’s just that the design in question is thoroughly thirteenth-century. In spite of the youth of its Danish owners, not to mention the state-of-the-art modern luxuries on offer, the Borgo Santo Pietro has opted for an atmosphere that’s utterly antique — if you silence your mobile phone and hide the flat-screen television, you could just about convince yourself you’re living in the Renaissance. 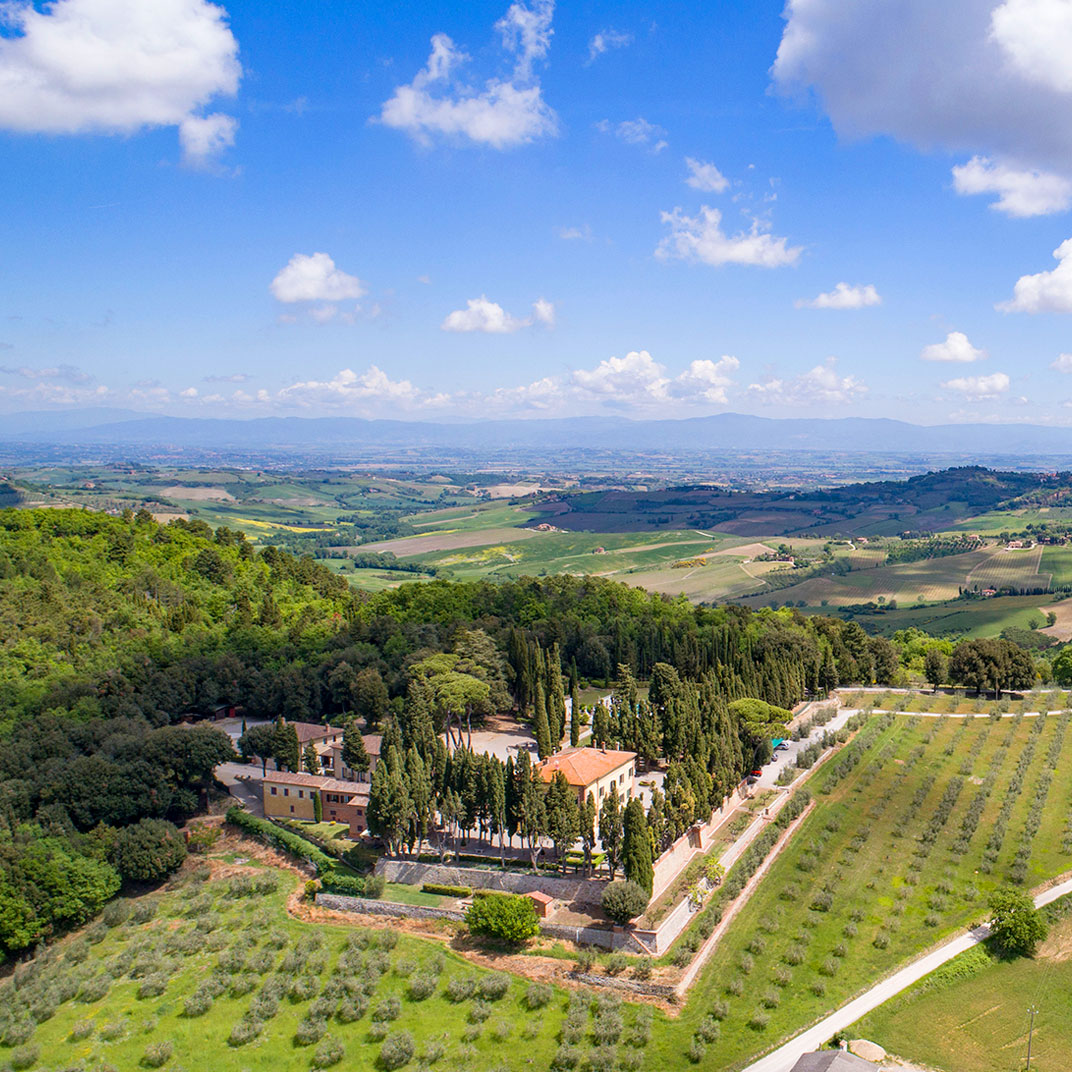 Montepulciano, Italy
It seems there’s truly no end to the wonders of the Tuscan countryside. Villa Poggiano stands on a picture-perfect hilltop plot overlooking the Val d’Orcia, barely a minute’s drive outside of Montepulciano. It’s an 18th-century villa originally built as a summer home for an aristocratic family from Siena, which means it’s already perfectly suited to its new life as an intimate, residential-style luxury hotel. 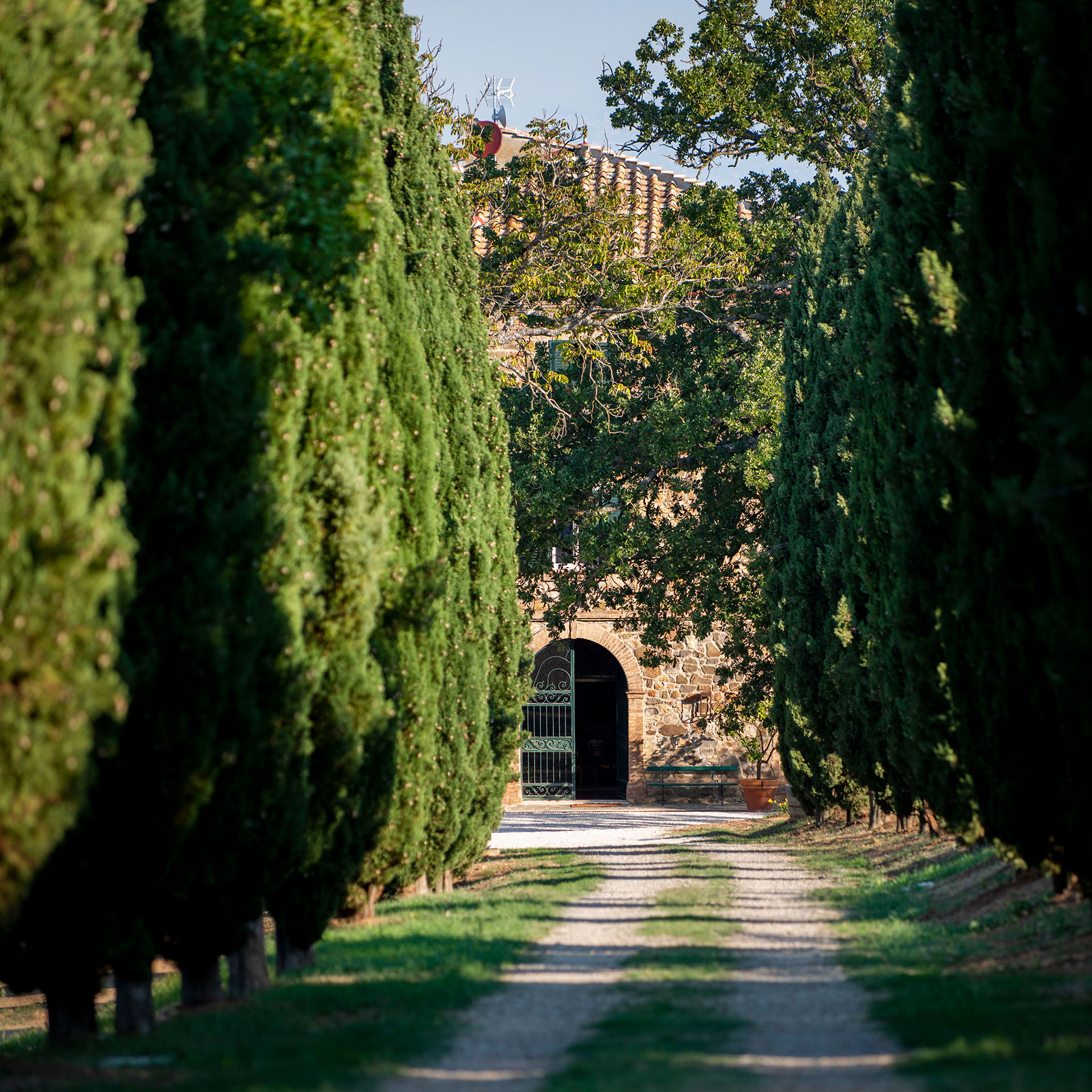 Montalcino, Italy
Every corner of Tuscany has its partisans, surely, but there’s no place quite like Montalcino, famous for the walled hilltop city, its idyllic surroundings, and the region’s coveted sangiovese grosso wines. And to that list of attractions you can add at least one extraordinary hotel. Villa le Prata – Residenza del Vescovo is a scant five minutes’ drive from the city walls, and it’s as pure an introduction to the delights of Tuscan countryside living as you could possibly ask for.