Among the surprises of the 110th edition of the MICHELIN Guide France 2019 unveiled last month in Paris was a generous distribution of new stars—75 in all between the one-, two- and three-star categories—including an unprecedented number awarded to non-native French chefs.

Sixty-eight newcomers to the one-star club, the first step on the podium to culinary glory, were announced this year, compared to 50 chefs named in the same category in 2018. Twenty of the 68 winners are transplants to Paris, and 10 of them, thus an impressive 50 percent, are young talents from distant lands who honed their skills in their native countries or elsewhere around the planet, before deploying their hopes, dreams and ambitions on French soil.

“Every actor dreams of going to Hollywood to make films,” commented one French journalist in a recent documentary on the subject of foreign chefs in France. “For chefs from all over the world, it’s a little the same story regarding France and its gastronomy.”

Far from the nebulous labels of “world food” or “fusion cuisine” flaunted a decade or so ago, these chefs of widely varying origins and profiles pledge unwavering allegiance to French technique and culinary tradition. If they speak French with an accent, their cuisine is technically and essentially French with the scintillating hint of a foreign accent and intriguing intonations, expressed through spices and subtle touches. 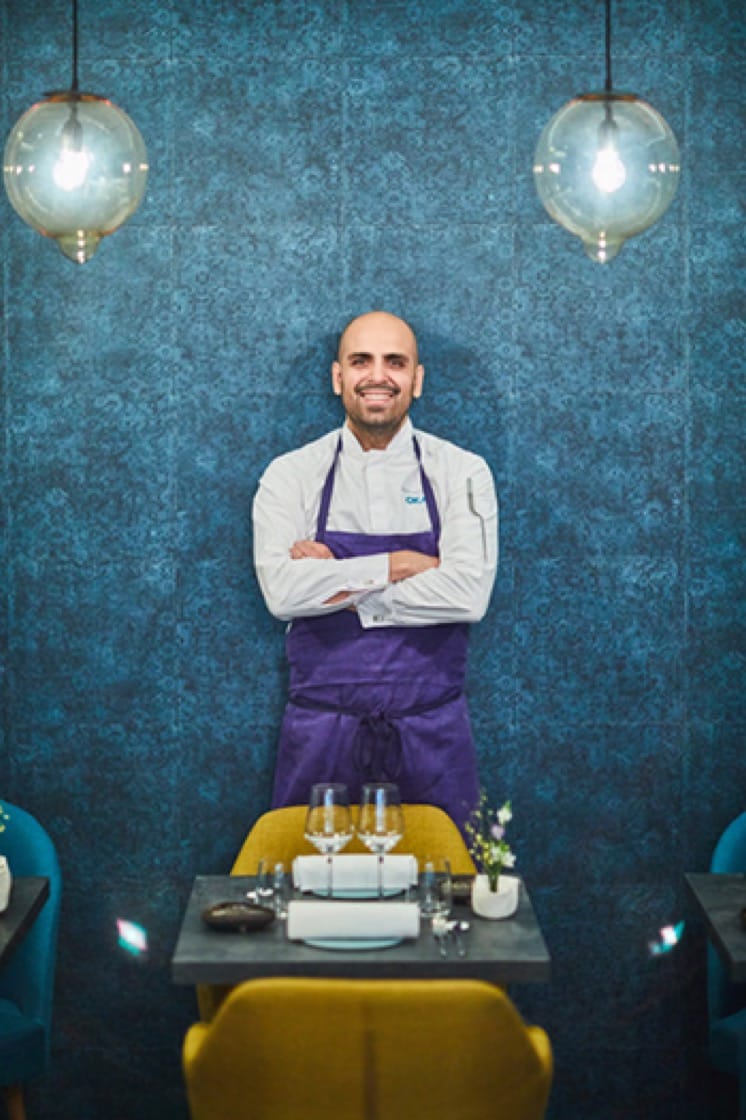 Raphael Rego, 34-year-old Brazilian-born owner of Oka, newly crowned with one Michelin star, discovered his passion for cuisine at the age of 18 in Australia, after setting out to study international marketing there. “When I worked in Australian kitchens, I understood the importance of the rigor, precision and techniques of classic French cuisine,” he says. For him, the message was clear—one can not become a true chef without passing through France—the cradle of gastronomy. After coming to Paris to study haute cuisine at the renowned Ferrandi culinary school, Raphael worked in the kitchens of some of the capital’s great chefs, including Joël Robuchon and Michel Rostang, as well as at the restaurant Le Taillevent, before opening his first restaurant, Oka, in 2014.

He quickly earned a Bib Gourmand, Michelin’s tip of the toque for promising value-for-money restaurants. This first nod of approval in 2015 encouraged the young chef to open the second, more ambitious version of Oka in 2018. He describes it as “a tribute to French cuisine ‘my way’ through my Brazilian heritage,” expressed through dishes such as his sphere of açai and passion fruit. “I find it extraordinary that the MICHELIN Guide is open to my cuisine and that of others like me.”

Others like him include another one-star newcomer, the 36-year-old Ayumi Sugiyama, who studied pastry in Tokyo before returning to her native town of Shizuoka, Japan, to work in a French-style pastry shop. She came to France in 2003. “I was curious to know how things work in a ‘real’ French pastry kitchen here in France,” she says. Sugiyama knew no one and didn’t speak French, but after eight years of working her way up through the ranks in different pastry shops and restaurant kitchens, she convinced two former French colleagues, one a chef and the other a sommelier, to collaborate in her own restaurant adventure, Accents Table Bourse, which opened in 2016 near the Paris Opera. Among Sugiyama’s creations are a cardamom-scented white chocolate and chestnut mont-blanc with kumquat and a candied kumquat with yogurt, white chocolate cream and lemon sorbet. 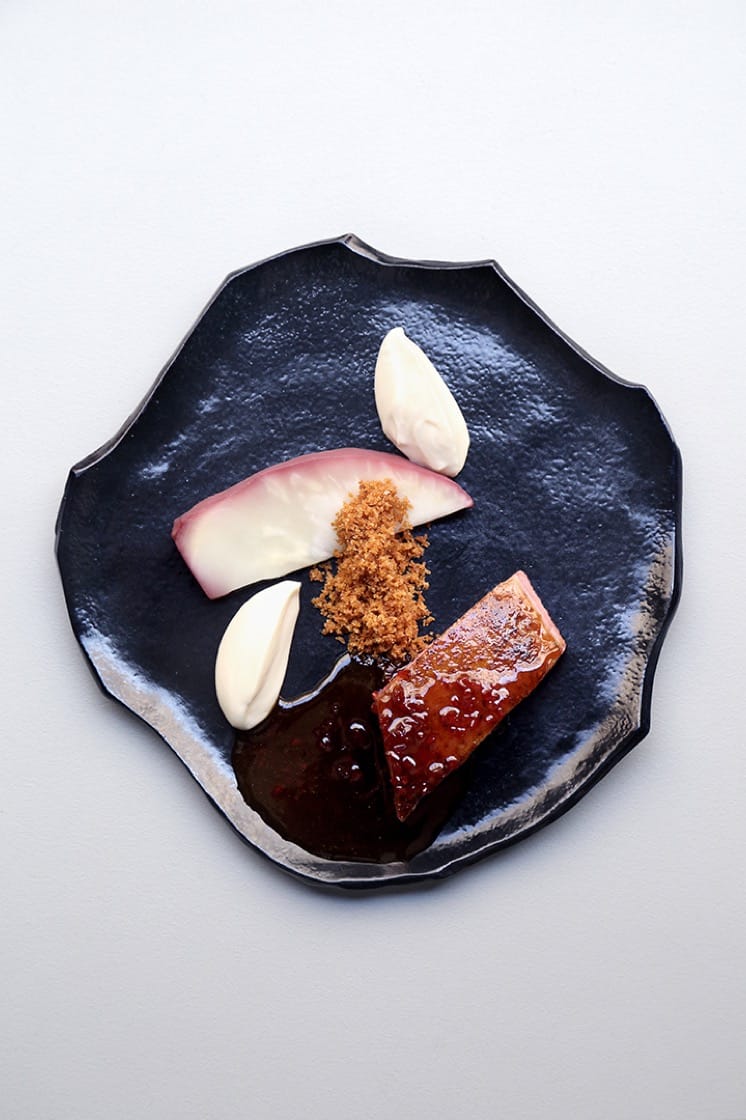 The 31-year-old Cancún-native Indra Carrillo (pictured at the top of the page) has nurtured a passion for cooking since the tender age of 12. He had a fascination for chefs—particularly French chefs—and worked in restaurant kitchens in Mexico throughout his secondary schooling before setting out to cook in restaurants in India, New York, Italy and, of course, France. He received his diploma from the Institute Paul Bocuse in 2007, and worked in the kitchens of Paul Bocuse, Éric Fréchon and Pascal Barbot before opening his own restaurant, La Condesa, in 2017. He describes his menu as an invitation to travel, solidly based on French cuisine de terroir, including dishes such as a Kriaxera duckling with celery root and red pepper sauce, or his salmon confit in olive oil with a sauce of pimprenelles and nettles.

The 2019 MICHELIN Guide France award ceremony culminated in true Hollywood style, with a drum roll buildup to the announcement of the newest recipients of the guide’s highest rating of three stars. This year there were two additions: Laurent Petit of Le Clos des Sens in Annecy and Mauro Colagreco of Mirazur on the Cote d’Azur. The latter, born in Argentina before tracing his route through some of the world’s and France’s finest kitchens, is an inspiration for all of those young talents who pay tribute to French cuisine through their own cultural prisms. “We are all here with the same goal,” Colagreco comments, ”to give pleasure to our clients while giving ourselves pleasure.”