Curtis Duffy folds his arms in contemplation; the tattoo on his left arm crinkles as if it has a life of its own.

“Grace is the beauty of form, under the influence of freedom,” it reads.

When the tattoo moves, it’s like coming face-to-face with Duffy’s perception or the spirit of Grace, his restaurant.

“When I think of Grace, I think about refinement, elegance and beauty,” he explains. “This word describes my food well—it is also what I would like to bring to the table for my guests.” 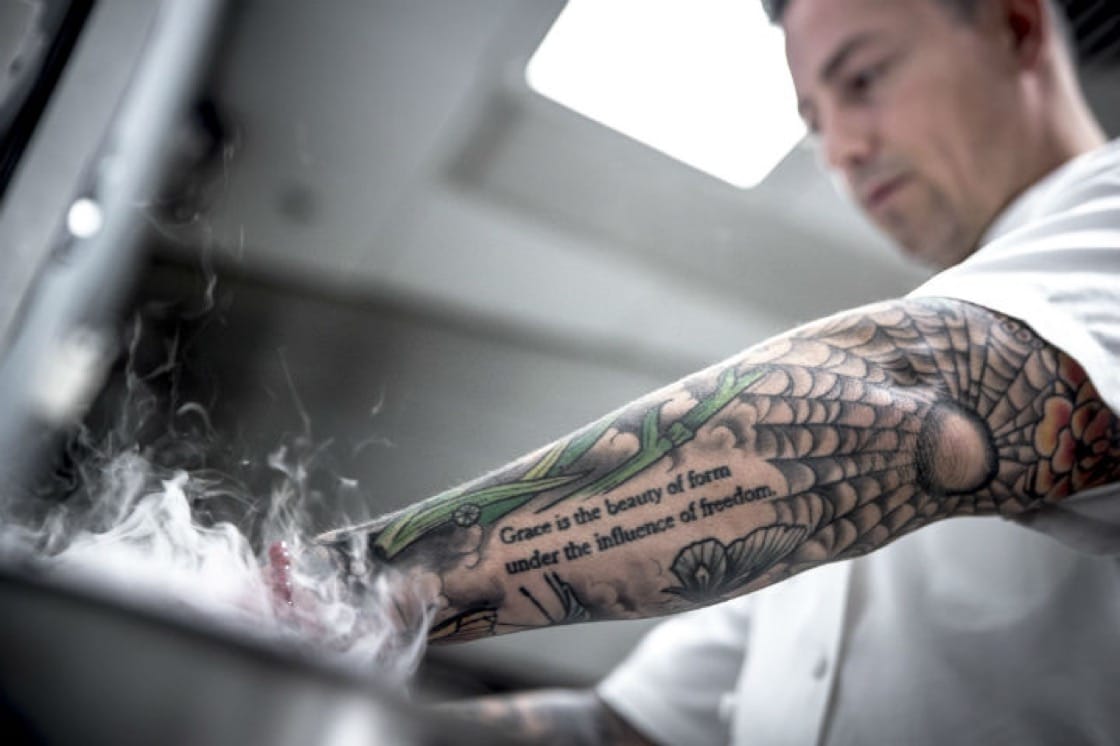 His claim to fame in recent years was as the troubled protagonist in For Grace, a documentary produced by Chicago filmmakers Kevin Pang and Mark Helenowski.

In it, Duffy’s tumultuous journey as a teenager was meticulously retraced, giving insight into how Grace was born. The producers did all they could to draw out Duffy’s checkered past and at its emotional height, had him unpeeling the raw layers of his being to reveal his deepest wounds. And right there in front of the screen, Duffy breaks down.

In person though, he is soft-spoken, delivering his words carefully, thoughtfully and with intent. In the documentary, he appears larger than life, oozing charm and with the stately presence of a tree: that of solid grounding and an assuring energy that hums quietly and calmly.

"It might have been my ‘growing up’ years,” he replies. “The experiences I have been through haven’t been that positive or easy for me. Our family was always struggling to make ends meet, and because of this, I have become so much more appreciative and grateful for what I have today.”

He pauses, “This includes how I was certain that I wanted to be a chef at the age of 14.”

Indeed, while he was born and raised in Columbus, Ohio, Duffy knew at a young age that he had a passion for cooking. His resumé reads like a roll call of some of Chicago’s best restaurants—he started out at Charlie Trotter’s now-defunct eponymous restaurant for three years before leaving for Trio, where he met fellow chef Grant Achatz. 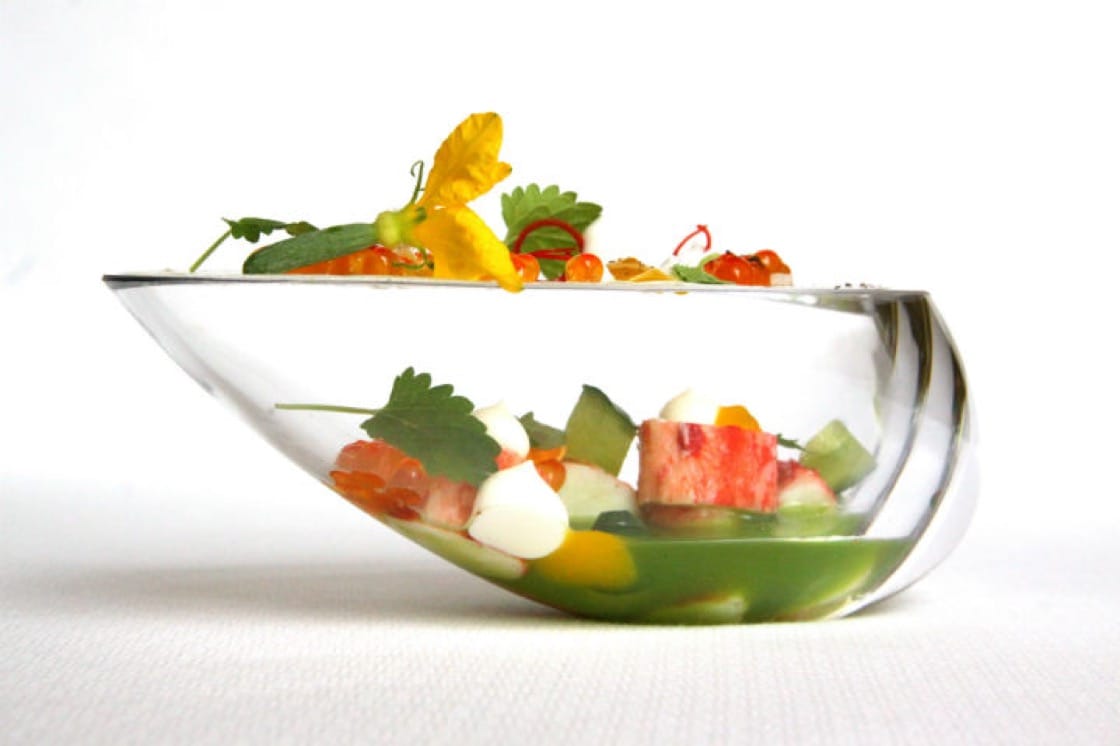 Alaskan King Crab, kalamansi, cucumber, LEMON BALM.
A few years later, both chefs left to open Achatz’s headlining restaurant, Alinea. Duffy then took his skill set to Avenues, where he garnered many accolades including two Michelin stars. By mid-2011, Duffy was ready to leave Avenues and began conceptualizing Grace, which opened in late 2012.

At Grace, Duffy showcases his culinary style, one of elegance and, well, gracefulness. He puts ingredients at the forefront and draws on his wealth of experience in a way that employs technique to enhance flavor. 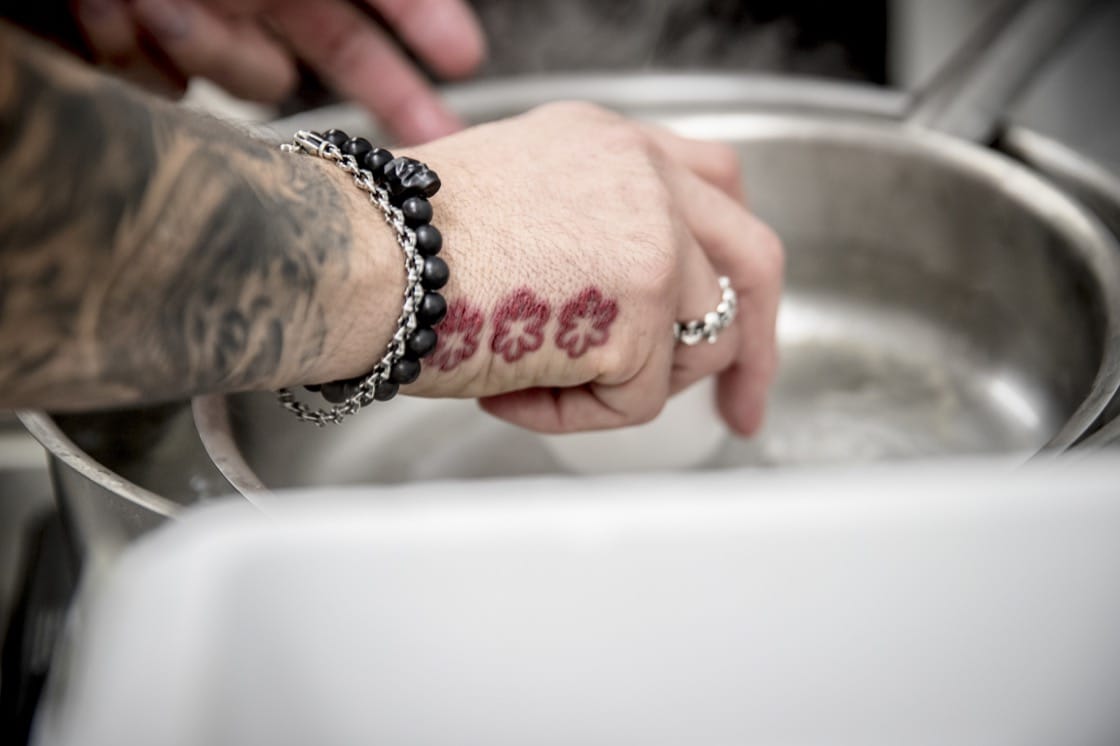 But what if three becomes two?

That’s not to say that rock stars can only be found behind the stoves. At one point during the interview, Duffy mentioned that he wanted to acknowledge and give thanks to his front-of-house staff for presenting his food to diners on his behalf.

“Many times, chefs are busy working in the kitchens, getting the food out. But it is the front of the house who is presenting my food to our guests,” he states. “They have to know my food, how I feel about what I am cooking and what I want to express. More often than not, we missed this point and did not say our thanks.”

Now at 42 years old, Duffy has amassed more than 20 years of cooking experience, and believes that the trade is something that gets better with age.

“Eating or tasting food comes with experience. Before the age of 30, you might not have accumulated enough dining or traveling experience to build a bank of flavors at the back of your mind.”

“Nimble thought processes allows one to explore new possibilities. If you think of this process as a muscle, then it is necessary to use it often. Thought processes also embody refinement, so it’s got to be something you do every day, to allow one to approach the new, to improve and progress and to be better than yesterday.”

“This is also something I want to impress upon on the younger chefs—that you might not have inspirations every day, but when we meet with mental blockages, it is important to maintain open mindedness and to accept the situation that the environment presents, it is this that allows one to receive any kind of inspiration.”

So what, then, is he inspired by?

“The littlest things in life,” he says, as evidenced in his dishes.

Every course is accented by herbs, from the usual suspects like chives and dill, to the less common ones like hyssop and amaranth. On the menu, he has given these botanicals prominence by writing them in caps in the descriptions next to his one-word dish names. Caviar is described simply as, ‘Meyer lemon, brioche, CHIVE,’ while Scallop is explained as ‘coconut, licorice, HYSSOP’. 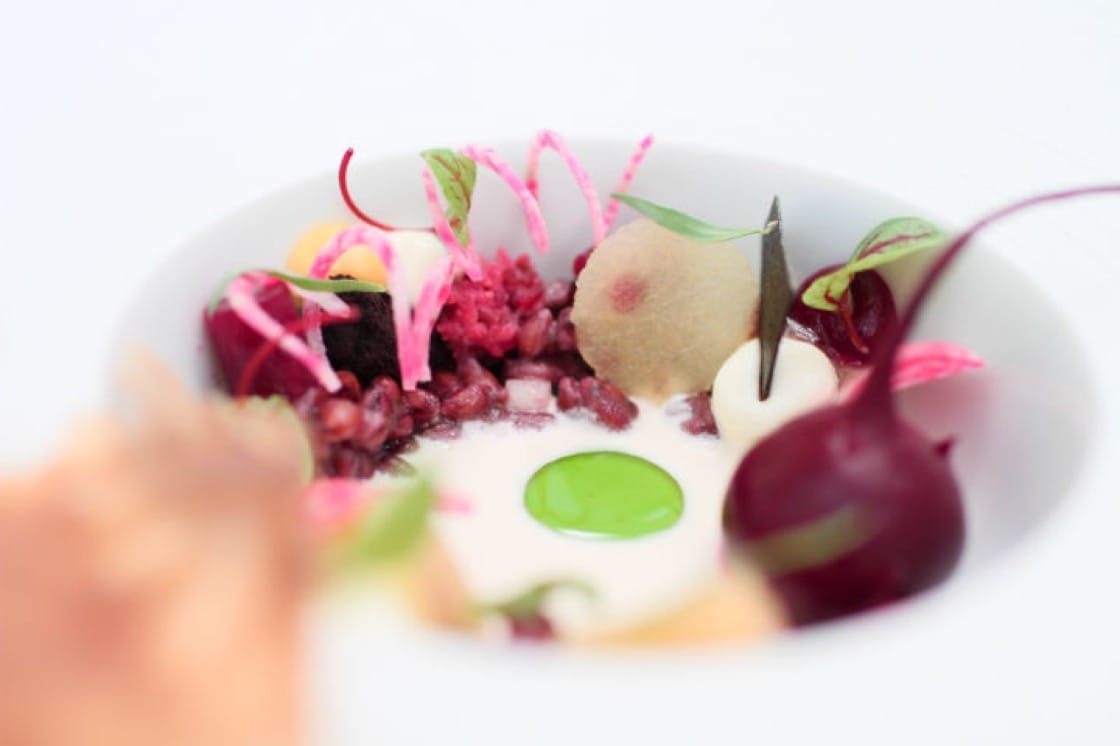 Beet, black garlic, apple, TARRAGON.
These greens might appear small and vulnerable but their flavors pack a punch, summing up Duffy’s ambitions and how he expresses his spirit.

“When I was a sous chef, I loved seeing people happy because of good food. Then gradually, I fell in love with the creative process of how ingredients became dishes seeing how these dishes would touch diners.”

As expounded by Duffy himself, his food and his philosophy, Grace is about constant refinement and betterment. It is the work of distilling one’s authentic self from life’s experiences, for the purpose of expressing one’s spirit. 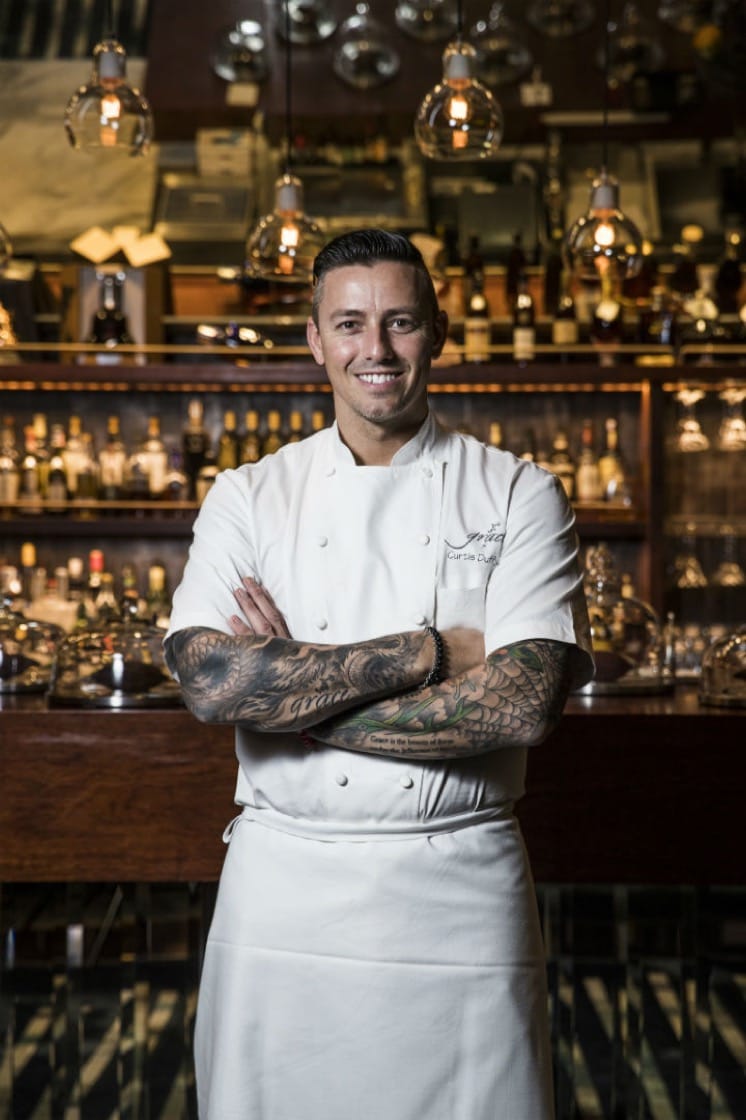 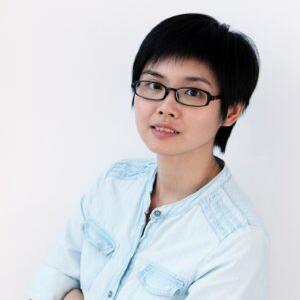 The table brings good food, beautiful people and inspiring moments. There is always a new experience, a new memory that is created each time. Along with ingredients, flavors and chefs, Pin Yen travels, discovers and finds. The table is her teacher.