Behind the Bib Video: Olmsted

Get to know the chef behind the Brooklyn hotspot.

“I don’t want to just be seen as Grant Achatz’s protégé or one of his cooks. I want him to admire the work that I’m doing,” says Greg Baxtrom, chef/owner of Olmsted in Brooklyn’s Prospect Heights neighborhood. 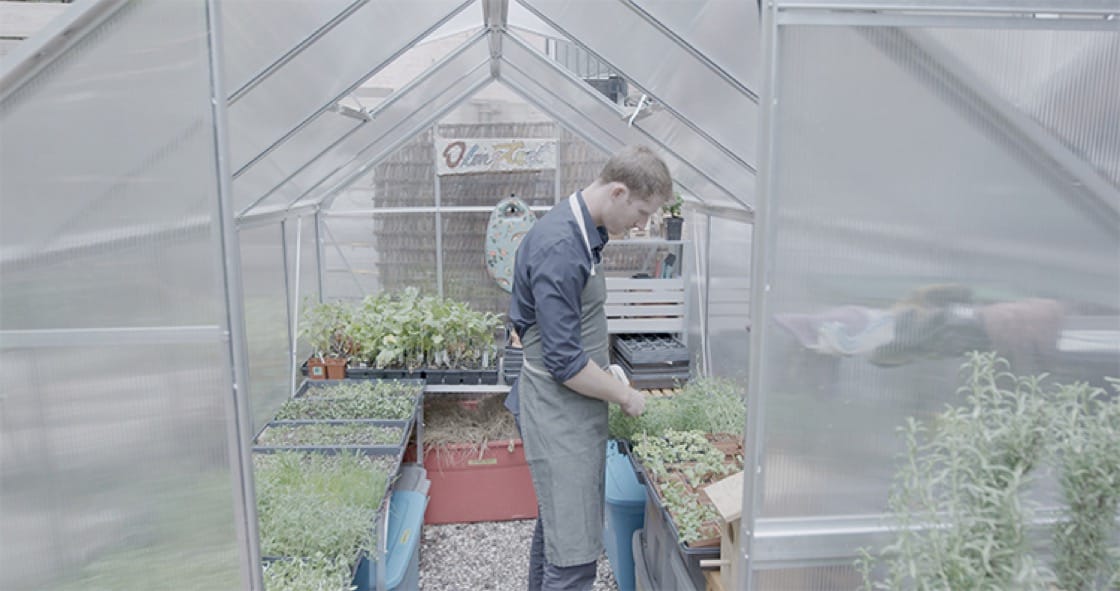 Within Olmsted’s first year of business, the restaurant received a ton of accolades including a two-star review from the New York Times, Food & Wine’s top ten list and Bon Appétit’s top 50 list and a MICHELIN Guide Bib Gourmand, among others.

The Chicago native got his start at Grant Achatz’s famed three-star Alinea before moving to Spain to work at Mugaritz. When Baxtrom returned stateside, he landed in Manhattan where he worked the line at Per Se before moving to Dan Barber’s Blue Hill at Stone Barns in nearby Pocantico Hills.

“The goal was always to open up your own restaurant,” Baxtrom states. “You don’t work at that level of a restaurant to not then try to go alone one day. And that’s still a goal—I still would like to own a Michelin-starred restaurant. It’s what we strive for here.”

For Baxtrom, Michelin is validation from his industry, peers and mentors.

“I love cooking. I love cooking for family—there’s a lot of reasons why I do it,” he adds. “But the part that really drives me is that I want to earn the respect from the people that I respect.” 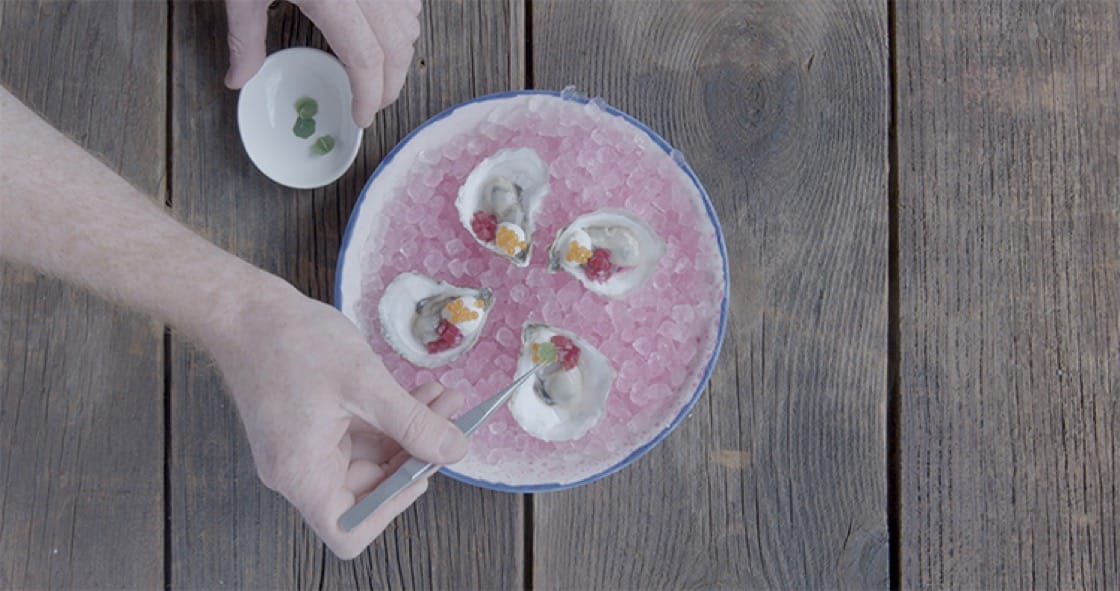 The Neo-Fjordic oysters at Olmsted.

At Olmsted, Baxtrom combines his two largest influences—Alinea and Stone Barns—throughout his cuisine. “It’s for us and the guests,” he shares. “We want to grow what we can and use stuff that we’re growing. It’s walking this line of purpose and approachable. When we come up with a dish, it’s entirely ingredient-driven. We go to the farmer’s market four to five times a week. We’re not looking for the lettuce or the herb that no one else has. We’re looking for carrots and kale and potatoes and tomatoes. We want things that, when a guest is reading, they are comfortable in what they’re ordering and they don’t feel out of place. We’re just going to present it in a way they’ve never seen before.”

Baxtrom notes that his decade-long tenure as a boy scout also drove him to become a chef. “That military type of environment—I thrive off of it,” he says. “I do well in that Per Se, Alinea environment. But the push, I could feed off of the push. That’s something that I feel is one of the biggest challenges here, is that I don’t provide that push here on purpose.”

“I don’t need those people around—it was inside me all along,” he confesses. “At a young age, if you’re going to do it right, you do it right. So I decided at a young age that I wanted to be a cook, so I’m going to keep doing it right. That’s really the stem of it. I want to make my parents proud and I want to make chef Achatz proud. When I was working for Grant, what he was for Thomas, I wanted to be for Grant. And so until I earn that seat at the table I’m going to keep going.”