To say that baijiu is an acquired taste is an understatement. Though the Chinese spirit comes in a variety of flavors as different from one another as tequila is from gin, it has an underlying savory funkiness that Americans find challenging. And yet, those in the baijiu business just won’t give up, and are determined to make China’s number one spirit equally popular in the U.S. If baijiu has any chance of breaking into the American mainstream, though, it’s with Ming River, a new brand that is popping up in bars and restaurants across the country.

Before we dive into how Ming River is making waves, here’s a brief crash course on baijiu: Baijiu, which translates to “white spirits” in Mandarin, is usually made from sorghum but can also be made from other grains. It’s extremely varied and very regional, but generally it can be divided into four flavor classifications: strong aroma (full bodied, spicy, fruity), light aroma (light, floral, slightly sweet), sauce aroma (umami, mushroom, earth) and rice aroma (light, clean, honeyed). Ming River is a strong aroma baijiu, though the label identifies it as a Sichuan style version of the spirit.

The brand is not even a year old, but it comes with a serious pedigree. It’s made at Luzhou Laojiao, China’s longest continuously operating distillery. And the four gentlemen who started the company, though young, are experts in the field. Before teaming up on Ming River, Simon Dang, Matthias Heger, Bill Isler and Derek Sandhaus (who literally wrote the book on baijiu) opened a successful bar dedicated to the alcohol called Capital Spirits in Beijing. 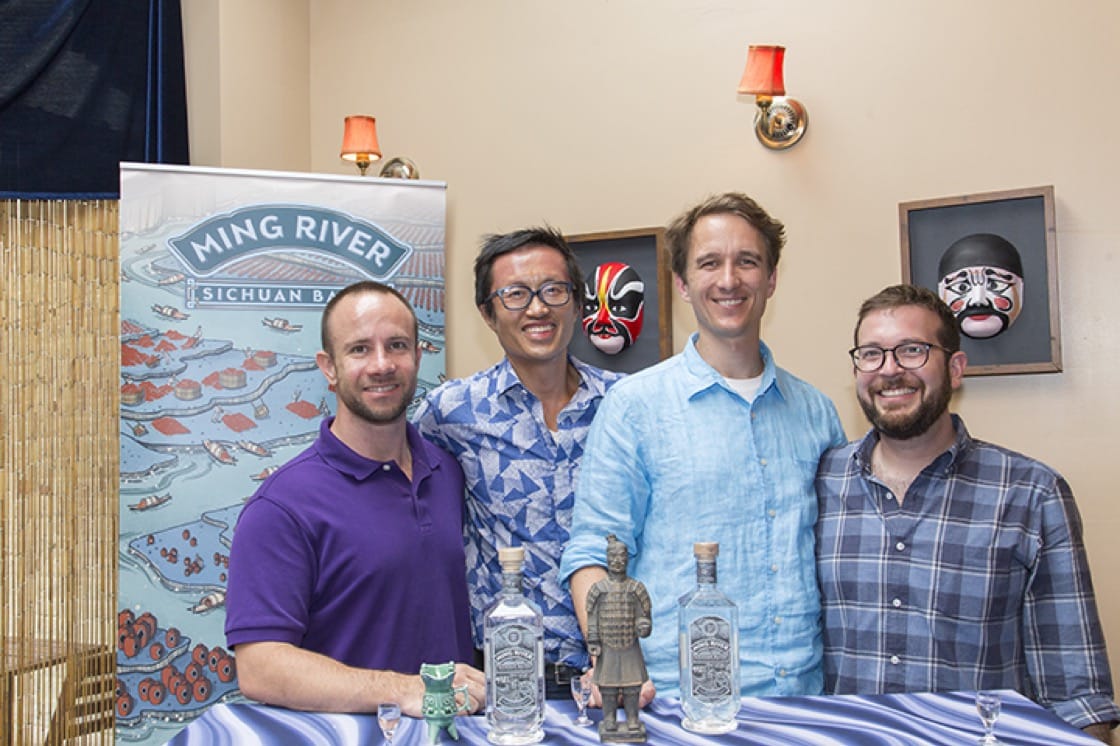 Dang, the global director of marketing, believes that the U.S. is primed and ready for baijiu. “I think the tastes of consumers today are changing,” he says. “People are looking for unusual, authentic flavors.” He looks to mezcal’s past as a prediction of baijiu’s future—a once strange and unheard of spirit that quickly gained a dedicated following in the U.S. And just like Ron Cooper, the founder of Del Maguey, whose marketing know-how and passion kickstarted America’s current obsession with smoky mezcal, Dang, Heger, Isler and Sandhaus are using smart branding and their own love of baijiu to get the Western World hooked.

That’s not to say baijiu doesn’t already have an American audience—you can find it in stores in Chinatowns across the country. But Dang and the rest of the Ming River team are working to give baijiu broad appeal.

Here’s what sets Ming River apart from other baijius entering the market: First, there’s the label. Baijiu labels are almost always in Chinese. It makes sense, of course, but it also makes it difficult for anyone who can’t read Chinese to commit a brand name to memory. Ming River’s label, with its sweeping lines and naturalistic design, evokes the style of its home country without being kitsch. And it’s marked in both Chinese and English. “We market in a way people will see it,” Dang says. 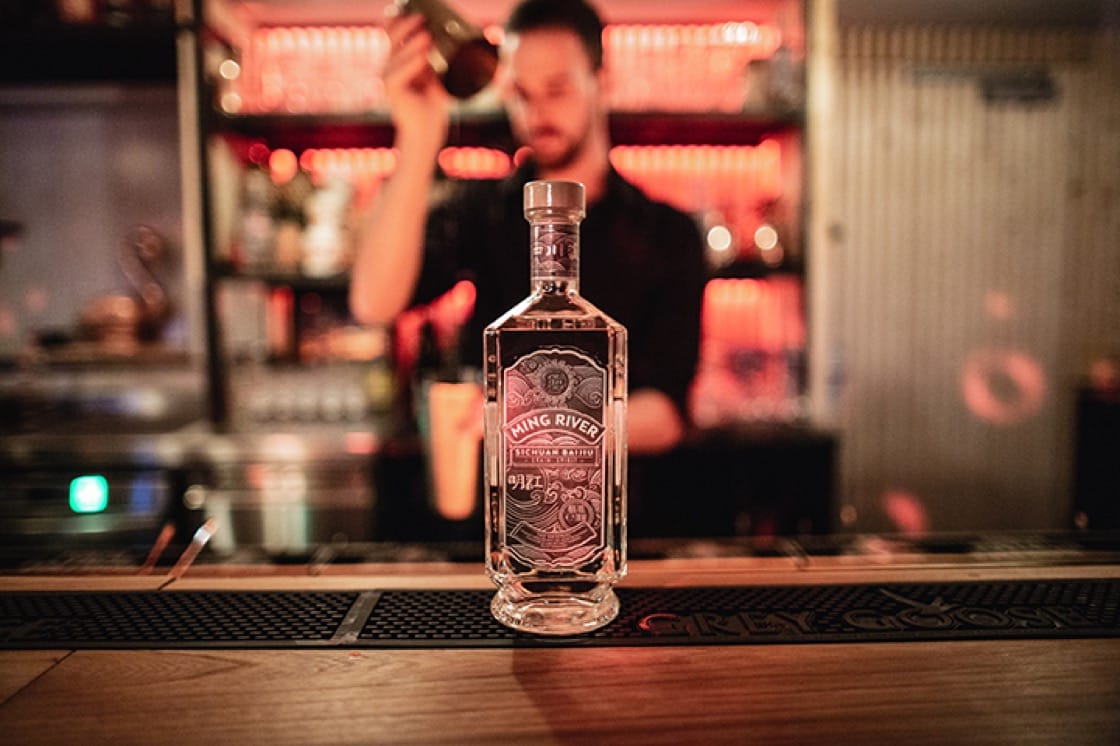 Ming River is also (smartly) using the spirits world’s greatest educators to get their product into your glass: bartenders.

Then, there’s the quality of the spirit inside the bottle. While some baijius on the market in the U.S. are made with mass produced white label spirits, Ming River is quality baijiu made by a distillery that’s been doing it for hundreds of years. Made from red sorghum and fermented the traditional way—in pits with locally harvested yeasts—the resulting spirit is packed with bright, fresh pineapple along with star anise and something sweetly funky. It’s not hiding its true self behind any artificial flavorings. It is not trying to be anything but baijiu.

Finally, Ming River is also (smartly) using the spirits world’s greatest educators to get their product into your glass: bartenders. Traditionally, baijiu is sipped neat with dinner in dollhouse-sized glasses. Americans, typically, don’t drink neat spirits with dinner. And even if we do, we don’t do it out of teeny glasses. While the Ming River team would love it if everyone started pairing their mapo tofu with straight pours of baijiu, they recognize that there’s a better way to ease people into the practice. “If we can get Ming River into every Sichuan restaurant and get people to drink it straight, that would be great,” Dang says. “But there isn’t a big culture of drinking spirits neat with your food in America, so we are introducing it in the form of a cocktail ingredient.” Ming River’s baijiu is already appearing in cocktails at celebrated restaurants and bars across the country such as Kings Co. Imperial’s new Lower East Side location where bartenders mix it with Jamaican rums, apricot, ginger, lime and nutmeg, as well as at The Modern in NYC and Win Son in Brooklyn. Chicago’s Fat Rice also recently featured Ming River on the menu at their New York pop-up.

If Ron Cooper had insisted on people drinking Del Maguey mezcal straight and at room temperature when he first started bringing bottles stateside, it probably would have never caught on. Americans are stubborn. We want to do things our way. Ming River is just leaning into that and, by doing so, the company is opening up palates to the intriguing world of baijiu. If this doesn’t work, nothing ever will.