Welcome to the fungi fun guide.

They're known for their substantial, almost meat-like texture and prized for their earthy, woodsy flavors that lend well to a variety of savory dishes—soups, mousses, quiches, you name it. The Japanese have an impressive trove of delicious fungi, some of which might already be a staple in your pantry. You can use them in a stock, amp up the flavors in chawanmushi (Japanese steamed egg custard) or simply sauté in butter.

Here are six Japanese mushrooms you should know about.

Shiitake
It's probably the most popular Japanese mushroom outside the country itself. Shiitakes have a distinct robust aroma that works beautifully in soups, nabe (Japanese hot pot) and tempura. Fresh shiitake mushrooms eat better when deep-fried in tempura batter, but the intensity of flavors in a dried shiitake hold up better in a broth or stock; just remember to soak the dried mushrooms for at least half an hour to rehydrate them before cooking.

Nameko
It's the second most popular fungi after the shiitake in Japan. Nameko mushrooms are most commonly found in miso soups and are delicious when served with grated daikon in a vinegared soy sauce. In the wild, namekos are harvested on the trunks of dead beech trees; most of the fungus consumed today is cultivated. The surface of the a nameko is coated in a gelatinous slime, giving the mushroom its name; nameko means "slimy mushroom" in Japanese. The small, tawny fungus is largely found canned or, on occasion, dried. 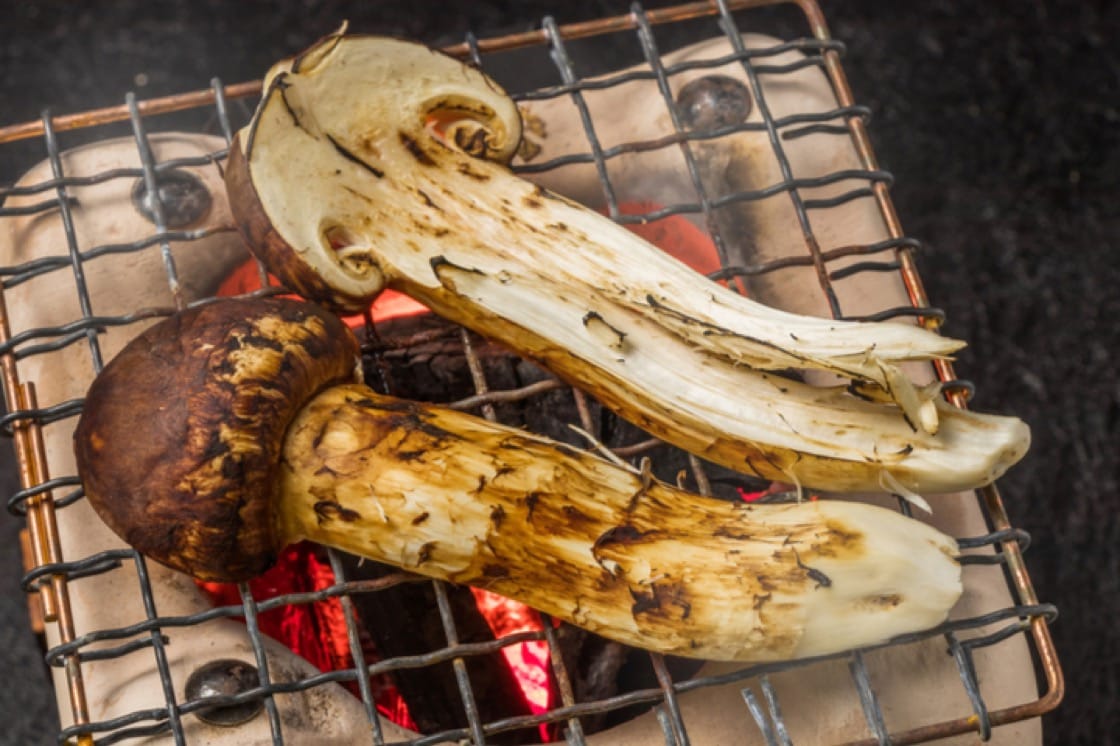 Matsutake
When it comes to status—and exorbitant prices—matsutake mushrooms may be in the same league as truffles and morels. The prized fungus is primarily harvested in Japan, Korea and China. Due to a dismal harvest this year, the retail price of matsutake in Yunnan is peaking at 3,000 Chinese yuan ($452) a kilogram. Matsutake, which can be distinguished by its dark brown cap and plump white stem, grows at the roots of red pine trees. It is best steamed in a clay teapot à la dobin mushi or quickly fried with rice. The fungus is typically cooked and seasoned with a light hand so its aroma isn't masked, and is best consumed within days of its harvest. 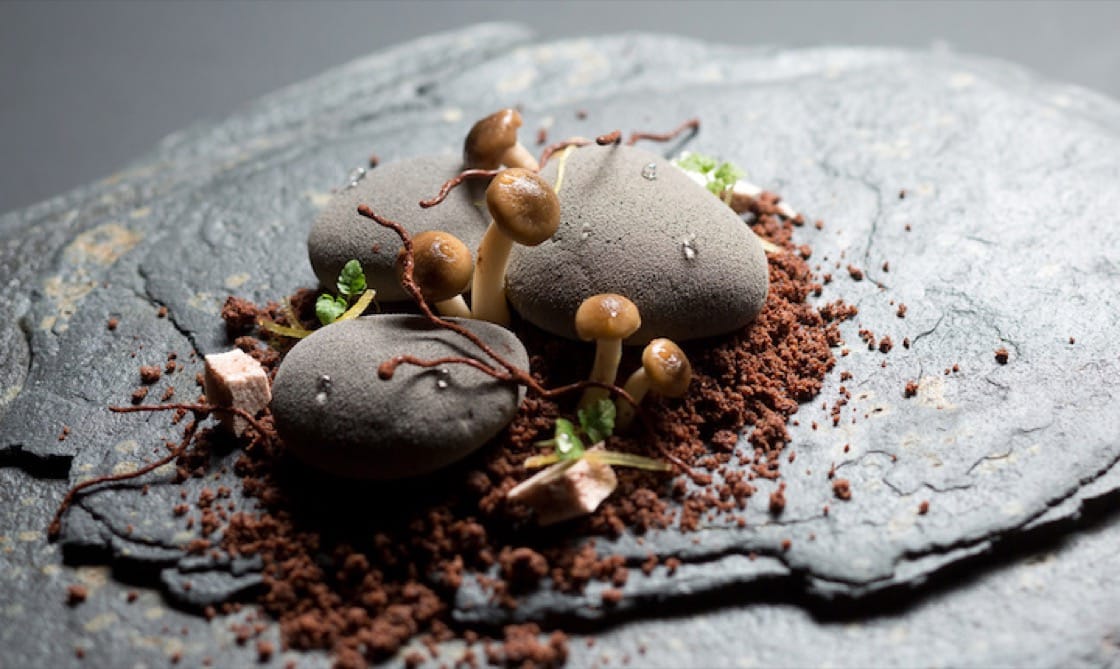 Shimeji
These darling-looking mushrooms have little flavor on their own but are substantially rich and meaty in texture. In the wild, they grow in tight bunches at the base of decaying beech trees. Thanks to a growing number of mushroom farms cultivating shimeji, the fungus is readily available at supermarkets and grocery stores. They're delicious in soups, and mixed with rice or stir-fries, but the one Michelin-starred Corner House at Singapore's Botanical Gardens has reimagined them pickled in a dessert and accompanied by cocoa-dusted chocolate mousse and chocolate-flavored crumb. 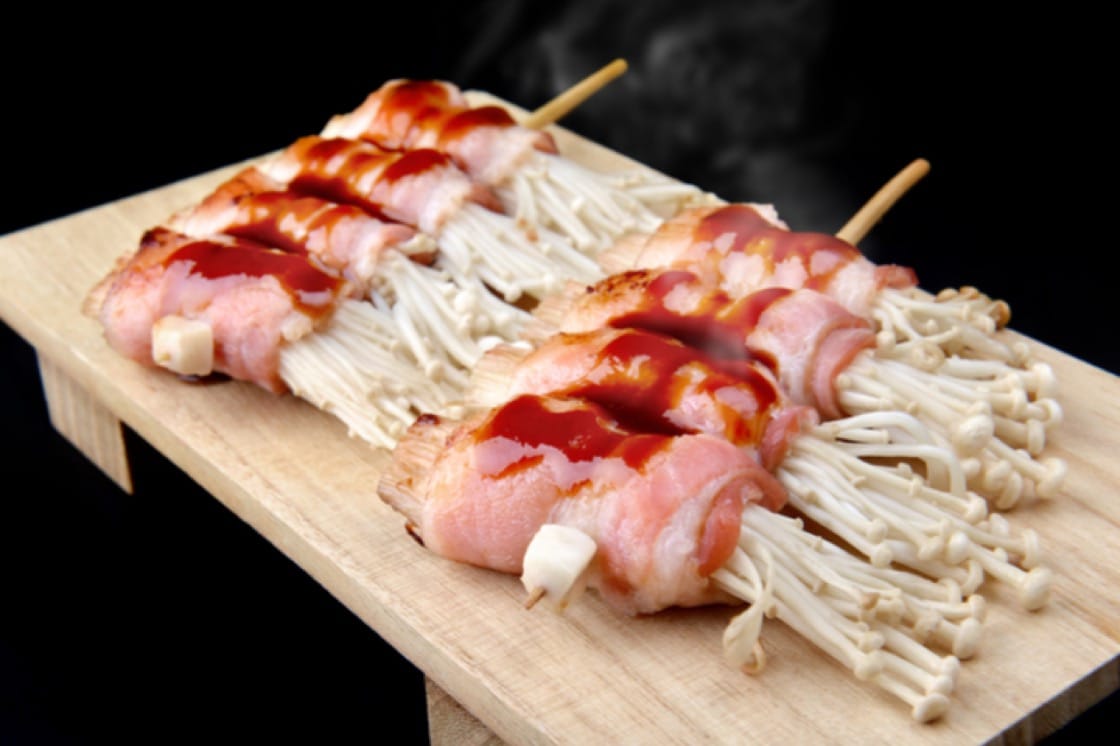 Enoki
Their stems are slender and long, and somewhat resemble noodles when cooked. This stringy, springy fungus is usually cream in color and delicate in flavor, which makes it an ideal addition to broths and soups like the Japanese shabu shabu. Enoki mushrooms are also called golden needle or lily mushrooms.

Maitake
Here's another fungus that's largely cultivated. Translating to "dancing mushroom" in English, the maitake is named for its delicate, frilly caps that make them appear like they're dancing. In the wild, the fungus grows on oak and beech trees in an undulating fashion, resembling the oyster mushroom in some parts. Soft, moist and dense, the maitake lends itself well to being sautéed and its delicate flavor allows for it to be simmered in soups.