For the long days and warm weather ahead, bright, fresh cocktails are just the ticket. Enter the aperitif. This low-ABV drink is meant to stimulate your appetite—aperitif  comes from "aperire," a latin Verb meaning “to open” ("April", too, takes its name from this verb, a delightful nod spring flowers). Gone are the days of importing aperitifs from Italy, France, and Spain; a small but growing number of producers are making small-batch aperitifs in the US, with a focus on lower sugar content and using natural ingredients over dyes. Here are five US-made aperitifs to try—at home or at a MICHELIN Guide restaurant. Cheers!

Napa winemaker Samantha Sheehan and her husband Michael started making wine aperitifs in 2015 with just one barrel of Seville orange. "The plan was to drink it ourselves and give it to friends, so we jokingly called it Mommenpop." The same Northern California grapes Sheehan uses for her wines are fortified with Napa-made brandy; added flavor comes from assorted organic California citrus and a mix of botanicals like rose hips and calendula. Sheehan's favorite is the Seville orange. "I love preserving seasonal flavors, and the Seville orange is only at its peak in California for a week or two. The Seville aperitif tastes and smells like liquid marmalade. My favorite way to drink it is over ice or in a reverse margarita. I would pair it with a triple cream and crackers, the honey note in the Seville is perfect with a rich cheese."

Find it: At République in Hollywood, bar ops. director Shawn Lickliter uses Mommenpop ruby grapefruit as the base of the Papa Hemingway cocktail—"essentially a twist on a Hemingway Daiquiri with the aperitif taking the place of rum. The aperitifs have enough backbone to make that type of substitution fairly easy. They’re light and refreshing without being cloying. Perfect for LA since it’s essentially summer all year long." 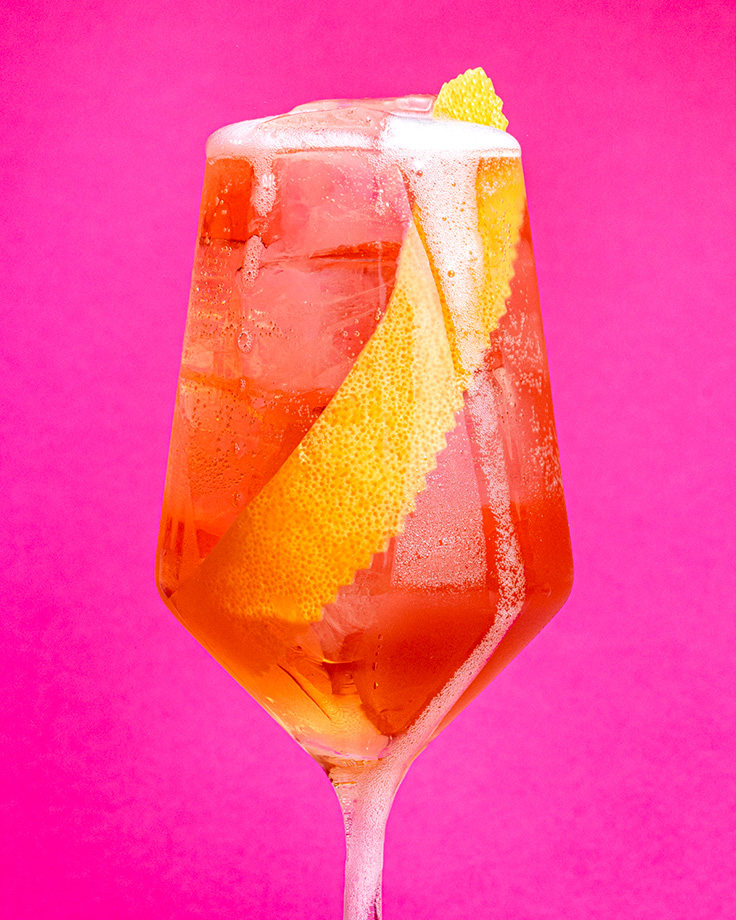 New York
This Meyer lemon aperitif launched in December 2021, bringing a bit of liquid sunshine to New Yorkers desperate for the real thing. Finger Lakes white wine (Traminette) is fermented extra dry to bring out lemon-lime notes and acidity that complement the Meyer lemon. It's then fortified with California brandy and a touch of blue weber agave is added. Agave keeps the sugar content down while maintaining sweetness, something brand director Marissa Reiser acknowledged was very important. "A lot of aperitifs can be cloying, too sweet, or overly bitter. Campari and Aperol can be very high in sugar. Ours has far less, 2 grams per oz. We wanted [Le Moné] to be very natural, easier to enjoy over a long period of time, with little to no hangover."
Reiser says she uses Le Moné as a lemon vermouth in a martini, but says you can go even simpler—pairing it with bourbon to make a Gold Rush, adding a bit of Prosecco for a nice spritz, or mixing it with club soda and Peychaud's bitters.

Find it: At Marea in NYC, head bartender Josh White describes The Limonata—vodka, le moné, nonino aperitivo, lemon, and club soda—as "bright, refreshing, and playfully sour. The punch of sparkling citrus begs for a plate of langoustines and a few rays of sunshine.” 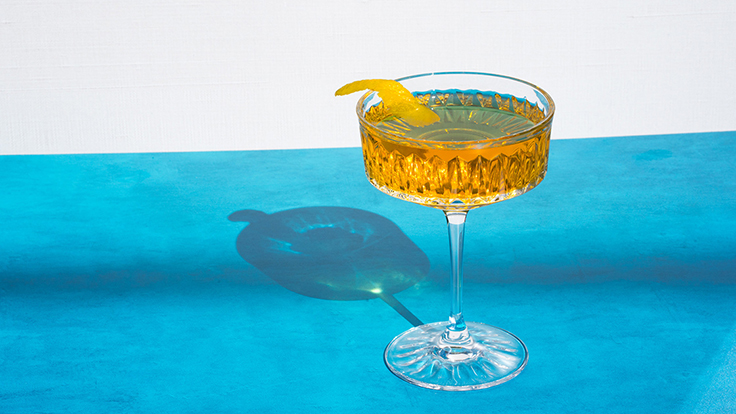 Brooklyn, NY
Aaron Fox and Daniel de la Nuez met through mutual friends and one night over dinner, Fox piqued de la Nuez's excitement when he mentioned he was making amaro at home. Forthave started as a passion project in 2013 and began selling its spirits in 2016. "We wanted to investigate how botanicals moved from herbal medicine into cuisine and bar culture" and the pair began digging into herbs and botanicals and learning how best to extract flavors," and the result is their amaro, the Marseille (the irony of the plague mask sketch isn't lost), with notes of of rhubarb, raw honey, lemongrass, chamomile, and eucalyptus. The goal was to produce spirits "where we were beginning with whole herbs and without processed sugars or artificial colors"; to wit, they use organic certified herbs, Turbinado sugar for sweetness and, for color in the Red aperitivo, whole hibiscus flowers and black carrot extract. If they're cooking, de la Nuez and Fox sip red over ice with some soda water paired with sardines, tinned fish, olives, and cheeses like feta, manchego, and idiazabal. 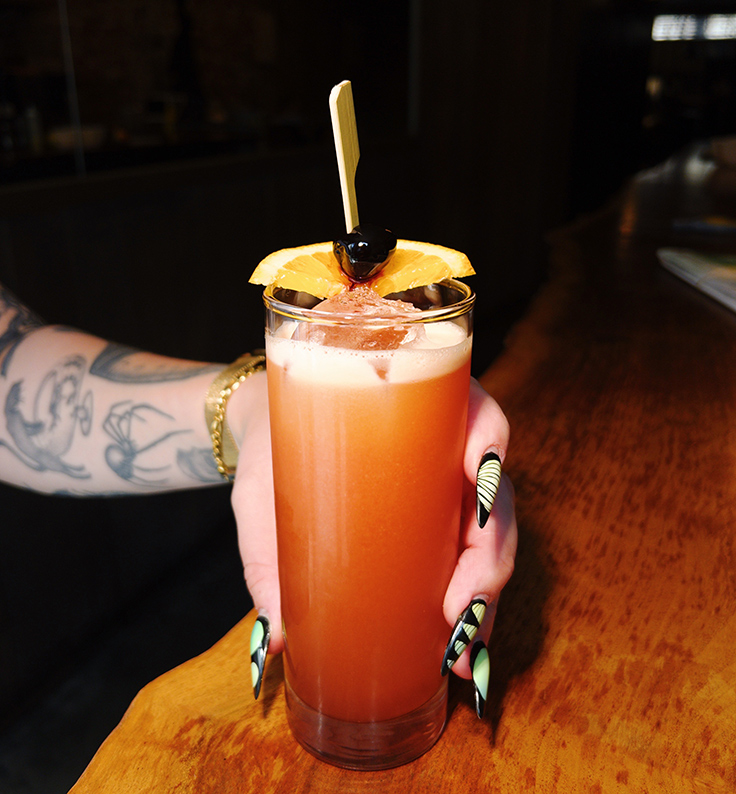 Brooklyn, NY
Patrick Miller fell in love with Italian amaro when he was working at an Italian restaurant in Boerum Hill, Brooklyn. One year he made a batch of orange bitters as a DIY Christmas gift. As with so many things, Miller's foray into aperitifs started out as a hobby. "I started with the aperitivo and the fernet, because they didn’t need to age. The others were being aged in in barrels for 4.5 months. I was making deliveries in an investor’s Subaru to three or four retail shops." The aperitivo is still Miller's favorite, which he sips in an Americano. "I love a red bitter. It’s a really nice balance between the fruitiness of some red aperitivi and the bitterness of the others. Ours has less sugar so it’s easier to drink. The Americano has everything I want: it’s bittersweet, it’s got soda, it’s got bubbles, and it has a nice amount of water in it so I can have a couple. " He pairs it with Cantabrian anchovies, toast, butter, and some olives."

Find it: Zach Mimms, beverage manager and head somm at Pinch Chinese in Soho, serves Faccia Brutto Aperitivo, Amaro Alpino, and Amaro Gorino, plus two off-menu cocktails that you'll have to go in to taste. "Our favorite way to enjoy Faccia Brutto spirits are either straight, or in very simple mixed drinks. We love the Amaro Alpino on the rocks. The Amaro Gorini is delightful when topped with tonic water and a lemon twist. And the Aperitivo is my go-to shot and makes one of our favorite spritzes—2oz aperitivo, 3oz pet nat with cube ice, soda water, and an orange twist." 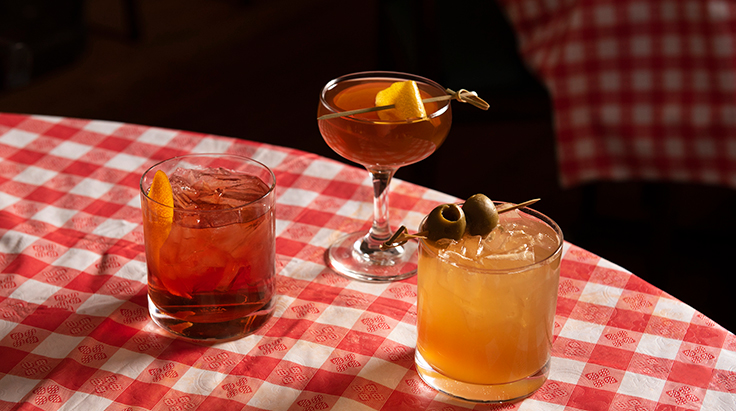 Washington, DC
Master distiller Francesco Amodeo moved to DC in 2006 from Furore, a town in the Campania region of south-western Italy, on the Amalfi coast. He launched this Ivy City distillery in 2012 after making aperitifs for fun and seeing a distillery void in DC. At the bar, tipplers can taste more than a dozen liqueurs. If the number of choices seems overwhelming, look to Amodeo. "I’m a Negroni guy so I go with Luna—it makes the best Negroni. When it's hot, I'll do a spritz with Ambrosia. When I was growing up, my grandmother would make these crostini with basil butter, anchovies, and sun dried tomatoes. It has a nice amount of saltiness and pairs well."

Find it:
Bar manager and cocktail creator Mika Carlin of DC Bib Gourmand Fancy Radish uses Don Ciccio & Figli's fennel liqueur, Finochietto, plus white rum, Capitoline Dry vermouth, tonic, and a float of angostura bitters. Carlin says, "The Finochietto is very fennel forward, vegetal, and grassy on the nose, but on the palate is actually a bit sweeter, presenting licorice candy notes, so I like to balance out the sweetness with tonic water, dry vermouth, and a float of angostura bitters; aside from giving the cocktail a beautiful ombré appearance, this amplifies the vegetal and bitter notes on the guest’s first sip. It pairs well with a shaved raw spring salad, including fennel, of course!" 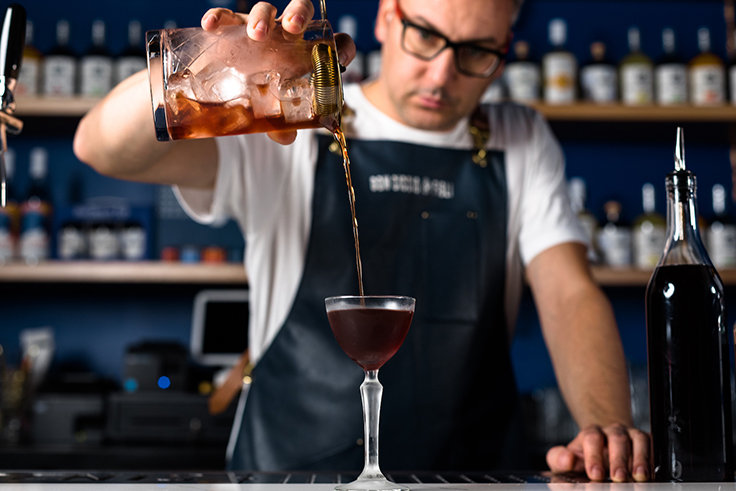