Chef Lin Ju-Wei, head chef of two MICHELIN star The Guest House in Taipei believes in having a solid culinary foundation, relentless practice and a focused attention to detail.

Chef Lin Ju-wei’s daily routine never varies far from this: In the morning, he enters the kitchen of The Guest House to check on the day’s produce, selecting only the best ones; he makes sure to confirm all the guest reservations for the day by noon, preparing the dishes for lunch. Between services, he tinkers about the kitchen experimenting on new dishes. With nary a break, he begins dinner prep at 4pm, starting with the most menial of tasks, like peeling shrimps.

“By doing this, the rest of my team will be freed up to work on other areas, especially those for who can only master the technique if they practice it themselves,” he explains. “Simple tasks like peeling shrimps can be left to me.”

His spirit of leading by example extends to other daily chores in the kitchen such as washing the stove and cleaning tables. Running a two MICHELIN star restaurant is no easy feat, especially one such as The Guest House which offers a wide range of dishes and hosts a considerable number of tables. However, the chef’s work ethic simple: building a strong foundation, paying attention to detail, and getting hands-on. “In the kitchen, it is difficult to lead a team without first being in the thick of things. For me, if I am unable to do something, I will never ask of my team to perform it,” he says.

Born in Jinshan in northern New Taipei, Taiwan, Lin was never academically inclined as child so his relatives encouraged him to work in a restaurant in Taipei to learn some skills. He started with preparing buffet dishes and picked up some Western culinary skills. He then decided to switch to Chinese cuisine after discovering the joy and excitement of the fast-paced kitchen environment in Chinese restaurants.

Lin places great emphasis on building a solid foundation, as he himself worked his way up from being an apprentice to now a master chef.

“Chinese cuisine is a little different from Western cuisine. Techniques used for preparing Chinese dishes often take years to be honed and perfected. For instance, knife skills require at least one to two years to master. Apprentices take more than three years to even be deemed qualified to stir-fry on woks. As a chef, you need to be consistent enough to know if the dish you cooked today tastes the same as you did yesterday,“ says Lin, adding that the most essential quality of a good chef is the constant pursuit of new heights and to keep striving to improve. “If you come to work with the mentality of simply cooking by rote then knocking off on the dot, you will never improve.”

RELATED: The First Day We Got Our Stars: Lin Ju-Wei 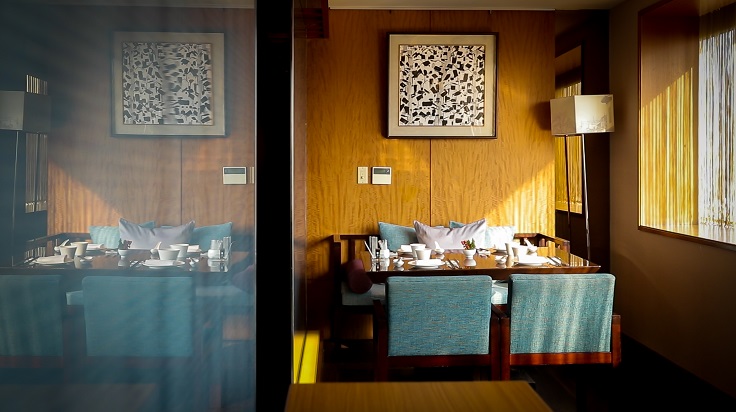 Interior of The Guest House

Greatness is in the detail

For Lin, a chef’s true skill lies in paying attention to even the finest details. At The Guest House, it means impressing guests from appetisers to desserts. The menu features a wide selection of small dishes designed to whet the appetite, each one made from scratch by the culinary team.

A signature appetiser is cheekily named Qiao Qiao Hua (which translates to “whispered secrets” in English), a creative dish made from pig’s tongue wrapped in pig’s ear which is then braised together. Lin shares that his inspiration came from the popular street food of braised pig’s tongue and pig’s ear. He however, has cleverly combined the two dishes which requires much more technique. Although the dish appears easy to prepare, it actually requires tremendous time and effort to create. The pig’s ear and tongue have to be tediously trimmed before they are bundled up, a step which requires care as well in order for it not to break apart during the braising process. Lin shares that it took an entire month of trial before the dish finally made into the menu.

Another dish inspired by everyday comfort food is noodle soup with pomfret fish soup. A simple, umami-laden creation, this dish evokes a taste of home. Lin uses pig’s head to cook the broth, so as to create richer soup compared to the usual bone stock. This is a common technique used by noodle stalls in the rural areas of Taiwan, a trick that the chef has no qualms in adopting into his fine dining repertoire. “As chefs, we should always observe and learn, otherwise we will cease to improve and become stagnant as a result.” 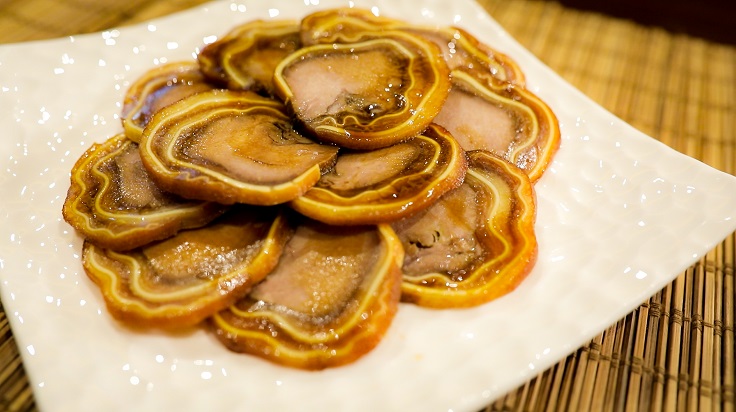 The chef draws inspiration for his cooking from just about anywhere, making sure not to deviate from the dish’s original taste and essence. For instance, his dish of stir-fried diced boneless short ribs with Chinese peppercorn and dried Chili features beef cubes that are sous-vide before stir-frying, giving the meat a soft and tender texture.

A chef not shy of hard work

Lin says that chefs should not be afraid of hardships. Instead, they must be willing to learn and take on every task given to them.

Even on his off days, Lin still checks in on the kitchen and has his staff send photos of dishes to him. He often spends the time dreaming up new dishes, jotting down ideas as they came and trying new ingredients. He acknowledges that chefs do work very long hours but he has decided that since this is the path that he chose, he has never once considered straying from it.

Lin was surprised when The Guest House was awarded with two MICHELIN stars in the inaugural MICHELIN Guide Taipei. He reckons that the distinction is a recognition of the influence of Chinese cuisine and hopes that this will slowly transform the working environment for Chinese culinary chefs.

"As a Chinese culinary chef, I am immensely delighted,” he says. "Now, I truly believe that the path I chose was right. I am very happy with my decision to be a Chinese cuisine chef.”