Inspiration abounds on menu of two-MICHELIN-starred dining destination RAW in Taipei, where chef Andre Chiang's gutsy approach to cooking takes diners on a journey to revisit some of the most familiar and forgotten food traditions in Taiwan.

Take the latest autumn menu as an example. Bearing the grand title “100 Years of Flavors”, the idea is derived from Chiang’s realisation that traditional dishes are almost impossible to replicate, no matter how we try to adhere to the cooking methods of the past. “The braised meat of our parents might have been made the same way as we do, but it would still taste different. That difference might come from the sauce,” Chiang explains.

With this mission in mind, the culinary team at RAW got in touch with their families spread across Taiwan to send them various regional condiments. Alain Huang, who was born and bred in Taipei, also visited five counties including Yunlin to learn the ins and outs of soy sauce making, from washing the koji to boiling and extraction. He also did a thorough tasting of the 68 bottles of sauces, matching them up with different ingredients and culinary traditions and transferred his newfound knowledge into thoughtful written reports. The result is a selection of 14 sauces that now appear in his autumn tasting experience. Some of these products which boast over a century of history are given new life through Huang’s creative touch. 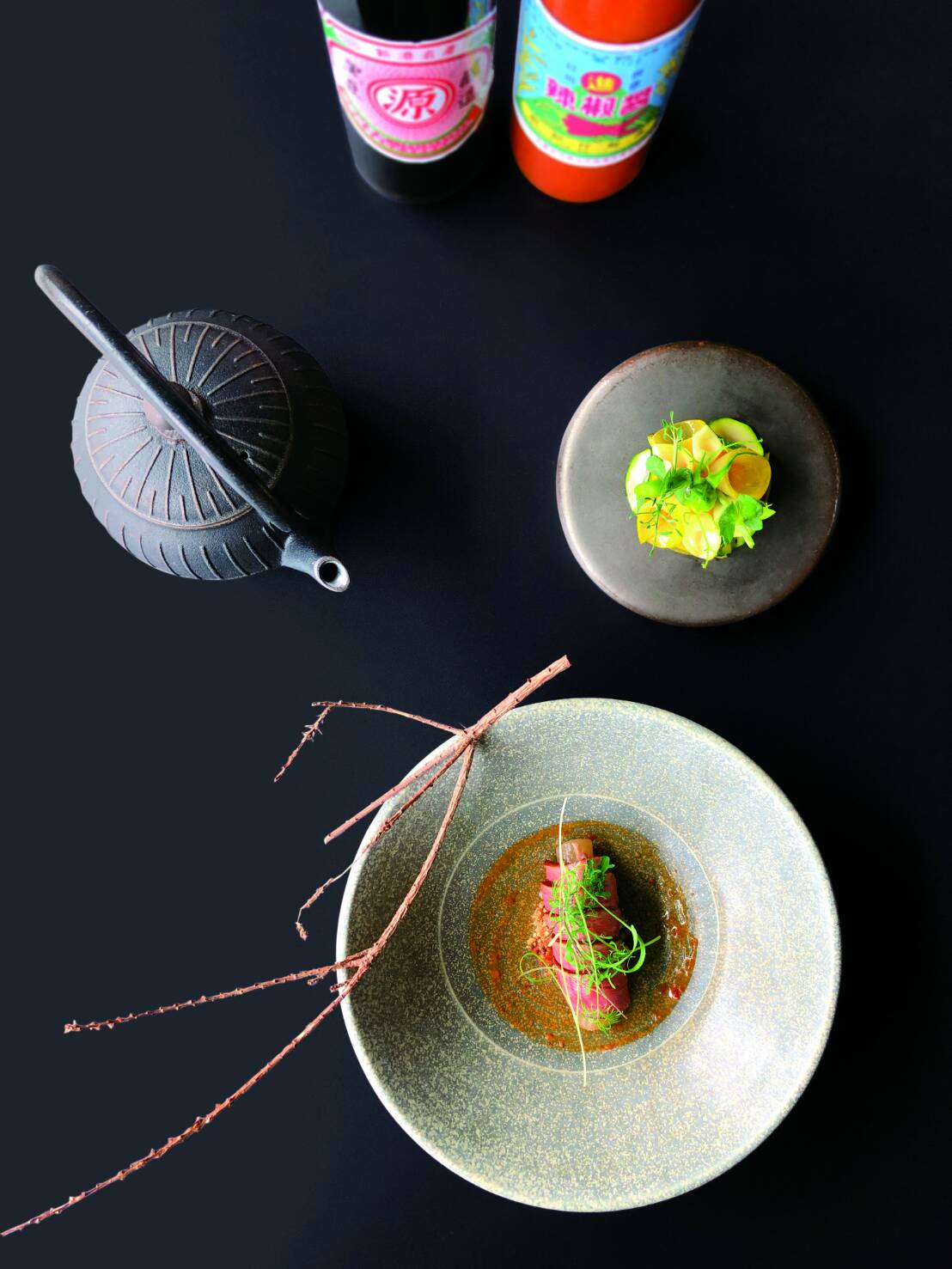 Rigorous as the research process might be, the true test lies in the taste. An intriguing appetiser named "PDTF" is an imaginative take on tofu with century egg (pi dan tou fu in Mandarin). A cocktail glass containing three tofu products — powdered tofu, fried tofu and air-dried tofu skin — is topped with preserved quail egg, Taiwanese caviar and Rueichun soy sauce paste. The special paste, produced in Xiluo in the Yunlin County since 1921, adds great depth of flavour to the dish.

“Hon Shimeji/ 1909/ Pork Liver/ Wild Mushroom” reinterprets the classic Yilan dish of cured pork liver. Braised in Wuan Chuang condensed soy sauce and air dried twice, the liver is shaved into shreds and paired with mashed mushrooms, powdered porcini and a broth of Chinese mesona and mushroom. It is a dish full of umami and the flavours of autumn.

The French countryside meets a Miaokou night market for the main course. Chang Hua county’s famed local duck is served in a clear duck broth atop fish cake seasoned with a chilli sauce that hints of miso. The miso bottle gourd completes this interesting combination of flavours. A myriad of sauces such as white sesame oil, scallion oil, peanut oil, kumquat paste, aged soy sauce, white soy sauce and vinegar are also applied inventively to the other dishes at RAW.

“After gathering all the sauces and tasting them, you come to realise there are so many layers and contrasts among them. Two bottles of the black bean sauce would have different flavor profiles based on their unique production procedures and aging periods. It’s almost like wine,” Huang explains.

Such a painstaking food exploration repeats itself six times a year at RAW. This might sound like a lot of work, yet it is the foundation for RAW’s creative plans each season. Huang has followed the system in the last five years, growing less preoccupied with provenance and more intrigued by flavor profiles. For instance, to him, soy sauce represents fermentation, umami, saltiness and the aroma of black beans. Thinking about that in relation to flavour combination sparks ideas and allows Huang to be open to all food elements to discover the limitless possibilities within.

This shows him how RAW differs from the other eateries. “I think we are very concerned with carrying forward the taste of Taiwan. Therefore, we need to conduct more research on Taiwanese food,” he noted. 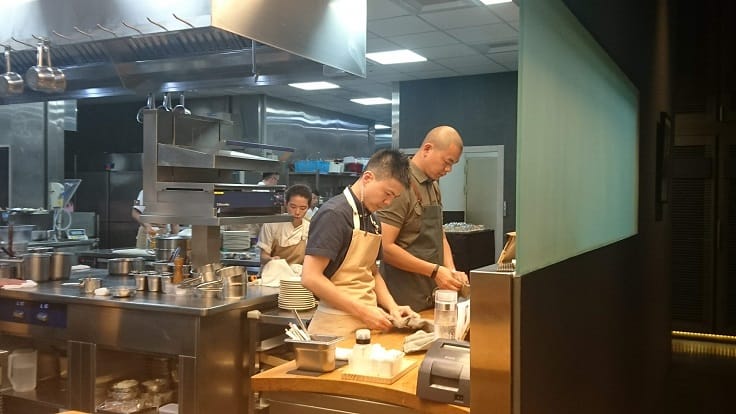 From the day it opened, RAW has been a magnet attracting gastronomes from far and wide. While Chiang is known for his high standards and creative genius, Huang has never disappointed in the past five years with his execution.

“We aren’t too caught up with the talk. We just tell ourselves to do better than the beginning or the last time,” Huang says in his usual reserved and calm manner. 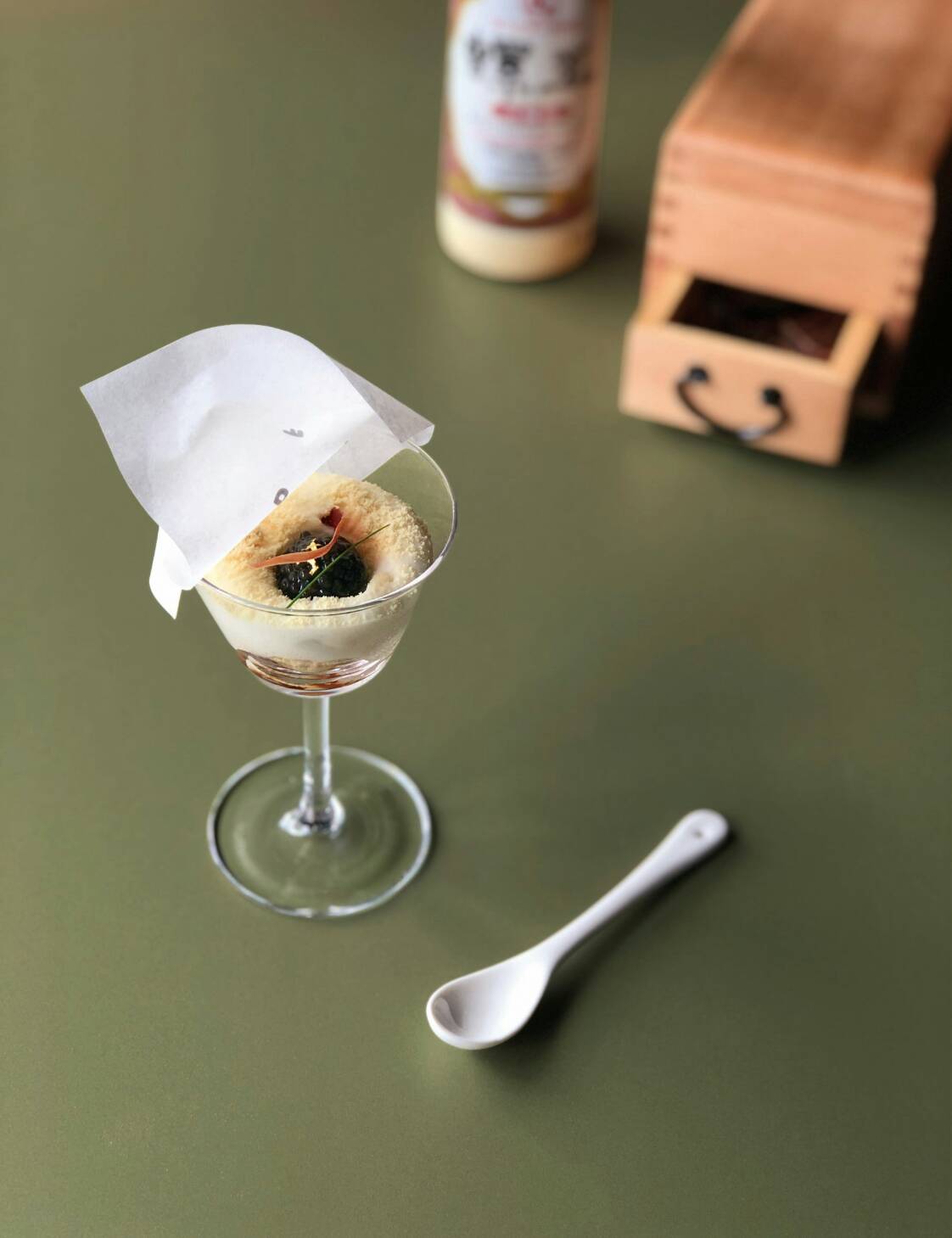 Huang shares that he did not enjoy studying as a child and started cooking for his grandfather in secondary school and discovered his interest in cooking. Later on, he enrolled in cooking school and explored the culinary world through cookbooks and food-themed Japanese dramas.

In the beginning of his career, he worked for Justin Quek’s Taiwanese venture and STAY, saving up money and developing connections to further hone his skills in Restaurant Jonas in Sweden and celebrated restaurant Maaemo in Norway. After that, he moved to France to work at two-star outlet Le Parc Les Crayères. Though he did not stay in Europe for a long time, he returned to Taiwan with his vision, adaptability and courage sharpened, ready to take his position at RAW. 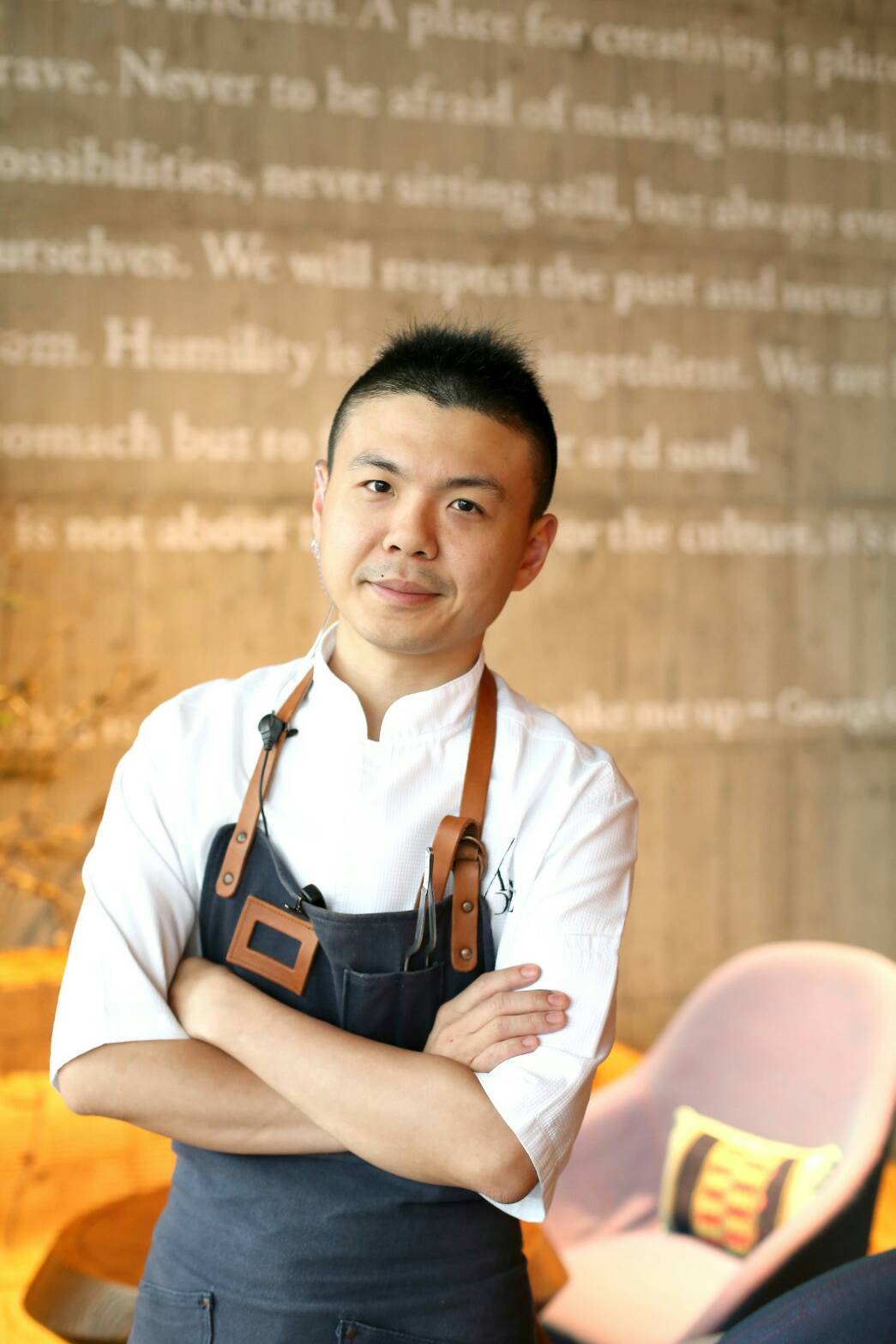 When was your first encounter with the MICHELIN Guide?
I read about the Guide in a book while I was still a student.

How did you feel when RAW received the first star?
In the first year, I was still cooking at the restaurant. A colleague in the company told me about it, and at that time I felt like I had to take on a bigger responsibility and be a good model.

How about getting the second star in 2019?
I was also very happy for the restaurant. But it came with pressure. And that day I still went back to work after the news.

How did you celebrate?
Nothing special. We just thought we needed to do better than before. The satisfaction of the diners is already something worth celebrating to us. But some time later I did tell my team how much I valued their effort. Taking the award means we need to be more meticulous in cooking and thinking about flavour.

How does the star impact your career?
I have yet to feel anything special.

Do you have any advice for younger chefs?
Basically it’s all about choice: you need to make the right choices in your career and choose to take the time to learn and plan your path. And once you know where you’re heading, you need to work your way in that direction.

RELATED: 5 Questions With Alain Huang Of RAW In Taipei On Sourcing Locally In Penghu

The story was written by Hsieh Ming Ling and translated by Vincent Leung. Click here for the original article.